I consider myself a rather social person.  In general I’d rather be with other people than alone with my thoughts, but, I’ve never had issue with going solo in normally “social” situations.

Movies are the perfect example of a somewhat backwards social event.   It’s considered mildly pathetic to see a movie solo, but it’s then considered rude to talk to your group during the event.  I have no issue in seeing a movie alone, and while I haven’t done it much in my married life, it was common for me to see a movie alone in my college dorm days.  It’s possible that I just couldn’t find a date for the Flintstones sequel, however.

I have a random memory of seeing a movie in high school with a group of people consisting of at least one friend-of-a-friend-of-a-friend.   He wouldn’t stop talking and some of my friends gave him a quick shush-it.  He stopped, but before doing so he let the general vicinity know that he comes to the movies to talk.  I didn’t say anything, but recall thinking how utterly idiotic that comment was.  Does he demand quiet in bars, job fairs and high school reunions?   Movies would probably be more enjoyable if everyone in the theater was there alone.  It’s the least social “social” event I can think of.

This, somehow, brings me to the topic of classical music.  About two years ago I discovered how easy it was for me to see a performance at Boston’s Symphony Hall after work and since my wife was generally busy with correcting homework, I often went solo.  I quickly realized how much I enjoyed classical music and was excited to familiarize myself with each piece on my ipod in the weeks before each show.   Apparently the fan base for classical music is dying off so they offer $20 tickets for folks under 40.

There was a lot that I loved about those nights.  First was the complete silence that was inherently demanded once the conductor flicked his magic wand for the first time.  So many times during concerts or movies I need to turn around and give an evil eye to the talky talkidy-talks behind me.  I assume there are snipers in the rafters at Boston Symphony Hall as no one would dream of speaking.  However, you could probably set your watch by the old-man coughs.  I prefer the coughing over the chatter.

The silence makes way for everything else I enjoy at the hall.  It’s hard to escape from the digital world these days with a blackberry at the hip and this is one of the rare times I simply turn it off.  I assume the statues in the rafters would hit me with their sniper rifles if they were to see the distracting glow of a blackberry.    At this point there are only two places where I feel comfortable turning my blackberry off — Symphony Hall and an airplane.  It’s only a matter of time before I can use it on the plane.

The silence is simply required to enjoy the music in the way it was intended.  A screaming shout from a rebellious teen only adds to the metal shows I see but he has no place at the hall.  There’s no way to hear the subtleties of the piccolo or harp if that’s going on and the aging crowd understands that.  Symphony Hall isn’t mic’d and considering it’s often ranked as one of the best acoustic halls in the world, it would be shameful if it ever was. 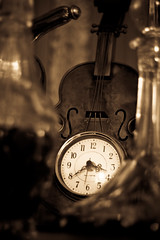 Lastly, as I say goodbye to age 30 there are only a few places left that make me feel young.  Going to bars around Boston certainly doesn’t help as they’re typically packed with college kids that equate being 31 with being dead.   Since the average age at the hall must be around 60, I would most likely be seated next to someone older than my parents.  They’re generally social and often comment on how they’re surprised that someone so young is watching this performance with them.  I also refuse to dress in anything other than jeans which may make me seem younger than I am.  If the symphony needs to bring in a younger audience to stay afloat, they will need to lose some of the archaic dress codes.   I’m part of the no-tie revolution.

With all these positive points why then don’t I always bring a guest to these performances?  When I mention going to the symphony I often get an “I’d like to go some day” from friends.   This is great, and I’m happy to take you someday if you really feel you’ll enjoy it but my guest then becomes my concern… my distraction. 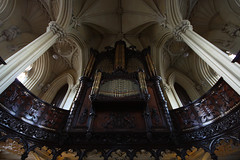 If someone has never seen a performance at Symphony Hall before I feel that there is a preconceived expectation for melody.  They expect to hear Beethoven’s 5th, Ode to Joy or Vivaldi’s Seasons.  Once they get 30 minutes into Dvorak’s Cello Concertos the squirming begins.   The melody becomes a subtle challenge and my guest begins flipping through the program, wishing they could instead check facebook on their phone without being sniped.  Since my guest is no longer having fun, I am no longer having fun.  I am no longer immersed in the music and environment; I feel responsible for the good times my guest may or may not be having.  I start thinking about my blackberry.

I understand that this comes across as elitist.  I don’t have a deeper understanding of classical music than the average person but I know what to expect.  I know what I like and why I like it. 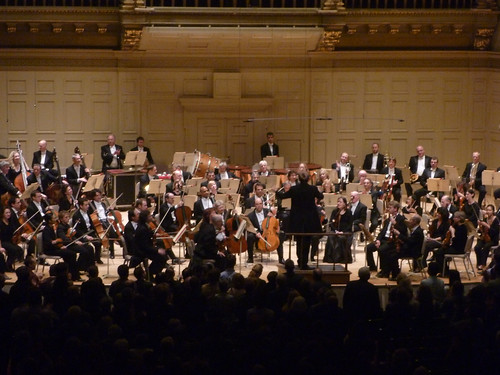