Chicken, Broccoli and Ziti is a pasta recipe that rolls off the tongue, but I can’t find a lot of information about its origin.  As a kid I loved this dish at Bertucci’s and always opted for the white wine sauce, but in recent years the dish has gone downhill as they’ve opted for non-breaded chicken.  There’s no reason you can’t use Rigatoni, or brussel sprouts, with the chicken but the obvious answer is that if you use brussel sprouts, it’s no longer Chicken, Broccoli and Ziti, and the trio just goes well together.   I won’t stress about it, and last night I decided to try and cook it, but in my typical style I refused to follow any recipe.  This is my tale of the making of my version of CB&Z.

I had a box of Whole Foods brand ziti, frozen chicken breast and 2-week old BJ’s broccoli in the house as a base, all of which needed to be cooked individually.  The broccoli was moldy, no ones fault but time’s, but luckily I had a box of frozen broccoli so the chore just got easier.   I took 4 frozen chicken breasts out of the freezer and stuck them in the microwave for about 3 minutes, just enough to allow them to separate.  I placed them in some boiling water, reduced heat, and allowed them to simmer for about 30 minutes.  I’ve found that simmering frozen chicken is the best solution for defrosting frozen chicken.  Finally, I cooked the full box of pasta and took no prisoners.

The sauce was really the only question mark.  My wife is 3-months pregnant and hesitant to consume any type of alcohol, even if completely cooked away.  I went with a cheesy rue combining onions, butter, skim milk and flour before finally adding a bit of Granville’s famous sharp cheddar cheese.  Before uniting the liquids and the solids I sliced up a lemon and sauteed it with some garlic and olive oil.  After enough simmering, all ingredients were combined.  The results were a bit blah.  It wasn’t quite cheesy enough to be considered a cheese sauce, and there wasn’t enough lemon for it to be considered a lemon sauce.   It was missing the zing of the white wine sauce but it served as dinner and lunch the next day in its current state. 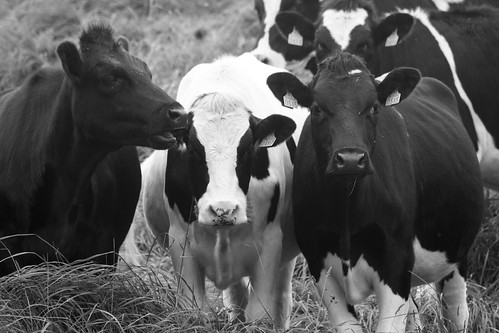 “Psst… he should have just used more cheddar”

To try and look like an official recipe site I’ll include the ingredients for part 1 in pre-formatted italics, omitting prepositions (e.g. “of”):

Fast forward a day and my wife has returned from the doctor who successfully convinced her that cooked-off alcohol is fine. Scooping the kitty litter remains questionably off-limits however, and I’m still waiting for the doctor’s note on this one.   I now have the the doctor’s approval to start phase II of CB&Z.

As always, I started by frying up some onions and garlic in some butter, and once tender, some halved cherry tomatoes and a tablespoon of flour.   I threw my hands up in the air, tilted my head and shrugged my shoulder in a cartoonish aww-screw-it motion before I poured about half the bottle of white wine into the pot, bringing it to a prenatal-approved boil.  Simply because I had them, I finally topped off the mix with some capers, parsley and lemon juice, and a squirt or two of olive oil and allowed it to boil for about 5 minutes.  Here is the list of ingredients for part II:

After mixing the 2 parts together the end result was much better, though not award winning.

Update: If you consider this blog gospel I should tell you that the above was written on Tuesday October 19th.  The post references my wife’s pregnancy so I didn’t want the news to be revealed this way.   I do, however, have a cooking-related update.

Tonight, October 24th, I again experimented with white wine cooking.  I bought a turkey breast stuffed with wild rice at Whole Foods Market for their reasonable price of 3.1 million dollars (but for some reason I still consider them the good guys).    I ended up over-cooking it and thought I’d make some gravy to help out the meat.  I started with the usual process of frying up some onions in butter, slowly adding some flour and milk and then adding a random amount of white wine and low-sodium chicken broth.  I then put some mushrooms and green butter olives in the blender before adding them to the boiling mixture.   I let it boil for probably 15 minutes and added random pinches of salt and flour.  The results were actually surprisingly good.