At this time every year I see a lot of top 20 album lists.  In the past few days I’ve read the opinions of NPR, Rolling Stones, Spin and random bloggers and Kanye West, The Black Keys, Arcade Fire, MGMT, Eminem, Taylor Swift etc seem to dominate the top 10s for 2010.  These artists are fine, I’m sure, but with a few rare exceptions my iTunes would greet their albums as strangers if they were to ever meet. 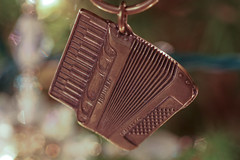 I wanted to make my own list of the top 20 albums of 2010 but it wasn’t immediately apparent to me what actually came out this year.  It’s been a long time since I rushed to the local Newbury Comics at my lunch break to raid the new release rack.  However, thanks to iTunes I can easily sort albums by year.  I can take it one step further and sort all albums from 2010 year by their play count.  This would tell me which albums I listened to most this year, from this year.  It’s not overly scientific since it’s possible I gave an eagerly-anticipated album too many listens only to realize it didn’t ever live up to my expectations.  But after the sort I found it to be a very accurate, and honest, report of what I liked best from the year 2010.  Since albums from the latter half of the year have a built in handicap I’ve made my list a top 30.

I cast my vote for Mark Erelli to represent the Northeast in the fight against CMA-style country music coming out of Nashville today. Austin can hold their own and attack from the West. Florida is already overrun as Jimmy Buffett made a honky-tonk pact with Alan Jackson to discuss international timezones and alcoholism. Mark would be considered Americana music which to me means raw Country music without the prerequisite of being extremely pretty. Instead of lyrics about Gun, God, Bars, America and vengeful tire slashing, Mark sings about love, babies, snow storms, traveling and suburban sprawl. It’s certainly more relate-able for us Yankees.

If I had to hand-pick my top albums of 2010 this would be number 1. Mark singing murder ballads is so ironic I can’t help but smile as the peace-lover sings about wife-murdering.

My most-listened-to metal album wasn’t my favorite metal album of the year. In terms of pure Kamelot albums this release doesn’t hold up next to “The Black Halo” either. After a few dozen listens nothing really stands out to me, but it’s still enjoyable.

I really didn’t expect to like this album as much as I did. He does so many styles here from Funk to Bluegrass that’s it’s hard not to find something to like.

If Lark was on Paul Simon’s “Graceland” it would be considered one of the best singer-songwriter songs of the decade. I’ll give it more time.

The first few Pain of Salvation albums were pure Progressive Metal but their last few have been far more difficult to categorize. Their latest steers closer to a classic rock sound.

I had no idea who this cupcake was until we saw her at the Ryan Lounge during the UMass Boston Folk Festival. Her latest album seems to be her concept album masterpiece featuring far bigger names like Greg Brown and Ani DiFranco. It plays like a musical which is a win in my book.

Of all the artists that may make a top-list at a college radio station, Blitzen Trapper is my favorite. I though that they could never follow-up the beauty of “Furr”, but “The Tree” can force out a second tear.

I don’t think I can say anything about this one that hasn’t been said. I think their tour made a gillion dollars so that speaks for itself. It may be cliche to say that they bring new life to old songs, but it’s true.

These Lovell Sisters are everything you wish the Dixie Chicks could be and I’ve learned to live with the fact that they all have crushes on me. They are moving away from the straight bluegrass sound and are beginning to sound like true singer-songwriters.