In the summer of 1999 I had fully given up on my rock-star dreams and decided that the fall semester would be my last at Berklee College of Music. Music was my Varsity sport in high school. The band room was the only place in the entire building where I may have been seen speaking with a girl, though it was more likely to discuss piccolo parts than to calm our hormones. This was the room where I was always picked first so it seemed an obvious choice to make music a career. 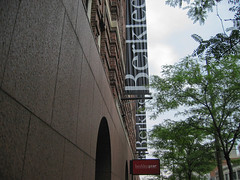 I had never really given my future the attention it deserved, and that had finally caught up with me during that summer, my 3rd semester at the college. While college doesn’t represent an actual dose of the “real world” to the majority of co-eds, it does provide a more realistic vision into this world (with an ominous 4-year countdown). The professors at Berklee seemed to go out of their way to stress the hardships that would befall any graduate of this prestigious music school. It wasn’t the challenge that worried me. I was musically and mentally prepared for it and quite enjoyed the classes. It was the reality that success here would not result in my ultimate happiness that made me change course. I didn’t want to spend my life on the road, even if it paid the bills. Even the film scoring path I was taking would require a move to Hollywood (or at least that was the buzz in the film scoring classes). I didn’t want to cross music out of my life, but I wanted something stable, something normal. To me this meant business school and since I had already moved to Somerville near the subway’s red line, UMass Boston was the logistically sound choice of schools with its convenient red line stop. All of these thoughts and wishes for normalcy occurred before I met your mother, but not by much.

The fall of 1999 semester at Berklee would be a transition. I knew I wasn’t staying, yet I was taking more classes leading me down a path that I knew would soon require me to turn around. In a way this made the final semester the most enjoyable as it removed the stress associated with trying to make money out of this hobby. I remember taking Japanese in addition to the music classes in hopes that the credits would more easily transfer to my new school. Over ten years later and I can still remember my Kanji and Katakana alphabet (no wait, I forgot it all by the next semester. Arigato). 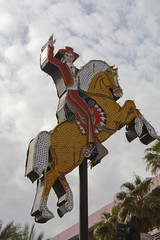 I had become good friends with my randomly selected Texan roommates from the Berklee dorms and the three of us found an apartment together in Somerville for our sophomore year. I was so fully engulfed in their Texan lifestyle that I can still sing the lyrics to Alan Jackson’s “Tall, Tall Trees” (this, unfortunately, is a fact). They introduced me to such culinary delights as brisket and Frito Pie, dishes I try and recreate every so often, but of course, everything’s better in Texas. I’m not one to believe in fate but attending Berklee was the only reason I met these Texan lone-stars. I moved to Somerville because one of the Texans was chasing after a girl attending a college in walking distance (it ended unsuccessfully). I met, and got to know, your mother in Somerville because of decision’s made at Berklee. While the tuition at this school was likely higher than that of even the most premium dating service available, your grandparents may argue that the investment was still worth it as it ultimately led me down a path that produced you.

The subway’s red line served as daily transportation to my last semester at Berklee where I enjoyed the time alone with my Discman [A Discman? Look it up. It’s like an iPod but more pancake like. [An iPod? Look it up, it’s like the chip implanted in your ear that connects you to Steve Job’s cassette tape collection in his basement, but white and more hash-brown shaped]]. I’d pack 2 CDs; one for the way there and another for the way back, and it would be rare to not include something by Styx, Jimmy Buffett, Genesis or Dream Theater at the time. As I had done when a resident of Berklee’s dorms, I went on frequent walks to and around Boston. I was content with the company I kept for these solitary walks and often added an Egg McMuffin when times were increasingly lonely. I was watching life’s happiness from the sidelines of the sidewalks but these forms of digital and culinary company were soon to be replaced as I met your mother before the fall semester barely had a chance to begin.

Great News! We’ve been picked up for Season 2! Click here to see me actually meet your mother; what you thought you were signing up for when you read the first part.