Hey Carm-Carm, Welcome to Season 2! If you haven’t read Season 1 yet this won’t make sense. Please rewind to season 1 first! 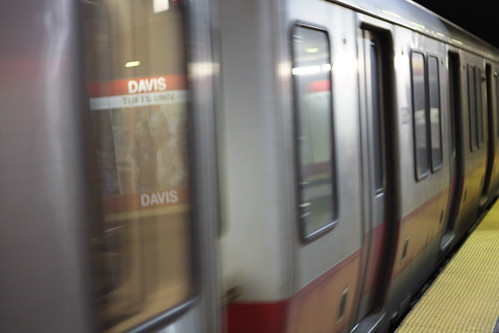 It was mid-September and my memory says it was a Tuesday, though I could probably be convinced otherwise. I had an unmemorable day at school and carried every expectation that the walk home would be equally forgettable. I exited the train and 2-stepped the stairs. I hung a left through the turnstiles and another left at the pay phones (don’t ask). Two more sets of stairs awaited me before I left the musky scent of the train station for the tempting scent of Chinese food and roast beef. After exiting the doors I turned to the right and set my sights on home. It was such an ordinary afternoon so I had no way of knowing your mother was steps behind me, about to change our lives forever. I was probably 20 feet behind the train station when you mother approached me and said…

“Are you walking that way?”

The answer should have been evident to her as I was indeed walking that way, but for a non-player it was the best pick-up line she could think of.

I can only assume that this was my response, though likely lacking the confidence that a naked, printed and capitalized “Yes” holds.

“Can you carry my books?”

It was orientation day at Northeastern and she was carrying a semester’s worth of books. I took the books as if your mother was prematurely flexing her wifely powers six years before we said “I do”. I had known her for less than 5 seconds and didn’t question her orders.

I can’t dictate the rest of the conversation but I do remember it in great detail. Your mother went on to tell me that she had just been diagnosed with mono and had some blood drawn earlier that day. If there is a worse pick-up line than asking someone if they are walking in the direction that they are, well, walking, it’s admitting that you have just been diagnosed with a kissing disease. Her arms were weak and her books were heavy so she didn’t feel she had another choice. Years later she admitted she picked me because I looked like a big dork (or at least less likely to throw her in a trunk). If I had a masculine ego to burst, I assume this would have done it.

Our walk was probably only ten minutes long but I don’t recall a lull in conversation. She discussed how she was “against” both elevators and escalators. It was just nervous teenage rambling and I’d later understand that she had a mild fear of clunky elevators and just preferred stairs over a lazy-man’s escalator. I loved stairs, especially racing up them two at a time. Today I still don’t understand how perfectly healthy people choose an elevator in place of a routine set or two of stairs. To go out on a limb here, I would also assume their drink of choice is diet coke. As I’m pushing you around today in your stroller I’m stuck taking the elevator instead of a breezy set of stairs. Oddly enough, I have yet to gather a craving for aspartame.

Our conversation reveled a slew of coincidences as we exchanged vitals. The only thing your mother knew about me before her greeting was that we were roughly the same age, and based on both physical and verbal confirmation, we we both walking that way. We revealed we both graduated high school in the same year and took the redline to school everyday. We meet a mere steps away from Davis Square and both had a .6 mile walk to our houses, which were only 224 feet away from each other. Now since I considered myself a nice guy I probably would have walked in any direction she wanted for as long as she wanted with no expectations of ever seeing her again and/or ever having children together. I don’t recall even discussing where we lived. We just walked until we landed between our two houses.

As I handed your mother her books back, her brain spun to think of a reason for us to meet again. She invited me to her 19th birthday party that same evening and I don’t think I even considered accepting. But we had an easier, more organic option for meeting again since we both left for school at exactly 8AM; the final and luckiest coincidence. We agreed to meet the next morning and both reserved a bit of pessimism that the other would show. Both of my Texan roommates were home when I arrived. I explained my encounter and as any 20 year old college roommates would do, they wanted to know what she looked like. To be honest, i didn’t really know. I’m not sure I really looked at her.

Would your mother be there at 8 the next morning? I knew that I would be. Not because of love at first sight, but because I’m always punctual to a fault. If I’m 5 minutes late to a dentist appointment I’m sweating like an Italian on a broken escalator without a refreshing diet coke. I arrived on the scene first the next morning, then alas your mother arrived shortly after and walking to the train together became our new routine.

Over the next few months this meeting continued but we also began hanging out together outside of the morning commute. While my piano playing had failed to woo past crushes it seemed to be unintentionally working now. I could play pop songs on demand and spent hours alone familiarizing myself with Tori Amos. Your mother and her friend would sit and sing-along for what seemed like hours on my living room floor. 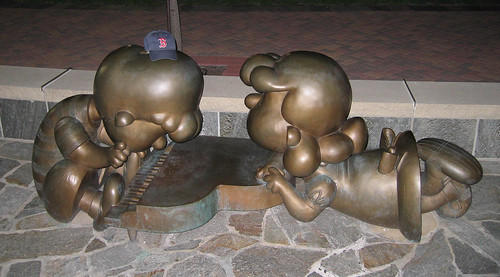 I was blind to the fact that this relationship could move to anything beyond friendship until I was smitten by a bit of jealously. She told me a story about how a boy simply talked to her in class and she was mildly excited about it. I’m sure I would have felt the same way. My smitten-ness reached a boiling point so I did whatever a 20 year-old rebel would do. I got on my 12-speed bike and road. But I road in a direction where I knew I would likely run into your mother giving us a seemingly random reason to talk. The first part of the plan worked fine, but the second fell into a mess of passive confusion. We spoke on my porch about the difficulties of turning 20 and, I can only assume, various other topics. At one point I phrased my pick-up line in the most negative, self-deprecating way possible. It was something along the line of “a girl like you would never go out with a guy like me, right?” I don’t believe your mother gave a true response but her uncomfortable silence was my pathetic strike-out and I considered that book closed. In fact, I was oddly content with us being friends for the next few weeks. At least I tried, right? 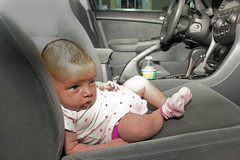 At least 6 weeks went by and we continued our friendship as it was before this encounter and everything seemed fine. I had taken a few college friends to my home town of Holliston and decided that your mother was an appropriate person to bring next, as friends of course. It was about a week before Christmas when we made the 45 minute trek south west to the Metrowest area. Jordan’s Furniture in Natick made for an unexpectedly entertaining early afternoon as we sat in lounge chairs we couldn’t afford. The next stop was to your grandparent’s house where we searched through the (not yet) old yearbook to laugh at the fashion trends of 2 years ago. We had little interaction with your grandparents as your mother put her shy face on. Instead of eating dinner at home we chose to instead go out to Vinny Testa’s (later Vinny T’s of Boston, later shutdown completely). That is when things really got interesting.

In the middle of dinner your mother dropped this vocal bomb [metaphorically] destroying our eggplant parm and chicken marsala, leaving mass-produced pasta fragments on the wall.

“I don’t think we can be friends any more”

We’ll end on a bit of a cliff-hanger here for Season 2. But don’t go looking through old family photos to see if your arm is fading Back-to-the-Future style. My writing doesn’t have the power to change the future, yet. Check out the season finally in Season 3!