Hey Carm-Carm. If you’re reading this first you’re doing it backwards. Start with Season 1 and then Season 2 and then you can read this. If this still isn’t sinking in I put together this Internet Meme graphic assuming it’s still what you kids are into… click me! What’s an Internet meme? It results in pre-packaged humor for those without much imagination or creativity of their own. It’s the current generations Mad-Libs, but far easier to mis-pronounce (was “meem” taken?). Back to the story, the cliffhanger left us on the ledge with this offering…

“I don’t think we can be friends any more” 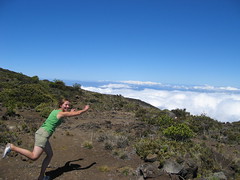 I don’t understand women today, and I certainly didn’t understand them 11 years ago. I’m sure I ate most of the garlic clove before dinner arrived so my breath couldn’t have been pretty. Did my metro-west roots scare her off with its sprawling malls and lack of ethic diversity (outside of Brazilians of course). Maybe my hack attempts at Tori Amos songs on the piano weren’t up to her standards? If you’ve watched enough Lifetime and MTV with your mother at this point you know what she meant. I wasn’t a bad (or stinky) friend. In fact, it was the exact opposite. I was such a swell guy that our friendship was turning into something more and your mother wasn’t quite ready to jump right in. She instead chose to deplane before a crash had the unlikely chance to occur. It’s not the script either of us would have written, but I think even then we understood each other. I don’t recall how I responded, but I’m guessing I lost my appetite. 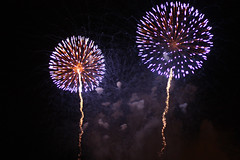 We left the restaurant and returned to Holliston as your grandparents needed to take us back to the train station to return to Somerville. We returned to my room and bam! had our first kiss. I wish I recalled the details that led up to the moment, or had the literary skills to make this moment seem more special or more romantic (or at least less sarcastic). It was certainly special, but it just happened without a whole lot of premeditation. One challenge in this open letter is that I’m not consulting your mother in any way to fact-check or fill in the holes. She can tell you her own version of the story but, despite how convincing she is, I was never left for dead on a chunk of iceberg nor was I ever taken to the master-at-arm’s office and handcuffed to a pipe. 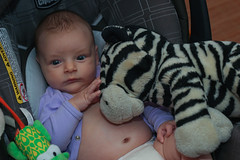 I wish I could say things sailed smoothly from here on out, but they certainly did not. Between our first kiss and our return to Somerville it was concluded that we would not continue our relationship. Sources may differ here and your mother will tell you I was pushing for the girlfriend/boyfriend label instead of continuing to let things fall out organically. We were headed for Christmas break where I knew I’d spend a good amount of time wearing my part-time baker hat but before Christmas hit we met one last time to exchange gifts. I had previously purchased a UMass Boston t-shirt for her seeing I was about to be a student there. But after our Holliston excursion I wanted to get something more so I picked up a stuffed Zebra from the FAO Schwarz toy store in Boston. I appropriately named him Mr. Zebra after the Tori Amos song. For every birthday and Christmas to follow I would get her a different animal at this store until it shut down in 2004. She slept with Mr. Zebra every night until you took up that space in the bed by refusing to sleep in your bassinet, but I’m getting ahead of myself.

We exchanged gifts in my living room as my Texan roommates had gone home for the holiday. Your mother bought me my own copy of a Tori Amos album, as well as as fancy notepad for writing music notation. We watch an episode of Friends or two and the troubles of Ross and Rachel’s on-and-off relationship made us realize we wanted our relationship to be on. We parted after a nice evening (I truly don’t remember what else we did) and said our farewells. We didn’t see each other for Christmas or New Years and may have only seen each other a few times over the winter break (in part because Northeastern’s winter break was, at the time, about a week long). 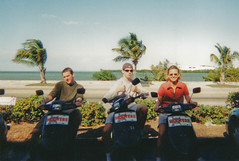 In early January of 2000 I took an extended road trip with Kyle, one of my Texan roommate’s. We took your grandfather’s car all the way to Key West, which for a 1,500 mile ride was a bit much to do in a day without a hotel, but we did it anyways. I learned a lot on this two-week long trip. It’s where I met my mentor for the accept-all-food-as-new-flavors lifestyle I live today. I learned that Waffle House is not good at making waffles and how to, and how not to, ride a moped. I learned that coconuts found in the wild are not as easy to open as an Almond Joy. Did I learn anything about our relationship to cleverly wrap this paragraph up and tie it to the purpose of the article? Not really. But I did think about your mother a lot during this trip, and of course I did miss her. She seemed apathetic to me calling her, but I bought a calling card, manned a pay phone and called your mother at least once. I don’t think the conversations went spectacularly well, but looking back I can write that off as nervousness. Those two weeks are likely the longest your mother and I have ever been apart since the day we met (at least at the time of this writing). I don’t intend to ever break that record. 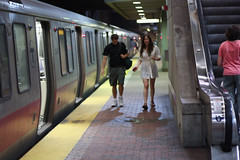 When the Spring semester started for both of us again we were able to fall back on the safe routine that brought us together in the first place; walking to Davis Square. We’d meet after school at your great grandmother’s house where she always had dinner waiting for us, whether we wanted it or not. Her limited English made our conversations sparse and it led me to start studying Italian to earn points with the family. While studying the text book was fun and made for a few laughs, I was given an immersion lesson in broken English. I remember one day Nonna was sitting on the porch as I arrived. She had a foil-wrapped offering for me that she called an “air-o-plane sandwich”. Now I like all sorts of sandwiches but I was quite curious as to what she was offering. Was she going to feed the sandwich to me, mimicking a toy airplane as I take bites out of her hands? No, it was an eggplant sandwich and I graciously accepted it. True points weren’t earned learning broken English or text-book Italian (or being nice to her grand daughter). Points were earned by accepting and eating all the food she offered, and I earned a lot of points. 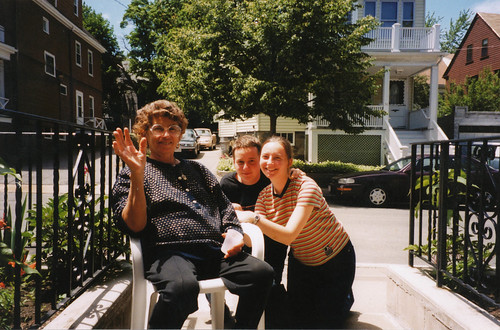 This routine continued until the day we were married. We didn’t fall in love through awkward conversations, fairy-tale commitments and over-analysis. We fell in love deciding what to cook for dinner at Nonna’s house instead of the simmering pot of yard scrapings. We fell in love discovering the restaurants of route one. Our first trip to New York City, to Italy and to Granville, Ma. When we rushed things we stumbled but when we let things fall things worked. If you’re paying attention, this was your mothers intention from the start. She was right.

I decided to leave Berklee before I met your mother, but she was the reason I did it. I just hadn’t met her yet. For many, following a creative dream comes at the expense of another’s dream. Taking a backpack, guitar or paintbrush across the country is often backed by someone behind a desk that loves that dreamer. But my dreams of making music for a living and having a family I could see everyday clashed and I had to pick one. My creative dream came at the expense of my own realistic vision of the future. I gambled on meeting my better half on the streets of Somerville and won. 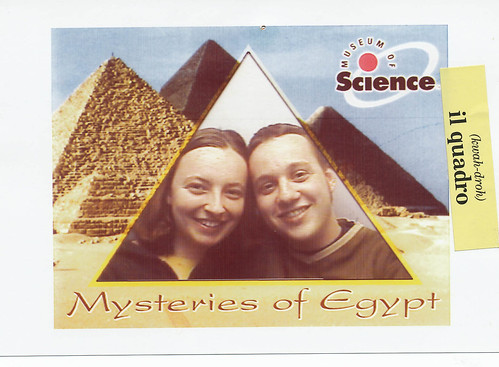 Season 4? Well, no. There’s no sitcom to parody called “How I Married Your Mother”. You’ll just have to wait until this blog is in syndication to read this again.