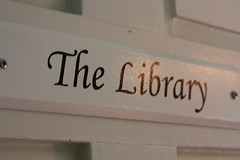 In the 7th grade my reading teacher, Ms. Bent, was older than asbestos. If she is still alive today her organs should be studied. I don’t specifically recall what we did in the class, but I assume we read stuff. What I do remember about the class was that the teacher wouldn’t tolerate the use of the word “like” outside of a simile or preference statement. If a student uttered “I can’t wait until Amy Grant, like, releases a follow-up to her smash ‘Heart in Motion’ tape”, she would stop the student and make them restart the sentence without the trendy stutter. At the time (and today), the overuse of the term just sounded like a ditzy California blonde complaining about the sugar content in her coconut water. However, at the time (and again, today) I understood it was just an unstoppable evolution of the English language and my teacher was trying in vain to preserve the English language of her youth.

Over the past few years I’ve grown increasingly annoyed at the misuse of the words “me, myself and I”. For example, the following sentences are common, but grammatically incorrect.

Please contact Pablo or myself.
Pablo went to the store with Paulo and I.
Pablo and I’s favorite Taco flavor is beef

The trick for proper grammar here is to remove the proper name and see if the pronoun still makes sense. You wouldn’t say “Please contact myself”, “…went to the store with I” or “I’s favorite taco flavor”. That’s what I snarled to myself whenever I read this in an email as if I was placed on a grammatical pedestal of stone. I read an article that theorized why this error has become so popular. The use of the phrase “Pablo and I went to the store” was beaten into us as the proper version of “Pablo and me went to the store”. This worked too well so that any use of “Pablo and me” sounded wrong, even if used correctly at the end of the sentence.

I realized that my silent correction was becoming my inner Ms. Bent and I was doing my part to stop the natural evolution of the English language. If the reading teachers in the 50s and 60s left well-enough alone, the phrase “Pablo and me went…” would have been a completely acceptable phrase and the word “myself” would have never been abused the way it is today. What if monkeys had chopped off the hand of the mutant with the opposable thumb? Pablo and I would have to eat our beef tacos with our 2 paws instead of our single hands.

Creative evolution-analogies aside, I’m side-stepping my ultimate point of who cares. If the new phrase sounds right to most people and doesn’t really take away from the meaning of the word, then it should be a candidate for the English text books. The dictionary publicly adds words every year while the grammar laws are written on ancient stone tablets. It’s true that I would never say “…went to the store with I” but that’s hardly an argument for saying it’s incorrect to say “..went to the store with Paulo and I”. They’re different sentences.

I think it’s well established that old texts are dangerous when they’re not allowed to evolve and change with modern times. If the ideals of the “founding fathers” are used in an argument, just walk away. If “sticking to the gospel” is a requested guideline to a gay marriage debate, it’s best to step out of the cave, mud-hut or ranch house and find new friends. However, I understand why these old texts are still treated as “gospel” today as it gives warrant to someone calling a closet full of automatic weapons “constitutional”, or that calling gay marriage “icky” is God’s will.

But what do we have to gain in stalling the evolution of the English language. The only logical reason I can come up with is that it gives people undeserved intellectual superiority without the hard, thinking part. One can point and say “you are wrong” because an old book said so and there’s really no logical follow-up argument. The pointer always wins.

Words like “thou”, “whither” and “hence” are reserved for olde plays, bible-based arguments and renaissance faire comedies. They’ve evolved out of the English language. But, is the English language now stuck in its current form? I say it is because people (me, included, of course) love to be right, and pointing out the wrong in others. Changing the rules of grammar means that everyone needs to collectively admit that someone else isn’t wrong, just different and now completely acceptable.

Would the world be a worse place if today’s misuse of “me, myself and I” was accepted? I have created some rock-solid proof to say the harm is nil using the smash Lady Gaga hit “You and I”. It’s established that the use of “You and I” in this song is grammatically incorrect. However, I have recorded myself playing the song with alternate lyrics, exchanging “You and Me” with “You and I” randomly. The fact that it’s played instrumentally only further proves my point and the follow-up rendition of “Poker Face” is the icing on the cake for the remaining doubters.

P.S. I’m sure my English-major readers will have issues with about everything I said here. I should say that this is largely a fun, light-hearted comedy post. That should be obvious by the fact that I played a medley of Lady Gaga songs on my keyboard to prove my crazy grammar theories that I didn’t even know existed until I started writing about Ms. Bent. I was just looking for an excuse to record and post myself playing “Poker Face” into my blog organically and somehow this made the most sense. Sure, I see your counterpoint. This will lead to utter English chaos. The walls will fall that surround and preserve the sanctity of 20th century English. Verbs become nouns. Nouns become verbs. Adverbs become sandwiches. People will talk in grunts and devolve into poop-flinging zebras. Men will start marrying horses (wait, what am I arguing – slash – trying to back out of? Did I just prove my theory to all liberal English speakers?)

P.P.S I steered clear of the term grammar-nazi here. There is an uncomfortable trend to compare anything sort-of annoying to the Nazi regime that killed a large city’s worth of people. First it completely belittles the evil that was a Nazi. They performed brain surgery on live victims and it’s somehow comparable to correcting someone’s grammar. I have a joke for everything, but I don’t have one here. Once we have a dictator that murders, say, 1 million people I will see the comparison as fair. I don’t see how it’s comparable to someone who socializes a bit of healthcare however.