You’re a musician that does comedy that will always be known as a comedian with a quirky musical shtick. It’s something I’m sure you live with and have accepted but know not everyone feels that way. In general if you replace your lyrics with the woes of a needy 20 year-old girl they could be a smash hit on Taylor Swift’s next album. I’m a fan of both sides of your work, and while I love the recent album “Lion” I feel like it’s so close to perfecting the genre that the faults need to be discussed.

The comedy/parody song genre isn’t well-advertised. One can go to the comedy section of iTunes but there’s a good chance what you’re looking at is a stand-up album. The comedy song category needs its own genre, but that is unlikely to happen. Current contemporaries include Jonathan Coulton, Weird Al, Paul & Storm, BrentalFloss, Lonely Island, and to a less listenable extent Garfunkel and Oates. The singer/songwriter that also does some quirky comedy is even harder to find; John Prine, Chris Smither and Todd Snider come to mind. Finding additions to this list is difficult and I’m convinced there aren’t too many more hidden away. I recently checked out samples of Taryn Southern’s “On My Face” as it looked to be in the comedy song genre. It was, but listening to the full 60 second sample of “Just Google That…” made me turn away as it was filled with a single clichéd joke. It did not seem to inspire multiple listens and that’s what I’m looking for. 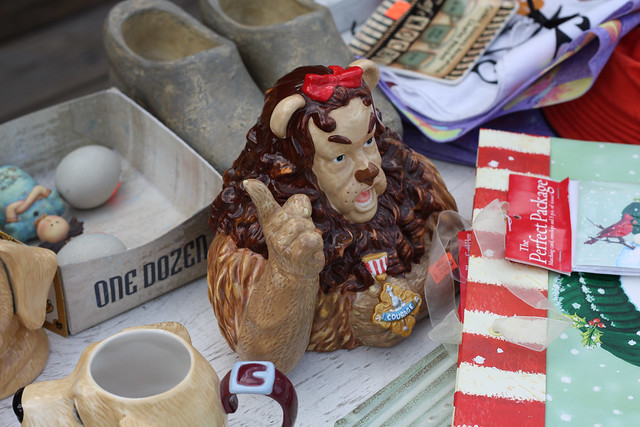 The album “Lion” starts off strong with “Tattoo” and “No Meat”. The line “To-furky To-Fuck Yourself” fills me with smiles. I googled the phrase and while you didn’t come up with it I still give you credit for putting it so beautifully in this song.

“So This Is Outer Space?” slows things down a bit, but not a complete waste. While the chorus clearly now says “You’re on Acid” I originally thought it said “You’re at Macy’s” which I still think is a bit funnier. The punchlines in the versus generally concern acid-related clichés like face-melting and brain-eating spiders but the bridge is where things become a bit interesting when we’re introduced to the monkey character Ramon. The musical change here is a bit drastic and truly sounds Jonathan Coulton inspired.

Lorelei wins me back and I have little to complain about here. Tennessee can be considered a highpoint but “The Night I Laid You Down” is the highlight of the album. It’s a 2 minute duet where you argue with a lady about whether or not a Phil Collin’s song was playing, but you know that, you wrote it. Undeniably original. The live version is interesting as it reveals what the audience finds funny. Apparently, the word Phil Collins on its own is laugh-inducing. What I’ll criticize is the commentary afterwards. While it’s interesting banter between you two, it takes away from repeated listens. Regardless of how funny the joke is it becomes less funny when later explained. This is good advice for all your stuff. To a lesser extend this is true in Tennessee when explaining that Martin Luther King was shot there. The line “Shot in Tennessee” sounds forced instead of the expected “In Tennessee”.

The stretch between “Too Jesusy” and “Whiskey Dick” is largely filler for your standards (or rather, my standards for you). I suspect “The Gathering” was created so you could show a slideshow of Juggelos at your live shows, but the audio itself doesn’t hold up. They play like the next-to-last skit on Saturday Night Live, and “You’ll Do” was just that recently.

“Hey Love” is advertised on your live side as inspired by Gram Parsons and Emmylou Harris and I hear equal parts Simon & Garfunkel. I’m not offended by much and typically snicker to myself when anyone claims offense. However, these lyrics are offensive for two reasons…

The first is obvious as I’m from Boston but to be honest, I see your point. The second is less forgivable. The Nickelback-is-not-good meme is tired. In fact at this point it’s doing more damage than good as it’s letting equally awful bands like Linkin Park get away with their poor contributions to the rock genre. I’d expect Nickelback-is-not-good memes to be the punchline for college frat boys who grow up to be car salesmen without even a slice of humor in their adult lives. You’re better than that. You should be writing memes and slowly walking away, not recycling them.

Those comments may read as though I don’t like the album, but that’s certainly not the case. I write this because I care. You can’t please everyone, and in reading the reviews on Amazon, it seems you can’t please most. Here’s a snippet from a recent review.

“almost every song is so soft and slow that you forget it’s comedy, and in turn forget to laugh. My wife said it best when she stated “I know it’s funny, but i’m too relaxed to laugh.” Musically it’s amazing, and his lyrics are great. The package as a whole just doesn’t work for me, and I doubt i’ll be listening to it many times.”

This accurately defines my opposite feeling towards the album. I want to forget it’s comedy after multiple listens and I wonder if the reviewer would like it if he listened a few more times. However, he’d probably be happier if you were to play 4 chords and read the ‘i can haz cheezburger’ network of sites, or the new Taryn Southern album.