I figured it out. I did the math and crunched the numbers. My twirling chalk board is full and all my pens are chewed. But it’s all worth it because I now know how to make one Ke$ha. There’s no reason to prolong the punchline. 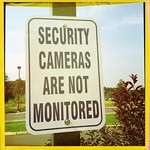 Middle school is the worst time in most everyone’s life. I wasn’t bullied any more than anyone else but there was one fellow 6th grader that I did my best to avoid. We sat together at the lunch table one day bonding over our mutual love of early 90s metal. I was drinking a root beer but my bully friend pointed out that he drinks real beer. I smiled awkwardly. The fact that an 11 year-old drank beer didn’t faze me, but it was additional proof that I need different friends. I have looked him up online a few times in the past decade and find no evidence that he’s still alive. I’m not sure they allow you to maintain a Facebook account in prison.

I recently watched all 3 (short) seasons of Eastbound & Down on HBO. Stevie Janowski is the loveable side-kick to the Napoleon Dynamite-like Kenny Powers. But, while in his late 30s, he takes his one-liners from the canon of my middle-school bully. There are many to choose from, but this line sums him up best.

“You and me are the only cool people here. Everybody here is just a bunch of posers, and hos, and $#!& heads.” – Stevie

Bradley (nicknamed B-rad) is a character on Workaholics with Down Syndrome. He also has a ridiculously filthy mouth.

“Ya, MY house of pancakes, I’m starving! I’m an adult, I can stay out as late as I want… Get this shorty some short stacks, and f#$% chicks” – B-Rad

Put these 3 people together, and somehow, I believe you get one Ke$ha. I’ve said a lot about pop music on this site, and often I defend the pop star, or don’t directly blame them for their own blandness. However, Ke$ha is hard to defend and from a musical standpoint unlistenable. That may not sound like harsh words but I find Justin Bieber and Miley Cyrus, at times, listenable. They are hummable after the first listen and provide entertaining piano fun for my 20 month-old daughter to hot-step to.

I struggled in how to define Ke$ha, but for some reason, I felt it my responsibility. The best I could do is compare her to a set of mostly fictional characters where the result is a mostly fictional Ke$ha. Like Pink, she doesn’t care what you (the listener, the blog writer, the man) think of her. However, she insists on reminding everyone of that fact. Let’s look at some lyrics.

“DJ turn it up
It’s about damn time to live it up
I’m so sick of being so serious
It’s makin’ my brain delirious
I’m just talkin’ true
I’m tellin’ you ’bout the shit we do
We’re selling our clothes
sleepin’ in cars
Dressin’ it down
hittin’ on dudes, hard”

To me, it’s a list of cool things that will piss parents off, so I suppose I see its appeal. But the annoyance comes from its list form, and not really its content. I imagine that Ke$ha entered a time machine and traveled 65 years in the future. She finds the people still circulating memes about how scientists are still on borrowed time on creating the hoover-boards from Back to the Future Part II. She asks the now senile 80 year olds to write down cool phrases for when they were young, in the year 2013ish. She pastes them into her old fashion iPhone 5 and takes them back to present day where she cuts off all the trailing “g” characters. That was a rather weird way of saying her lyrics sound like an old lady from the future just listing cool and rebellious things. 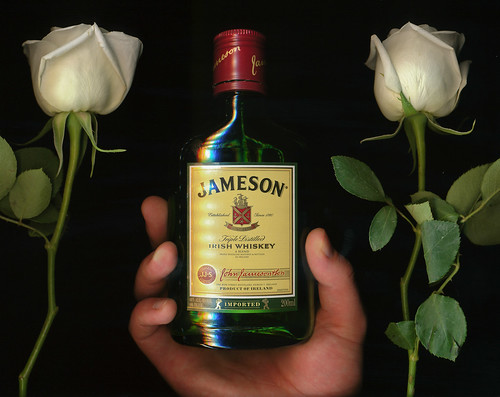 Everyone’s familiar with these Johnny Cash lyrics from Folsom Prison Blues. While a bit tame today I can see them as rebellious and shocking for something written well over 50 years ago. He even leaves off the trailing “g” characters, still a staple in modern rebellion.

I hear the train a comin’
It’s rollin’ ’round the bend,
And I ain’t seen the sunshine,
Since, I don’t know when,
I’m stuck in Folsom Prison,
And time keeps draggin’ on,
But that train keeps a-rollin’,
On down to San Antone.

When I was just a baby,
My Mama told me, “Son,
Always be a good boy,
Don’t ever play with guns,”
But I shot a man in Reno,
Just to watch him die,
When I hear that whistle blowin’,
I hang my head and cry.

The classic line “But I shot a man in Reno, Just to watch him die” still hits like a ton of bricks. I can only imagine its impact on housewives in the 50s. It’s still relevant and powerful today because it tells a story and is not a simple list of things cool in the 1950s.

I can see where the Johnny Cash > Ke$ha compare isn’t far. I’m sure Johnny Cash has his share of crappy songs and Ke$ha may have a “Stairway to Heaven” that I just haven’t heard yet. But my point is, I think, every time I hear a Ke$ha song on the radio I hear a list of strung together rebellious chants. I’m sure there’s a story behind “hittin’ on dudes, hard” and I’m ready to hear it.