The title sounds sarcastic, at least when I re-read it it does. But it’s not. I’m sure Honda cares as much as the next car manufacturer cares. Their cars are reliable, probably more so than most. 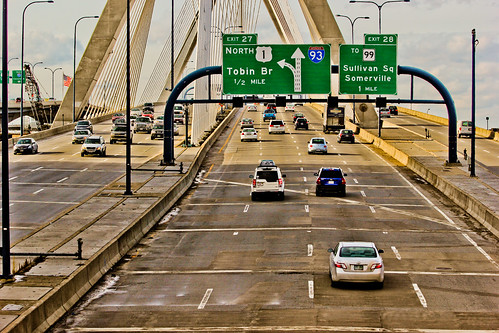 When I purchased my first new car in 2006 I went with the Honda Accord. While it may come off as a bland and predictable expression of myself, all I wanted was a car that would reliably run and be familiar to a mechanic. I may not stand out, but I’d always show up.

Last month my Honda Care program expired, which was their equivalent to AAA for road side assistance. As soon as the date approached I signed up for AAA not even considering renewing Honda Care. They are now calling and sending urgent letters, warning of certain death-by-flat-tire if I don’t sign-up again. I’m not one to complain about bad service as it more commonly reflects upon the individual and their mood rather than the general attitude of their company. However, my 2 calls to Honda Care resulted in additional help calling the first responder an “idiot”. These are my tales.

In July of 2012 I packed the wife and 14 month old kid in the car for the 194 mile trek to Oak Hill, NY for the annual Grey Fox Bluegrass Festival. Approximately 7.6 miles into the journal (3.9% there) I heard a popping noise, as if I just ran over some route 2 road debris. The event left my mind in four seconds. Five seconds later I heard a helicopter overhead and peered upwards like a 5 year old to try and catch a glimpse. But nothing. A few seconds passed and I realize the helicopter noise was coming from my back right tire. I pulled over.

My back right tire was completely empty on the side of a busy Boston highway. There’s no reason for me to embellish my tool-related skill on a website that shares my full name. People don’t come here for car repair advice, and according to Google Analytics, people don’t come to this site for non-car repair reasons either. But to the point, I had never changed a flat tire before and I wasn’t comfortable having my first attempt be on the side of a busy highway while my wife and kid watch, disappointingly. I did what many others would have done and called for assistance; Honda Cares in this case.

The original call went as pleasantly as can be expected. The lady said she sent someone out and didn’t demean me for not just dealing with it myself. That’s all I would expect. The service man came in about 15 minutes looking as if he had already spent 3 days at an outdoor bluegrass festival. After about 5 minutes of poking at the car he asked me for the lug nut keys.

“What are lug nut keys?”, I probably said. I don’t lock any other individual part of my car. If someone wants to take my license plate or back windshield there’s little I can do to stop them, but I’m not going to individually lock those components. I later learned that car dealers lock all tires on new cars on their lot for insurance reasons. No one wants to steal my old tires, but plenty of people want to steal the brand new tires on the dealer’s lots. Since I had always had repairs done at the dealer this had never come up. I assume they have a copy of this key. But to answer the guy’s original question, no, I didn’t have the keys.

I bought my car in 2006 but luckily I stored some memories of the purchase in long-term storage. Other than the keys and a pile of paper work, the car salesman handed me some lug nuts. I didn’t really care why so I stored them in my basement. I figured they were optional stylistic options to make my new car more fashionable with current lug nut trends and I wanted no part in it. But I put the pieces together and realized these were the keys and rather than store them in my basement, I should have been storing them with my spare tire. The repair man looked at me heartlessly, but said he’d stick around for the tow truck to come.

But there was another option. I called my father-in-law to retrieve these lug nuts from my basement and bring them to use on the highway. During this phone call the repair guy handed me a clipboard and asked me to sign something. I’m distressed and on the phone, so I signed. I assumed it was just a confirmation that someone came to help me and I didn’t think much more about it. However, before the call with my father-in-law ended the repair guy drove away. I likely signed a document that said “yes, please leave me stranded on the highway with a flat tire, it’s cool”. Honda didn’t have to care.

Calls back to Honda Care went unanswered and I never spoke to them again. They didn’t call, write, text, or send someone to actually help me. My father-in-law came with lug keys an hour later and I was now back where I started; on the highway with a flat.

My ultimate savior appeared at first as a distant threat. A giant highway-style lawnmower was slowly approaching, but we had nowhere to run. I walked towards it as running over my family would be a sour ending to an already frustrating day but I imagine not running over stranded civilians is part of their highway department training.

I explained to him our current situation and he was quick to call the previous Honda Care employee an idiot. His friend arrived a few minutes later in a highway truck to shield my car from oncoming traffic. Together they successfully changed the tire and sent us on our way.

This story happened sometime in 2009, probably, and is far less interesting than the previous. However, the fact that the first responders from Honda Care were called idiots on two separate occasions is necessary for this article to work.

The wife and I, and my friend and future ex-wife, were returning to my car after a night at Johnny D’s. The car wouldn’t start. The key turned but did nothing, as if someone had removed all the stuff from the inside of a car that makes it work. The interior lights were working so I assumed it wasn’t a battery issue, but that assumption turned out to be wrong.

The Honda Care guy came and quickly determined it was the battery. He jump started the car and sent me on my way with instructions to let the car run for about 45 minutes. The car choked and stuttered all the way home and the lights dimmed with every hiccup. Despite this the car made it home and I left the car running in the driveway for the full 45 minutes as instructed. I woke up to a car that was again lifeless.

I called Honda Care back and they sent over someone new. After he looked at the car he was quick to call the previous guy an idiot. It was clear to him that another jump start would only prolong the necessary replacement battery and would likely leave me stranded again. The car was towed to the dealer and the battery was replaced.

While watching the highway department change my flat I payed enough attention to be somewhat more self-reliant. About a month ago I returned to my car in the parking lot after a day in the office. From a distance I could tell me car was leaning and off balance but I convinced myself it was a post-5PM illusion. It wasn’t; my front left tire was flat.

A few options went through my head. I could go back in the office and just work until the problem magically goes away. I could call AAA and have them deal with it. I could go back in the office and whine to whoever is in the office to come and help me. All fine options, but I just started doing it myself, copying what the highway department did back in July. I assumed I would reach an impasse eventually, but I just kept going until the new tire seemed secure. I drove away slowly, thinking it couldn’t possibly be this easy, but it was and all was fine.

For the next few days the do-it-yourself high made me secretly want to stop and help all stranded motorists with the advertisement of “hey, I changed a flat tire successfully, once”.