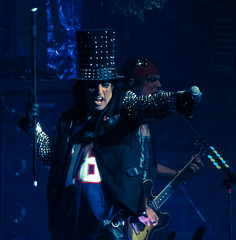 As of this writing my YouTube piano cover of Alice Cooper’s 1989 hit “Poison” had 4 views. It’s not the best cover, and not the worst either, but it’s unlikely that Alice Cooper himself was one of those 4 viewers. The fact that thousands of people learn and record covers of his music as a collective likely makes him smile. However, my contribution was noticed only by select friends, family or by accident (or any combination of those).

I’ve been recording myself playing piano more frequently in the past year or so, mostly for my “Top 30 Albums” project or, as in the case of “Poison”, sometimes for no reason at all. With the millions of other piano players out there I’m grounded enough to realize my target audience is myself. It’s a public archive of songs I’ve picked out and deemed worthy to record. However, last week I had an idea to actually make a YouTube viewer smile. I wanted to record covers of songs that would have few (or zero) competition on YouTube. These are songs written by people I know personally, or have known in the past, and of course, respect as musicians… one video for every view my cover of “Poison” received.

The Joe Hart Band “Never There”

Melissa Rae “Until You Say Goodbye”

The title of this entry comes from the recent Peter Gabriel album that gave me the idea for this called “Scratch My Back“. He recorded an album’s worth of covers assuming that the artists he covered would return the favor and cover one of his songs. It’s a bit egotistical, but he’s Peter Gabriel and rarely asks for anything he doesn’t need. I titled this entry “Scratch Your Back” as I haven’t quite earned the respect of Peter Gabriel. None of my songs have been used in coming of age movies, or iconic 80s music videos.

I don’t expect anything in return but a smile. These 4 videos will likely have about a dozen views after this is shared on Facebook. At least one of those views will ideally be the original artist and that will make me smile.

P.S. Well, I do have a collection of midi songs I wrote in high school and a bunch of stuff I wrote right after Garageband came out. Have at it.