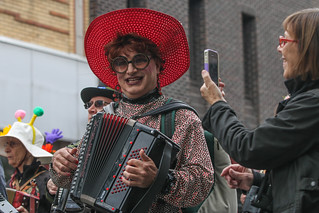 This year I’m keeping things the same as my 2012 list for my annual “Top 30” list. I am again ranking the albums in order of iTunes play counts and then playing at least a few minutes of one of the songs on the piano for no other reason than because I can. What else makes my list different is that I’ve also considered albums that came out in the month of December. In full disclosure, no albums from December are represented below, but they were considered. The following are the top 30 albums by my personal iTunes play count for 2013:

There were a few hidden clues to suggest that Aoife has become a brilliant song-writer. First, I convinced myself that “Thursday’s Child” was a cover and upon googling it I discovered a David Bowie song by the same name. Being the all-star detective that I am, I considered the case closed and assumed she covered a David Bowie song. Only later did I realize the songs are only similar in name. I also heard the song “Red & White & Blue & Gold” play at the Black Dog shops in Martha’s Vineyard proving she’s marketable to rich people on vacation. There’s no debate that she’s now become a brilliant songwriter. However, I can’t help but feel that she’s a bit of a handful.

I don’t think Dream Theater will ever put out an album that makes me go “yes, that’s as good as the music they made when I was 19”. I put everything after “Six Degress of Inner Turbulence” into this category. However, I did fully enjoy this one as their best post-Portnoy release.

I don’t know why this musical failed so miserably. It has all the ingredients of a successful and fun show while being completely original (not a re-do of something from musical theater’s past). Maybe the venn diagram for the intersection of fans of both Broadway musicals and country music is too small to fill a theater every night. Had I not heard that this was written by Trey Anastasio of Phish I would have never guessed it, though it shows in his guitar noodling towards the end of the album.

Everything that Queensryche did in the 80s and 90s is pure gold in my mind. Even “Hear in the Now Frontier” is very listenable. But, the 2000s happened and Queensryche became a brain-damaged relic of the band I once loved. The album “Tribe” made me wonder if they actually let anyone listen to the album before it went out. With Geoff Tate now gone I was willing to give them another chance and this is by far the best Queensryche album of the millennium. I have no care about who will own the Queensryche name going forward or who was more of a jerk in the split with Tate. Musically speaking, this album was enough to convince me that Tate was the musical poison in the band. My guess is they’re all jerks.

These ladies have made it big in the hip and young progressive bluegrass scene in the last few years. Boston couldn’t hold them so they retreated to Nashville and no doubt have a successful career ahead of them.

Kamelot and Epica didn’t have albums out this year. Serenity filled the void nicely. “Fairytales” seemed like the obvious choice to play at first, but I opted for the more interesting “For Freedom’s Sake”. I realize that I skip the key change, and transpose the whole thing up a half step to put it all in C minor.

7) Steve Martin & Edie Brickell “Love Has Come for You”

At first I thought this album was a bit boring; too much claw-hammer and not enough aggressive picking. However, it quickly grew on me. The lyric about the doggie waiting for him to come home is heartbreaking.

Somewhere in the books of Americana and Folk law it is written that these 2 cannot put out more than one album per decade. If they were to do so it would render all other music useless.

9) Ayreon “The Theory of Evolution”

Ayreon’s latest effort is exactly what I wanted. A 90 minutes epic album with interesting guests (my favorite being John Wetton). I purchased the album on iTunes, as I typically do, but it came with an unusual error. The song “Potential” was cut off after the first minute. iTunes eventually fixed this, as I expected, but during the frustration I tweeted Arjen Lucassen who expressed his apologies and thanked me for buying his album. John Wetton even re-tweeted my thanks back.

What I read about this album before it came out concerned me. Dawes referred to previous criticism that their albums sounded too old-fashioned with the stench of classic rock. They promised a more relevant and modern album in 2013. I worried briefly that they’d succumb to the blandness of Mumford & Suns but that worry lifted after the first few minutes of the album. The whole album still plays like a classic rock album but only because it’s so genius that you assume it was written years ago. I love that you can get the guitar solo to “From a Window Seat” stuck in your head or hum along to it in the car. You really can’t say that about many songs today.