(Sophia Junior, age 25, and her grandfather enter a trendy restaurant at 10AM on a Saturday morning. The year is 2065. Grandpa has ordered a baked-stuffed lobster and Sophia Junior [SJ] has ordered scrambled eggs with a side of chicken wings and cole slaw. They have just been served.)

Grandpa: It does. Did you know that when I was your age you couldn’t order this meal at a restaurant, especially at 10 in the morning? Prior to the food riots of 2020 society in general was uncomfortable with certain food combinations at certain times.

SJ: Gramma mentioned this at breakfast yesterday when she was heating up our breakfast pizza. She mentioned that in her day it was only acceptable to eat cold pizza for breakfast. I didn’t really follow.

SJ: Brunch? A combination of brains and lunch? (giggles)

Grandpa: Hah, no, it was a combination of breakfast and lunch. My uncle and his husband loved it when I was a kid, but by the time I was your age it had grown in popularity tremendously.

SJ: Seems silly. Doesn’t it reduce the number of meals on a weekend from 3 to 2?

Grandpa: Yes, but people loved it at the time. On weekends all the restaurants would serve brunch from 10 to 3 and limit their menus to a few traditional breakfast and lunch items. Pizza was available for a pre-noon hot meal for the first time in centuries, but baby steps were still necessary. For example, fried eggs were added to the pizza, a former traditional breakfast item.

SJ: But fried eggs on pizza are delicious.

Grandpa: Agreed, but if you wanted to add scalloped potatoes or Almond Joys to the pizza you would have received funny looks.

SJ: What else would they serve for brunch?

Grandpa: Well, you could get eggs and waffles, which at the time were traditionally breakfast staples. Eggs Benedict. A few salads and sandwiches. Always a grass-fed hamburger…

SJ: Why did they care what the hamburger ate?

Grandpa: I dunno, they just did. And while the eggs would have home-fried potatoes, the hamburger would have french fries, another sign of progress. However, these fries were soaked in truffle oils…

SJ: Truffle? Like the disease Auntie Grace had before she died?

SJ: Literally? I didn’t think you meant that millions of people died figuratively.

Grandpa: That’s just something we randomly said to make sentences longer when I was your age.

Grandpa: Ya, every generation has its own unique way of speaking. Kind of like how you and your friends make fart noises with your mouth to pronounce commas. In my day we just paused, briefly.

Grandpa: Eventually, yes. By 2018 people had enough and were ready for change. I remember standing outside of the city hall with your grandma chanting “Eat What We Want To, When We Want To”.

Grandpa: I’ve heard some restaurants in the south still have it, but as it’s seen as a dark part of American history most restaurants won’t mention it by name. Change doesn’t come overnight, and sometime as a society we take a few steps back with each giant leap forward.

SJ: I just can’t imagine a world were I couldn’t get eggs in the morning with a side of chicken wings, ribs, brisket, hot dogs, or cole slaw.

Grandpa: You spit all over my lobster. Why can’t you kids just misuse existing words like my generation did instead of mouth-farting commas? 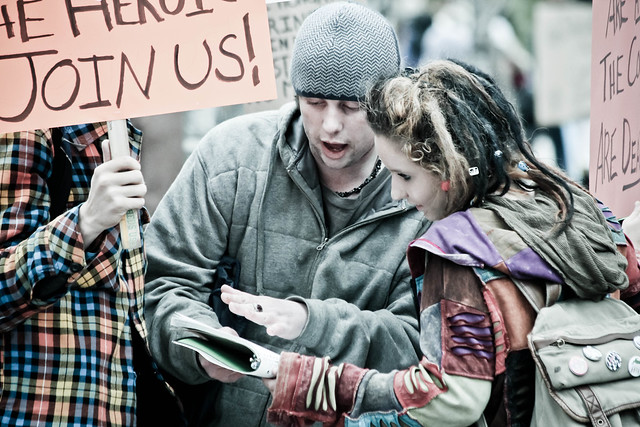