As I approached the entrance to Lexington Market I noticed a man with a can of Coke in his hands. I overheard him say the following line into his cell phone.

“Ya. I’m drinking a coke so I’ll be ready for him when he comes”

Those are the only 2 options I could think of at the time. It’s certainly one of those, and I wish him the best.

Lexington Market is a unique shopping experience with both grocery store and prepared food options. There’s options for fried chicken, raw chicken and meats, produce, candy, prepared seafood, raw seafood, pre-paid cell phone plans, raw cell phones, etc. But not just one option for each. There were at least a few different booths for every type of food or shopping need. It has the feeling of a flee market and the fancy facade outside didn’t match the warehouse ambiance inside. It was the most charming thing I came across in this “charm city”. 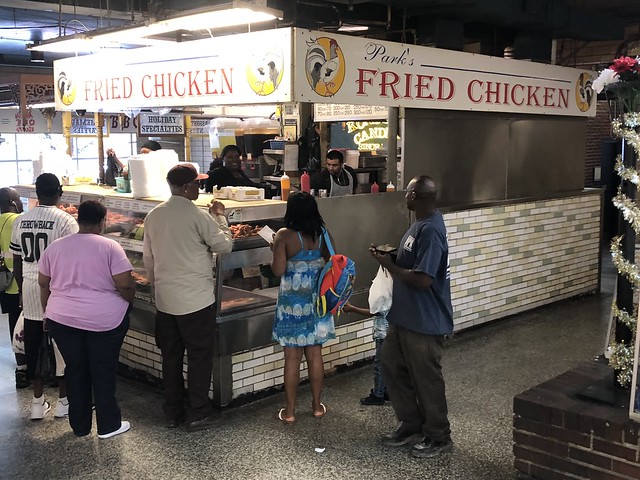 I wanted to try everything but was weary of the fact that I had to return to the conference soon, and needed to spend the evening at the airport, and then on an airplane. It wasn’t the time or place to see how my stomach would react to “super fried chicken”. 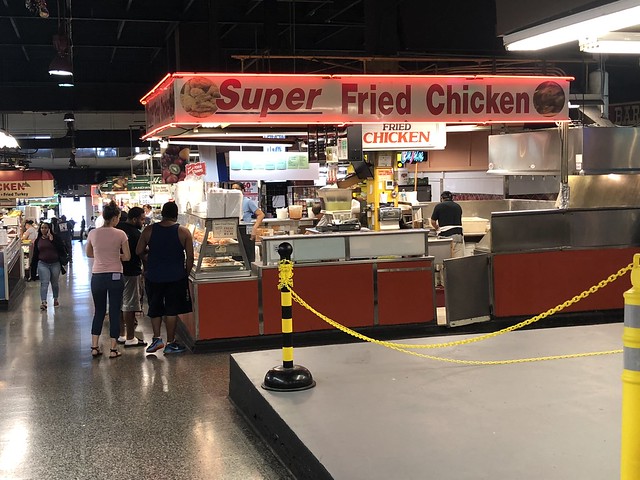 When googling “best crab in Baltimore” I often came across a place called “Fridley’s Seafood”, but it was closed on Sundays so it wasn’t an option for my Sunday adventure. I didn’t know it during my pre-Baltimore googling, but the restaurant is part of Lexington Market, so I opted to have this be my one purchase of the visit.

I want my crab cakes to be cooked by an old guy who’s been cooking crab cakes since the war. His hands are crusty and full of calluses. He doesn’t need a mallet or nut cracker to open a crab; his hands alone could crack crabs, nuts, and skulls. His skin glows orange from the Old Bay seasoning, even when vacationing away from cooking the crab cakes.

But this was just a crab cake fantasy and the people behind the counter were slinging crab on the side to put themselves through college, probably. There were dozens of crab cakes on the counter ready to be served, and they appeared far larger than my fist. They were $15 each, but from what I could see, well worth the price. But what I didn’t like was that it looked like they were microwaving the crab cakes before serving them. There’s probably nothing wrong with this, and I’d rather a hot crab cake out of the microwave than a cold crab cake. Maybe they do so much volume that they make so much of them in advance. 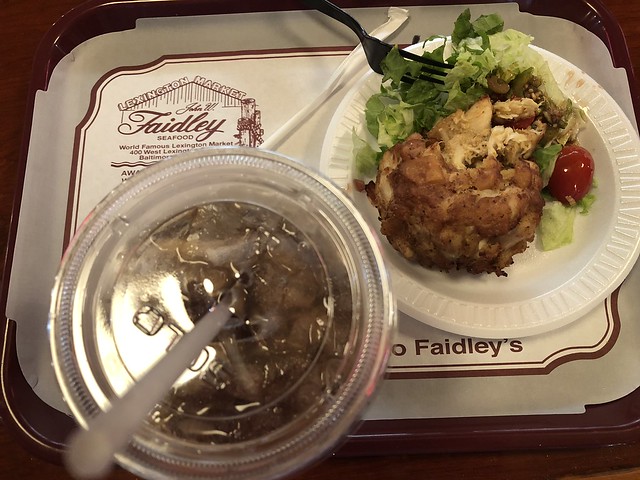 If I had to chose, I’d chose the Phillips crab cake over the one at Faidley’s. It may have been the most authentic Maryland crab cake in the world, but there was something about the Faidley cake that didn’t seem as fresh. It was warm, but not hot, and not crispy. I didn’t finish it; not because I was full or didn’t like it, but because I wasn’t going to further taunt my stomach into doing something unwanted at an airport.

So is Baltimore the Greatest City in America? I dunno, I can’t really speak either way after a few short days covering a very small portion of the immediate downtown area. At least they don’t prevent homeless people from sleeping on the benches that promote its slogan. 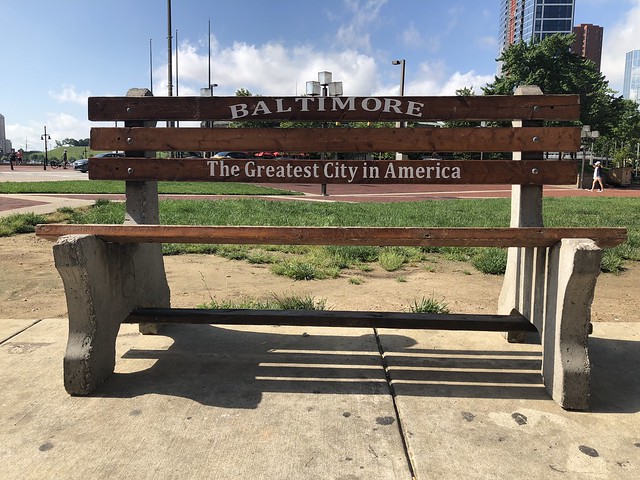