Photography at Newport Folk Festival has always been challenging, and a challenge that I’ve considered putting on hold in the past. This year, I decided that I’d bring my camera on Friday, and leave it at home for the entirety of Saturday and Sunday. This is the account of my adventures on Friday only.

The main stage is really the only stage where any worthwhile photography can occur without a media pass. Both the Quad and Harbor Stage feature rows of seat, where the wide isles are guarded by the same military offices that once protected this fort from the British during the revolutionary war (I assume, I have not read the plaques that no doubt line the festival and give the appropriate history). These guards ensure that no one stops in the isles to take photos, or otherwise have a good time. It protects the people who arrived early to commit to the entirety of an act, but it doesn’t allow anyone to conveniently check out a song or two. I see both sides, but regardless, it makes photography very difficult on these stages.

The main (Fort) stage is an open area with little enforcement by former continental soldiers. It’s also where natural light will be most present, so I was happy to plan to stay at this stage for the majority of my photography experience this year.

I first arrived to the grounds on Friday morning at around 11am and it was notable just how crowded it had already become. I had been to the festival on a Friday many times before, including many dates that were sold out. I believe they opened the gates a bit earlier which we did not take into account when we chose our departure time. Our blanket was placed very near the food vendors, but I knew I wouldn’t spend much time there.

When Fantastic Negrito took the stage at around noon I walked up to the front, expecting a thin crowd and an easy and pleasant photography session. The area was surprisingly packed and I had a bit of regret that I brought the camera this day at all. Was I going to be burdened with this 10 pound shoulder weight the entire day? I got some interesting shots, but I was always a few rows deep so there weren’t many to chose from that didn’t have heads and hats in frame. 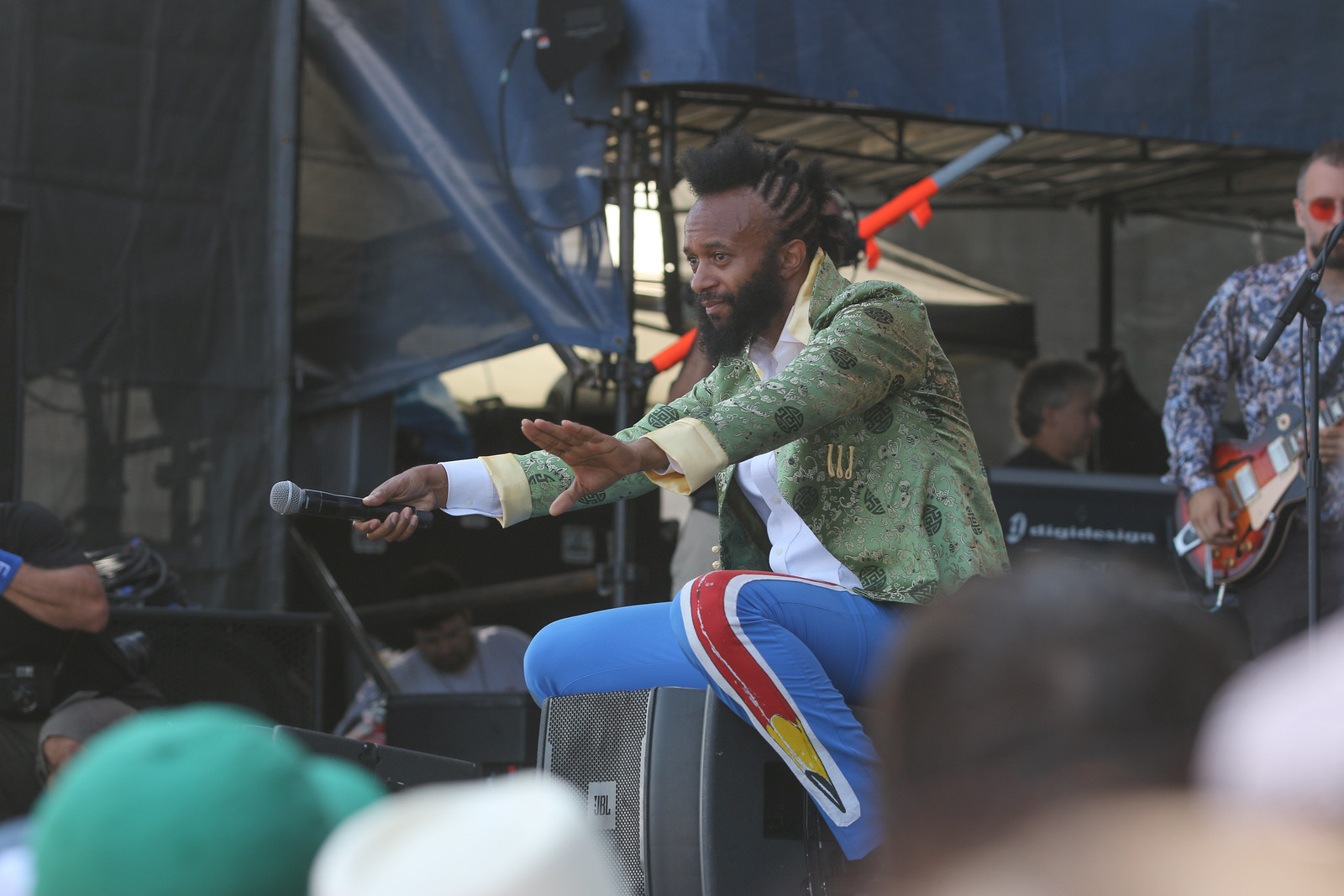 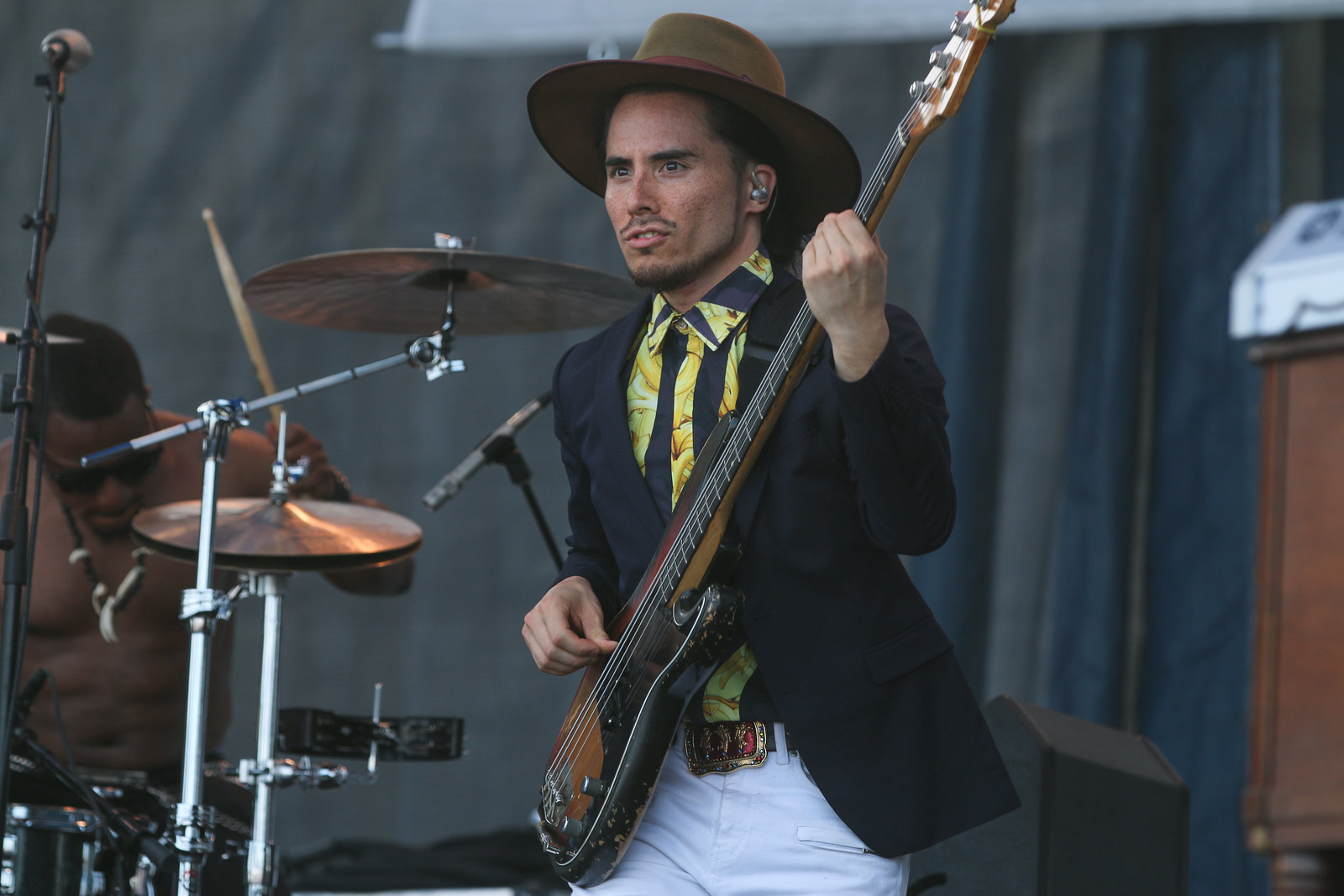 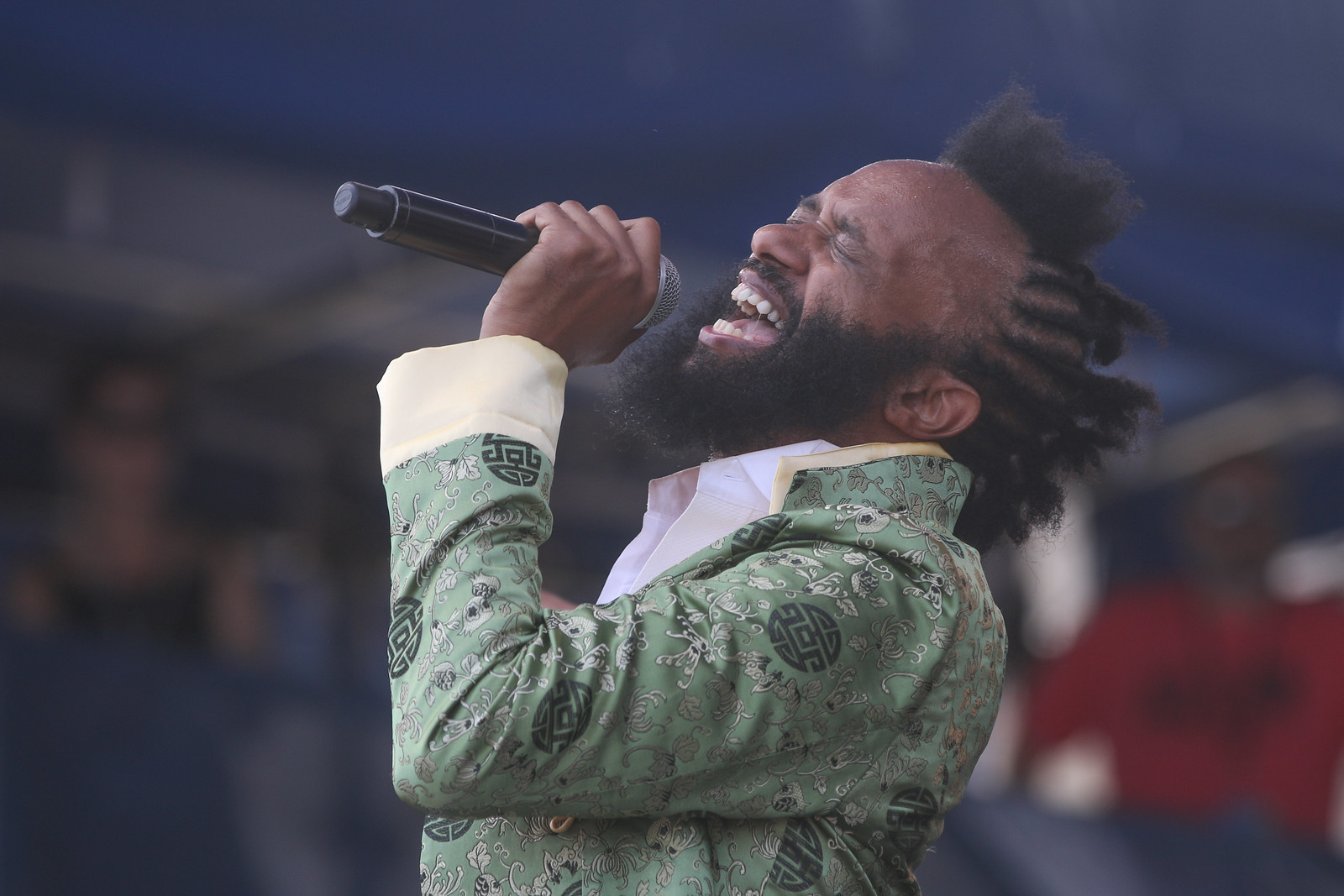 My regret continued with JD McPherson. The camera was just a burden and I couldn’t get anywhere close to get a comfortable shot. I didn’t know much about JD, but I felt like I just wanted to enjoy the set with the rest of the crowd, without the self-given responsibility of producing respectable photos. I’m always cautious of getting in people’s way with the lens, and of the clicks and clacks that it produces. However, I do feel like it’s less obnoxious than an iPhone being held in the air and recording an entire song. 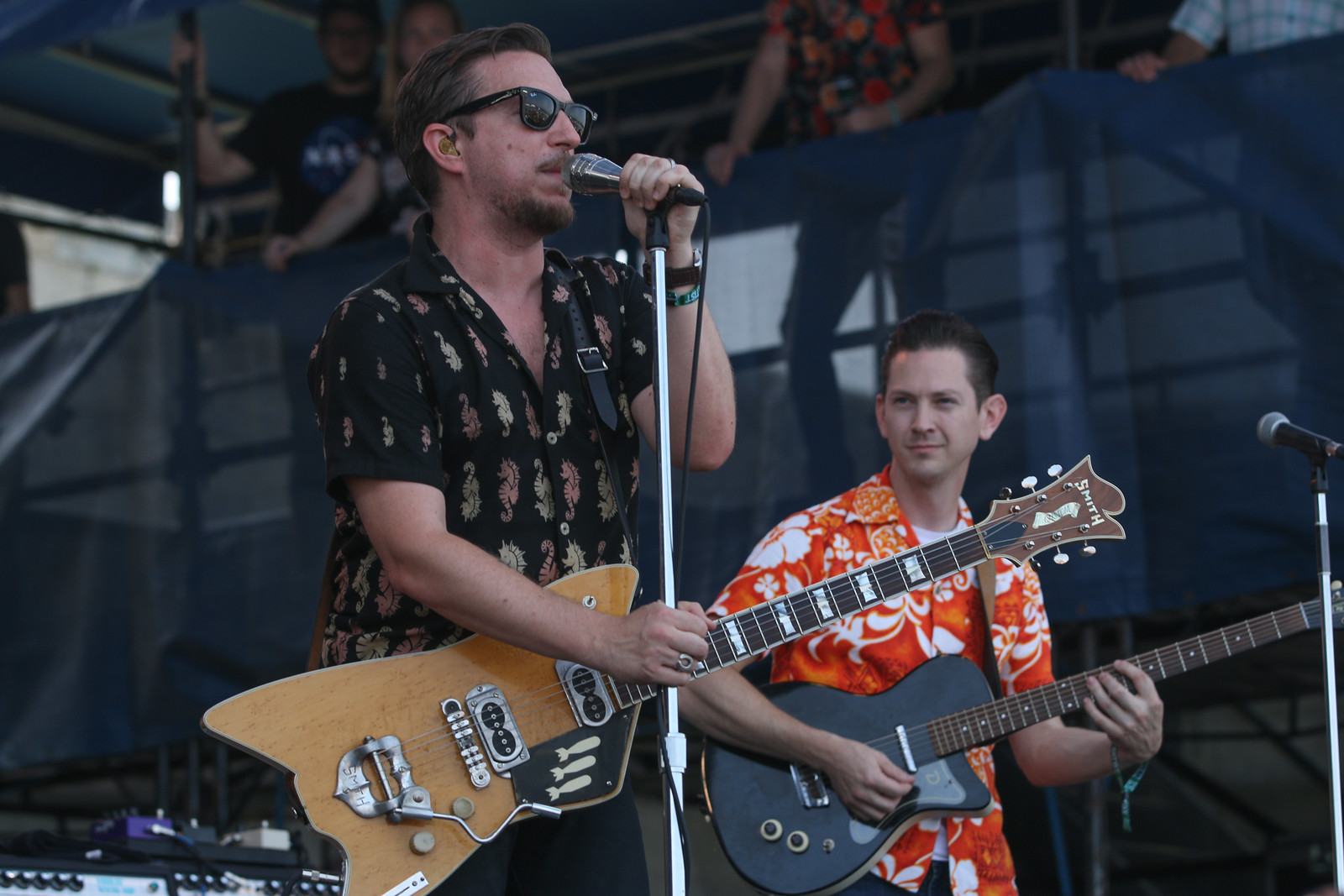 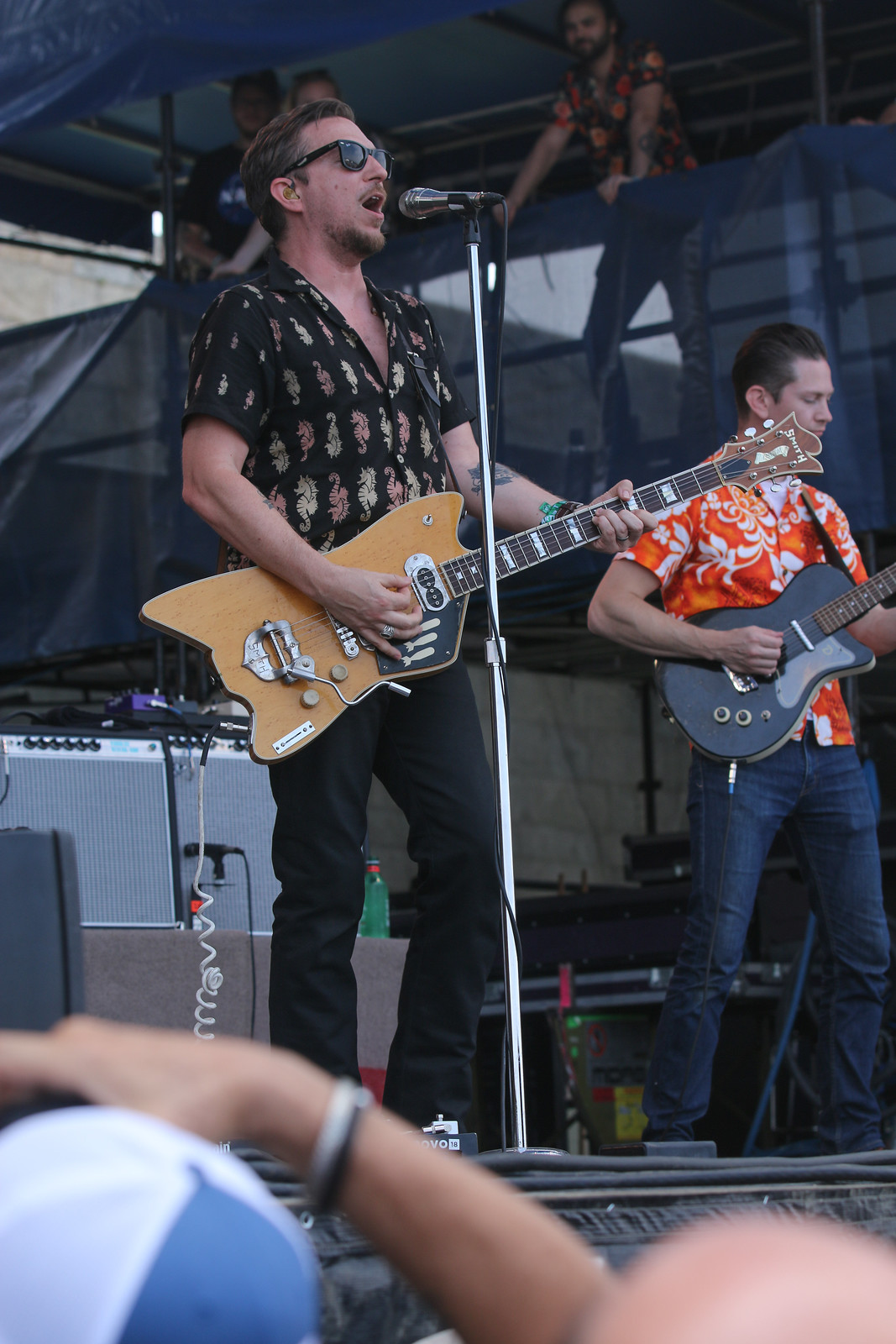 Margo Price turned everything around for me, and probably others as well. I enjoyed the first 2 artists, despite my negativity towards my access, but for me the entire festival started when John Prine introduced Margo Price. I had wiggled myself up to the front of the stage for some worthwhile shots. I could see John Prine and his guitar off stage so I was comforted in the fact that he’d be back up to play a song later. But for now I enjoyed my time shooting Margo and her harmonica-playing husband. 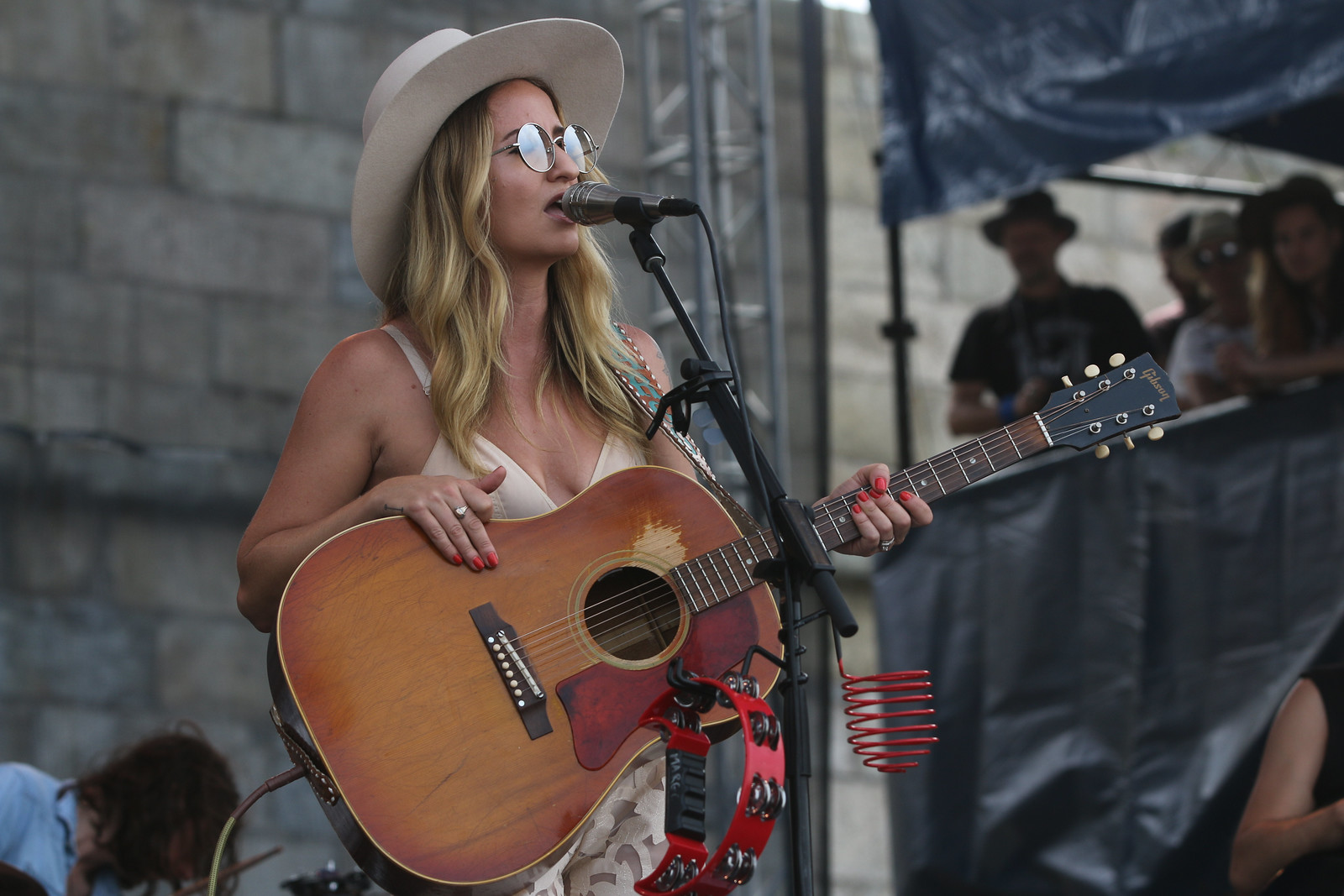 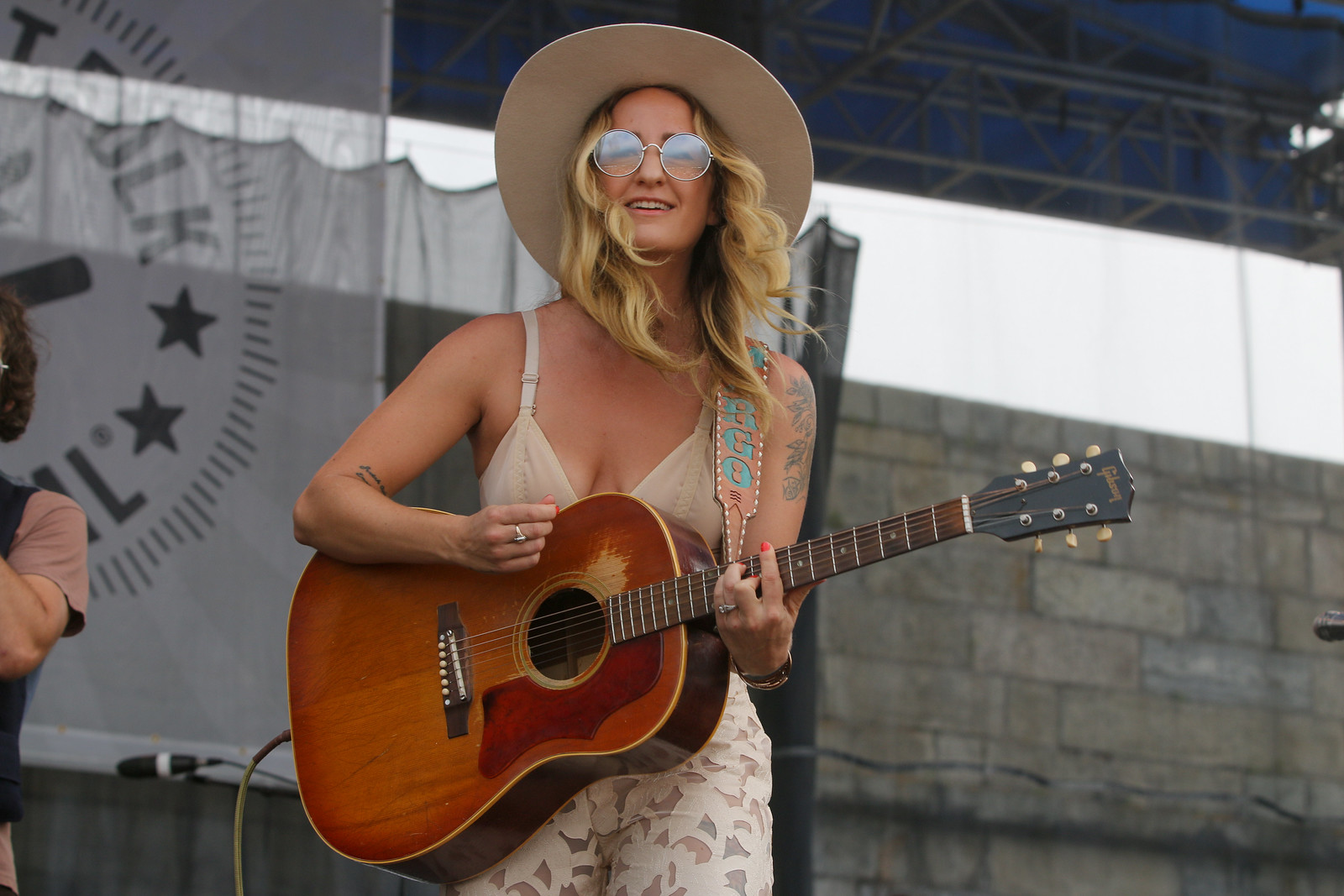 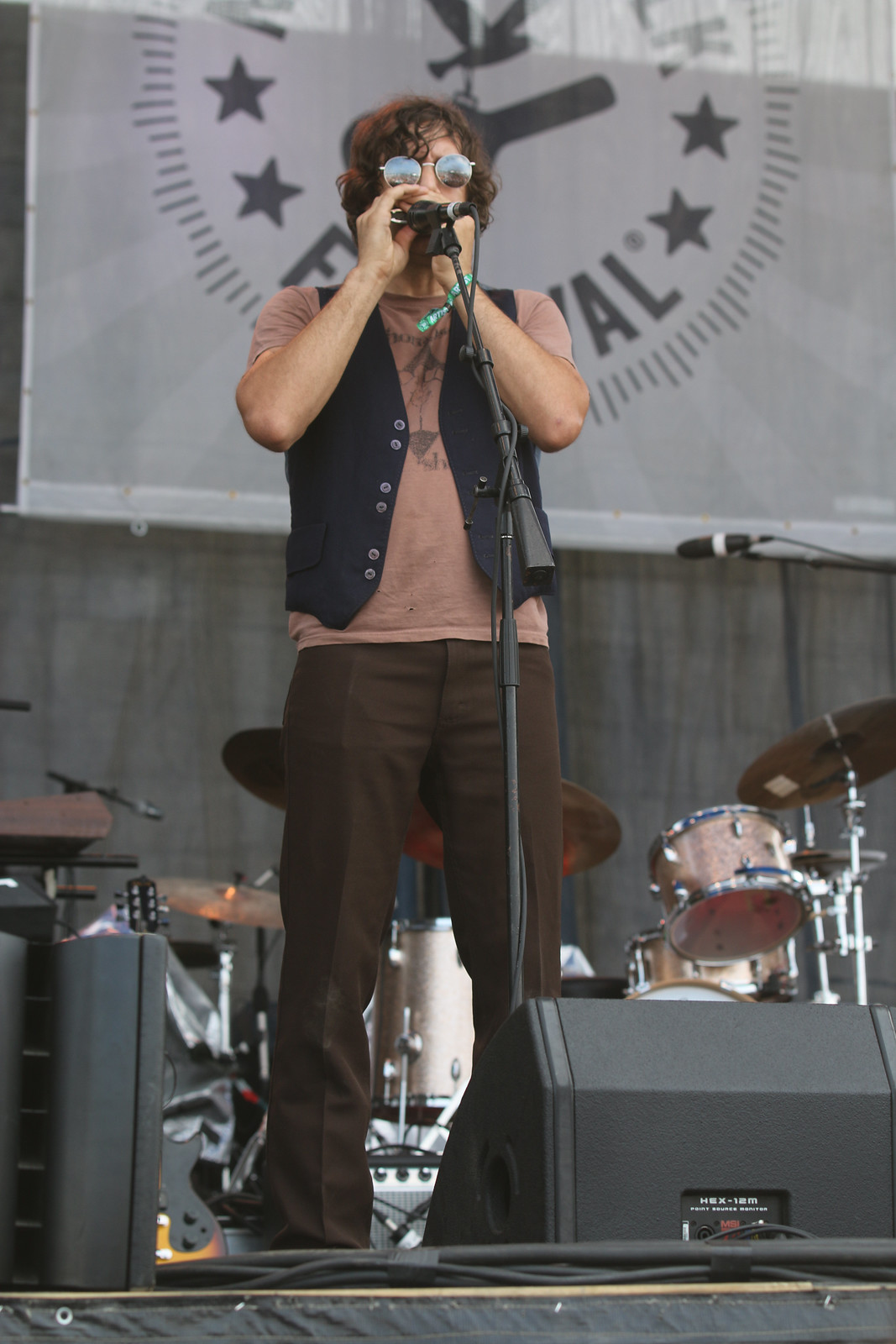 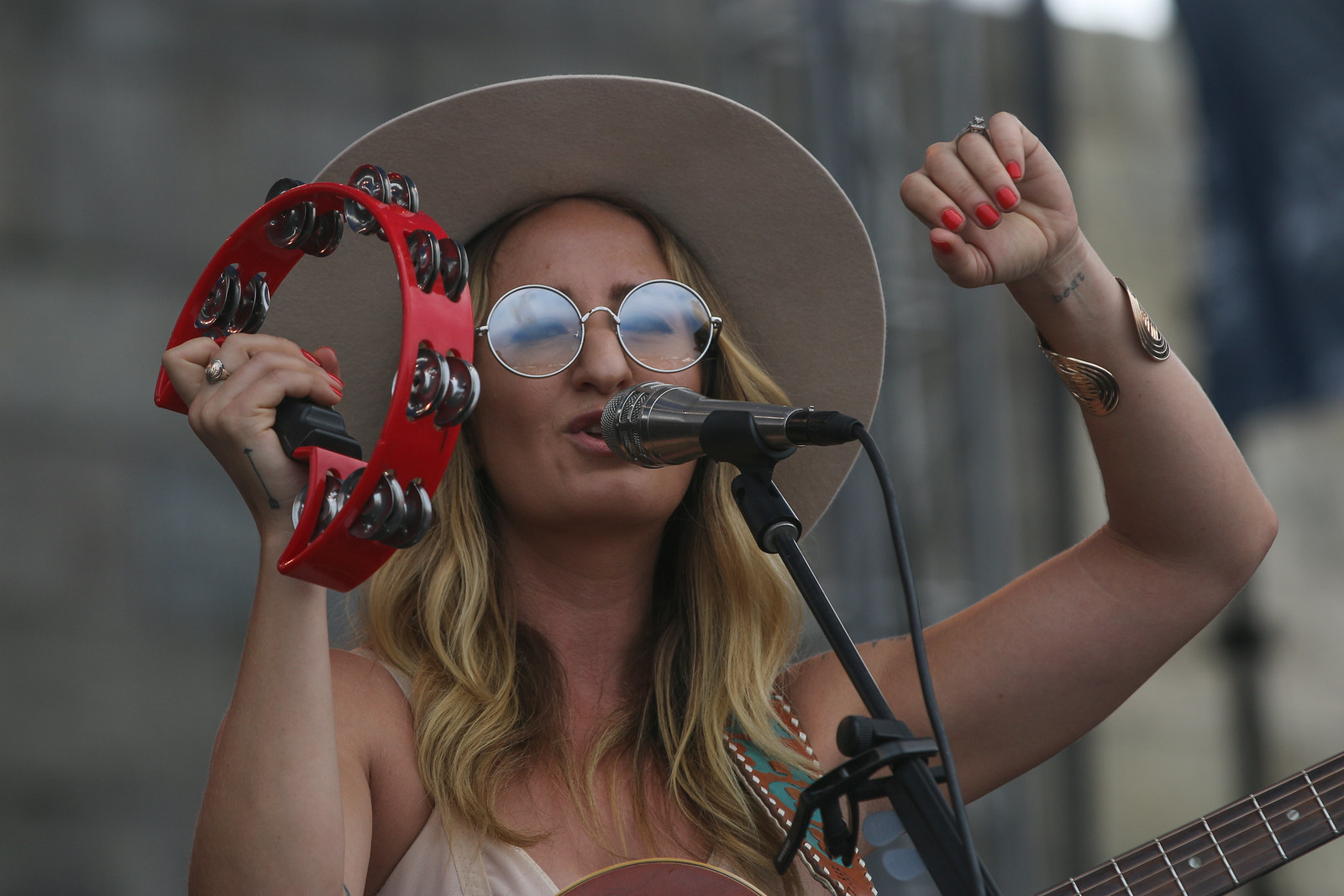 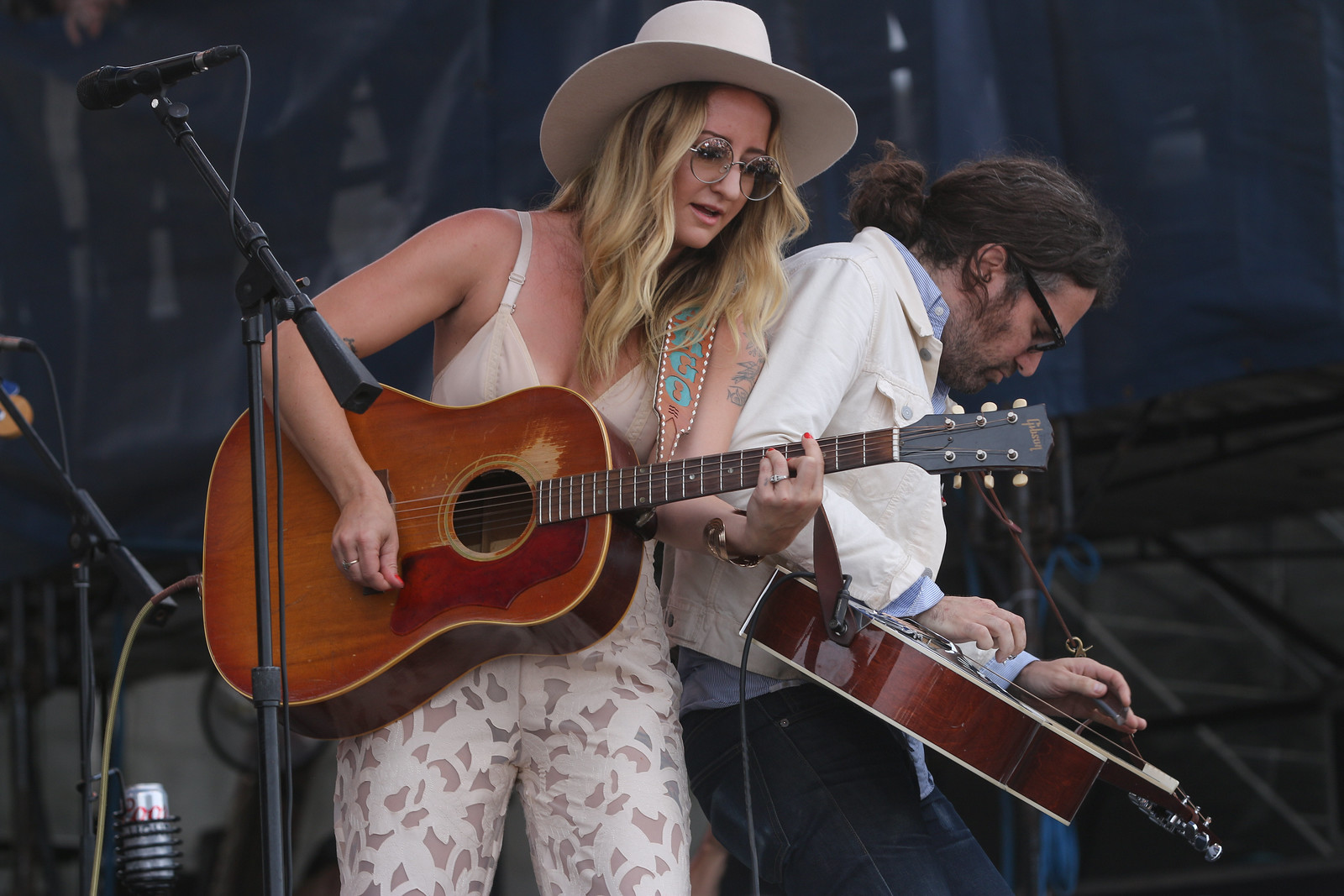 John Prine came back out to a roaring applause, though it was a surprise to no one that he’d be back. His talent is not limited to announcing younger artists, of course. He went on to perform his classic duet “In Spite of Ourselves” with Margo, and it was perfect. 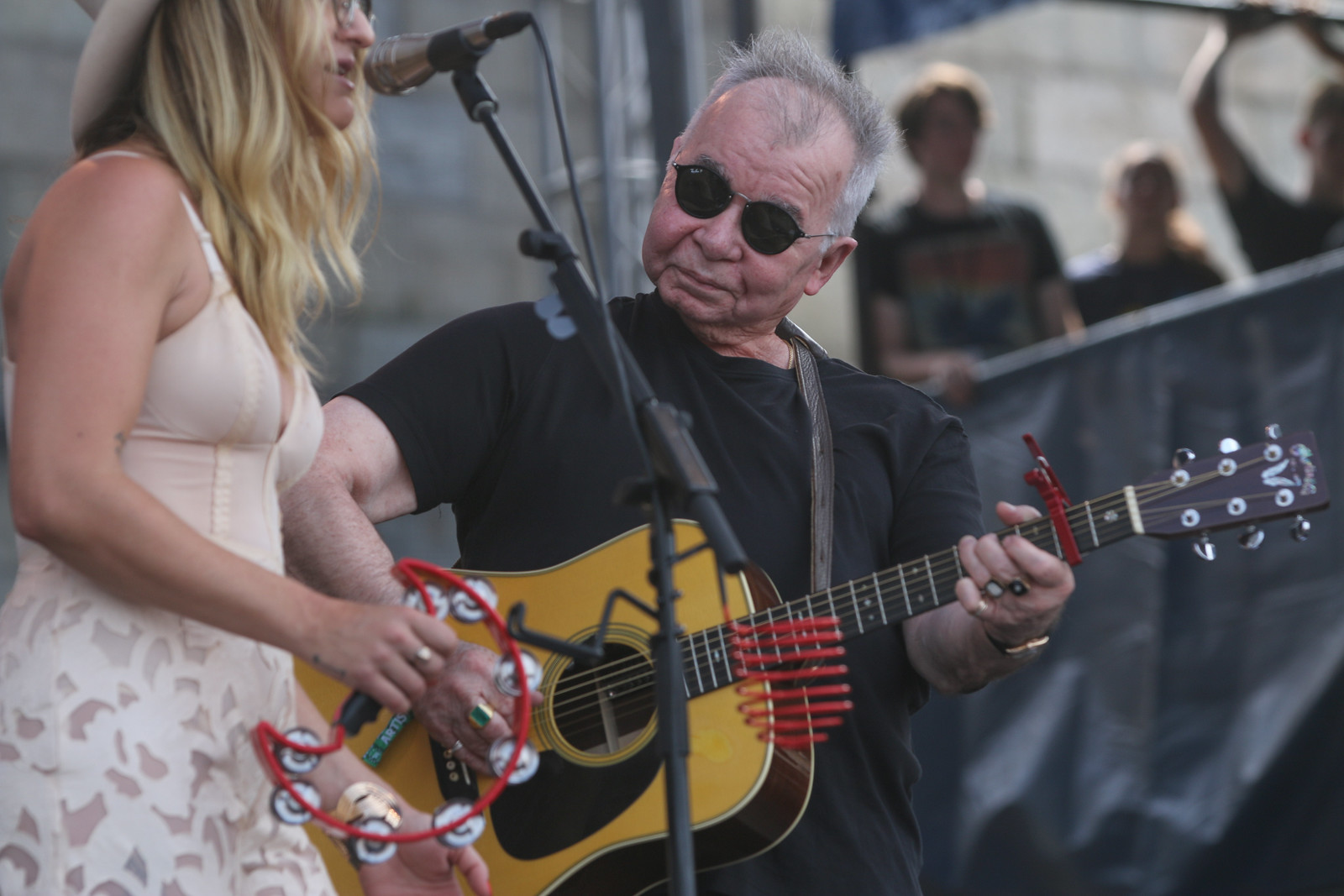 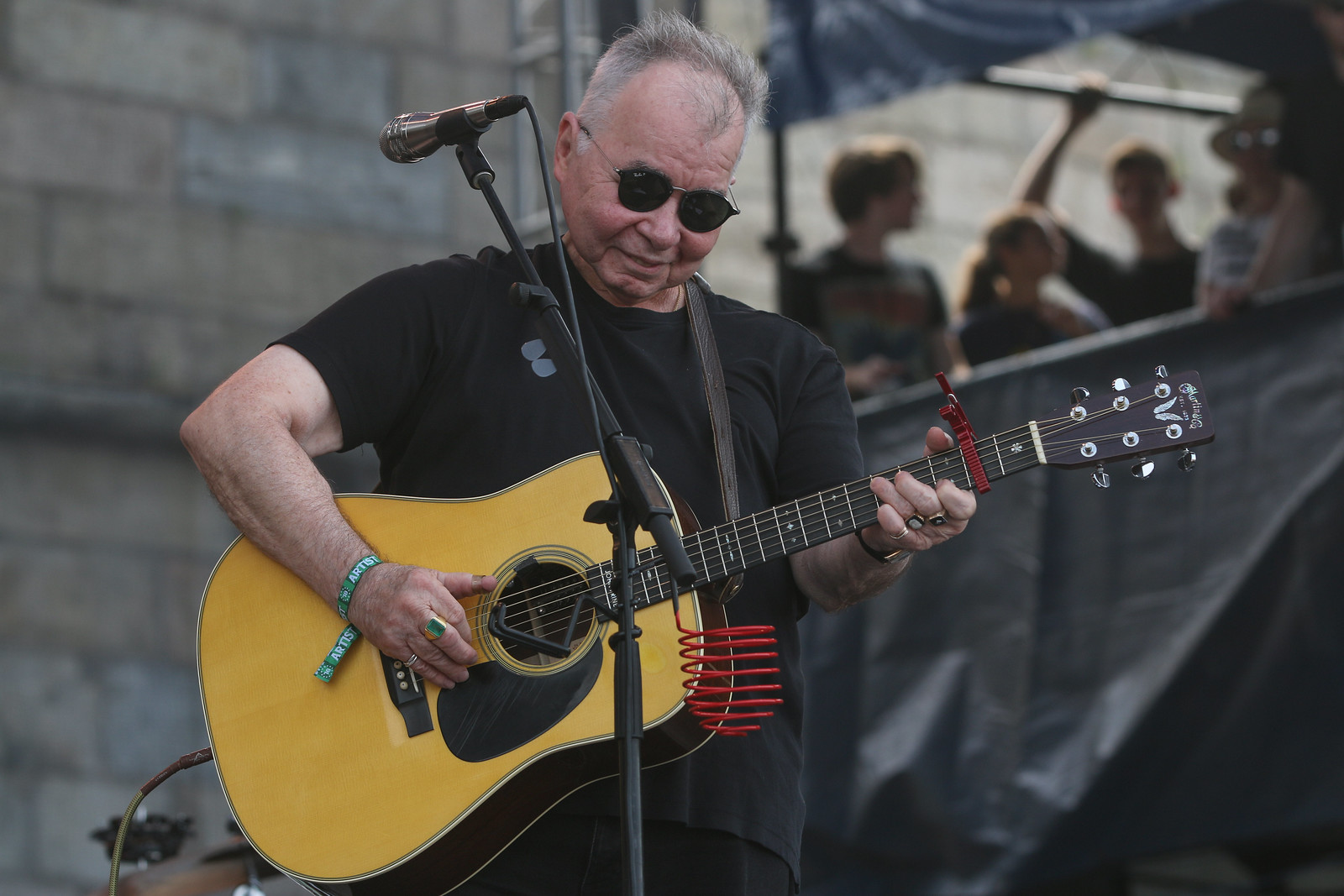 After applauding John Prine goodbye, Margo kept things visibly and musically interesting. She jumped on the keyboard to play a protest song that was right at home at Newport. She even stepped onto the second drum kit to perform a drum solo and instrumental alongside her full time drummer. I thought it couldn’t get more exciting, and I was wrong. 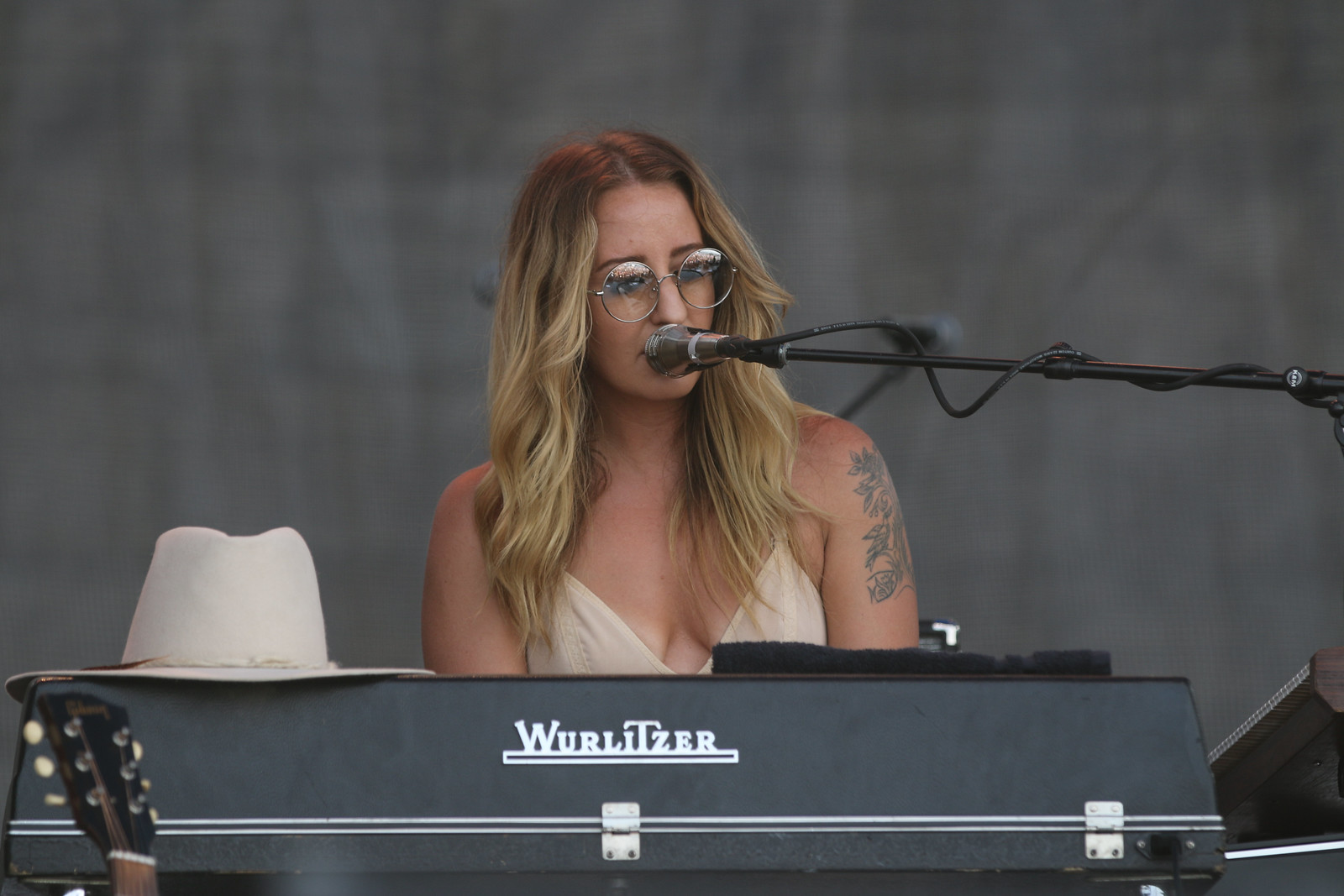 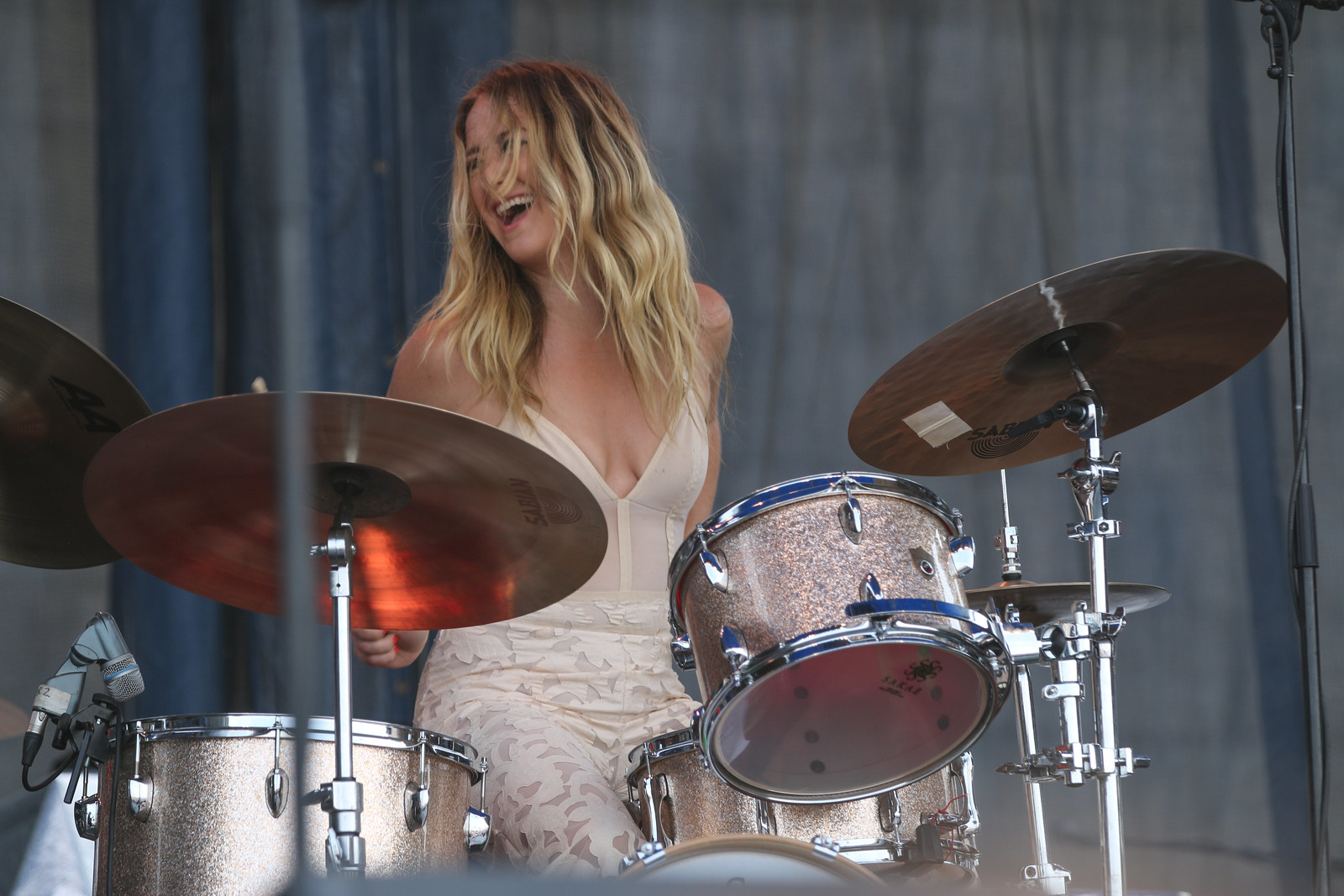 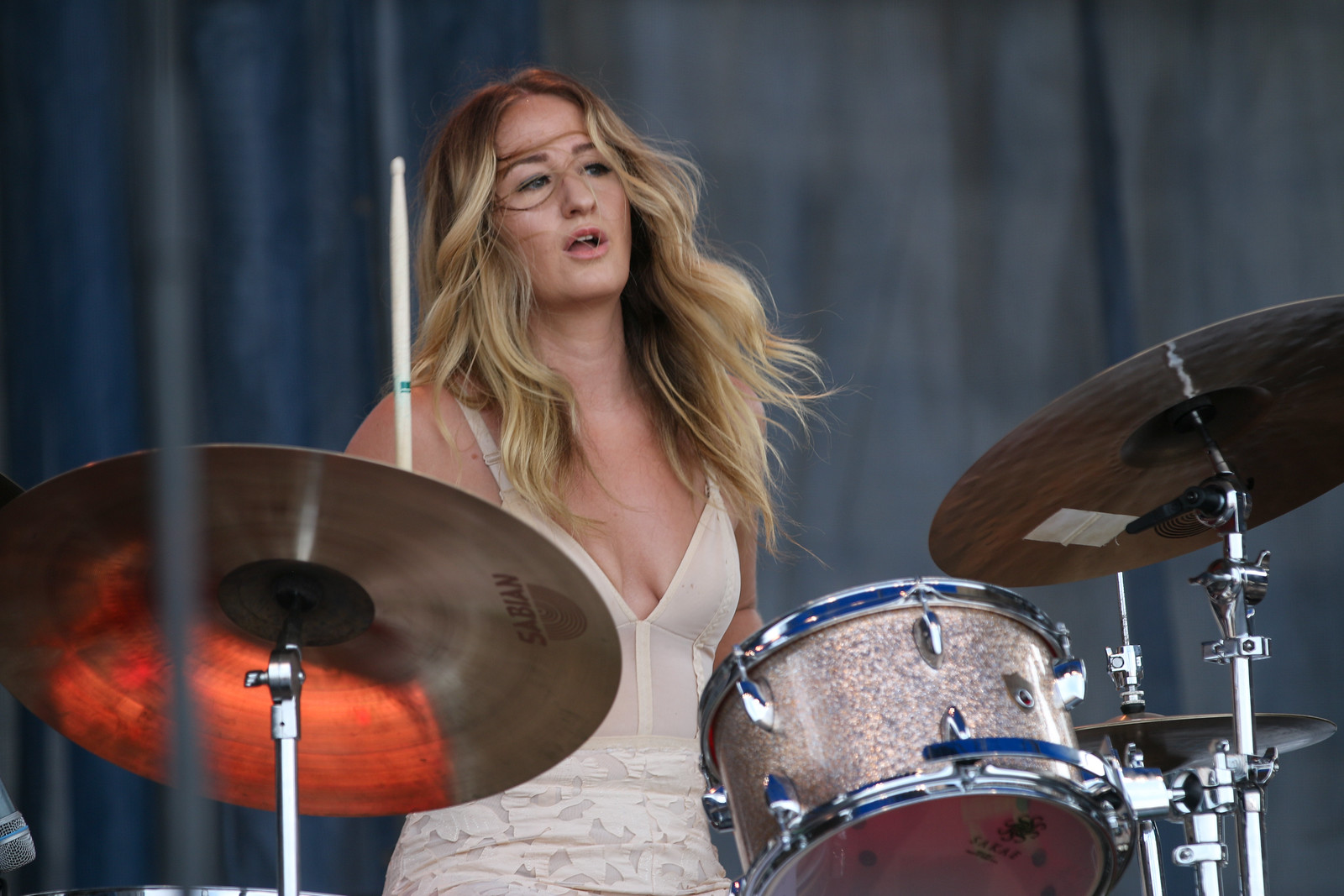 Brandi Carlile was called onstage for a quick duet towards the end of the set. They performed a foot-stomping rendition of Dolly Pardon’s 9-to-5 and the massive grin on my face hindered my performance as a photographer. I imagine a seasoned professional photographer knows how to not get high on their own supply of special access, but for this song I had no one to report to. It appeared the Brandi and Margo were having as much fun as everyone else. Margo edited the lyrics on the fly to sing “Working 2 to 3”, which was the scheduled time of her set, and “work” day. I don’t know if it was rehearsed that way, but Brandi responded to the line as if she heard the joke for the first time, and absolutely loved it. 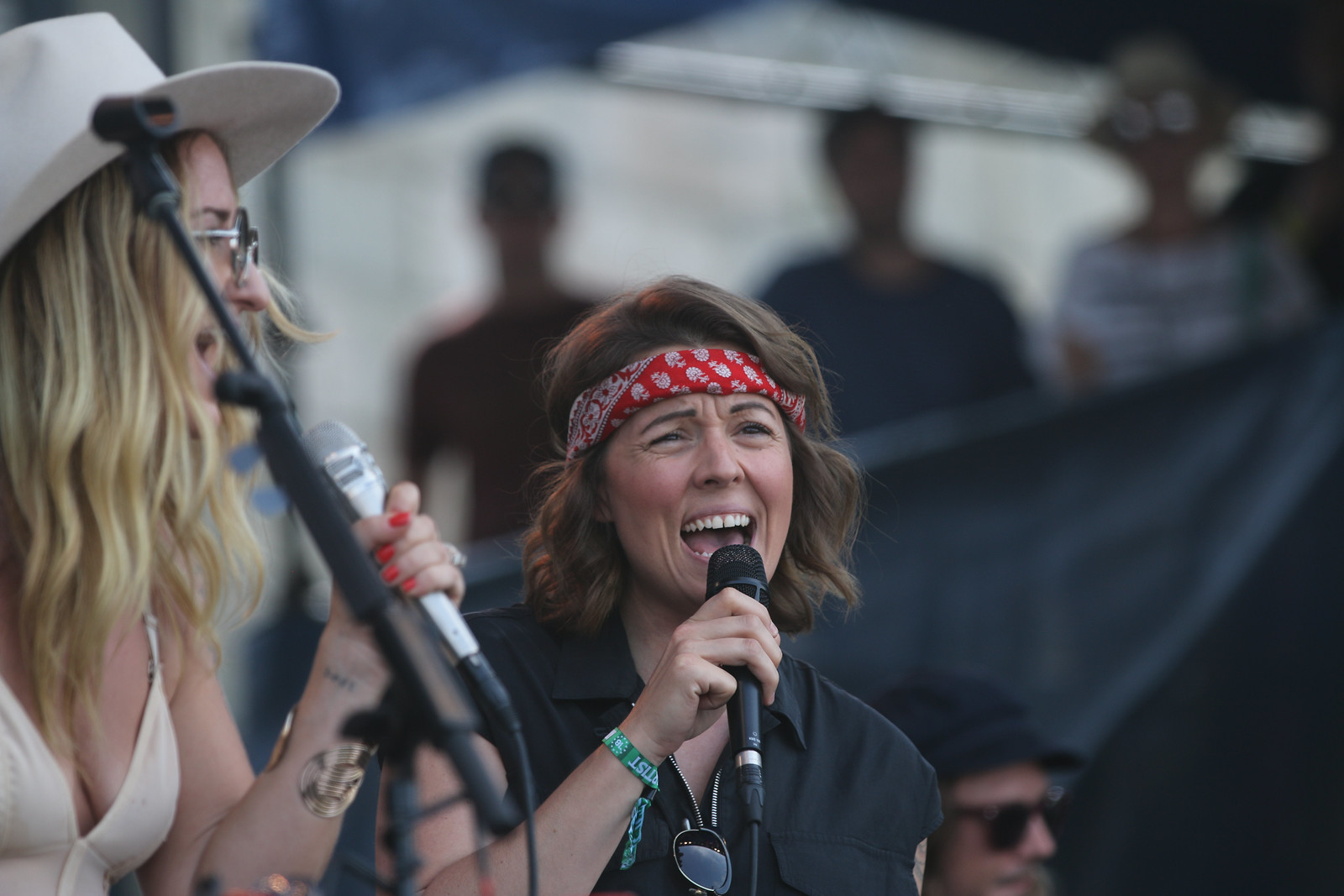 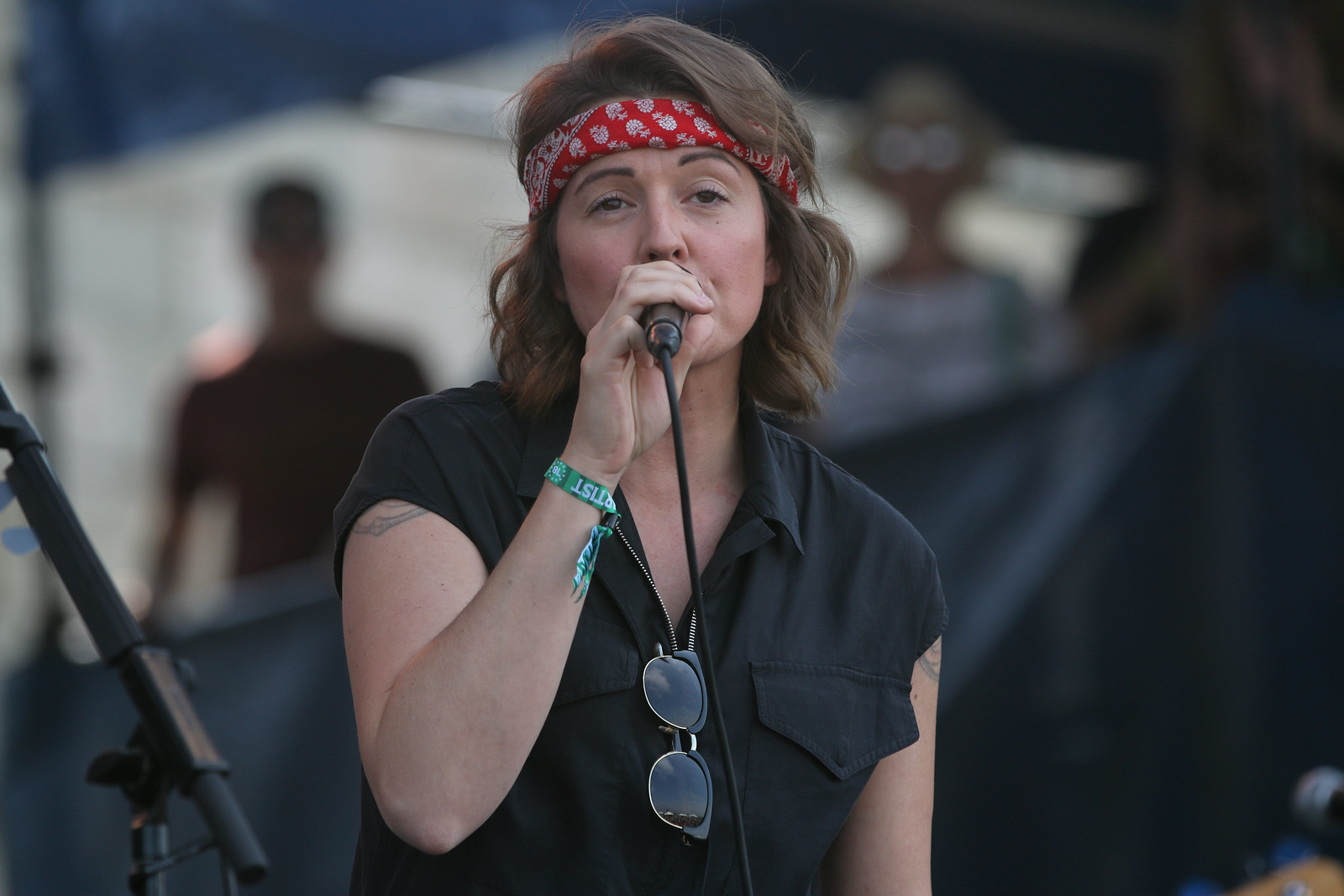 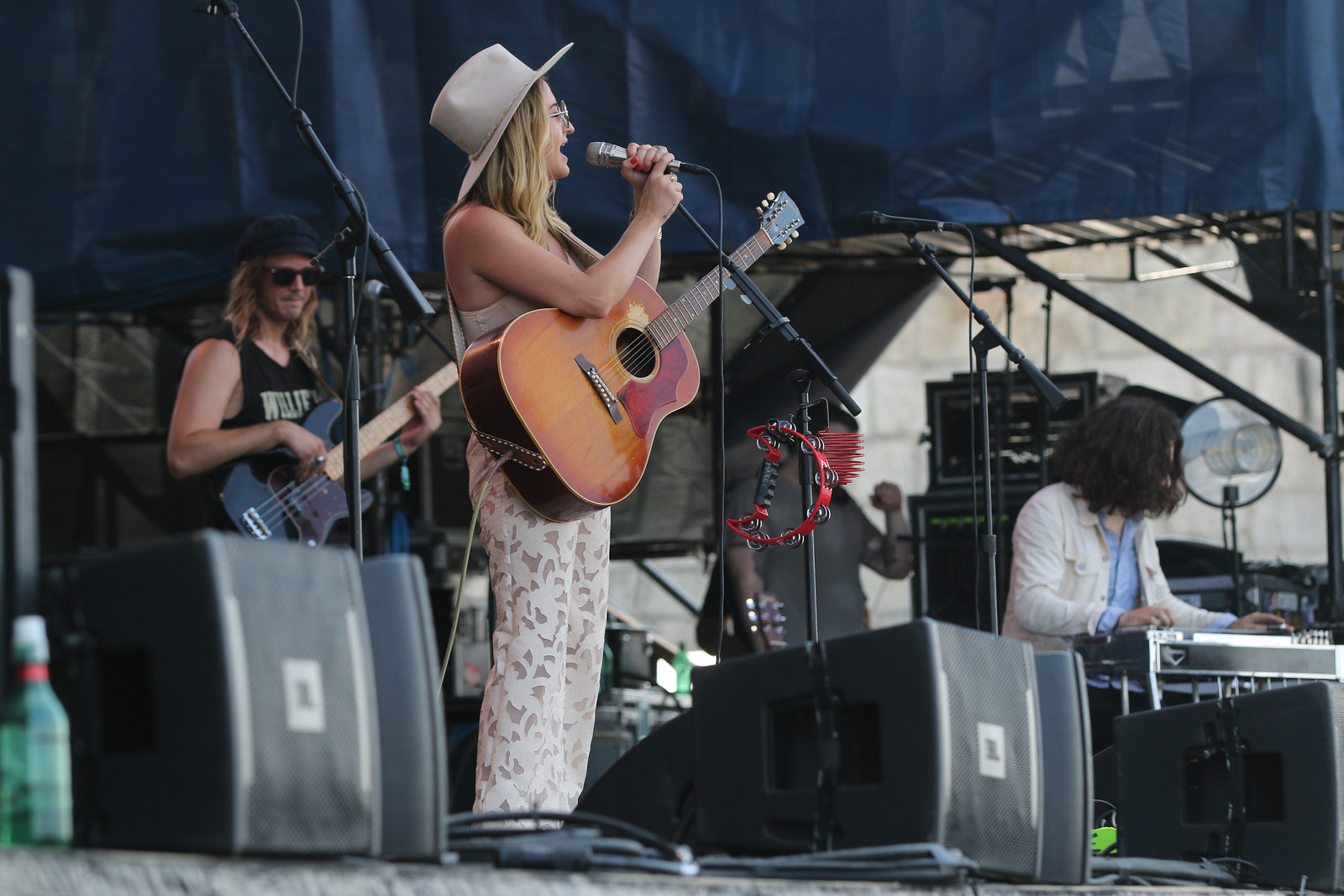 The credentialed photographers get access to the photography pit for the first 3 songs of each set. Usually this is enough to capture the feel of the performance, but in the case of Margo Price, it would have been extremely limiting. I follow many local photographers and was able to see their output from this set. They were all limited to her and her acoustic guitar. They missed shots of her drumming, and playing the keys, and John Prine, and Brandi Carlile. Even if my smile got in the way, I’m proud of the shots I took during Margo Price.

My biggest regret of the 2018 festival is not understanding how wonderful Lucius was prior to the weekend starting. I didn’t secure a good spot, and once I saw how interesting their stage set-up was I had wished I had done more research. There were dancers and  cool outfits, both of which would have been very interesting to photograph if I had a better spot.

I didn’t know much about Sturgill Simpson, other than that he was an emerging name in the alt-country scene. He couldn’t keep the energy of the Margo Price and Lucius sets, but that was an impossible task. His energy was more gritty and laid back. There were no special guests or surprises, so a 3-song snap would have been sufficient, but I stuck to my spot up front in expectation of Jason Isbell. 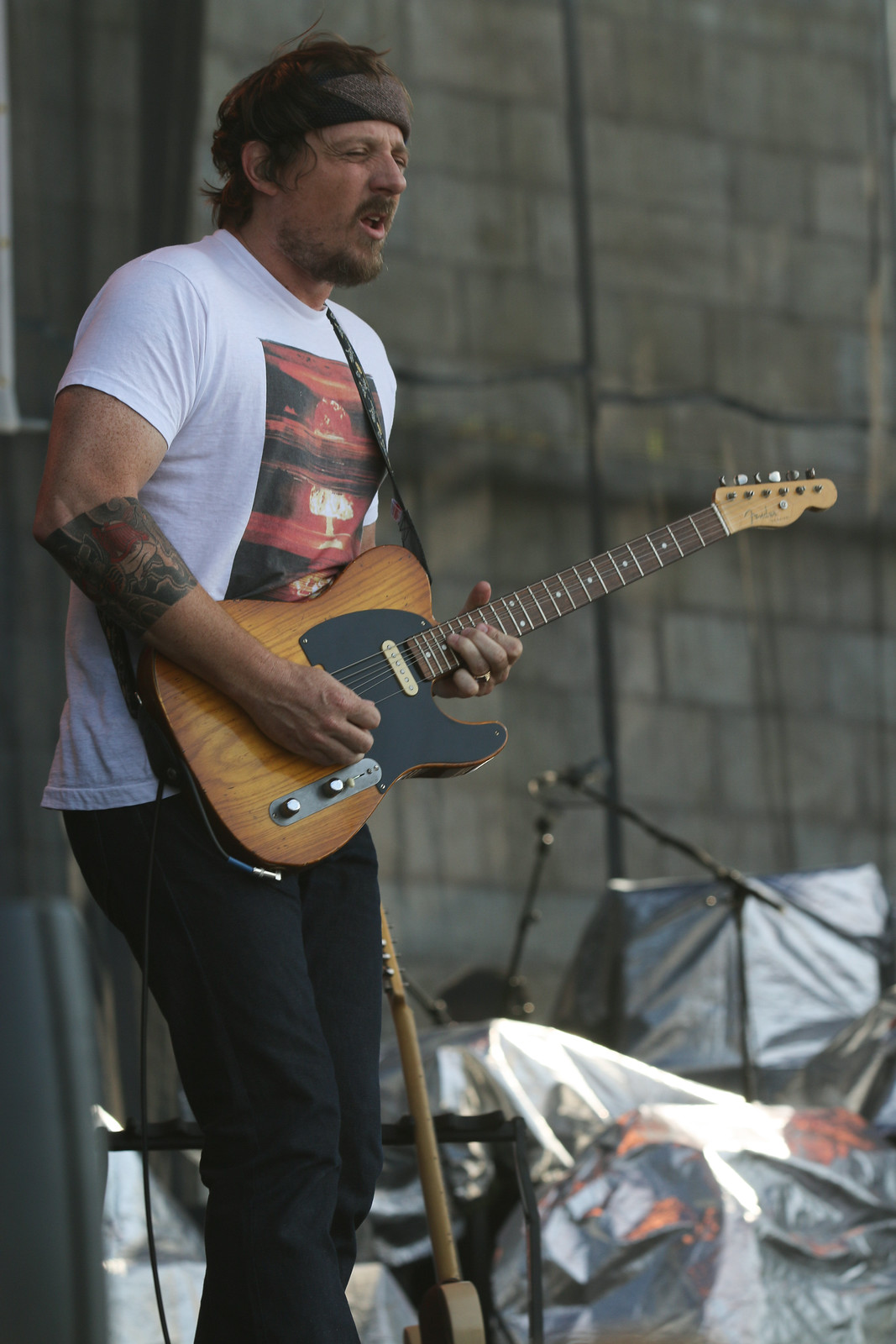 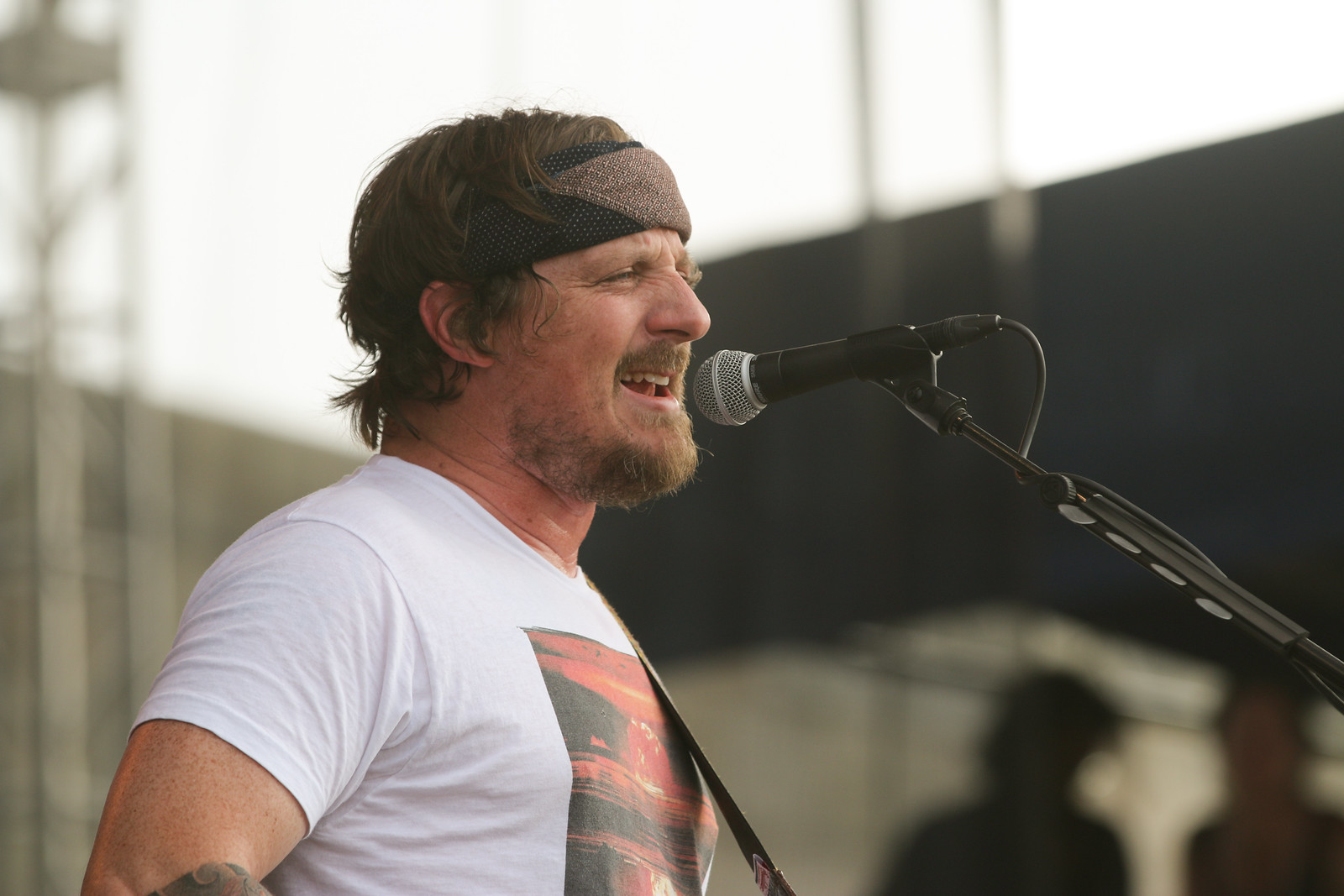 Jason Isbell was the perfect closer for the first night of the Newport Folk Festival. It produced just enough shots for me to feel satisfied that I brought it, and content to leave it home for the next few days. 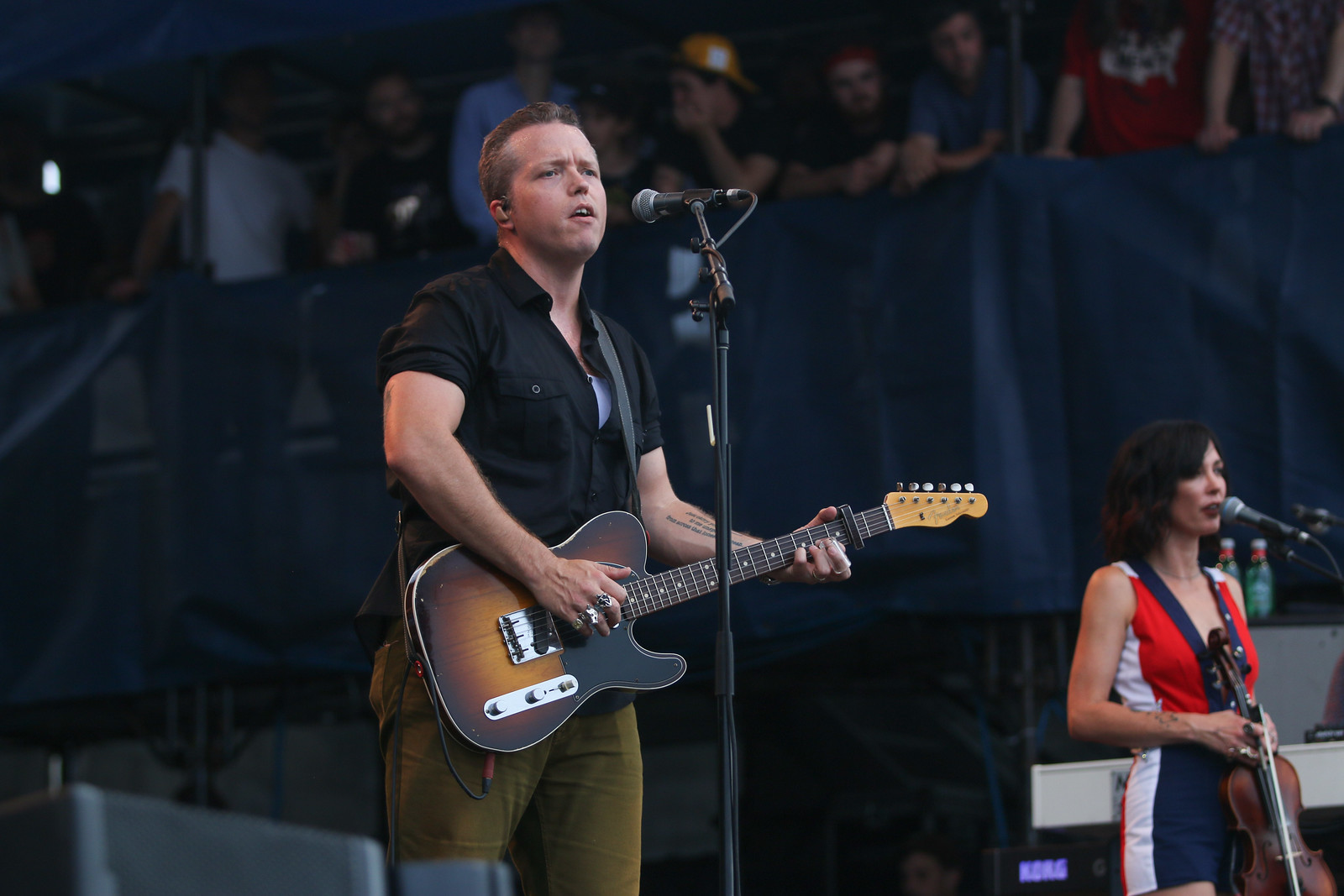 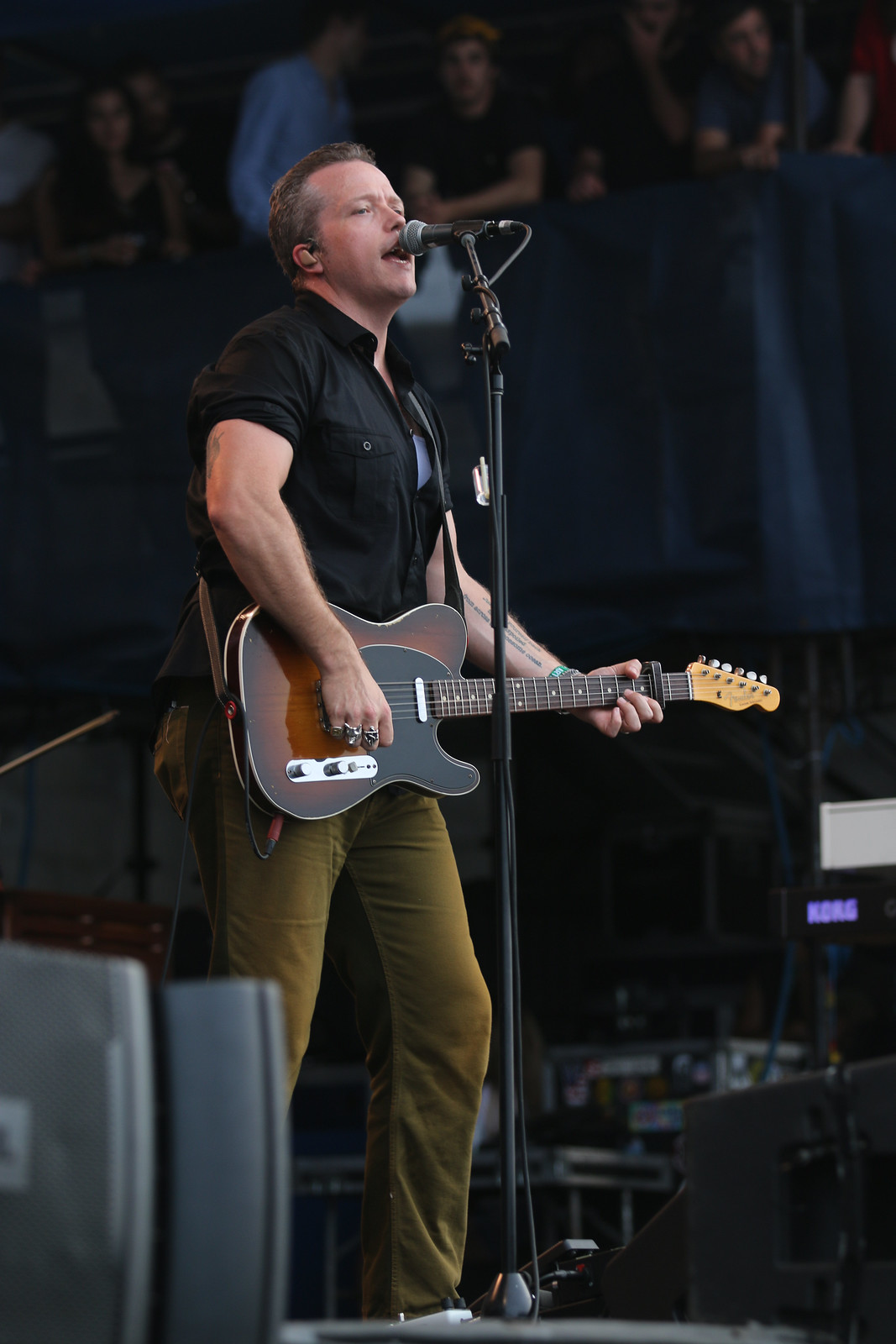 Amanda Shires (his wife and fiddle player) had played her own set earlier that day, and appropriately joined him and the band for the entire set. The interaction between Amanda and Jason was the most photogenic, though it was hard to catch both at the same time with a zoom lens from the side of the stage. Her face was generally one of stoic concentration. However, whenever she and Jason made eye contact a massive smile exploded across her face. I would focus the camera on her and her fiddle in anticipation of this smile.

The appearance of David Crosby was a complete surprise to me. He came out for a few songs, including the CSN&Y classic rock staple “Ohio”. It’s a song that’s as applicable to the news of today as it was to the news of 1971. It’s so applicable that over the course of the 3-day festival I heard this song covered 3 separate times. 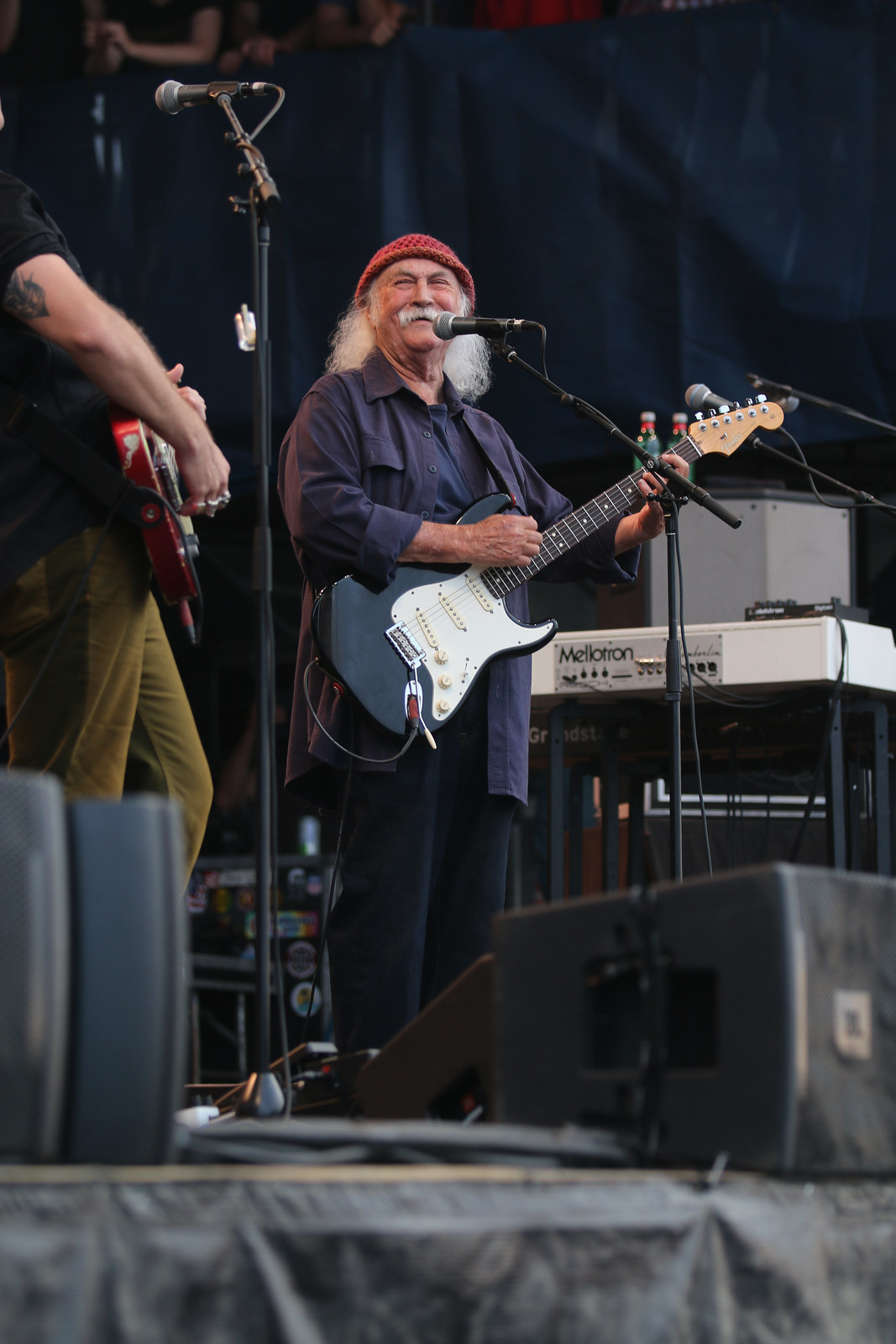 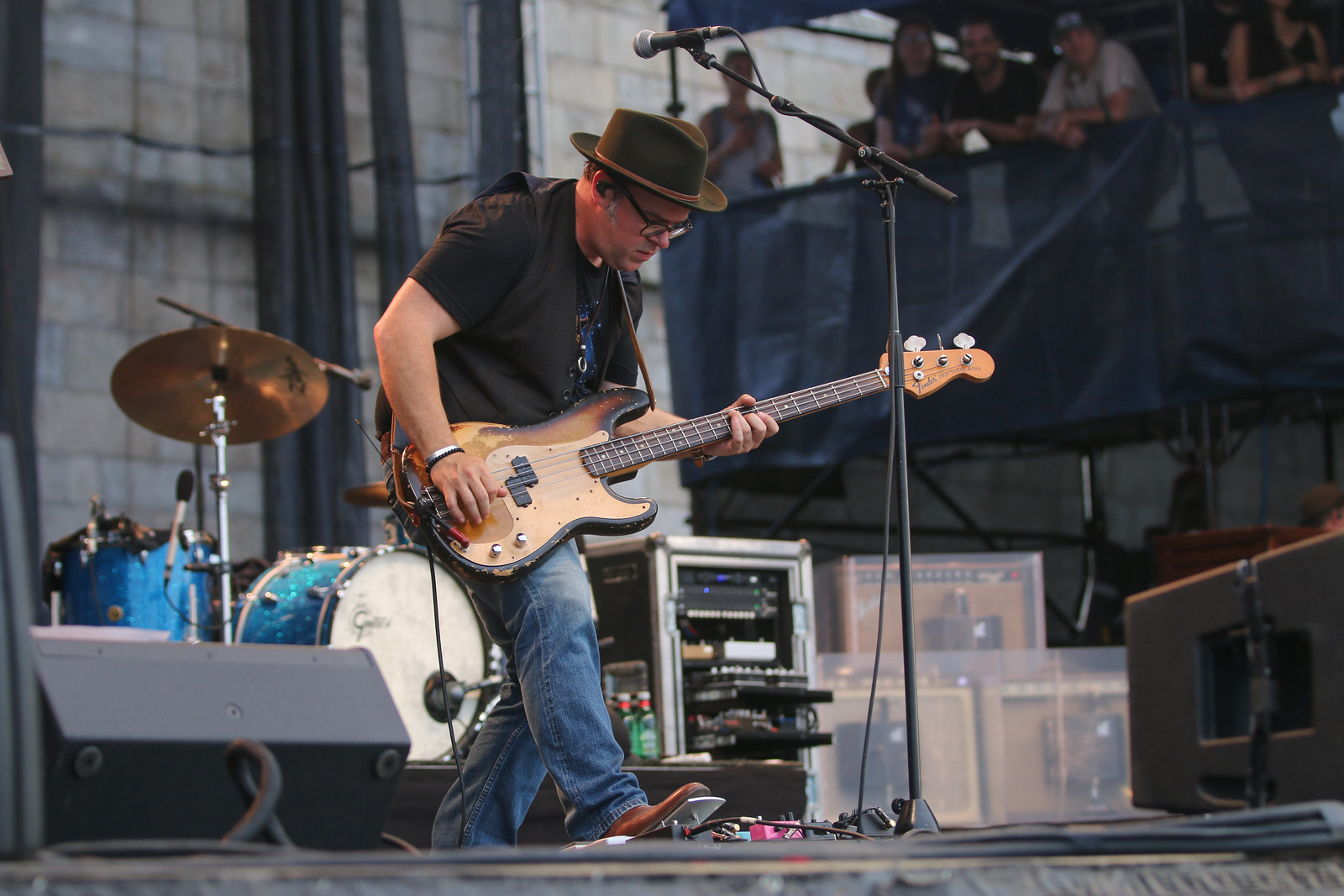 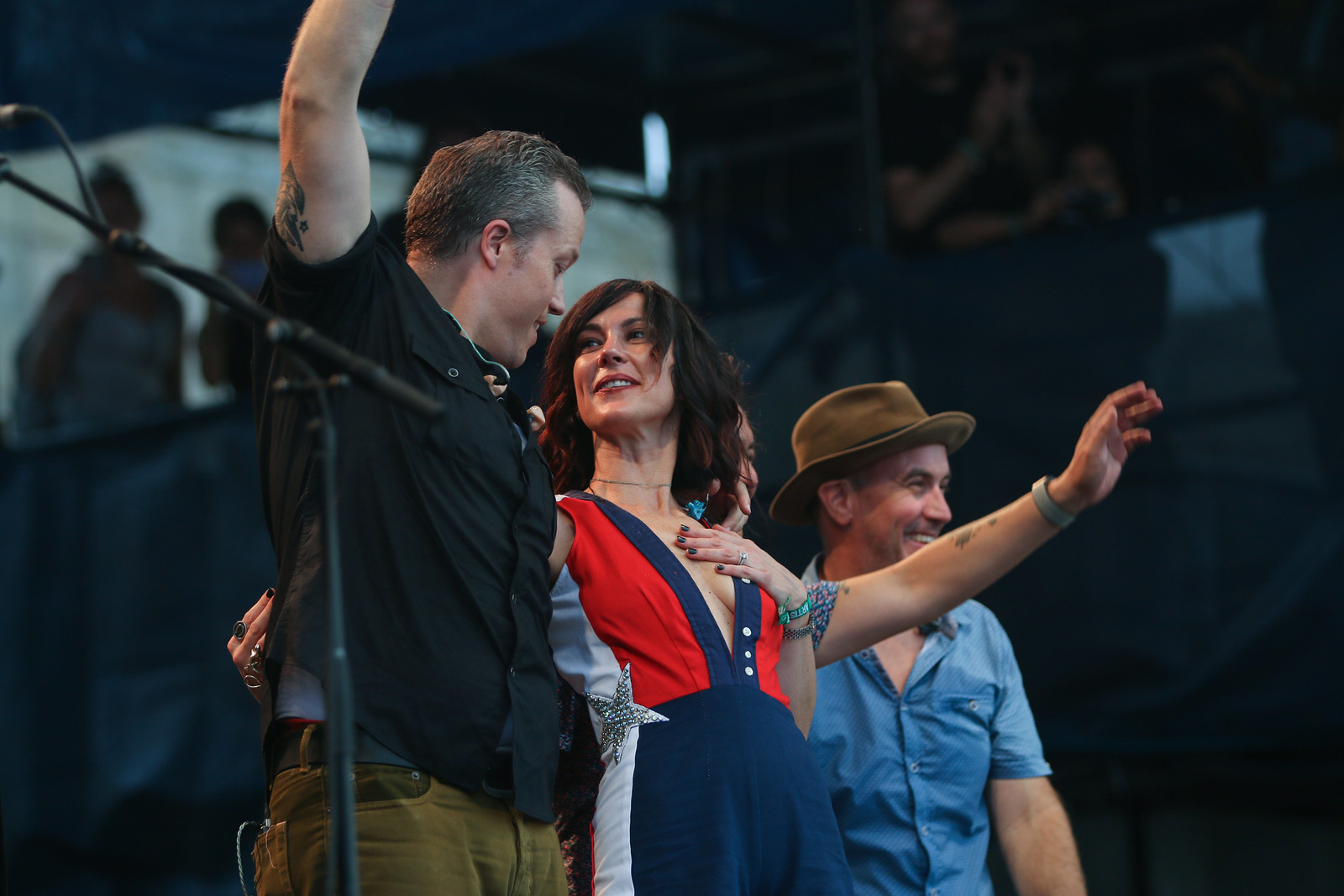 The Crowd of Newport

I took far fewer photos of the crowd than I typically do. I didn’t see many hoopers, my typical prey, but I think it was more due to the fact that I was most often locked-in on the main stage. The festival goes by very quickly. 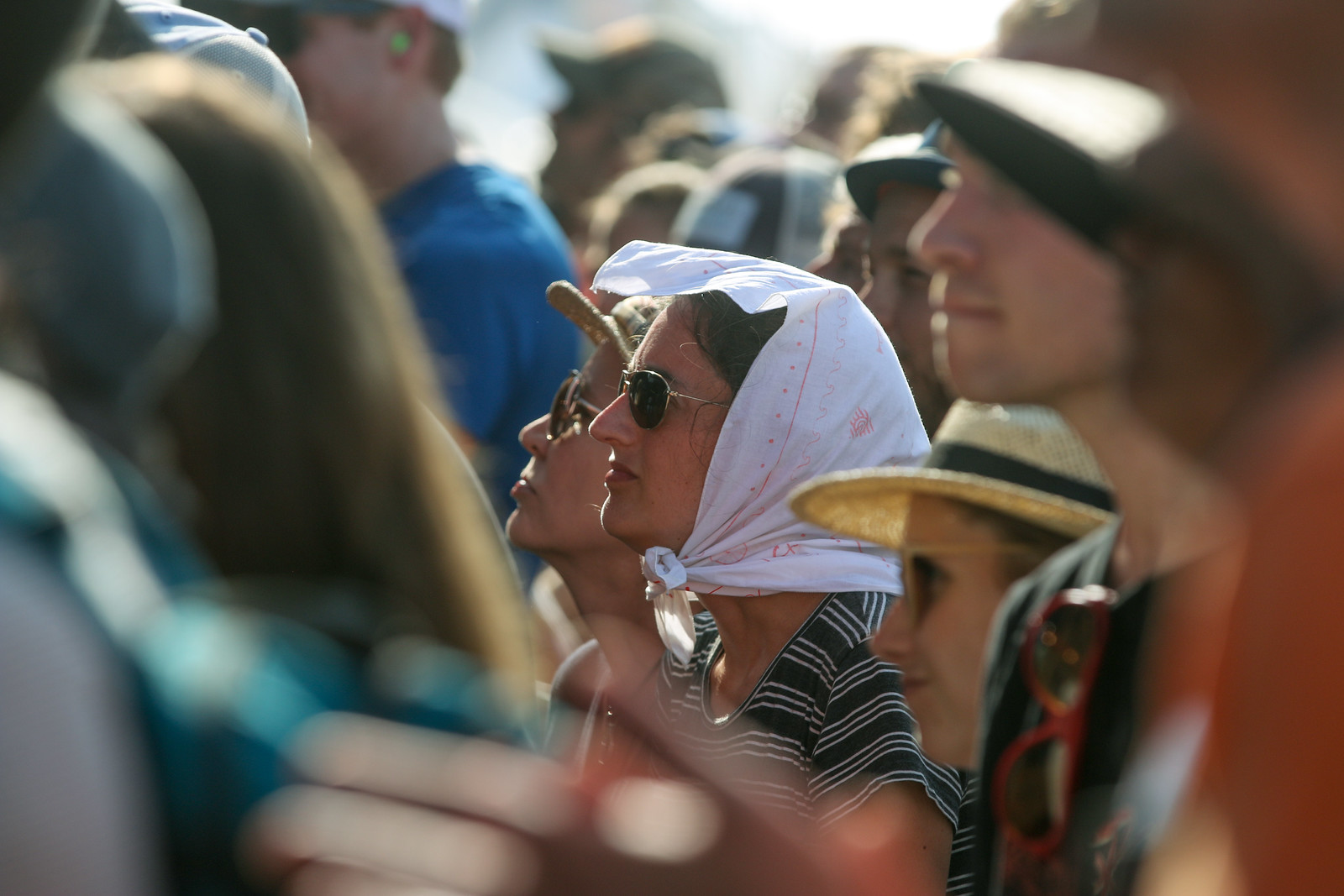 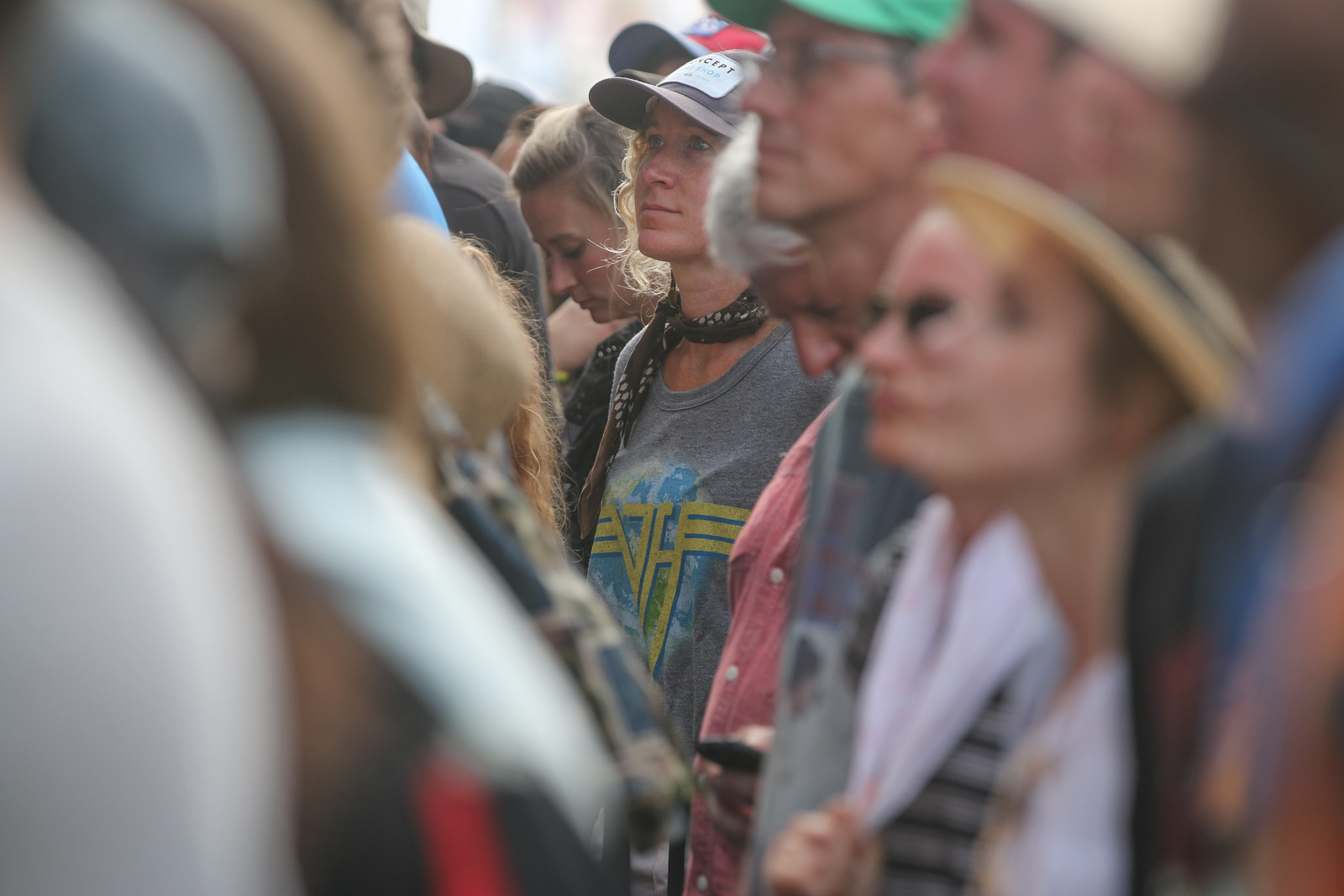 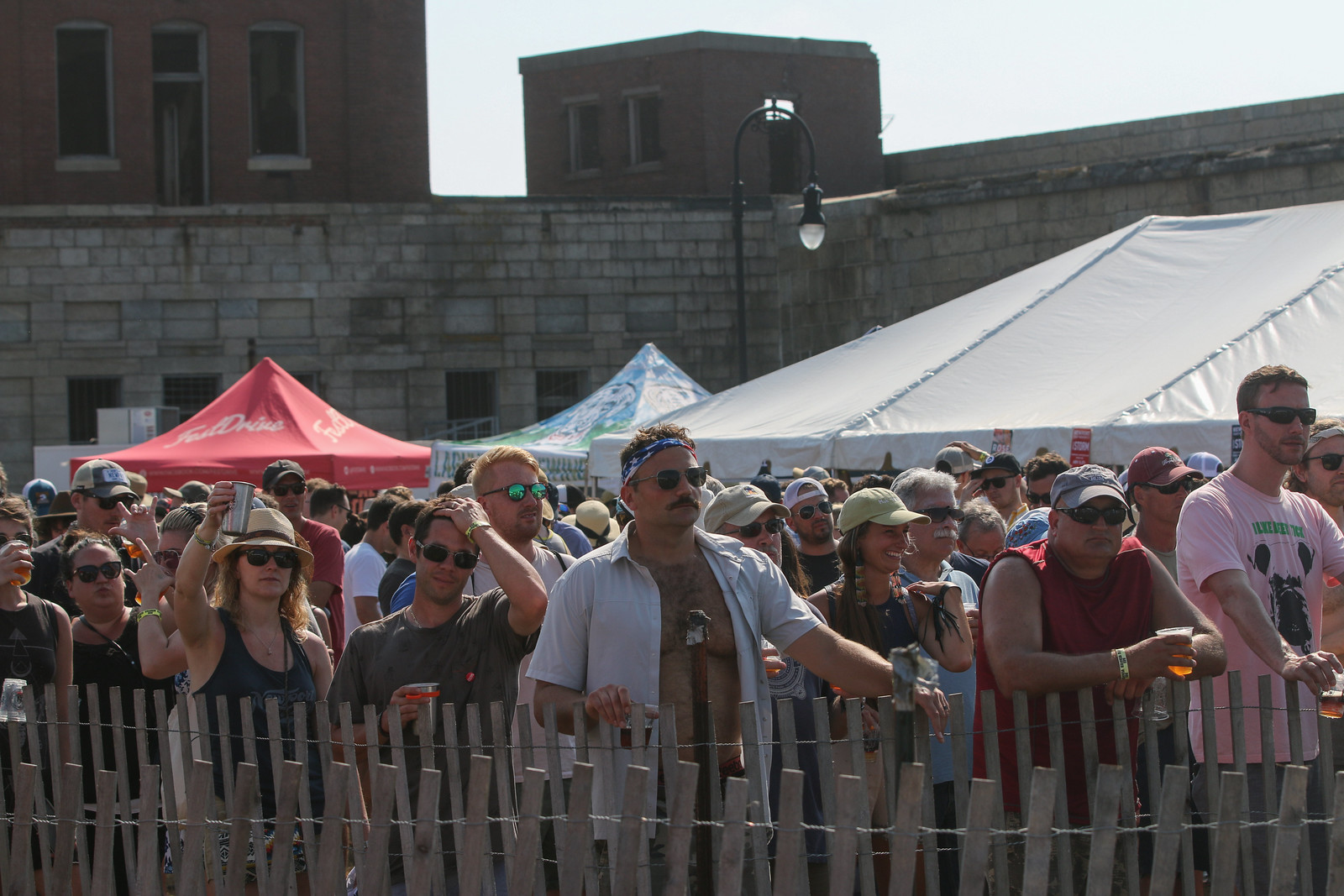 Getting out of Newport (Friday Edition)

I could not bring myself to leave the concert one minute before the scheduled end. There’s always worry of missing that one last surprise. If Paul McCartney had joined Jason Isbell for a final encore I’d never forgive myself for missing it. But the price one pays for the slim chance to see a Beatle, or other legacy artist, is a long wait in the parking lot as thousands of cars try to exit at the same time.

As I sat in the driver’s seat I saw a man with a banjo on his back walk past my car. It was Greg Liszt who I recognized from his work with Crooked Still, and later as part of the Seeger Sessions band with Bruce Springsteen. I called out of the open window “Hi Grey Liszt” but I didn’t expect him to hear me. He did, and turned around and said “who’s that?” with a smile of anticipation.

I responded with the let down of “you don’t know me, I’m just a fan”. He wasn’t going anywhere in his car either, so I don’t think he felt inconvenienced. I asked if he played with anyone at the festival and he mentioned something about rehearsing with a small chamber group. I didn’t push as to why. I asked if he’d be at the festival on Saturday and Sunday and he gave a very unsatisfactory and confusing answer; one that I don’t recall with enough detail to try and quote.

I mention this boring story because it provided a bit of foreshadowing to the question of who would headline Saturday at the Newport Folk Fest. It wouldn’t occur to me until later that evening, but Bruce Springsteen was one of the rumored possibilities and Greg had played with Bruce in the past. Was Greg at the festival rehearsing with Bruce in an underground bunker? I had inside information and was excited to discuss this information with everyone, but of course, the answer was no. Bruce Springsteen was not going to be part of the festival this weekend and I’d never see Greg again.