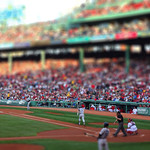 After a few days of being cooped up in a hospital awaiting the birth of my second daughter I decided to go for a walk to the local Barnes & Nobles. As I approached Boston’s Fenway Park I noticed a woman’s wallet on the ground. This was clearly a full wallet and not a piece of trash that had previously duped many homeless people so I picked it up. On a busy city street a full wallet will not last long so I knew the owner was in sight. I quickly sifted through the contents looking for a license or photo ID that matched a concerned pedestrian. There was no photo ID.

When it comes to finding a random wallet on the street there are 3 types of people; those that would steal the entire contents, those that would steal the cash and attempt to return the other contents, and those that would take it upon themselves to return the contents in their entirety. I put myself in the latter category for several reasons, but my thought at the time was that karma would return the favor and make the hospital stay go smoothly if I did a good deed. For those that are now rolling their eyes and thinking this isn’t the true definition of karma, I say there are more pressing things to worry about, such as returning a poor woman’s wallet.

Since there was no photo ID the urgency of the situation was reduced from seconds to minutes. It was time to search for clues. There were credit cards, a social security card and a Sephora card to give me her full name. There was a health insurance card to give me her date of birth; she was an 18-year-old college student. There was cash, $120, and a collection of soda tabs. Finally, a pen with the name of a local college laboratory.

The name alone was unique enough to find her on Facebook so I sent her a simple message; “Did you lose your wallet near Fenway?” I expected a response within minutes. I imagined any 18-year-old to be wandering around the streets with the phone in one hand and a latte in another, walking blindly into cars, children and street signs. I heard nothing back from her during the course of my outing. 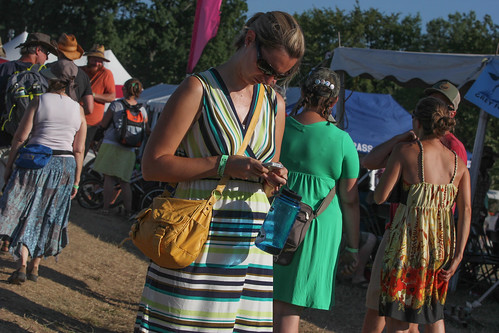 When I returned to my laptop I did some additional research. It was here that I learned about Facebook’s “other” folder. I expected my message to flash on her phone or appear in the conversation section on her Facebook page. Instead it went to a folder I’ve never heard of or checked before, so I didn’t expect her to proactively check it while I was awaiting her gratefulness towards my good deeds.

Facebook did give me the option of paying $1USD to have my message appear to her. The cynic in me scoffs at Facebook posts suggesting the site will start charging for basic  and existing services, but this was one I saw with my own eyes. It did cross my mind to pay the $1 and take it out of her funds but I wanted to at least attempt finding her for free.

I friended her but she rejected a stranger’s friendship as I would likely have done myself. I turned to Google to stalk her with good intent. There was little information about her publicly, but I did find her instagram account. It was your average college-aged girl’s Instagram account with mirror selfies and pics of food and finger nails. The only things missing were thigh-gaps, Starbucks cups and all the Pokemon she’s caught (full disclosure I don’t have any college age girls in my Instagram feed so these are assumptions).

I commented on her most recent photo which was a picture of 2 hands doing the cheers motion with 2 bars of chocolate. I simply said “did you lose your wallet”? I figured that by this time she must have realized that her wallet was missing and Instagram didn’t expect any US currency from me to comment on a stranger’s photo. So in the course of the next few hours she friended me on Facebook and we were able to chat free-of-charge. We quickly set up a time to meet in the lobby and the wallet was returned the morning after it was lost.

I didn’t expect anything in return, though it was in the back of my mind. Should she have given me one of the $20s in her wallet? Maybe sent flowers to our hospital room as she now had my full information? The answer (and outcome) was of course no, that wasn’t the point. It ultimately served as an interesting distraction and an overall enjoyable detective hunt.