In terms of photos your aunt wants to show you, parade photos are in the middle-tier of boring-ness. They’re more exciting then photos of her kitchen remodel, lake vacation, or friends she hasn’t seen in years. But, they are not as interesting as photos of her hysterectomy recovery, flood insurance photos of her Franklin Mint plate set, or that time she ran into Patrick Swayze’s dad at Subway.

A parade is a collection of energetic happy people attempting to make a permanent impact on their audience via signs, floats, music and tricks, while making a temporarily frustrating traffic situation for non-attendees. On paper it’s photography gold, and the instinct is to capture everything at once, but the beauty is in the individual excitement, emotion and story. It’s a constant flow of photography opportunity, and each individual moment is fleeting.

My lens of choice is a zoom lens, preferably my 70-200mm f/2.8L II lens. This is perfect for the details, but comes with the most dangerous risk/reward ratio. To start, here are some of my favorites. 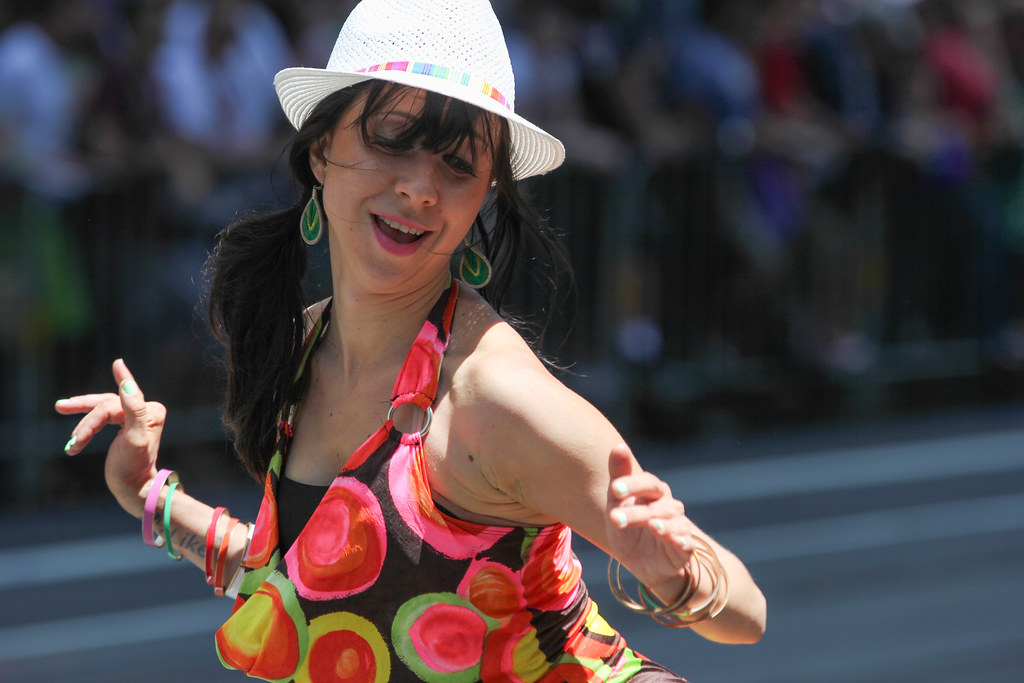 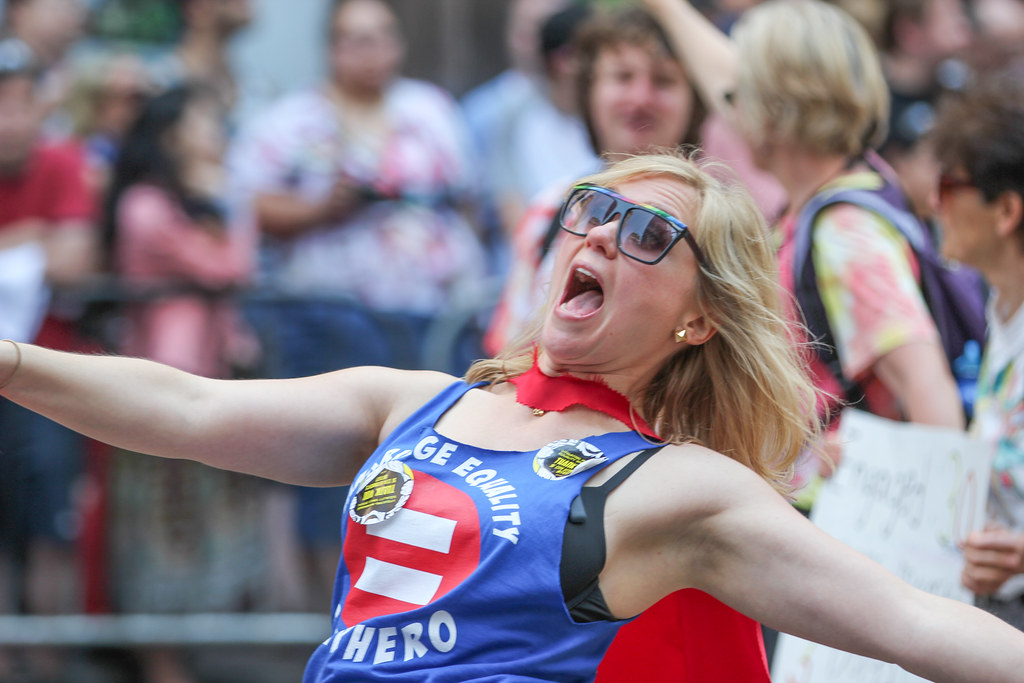 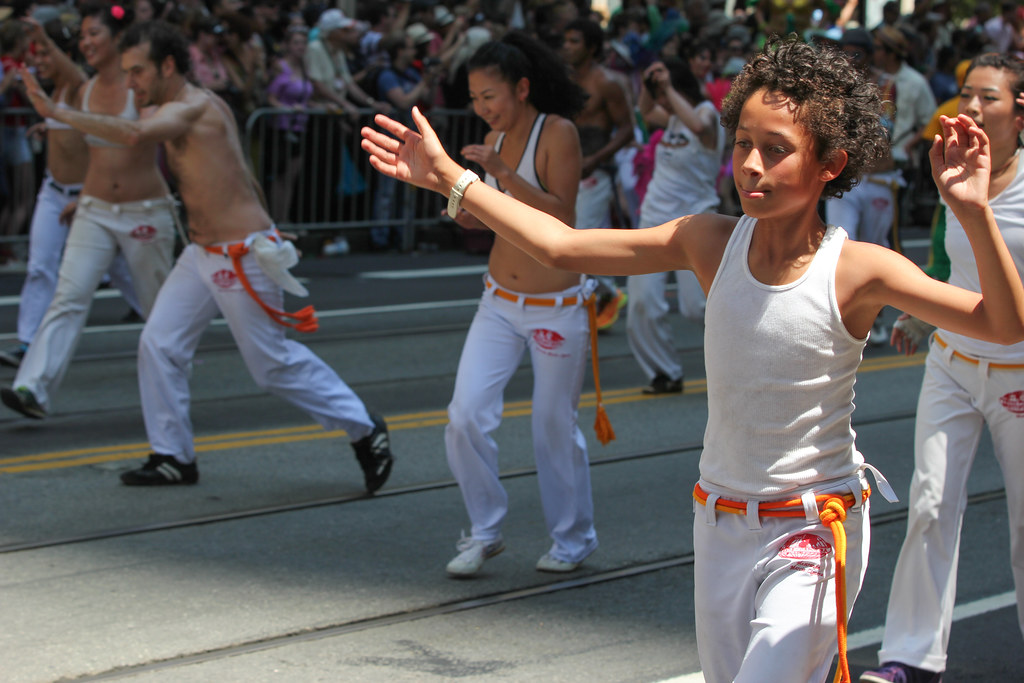 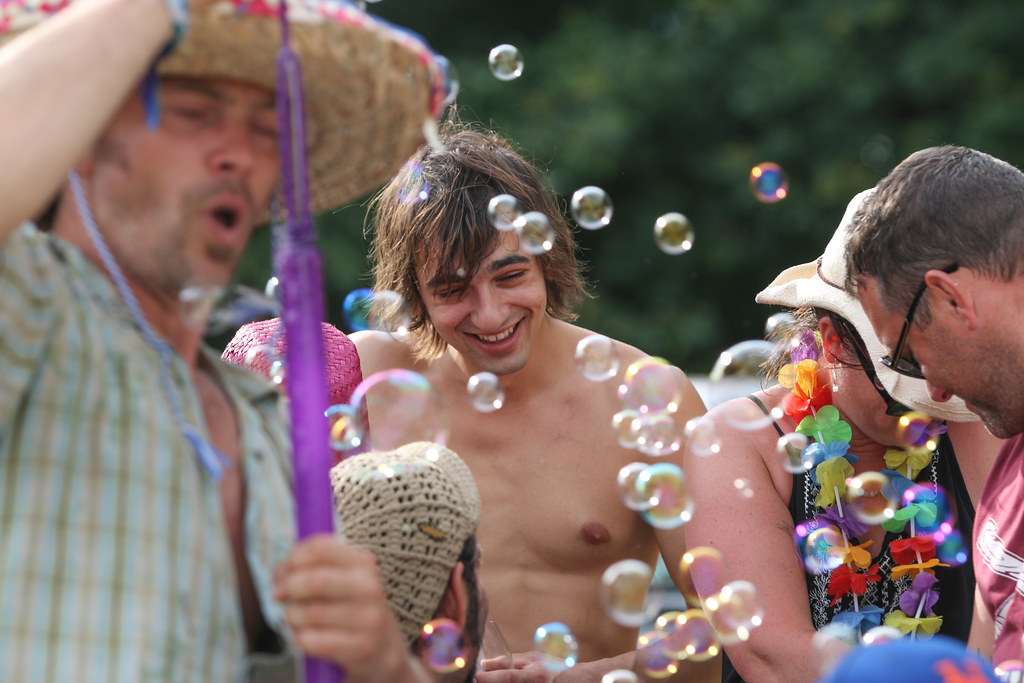 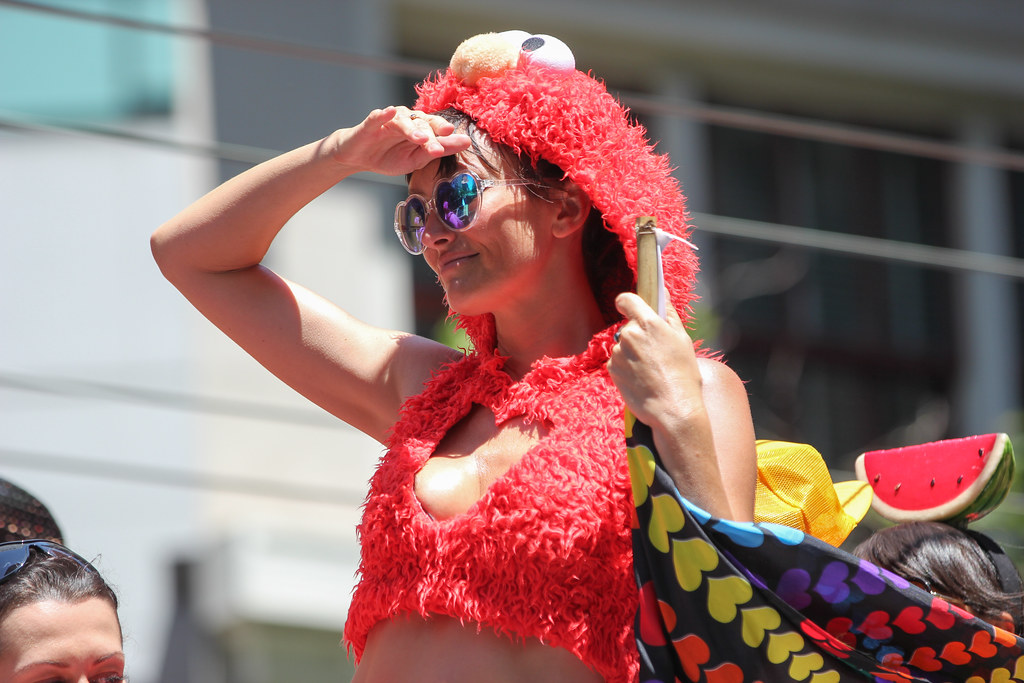 The most obvious problem is the unpredictable obstacles. An interesting subject may be on the other side of the street, and while the lens is perfectly capable of getting the shot, it has to come at a time when paraders aren’t in the way. Audience members and other photographers are also competing for the same shot and could easily be more aggressive and disruptive than I’m willing to be, and therefore, in the way. If someone or something gets in the way of that spontaneous marriage proposal in the blank space between floats, you can never get that moment back.

Another unpredictable obstacle with the zoom lens comes with the entertainers being overly excited to get their picture taken, but not taking into account the lens being used. The lens won’t focus on a subject closer than 6 feet in front of me, and even at around 6 feet the most I will get of a subject is the head and maybe some torso. Eager parade folk will play with the camera man. They may point, smile, dance, pose or otherwise do something special and photo-worthy, but they will always do it right in front of the camera meaning there’s no real photo opportunity with this lens. I, of course, will just smile and continue to pretend to take their photo. I suppose I could drop the camera and scream “Did you take into consideration the limitations of my lens before you did that?”, but that seems extreme and generally counter to the positive atmosphere of parade festivities.

When the subject moves past the camera the opportunity isn’t completely lost as there’s a small chance for the rare look-back photo. This is when you turn around and focus on the back of someone as they march away in hopes that they turn around. A photo of someone’s back will always look clumsy and accidental, but when that someone looks over their shoulder it can add some mystery. It’s a very risky move as not only is the chance for the look-back small, but it also takes you away from the more reliable action in front of you. These aren’t perfect, but they are examples of times when the look-back worked.

Standing to the side of a parade is safe, but it limits the photography to a certain, side-ways, angle. If barriers allow, it’s a minor thrill to kneel in the middle of the parade route and get a head-on shot. Unlike all the other shot types here, it’s my preference to capture the feet and some pavement in these shots to give the photos a sense that they’re moving towards the viewer. The trample dangers are real and should not be downplayed. A trombone blow to the head can be fatal. 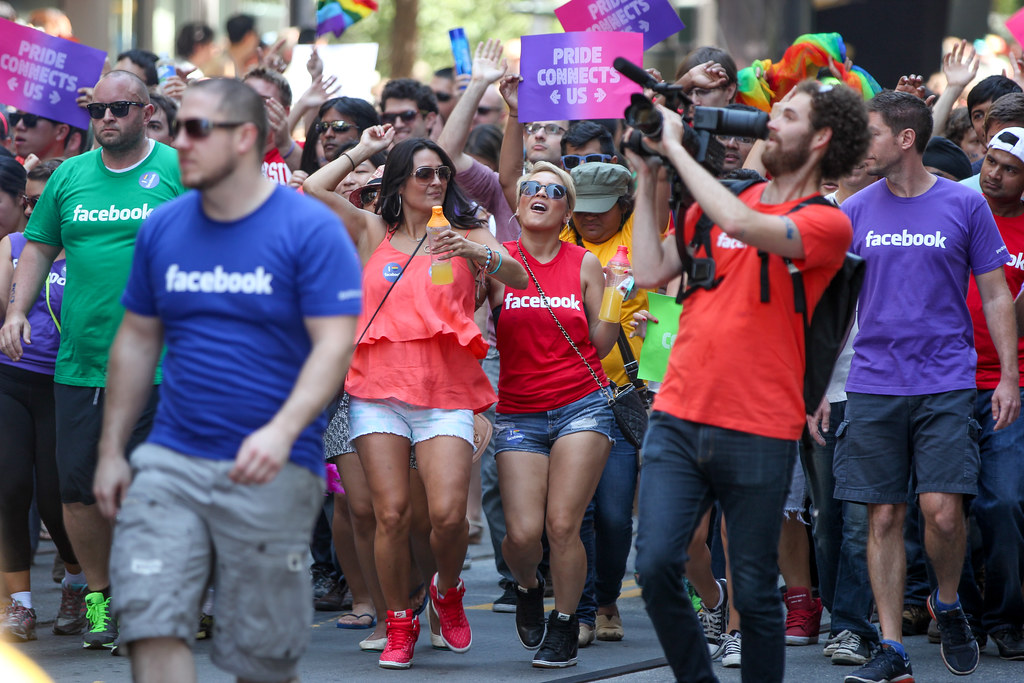 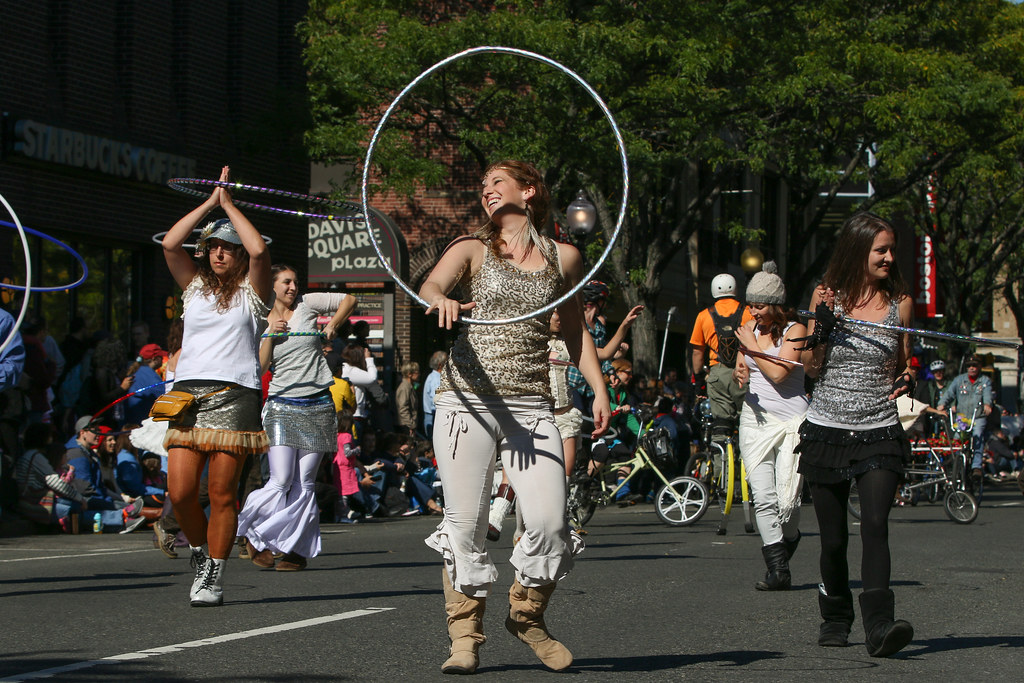 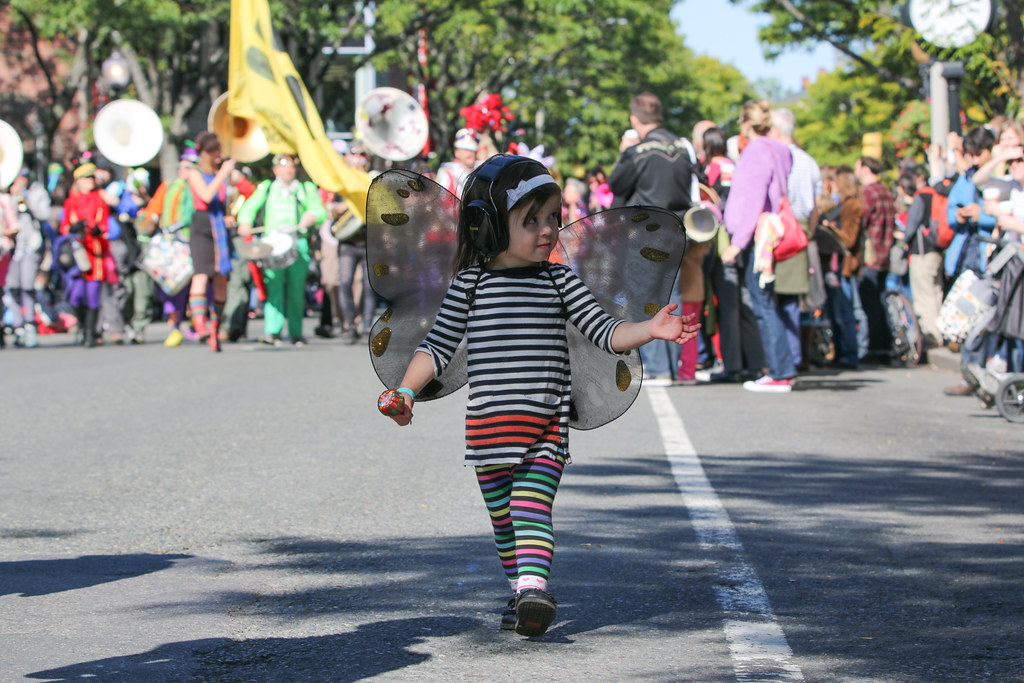 The audience of the parade is made up of smiling, sitting ducks that don’t have the same time sensitivities that plague capturing the moving parade participates. If there’s a theme to the parade they may be dressed in similar apparel and can serve as the subject for a guaranteed successful shot. 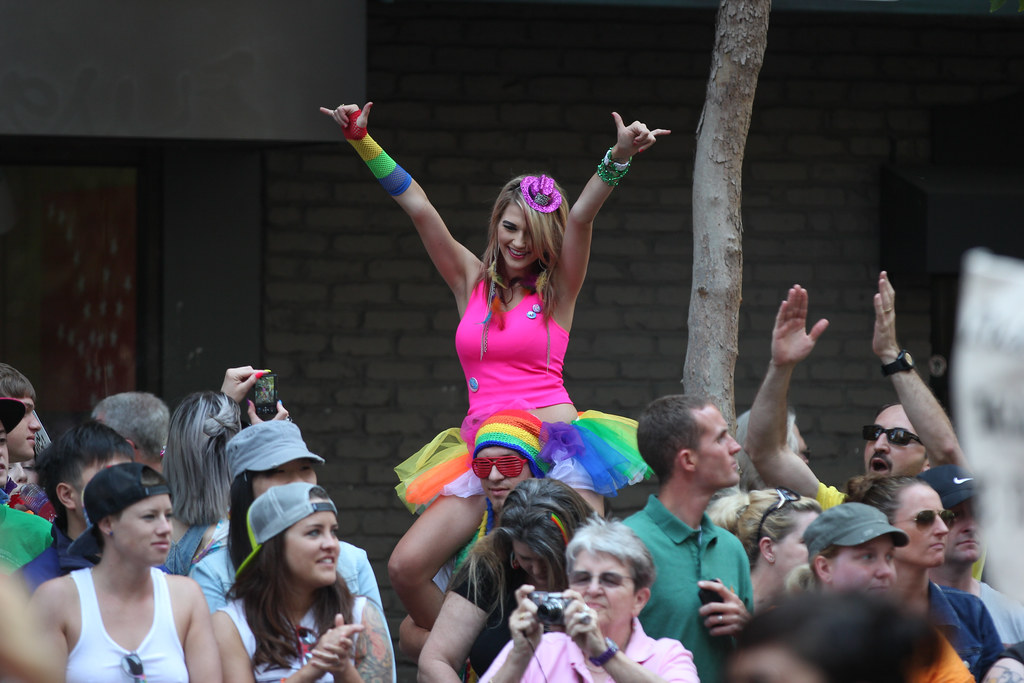 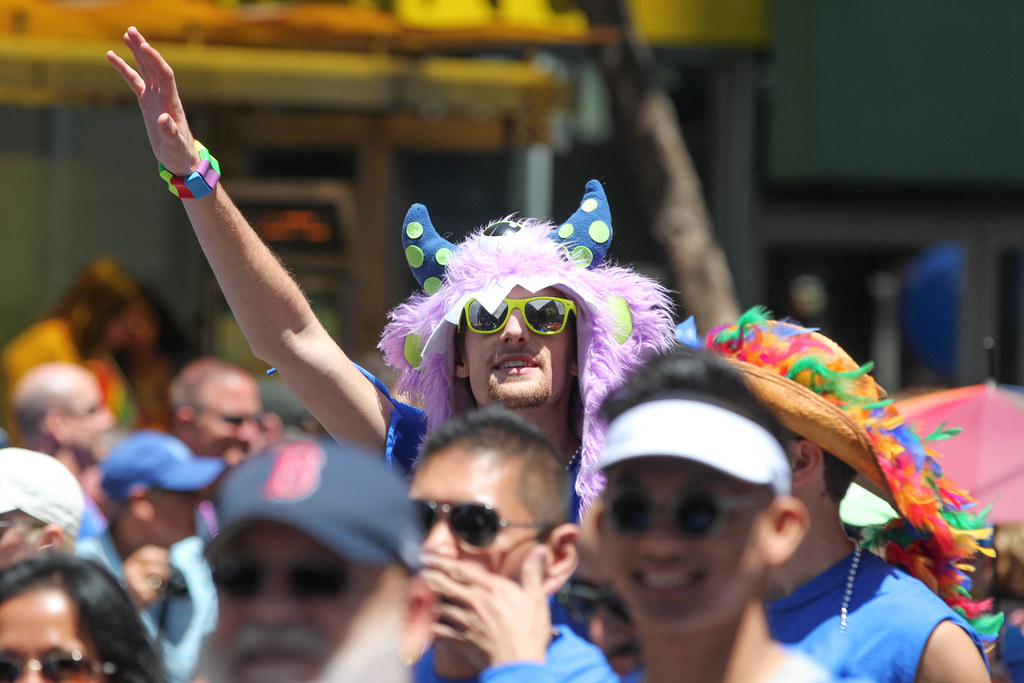 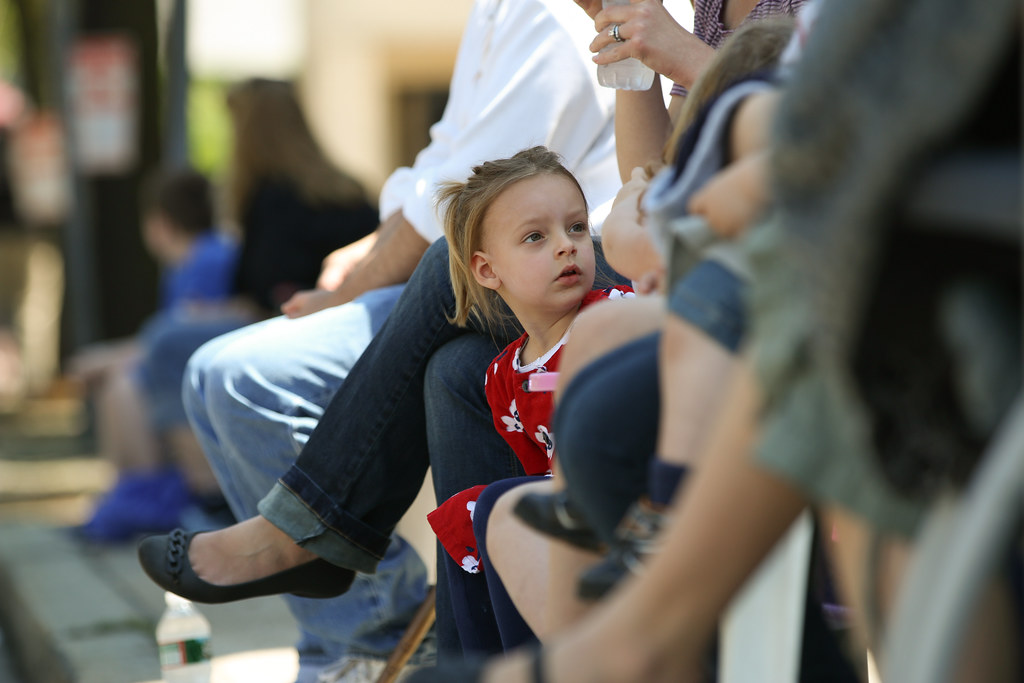 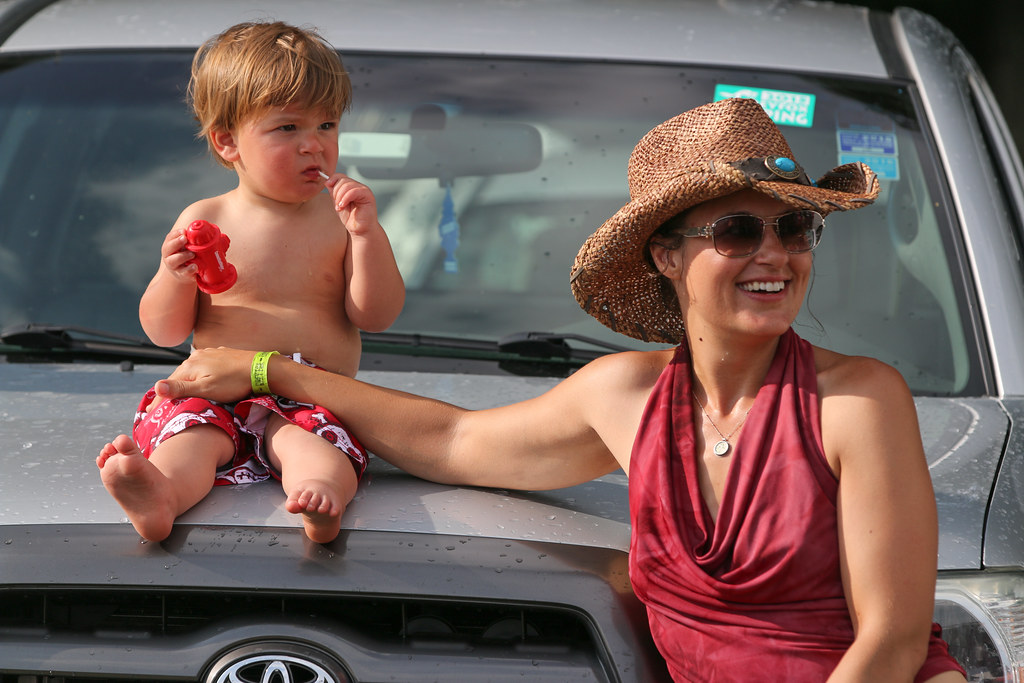 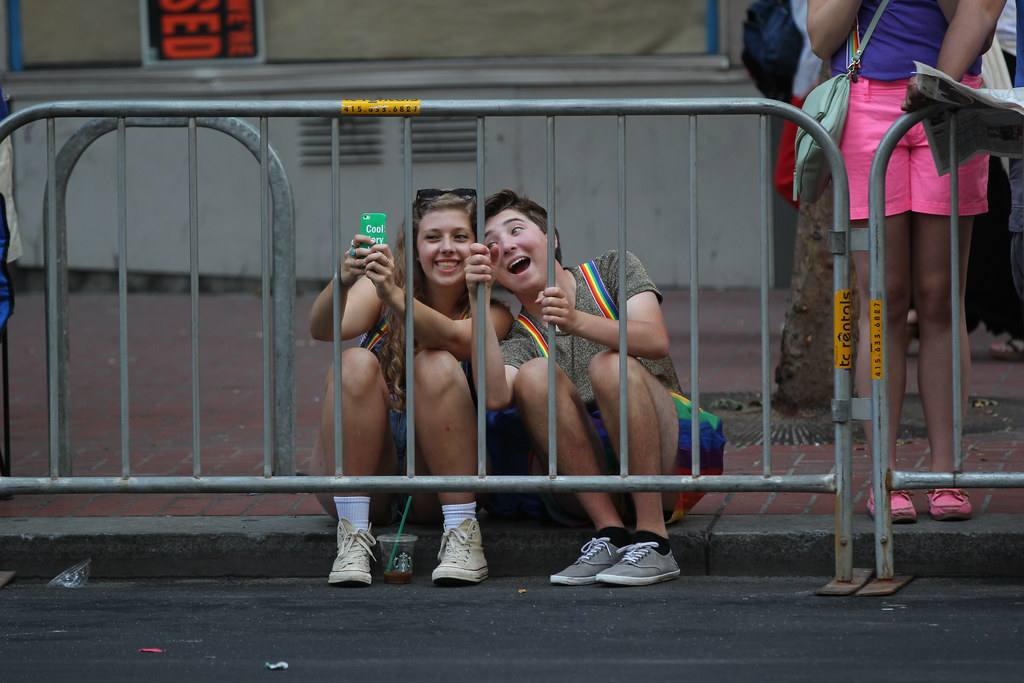 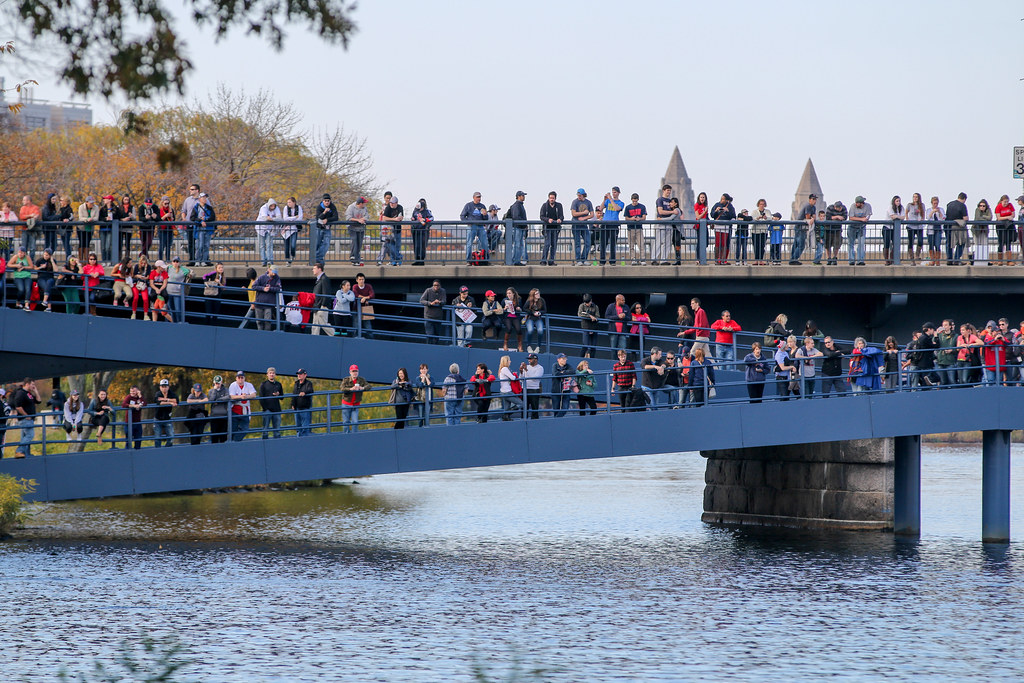 Disclaimer: The information contained in this website is for general information purposes only. There are many schools of thought when it comes to parade photography and no opinion in inherently wrong. I’m sure your aunt is very nice, and I have no idea what she’s going through.