This article about 19 classic rock bands discusses the number of original members on tour with them today. In many cases these old bands only have 1 or 2 original members but still tour under the name that brought them fame and success in the 60s, 70s and 80s. It’s very factual, but doesn’t answer the question of “does it matter?”. For these bands, and for me, the answer is not really.

Chris Thile and Bela Fleck played a prime-time slot at this year’s Grey Fox Bluegrass festival. There is little debate that they are currently the most proficient musicians on their instrument; mandolin and banjo respectively. If they were replaced with the banjo player from Mumford and Sons, and the mandolin player from R.E.M., it would not go unnoticed. They are players that are not easily replaceable. They achieved their fame not because of their image, but because of their mind-blowing ability to play their instruments in a way that redefined a genre of music. I, for one, would be disappointed if there were substitutions.

The same could be said for a local, independent band. There’s a certain charm to seeing a local band in a small venue and crafting their backstory. They are a group of people who met at a local music school and for the love of music got together and started a 5-piece Americana band. They struggle with rent and bills, but that’s not important. They could technically be replaced by studio musicians; the same studio musicians that played on the latest P!ink album. They don’t have the same fictional backstory that I can easily apply to the group of young, struggling musicians. I, for one, would be disappointed if these were the substitutions.

But Classic Rock is different. The band names are household names that outrank any individual contributor. Would I care if the bass player from Kansas was replaced with a teenager who borrowed a bass from his cousin and looked up the Kansas tabs on ultimate-guitar.com? Probably not. Would I notice if the original drummer for Deep Purple was replaced by a robotic manikin and a drum machine. Possible not. But the key is, I don’t think I’d really care.

I can take it one step further. I saw Foreigner in 2010 at the Bank of America Pavilion in Boston. I knew little about the line-up and had no reason to believe I wasn’t seeing the original band from the 1970s. But I wasn’t. I was seeing replacement members for everyone except Mick Jones, the original guitarist. And from what I understand now, he only joins the band on occasion meaning that the band is often made up entirely of replacement players. During the show, I didn’t notice. To me, Hot Blooded sounded like Hot Blooded. Cold as Ice sounded like Cold as Ice. I was part of a massive sea of audience members who knew every word. It was a gathering of rock music fans that connected over their mutual knowledge of the lyrics to Cold as Ice. This was far more important then the understanding that the drums were being played by the same drummer who played it in 1977. It was even more important than the fact that the lead singer was not the classic singer, and only 16 years old when Cold as Ice was recorded. 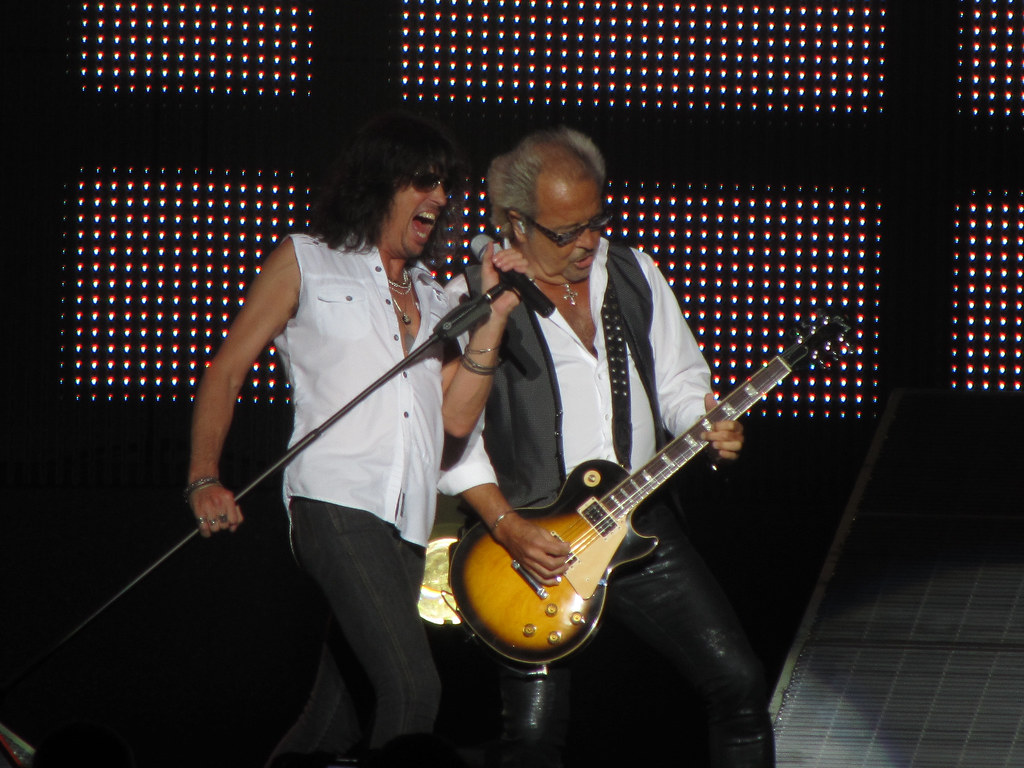 Guns ‘n’ Roses are currently in the middle of their ‘reunion’ tour, which includes 3/5th of the original line-up. It’s billed as the “Not In This Lifetime Tour”, which is oddly named since it’s happening in our lifetime. A more appropriate name would have been the “Why Did It Take This Long Tour”. I thought about going, and I’d likely be 300 feet away from the band.  It wasn’t the reunion of Slash, Axl and Duff that made me consider attending. That relationship is forever tainted and it’s hard to think of this tour as anything but a long-overdue cash grab. The draw for me would be seeing a band from my childhood with 70,000 other fans who also grew-up on their music. From 300 feet you could put a top hat on a scarecrow and it would look like Slash to me. It could be a cover band, but that would never draw a 70,000 person crowd.

Everyone has a different threshold for how many classic members must be in a band before a ticket is purchased. Most people wouldn’t see The Rolling Stones without Mick and Keith, myself included. But I’d see every band in the original article (second and third tier, as they call it) with only one original member, and some with no original members, as long as it was the officially sanctioned band. It’s not because it’s important to me that the original artist or record company is somehow paid properly, but because the audience will feel officially sanctioned as well. It’s hard to get excited for a cover band in a cover-band setting, but if they were billed as the official band and filled a stadium with official fans, it’s easier to swallow the ticket price and get caught up in the collective excitement. I can’t name one member of Foghat, but I’d be happy to sing along to Slow Ride with a few thousand people that also couldn’t name a member of Foghat.

I get a lot of my rock news from Eddie Trunk’s podcast and he talks a lot on this subject. On several occasions he discussed how Foreigner is now often touring without an original member, and Kiss may follow in their footsteps. As a casual Kiss fan I’d be content with seeing 4 unnamed people in the Kiss make-up as long as the production value was just as high as an original Kiss show, and all the fans accepted the band as the official Kiss. It seems that Eddie agrees in general, but I’m not sure he’d be as accepting to all of these band changes as I claim to be.

As previously mentioned, it’s different for everyone. Obviously if it’s a band I really like then the number of required original members goes up. But for the most part these classic rock or 80s-rock bands have built a brand name bigger than most original members so fans will follow the brand name, not the individuals. One of my favorite live bands is Rush and I’d think hard about spending $70 to see them without the classic line-up. There are many casual Rush fans that would be just as happy to sing along to Tom Sawyer with only 1 or 2 original members. But I don’t think they’d ever tour without the 3 core members, which is likely the reason I consider myself more than a casual Rush fan.