Old Flame started the festival off on the second stage and was a name I hadn’t heard of before. It was a local Turners Falls act and certainly brought enough energy to make for some interesting photos of the singer. A safety pin from the staff helped prevent a nearly-certain wardrobe failure. 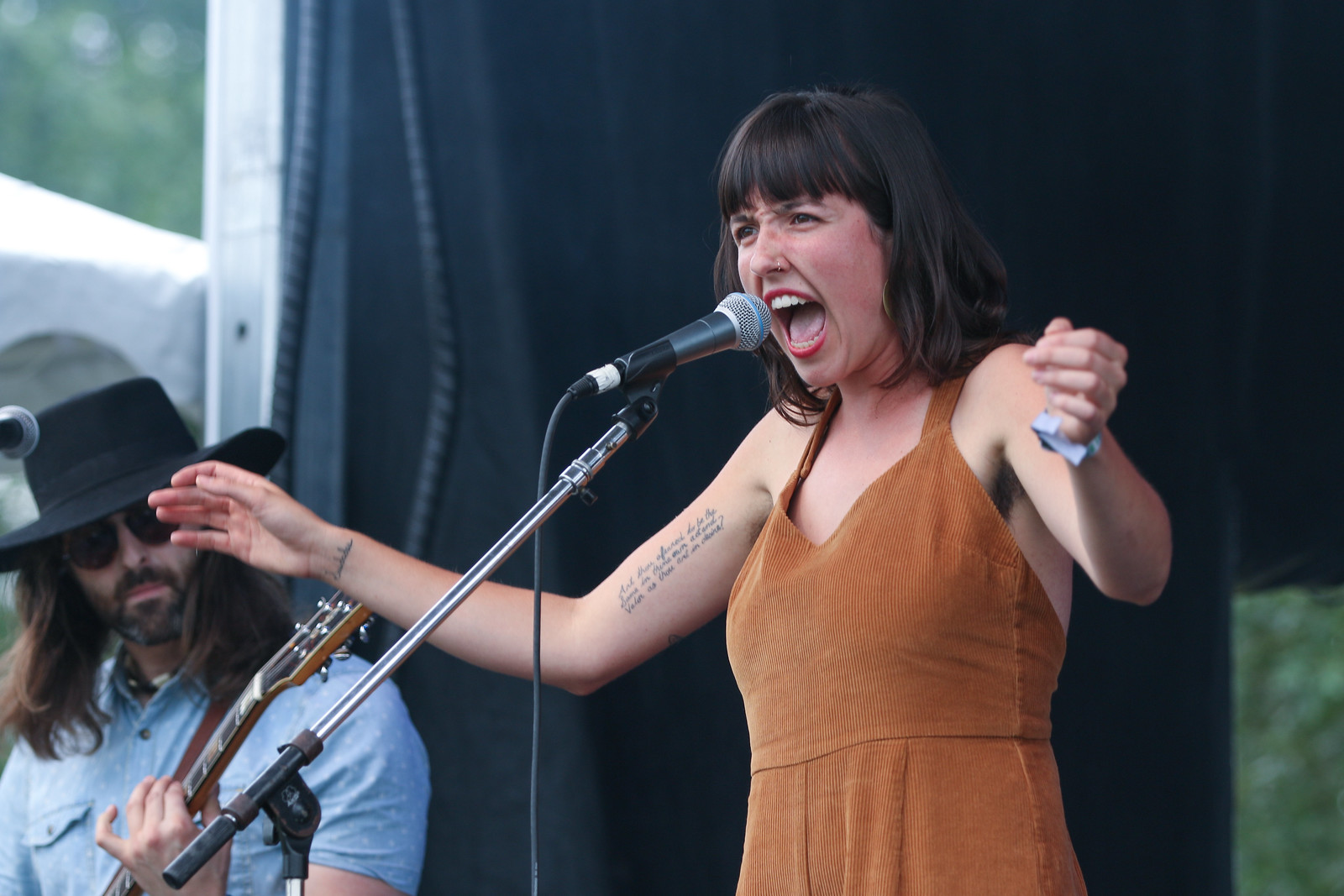 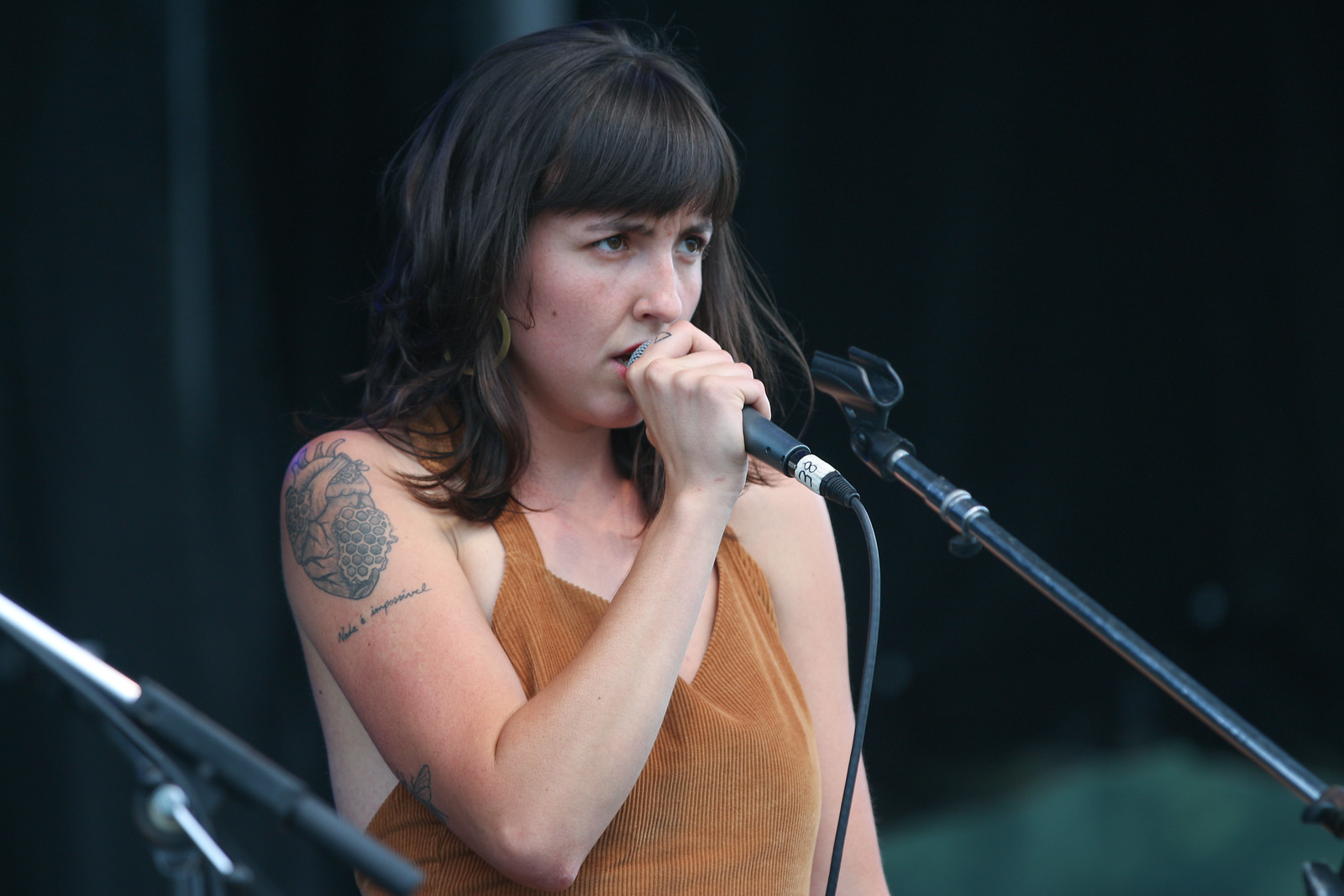 I had just seen the Mammals play at the New Bedford Folk Festival, but their set on the sun lit main stage provided a much better photography opportunity. 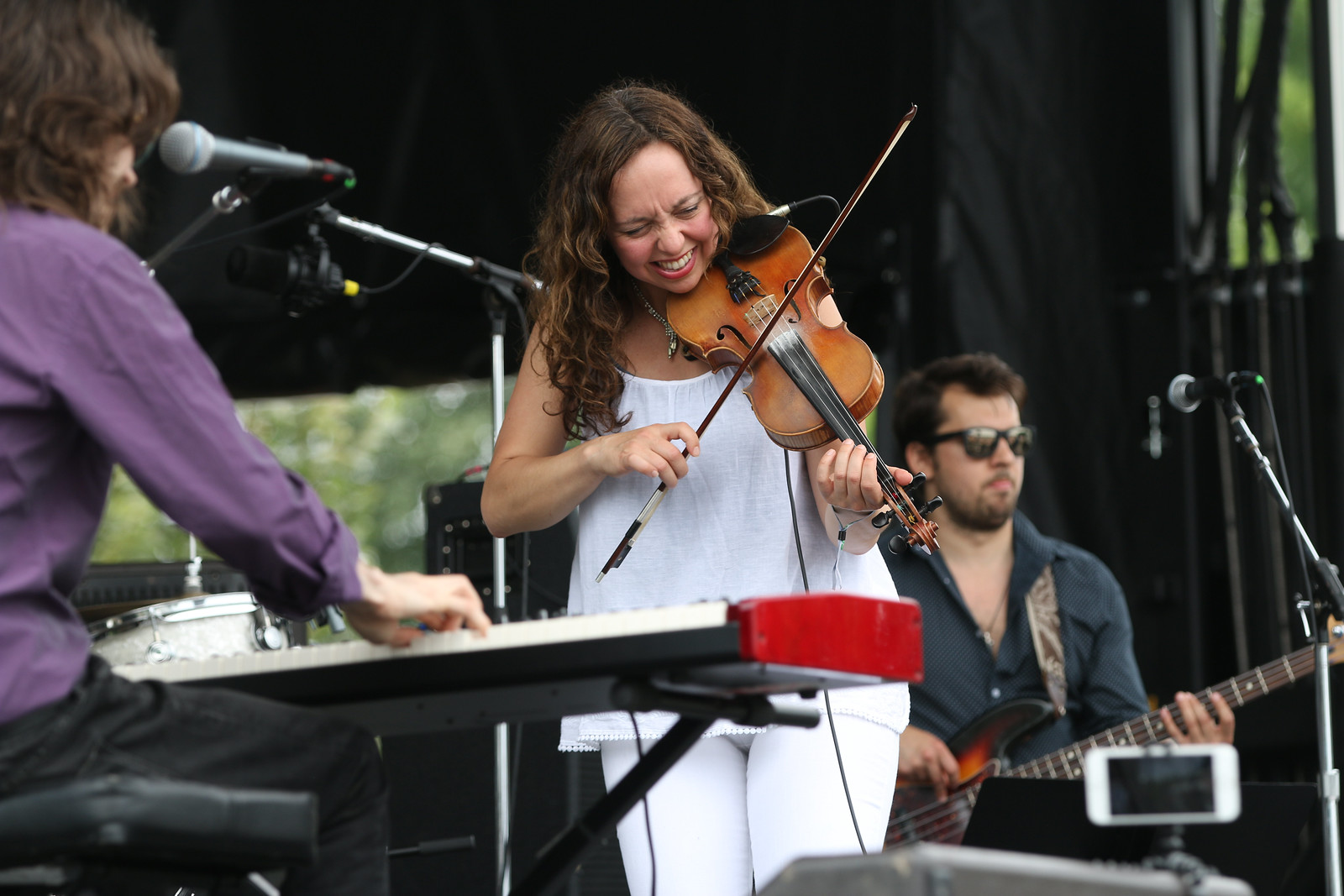 Ruth Ungar of The Mammals 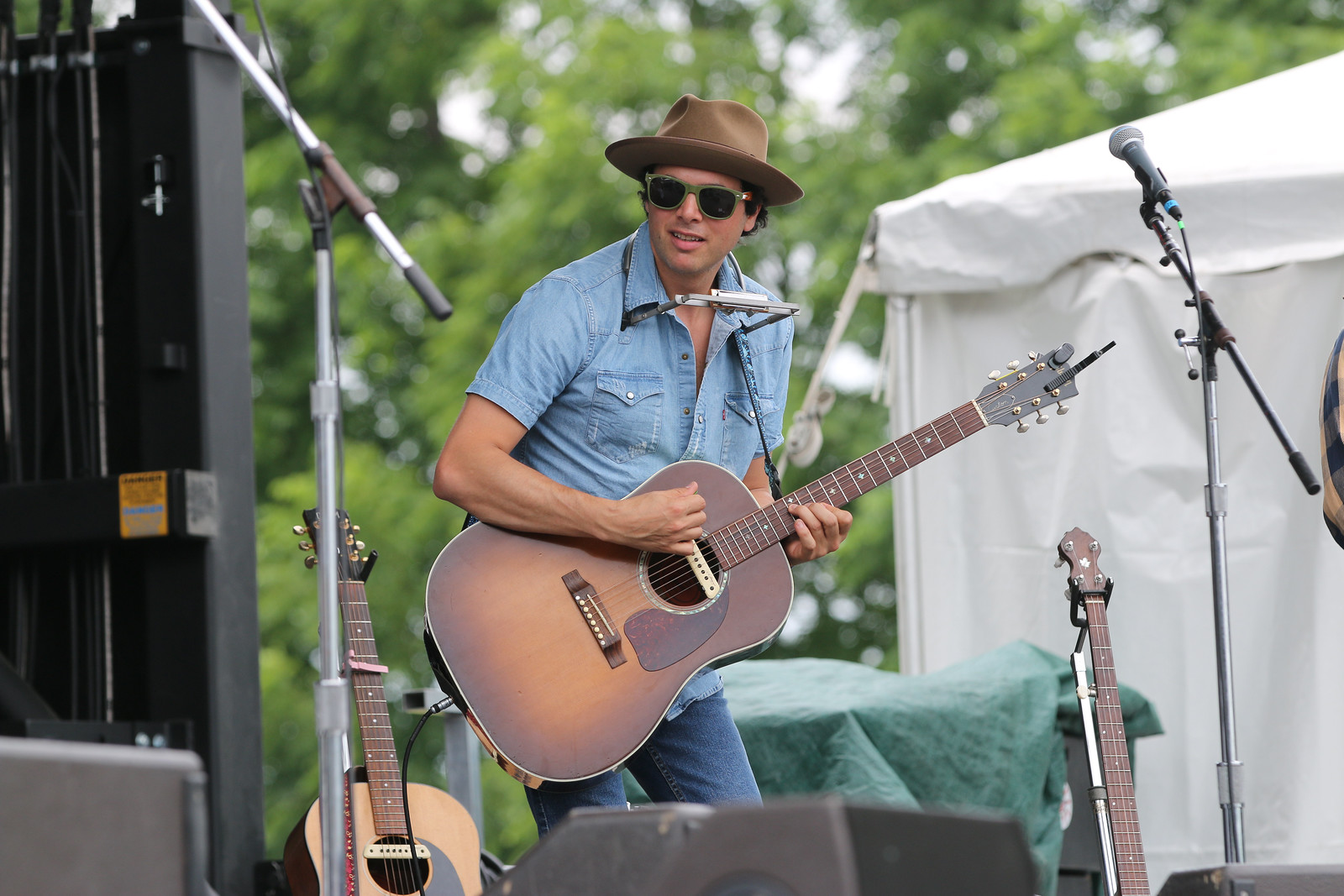 Mike Merenda of The Mammals

Bands like Big Mean Sound Machine are what make Green River Festival unique. They blend so many different styles, from African to Jazz to Folk to Rock. It was only 2pm, and the sun was hot, but they had the entire lower half of the festival on their feet, wondering just how cruel this big machine could get. If cruelty is measured in sick trombone moves, this band was pure evil. 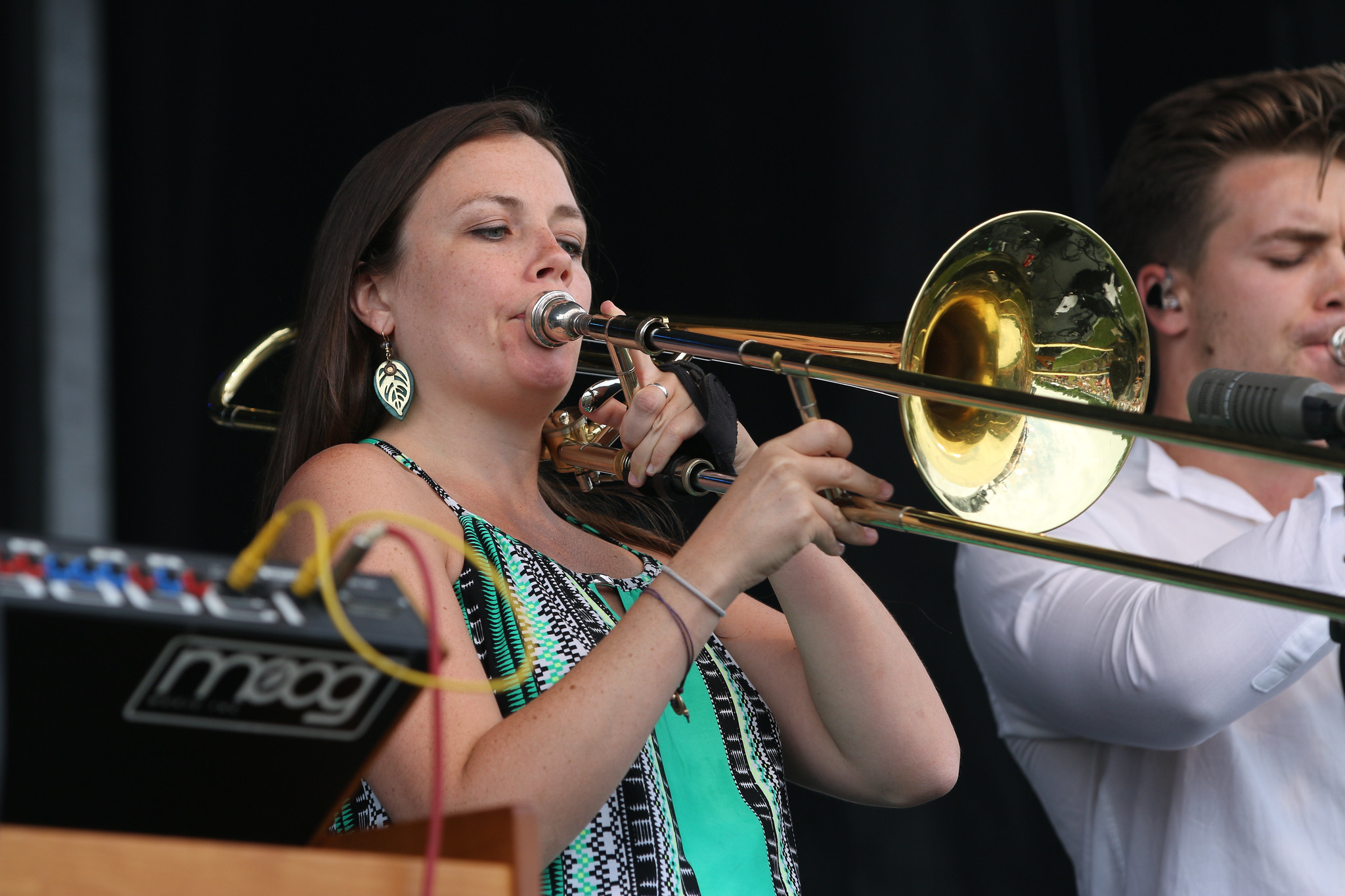 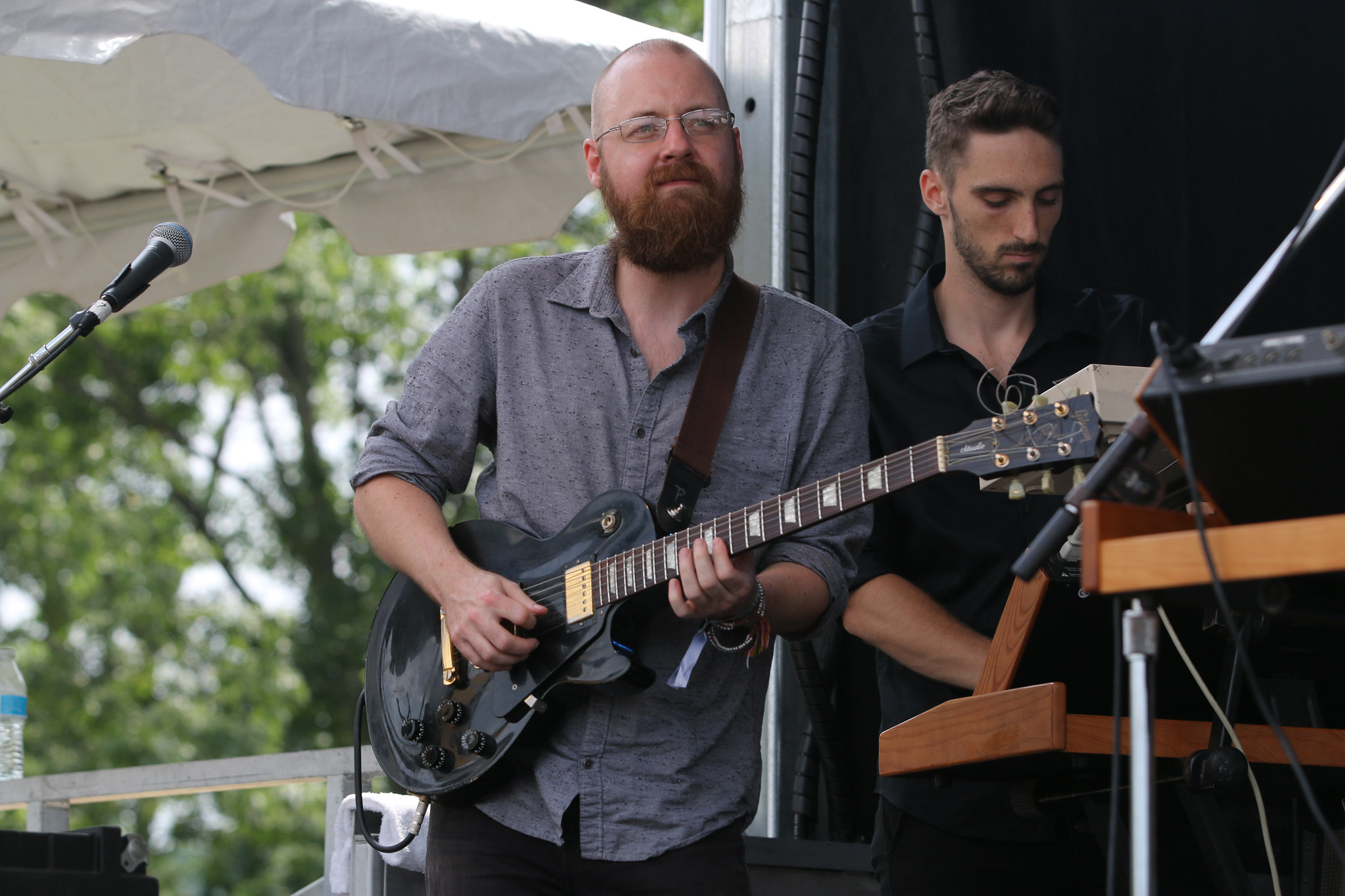 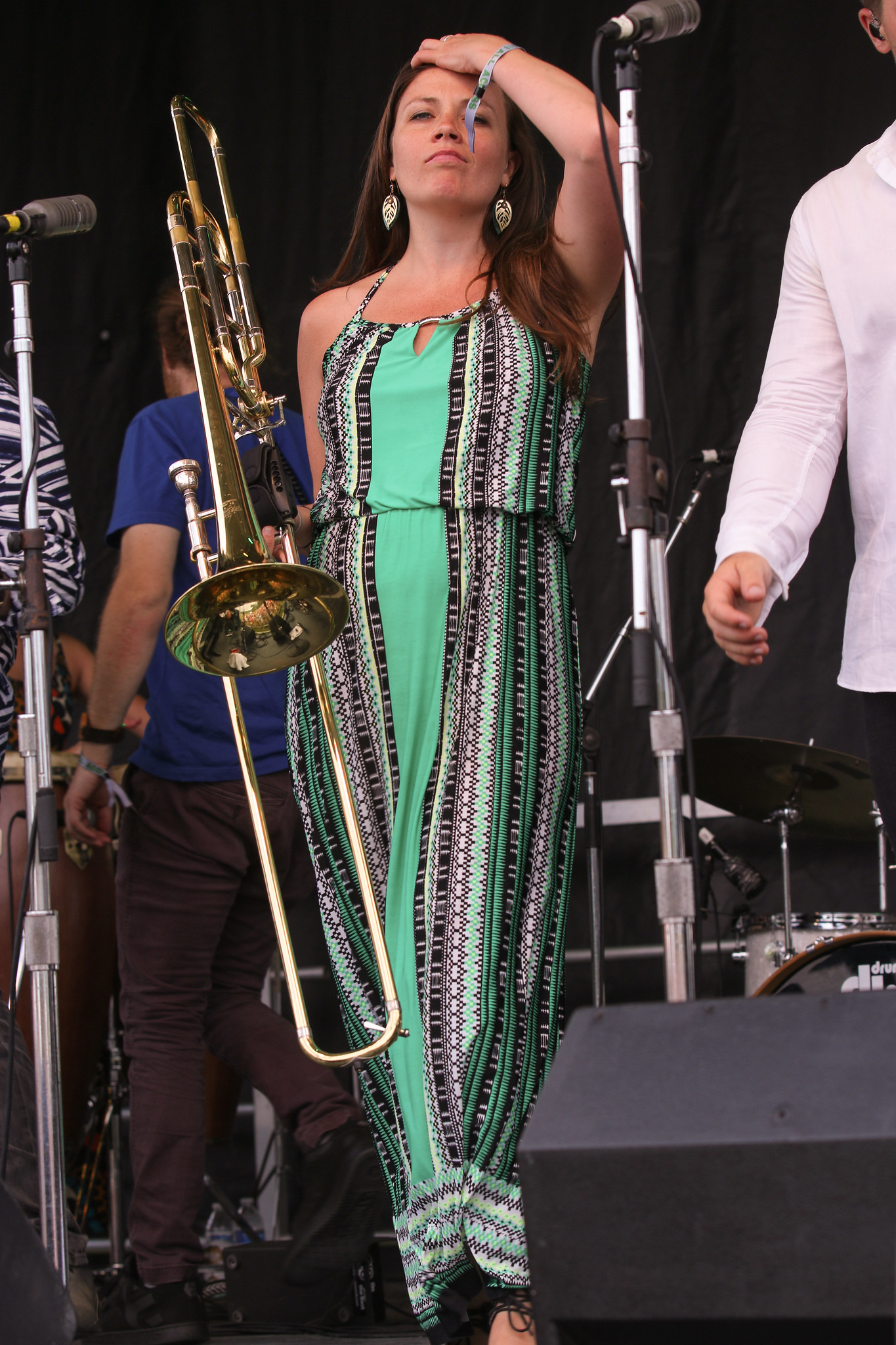 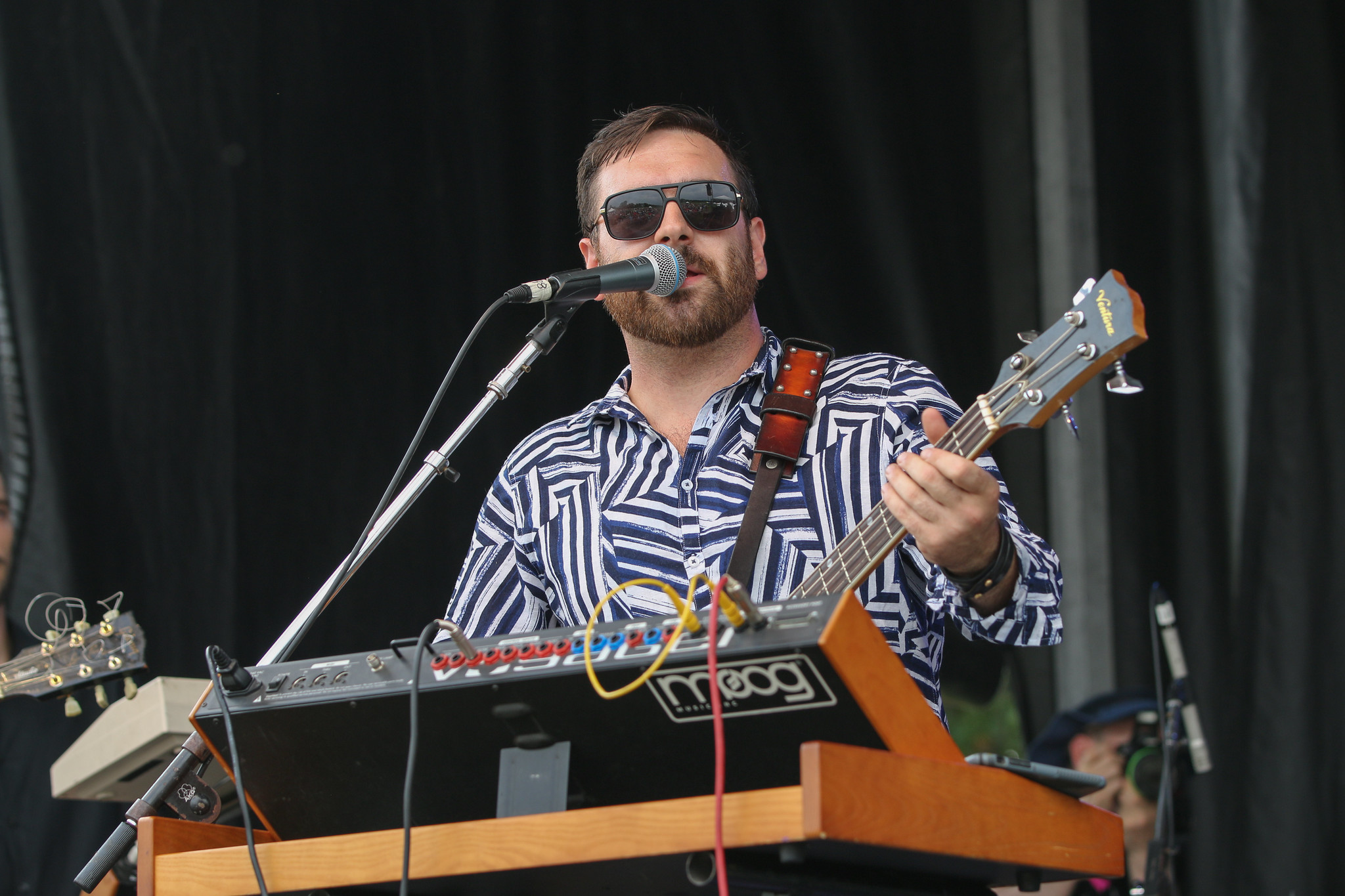 I’ve been a fan of Deer Tick since John McCauley joined forces to create the all-star band Middle Brother. Even though they’re from Providence, in a neighboring state, I consider them a local band, and so did the audience. They’re a club band at heart. Being up so close you can see the high levels of spit that they produce, which is typically hidden by the grungy lighting of a music club. They had enough 30-something spirit to drench the crowd with their tunes. 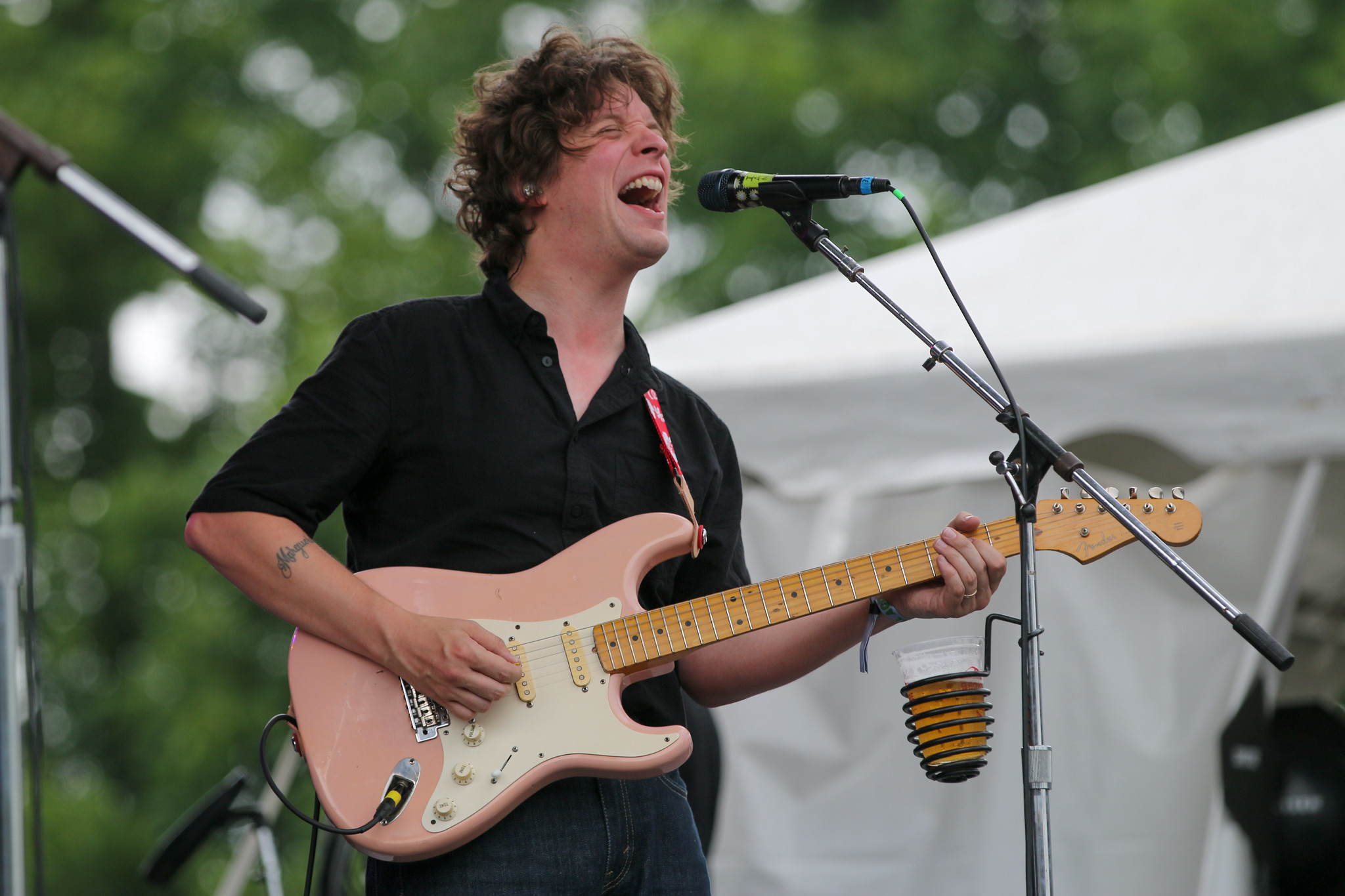 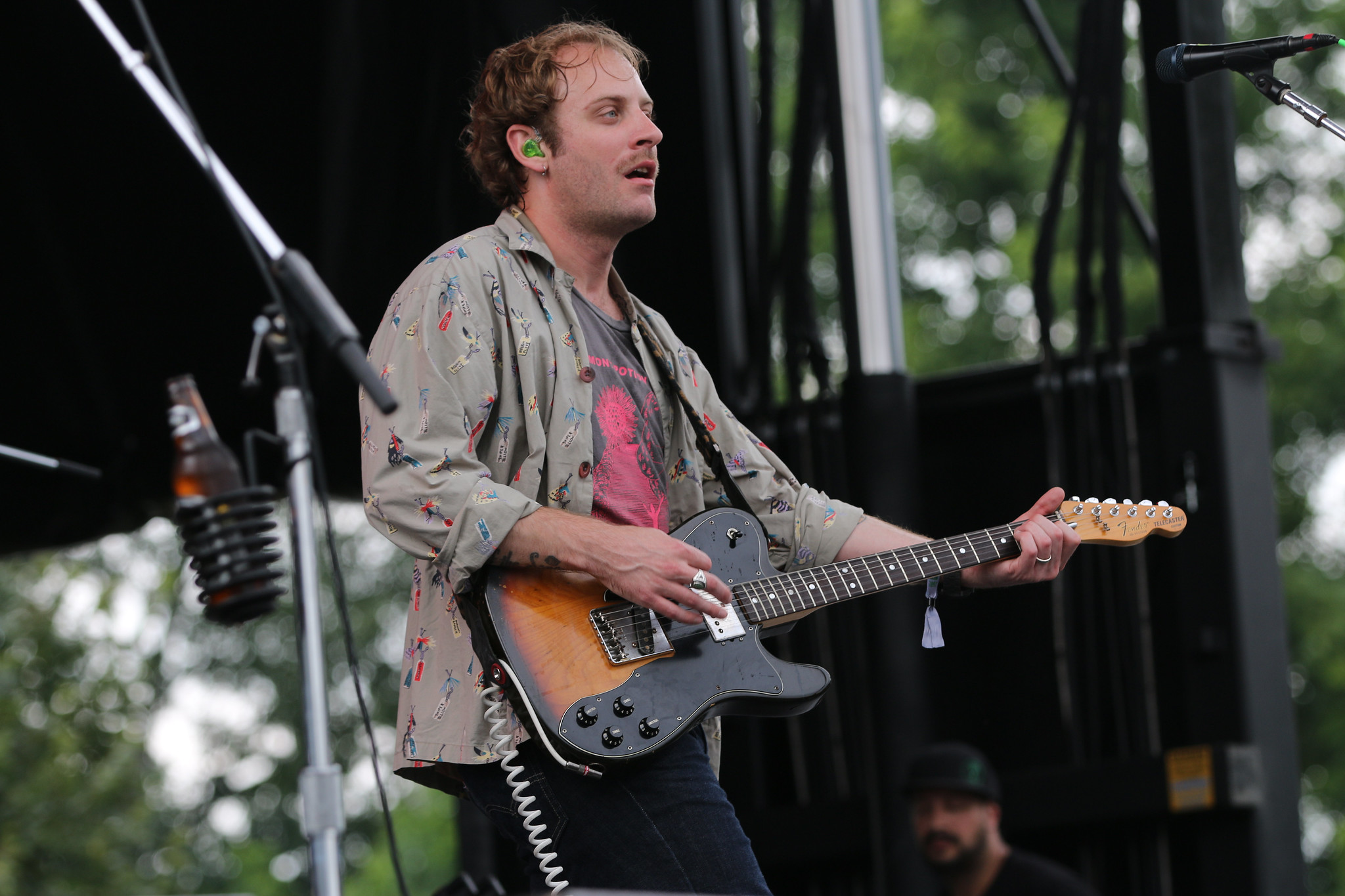 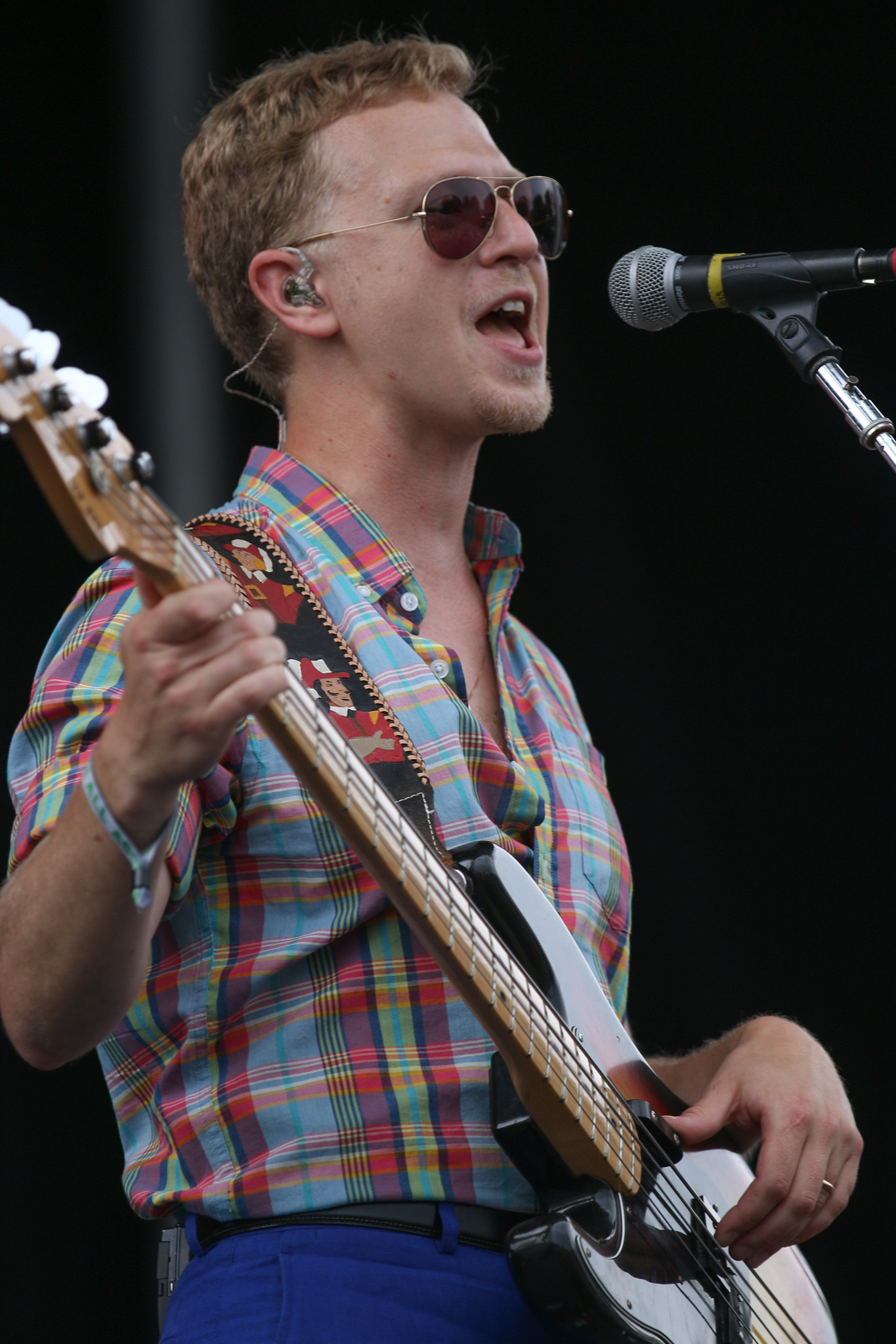 Yes Darling was an act I was excited about, and a pleasant surprise for anyone who didn’t know their act ahead of time. Since my last attendance at the festival they had changed up this 3rd stage (Parlor Room Stage). Instead of having the band play right into the nearby hill, they pushed it back a bit and added many rows of chairs under a shaded tent. I can see this as an overall positive thing for the festival as it is otherwise BYOS (bring your own shade). But from a photography stand-point it was more difficult as I couldn’t just walk right up front anymore. Luckily for Yes Darling I anticipated watching their entire set as a fan of their album and snagged a front row corner seat right in front of the speaker. Luckily I always pack ear plugs.

Being stuck in the corner limited the photography options to a single sideways angle, but their animated performance had them sing into microphones scattered around the stage.  Their performance was as unique, and entertaining, as their album. It worked well in this intimate setting, and their subtle interactions would have been completely lost on the main stage. 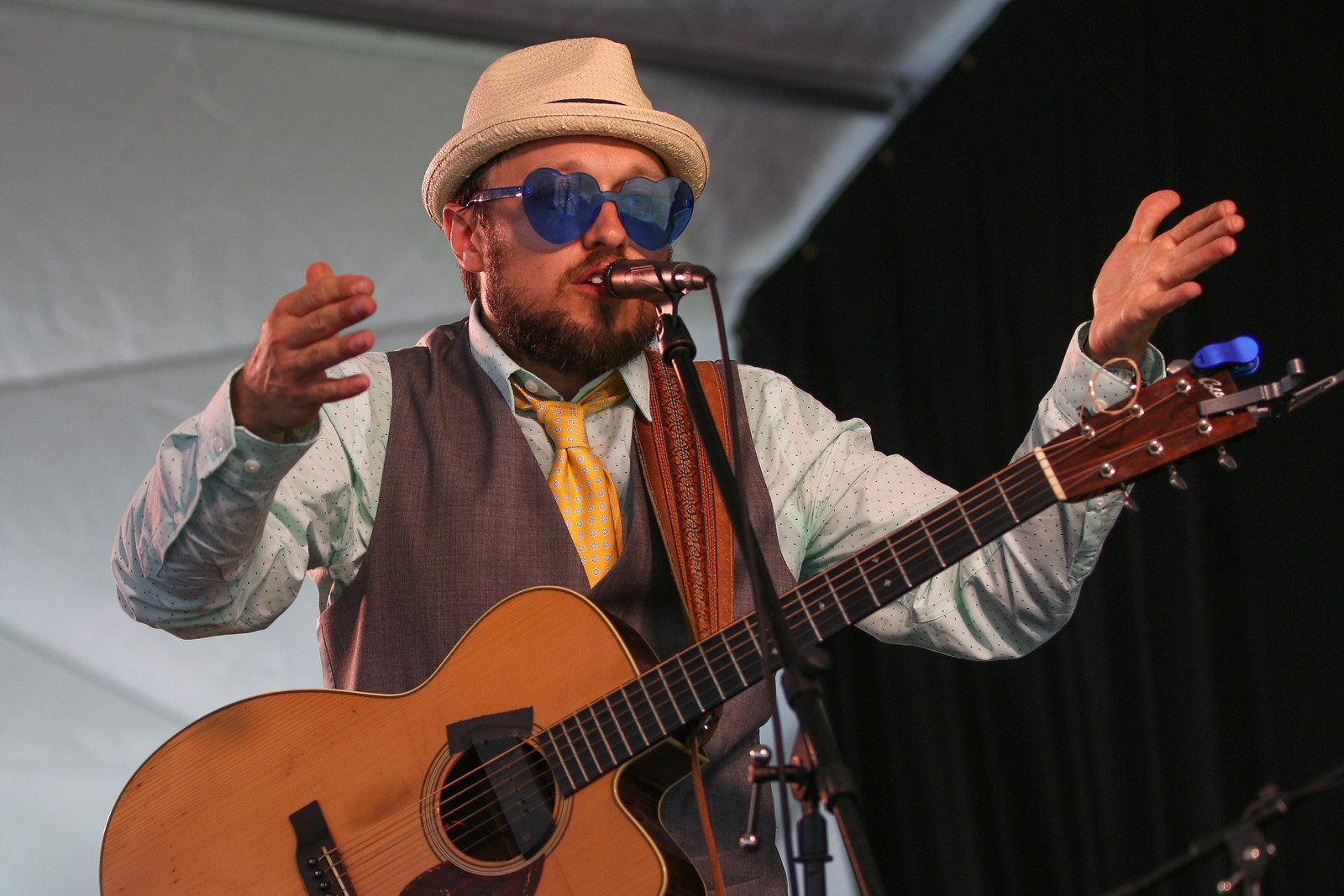 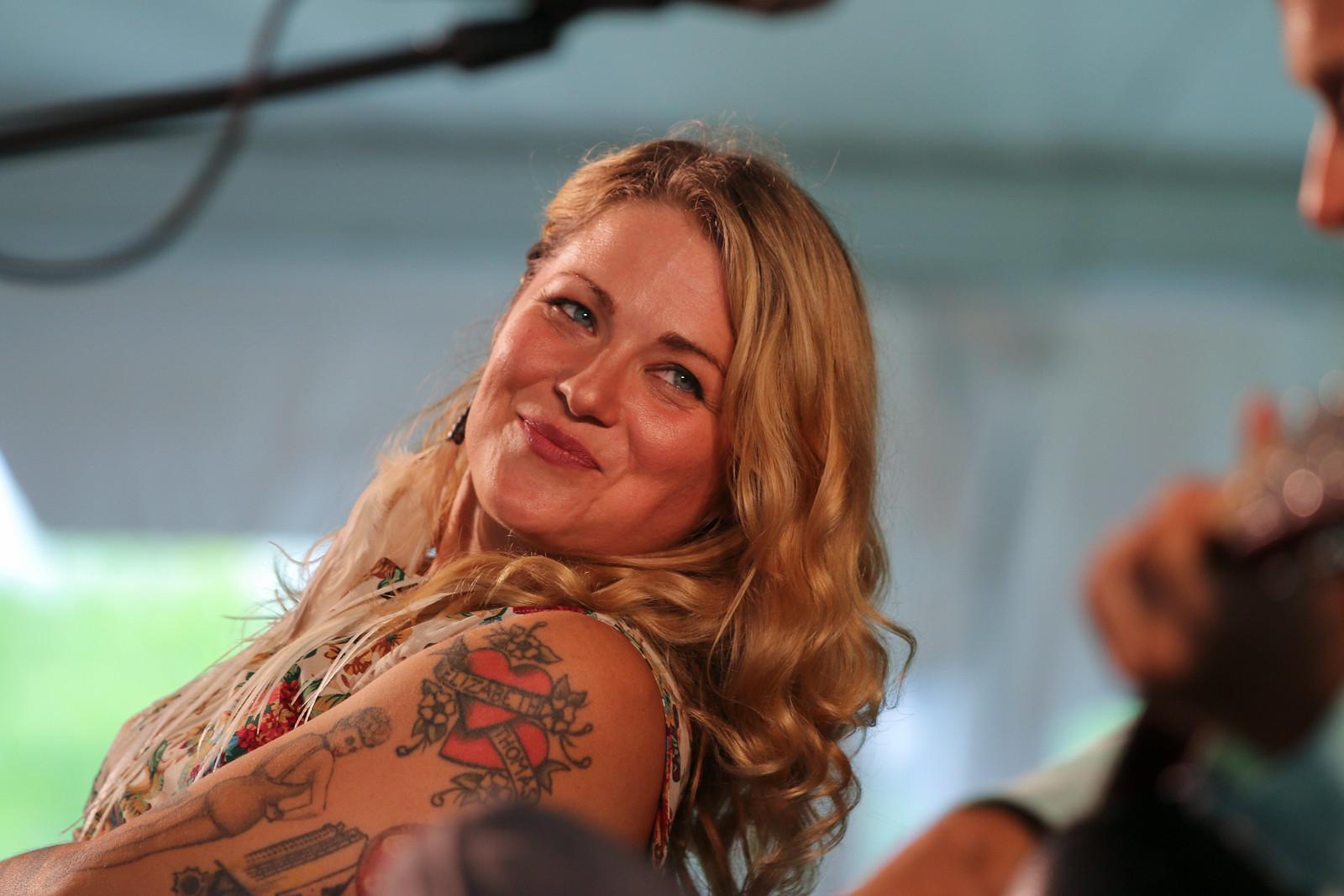 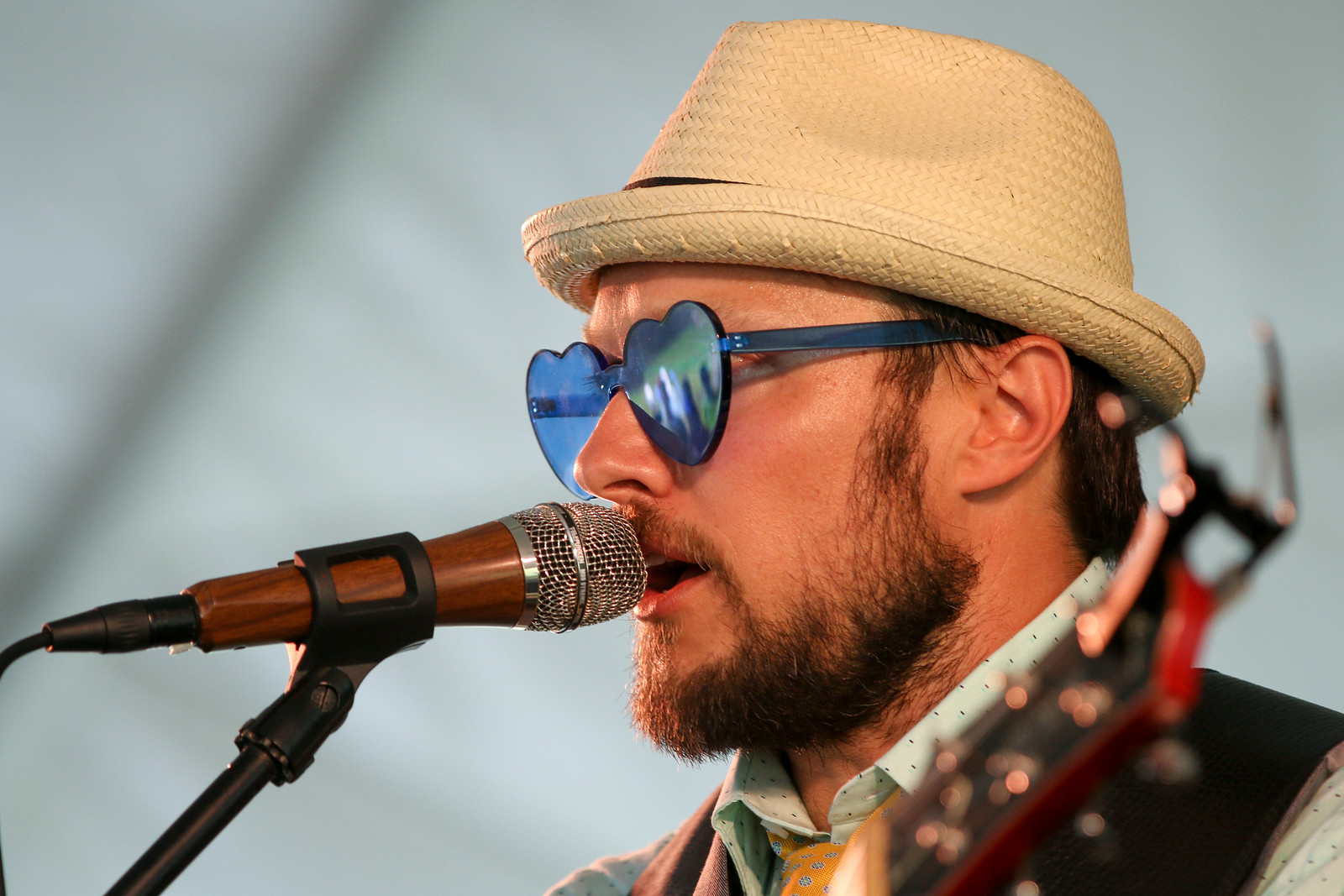 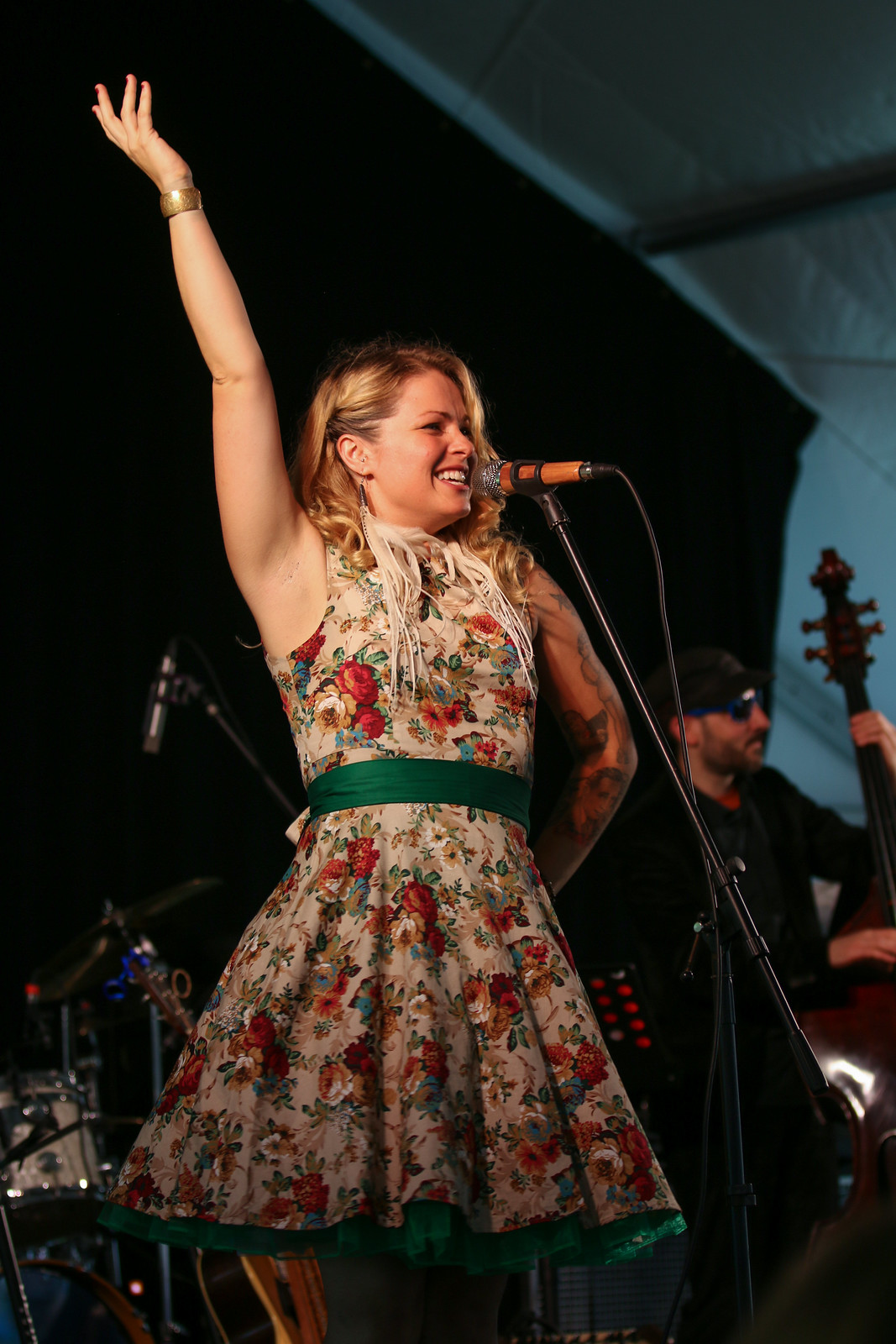 Femi Kuti and The Positive Force

Femi Kuti and The Positive Force was as advertised. It was a positive force of feel-good music with feel-good dancing. 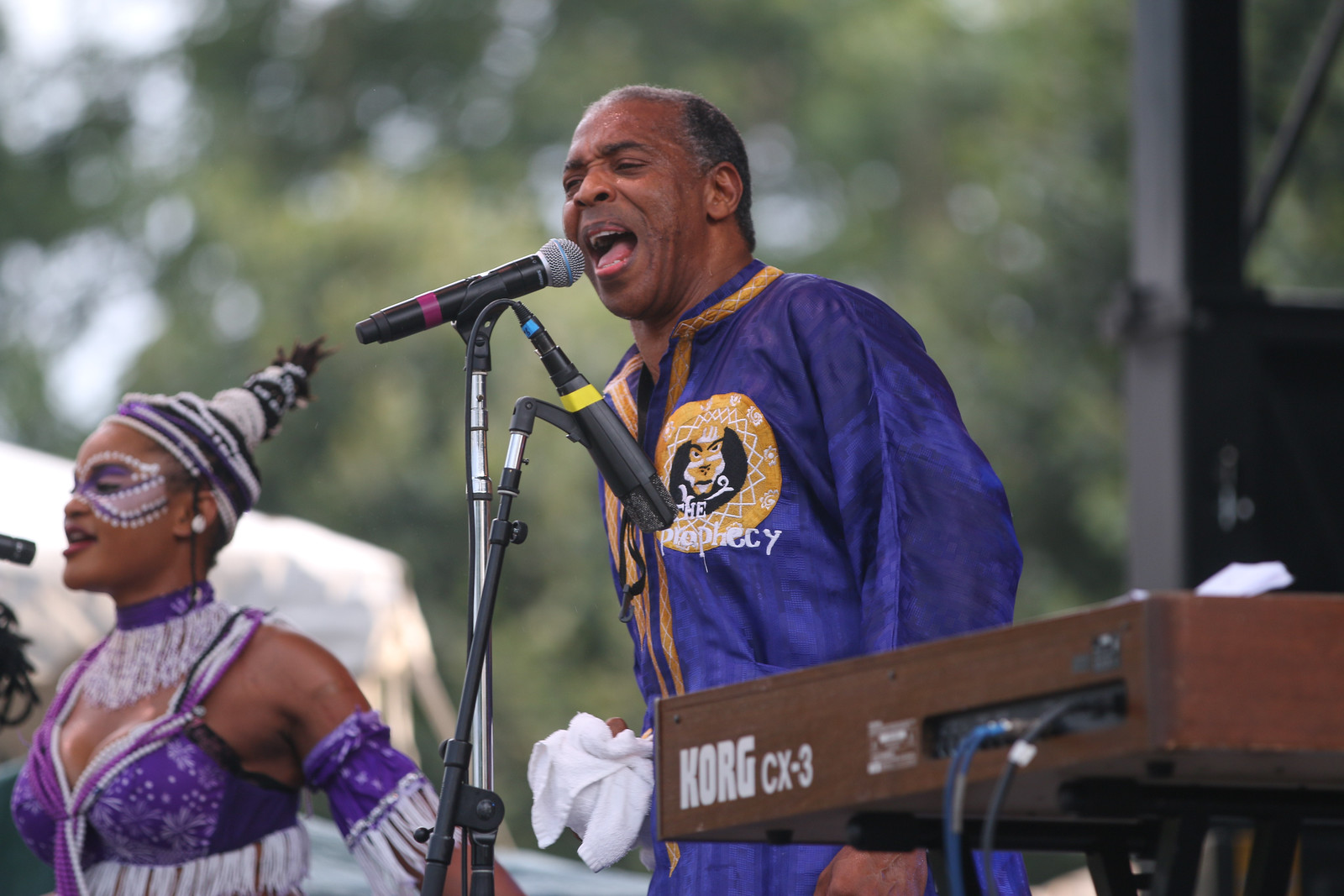 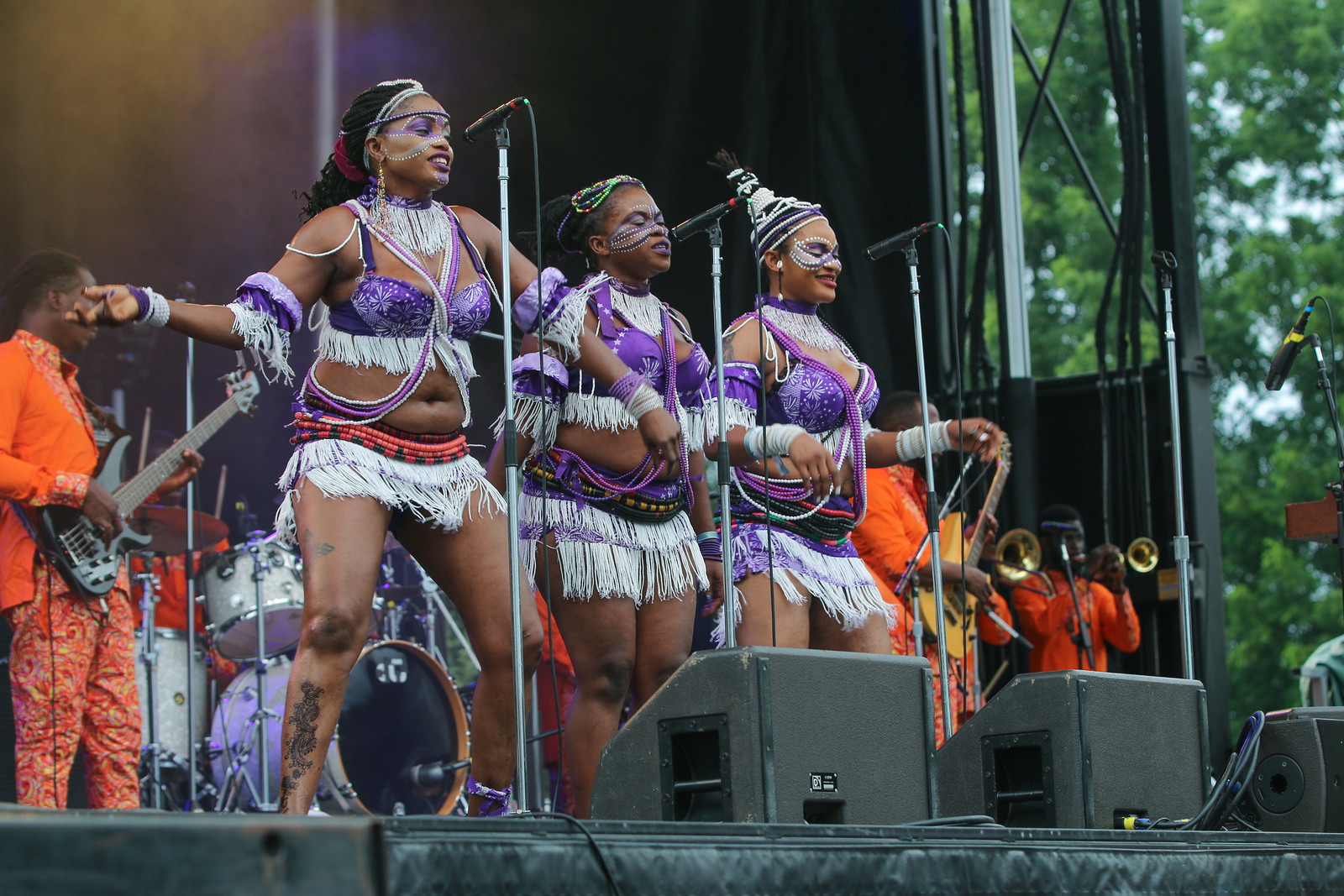 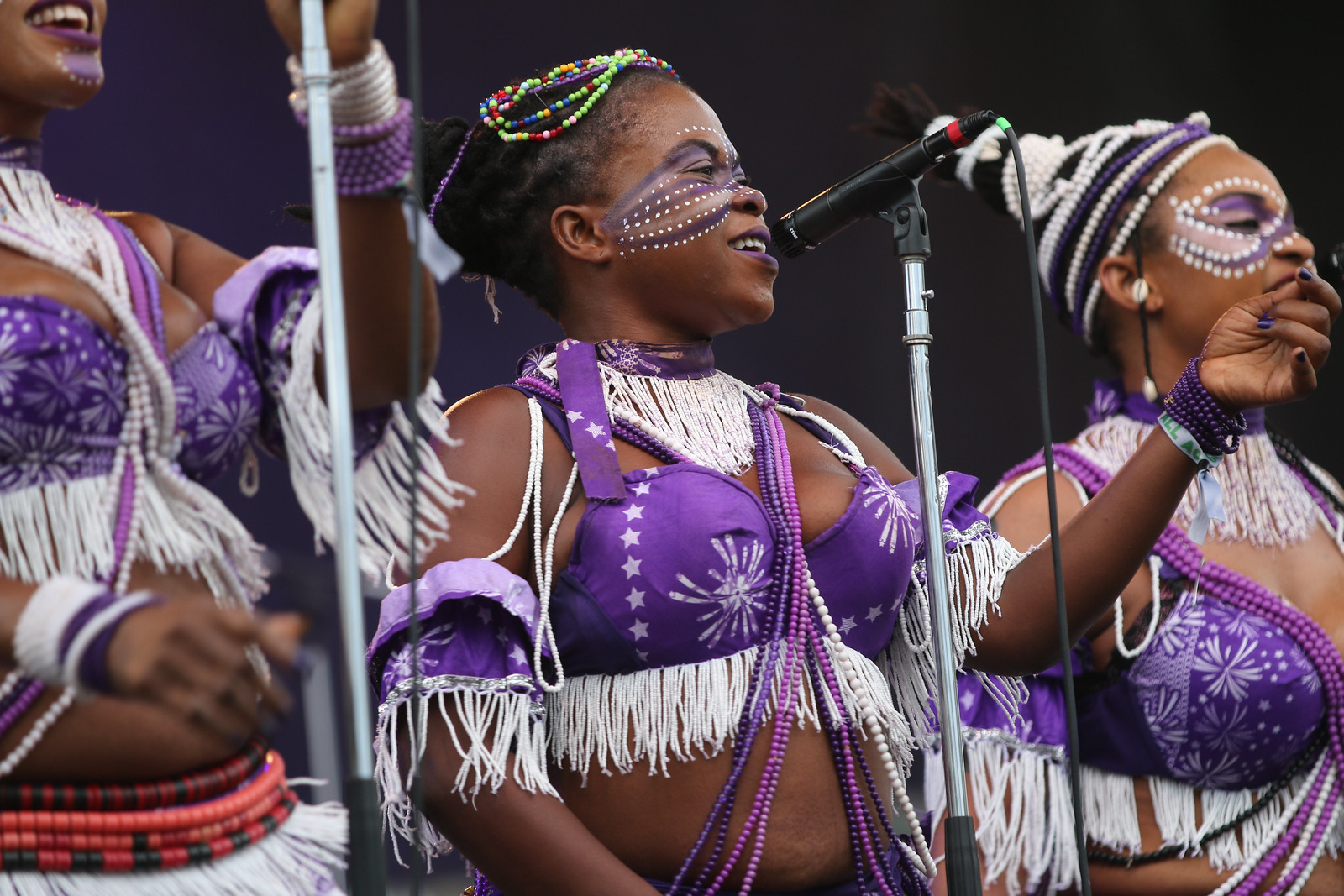 There was a heart-warming moment at the end of the show that I caught with my camera. One of the VIPs in the photography pit had a tiny baby strapped to their stomach. One of the backup singers reached down and asked to pick the baby up to hold on stage for a few seconds. I don’t know the real story, and it’s possible that they knew each other. But, I like to think that they were otherwise strangers and the singer was just spreading a bit of her positive force. 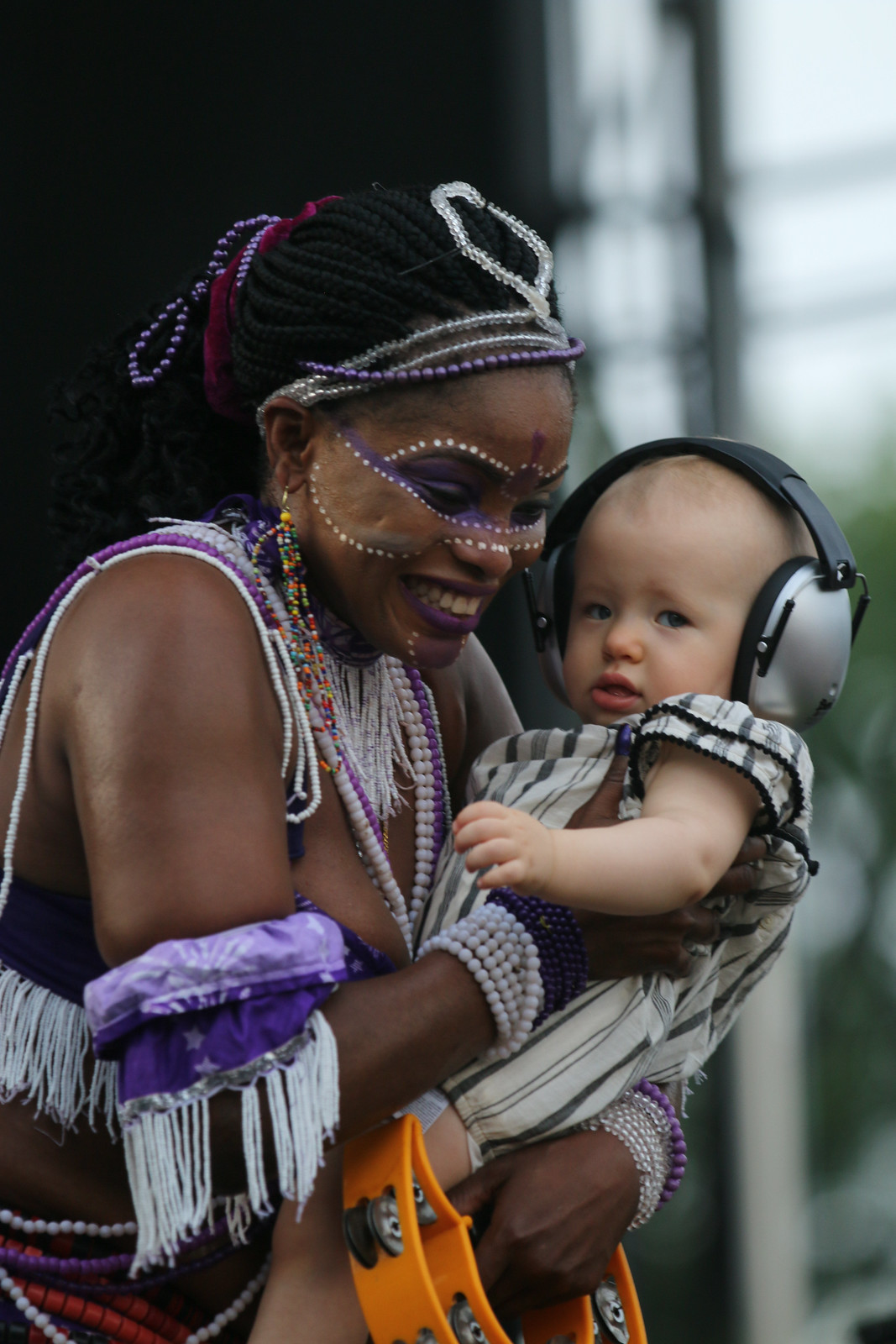 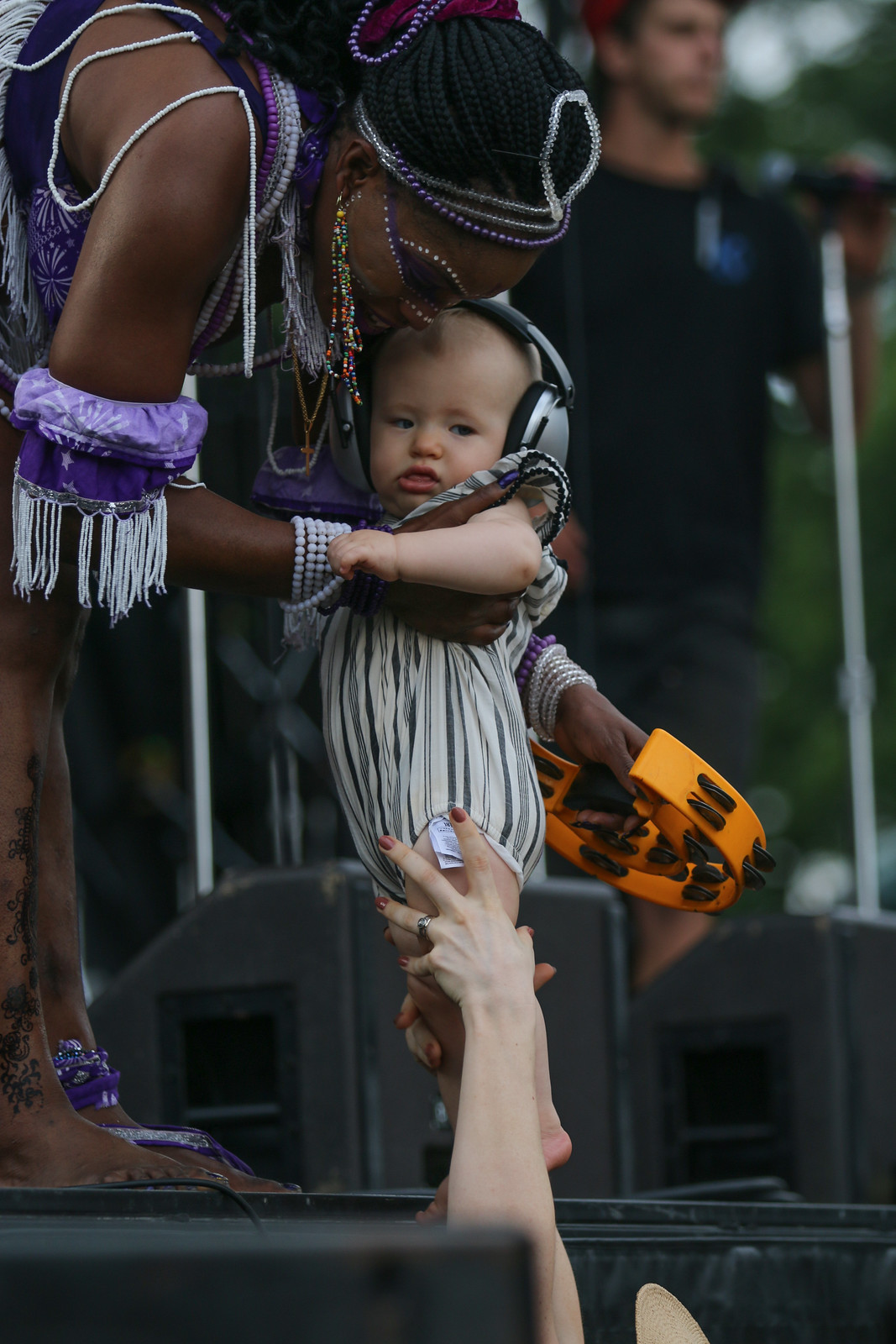 Of all the July festivals I attended in July, Green River was the only one that could have found a proper home for Bella’s Bartok. It was viking polka folk it the attitude of a heavy metal band. Light was fleeting, but it was just enough to get some decent shots of their heavy eyeliner. 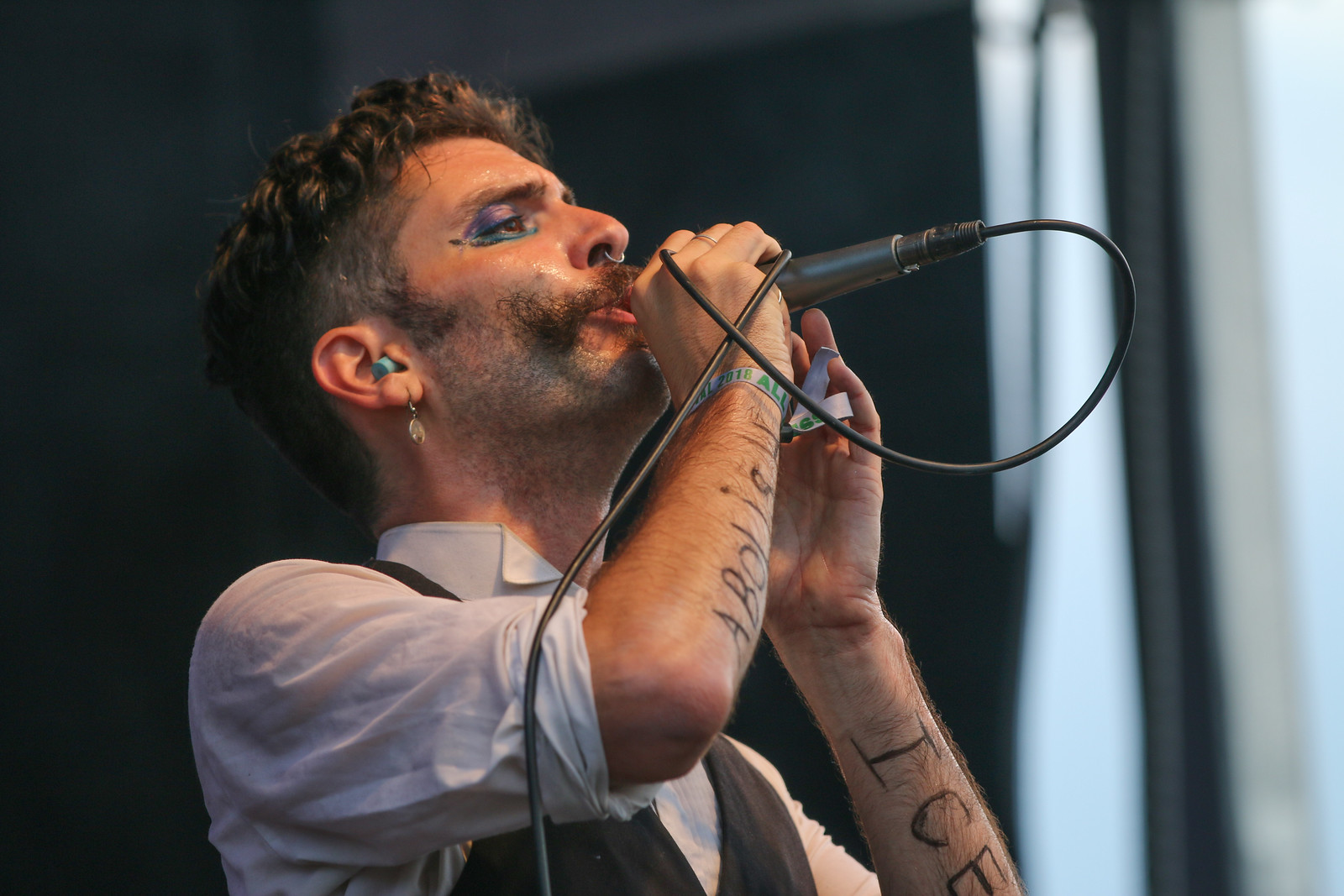 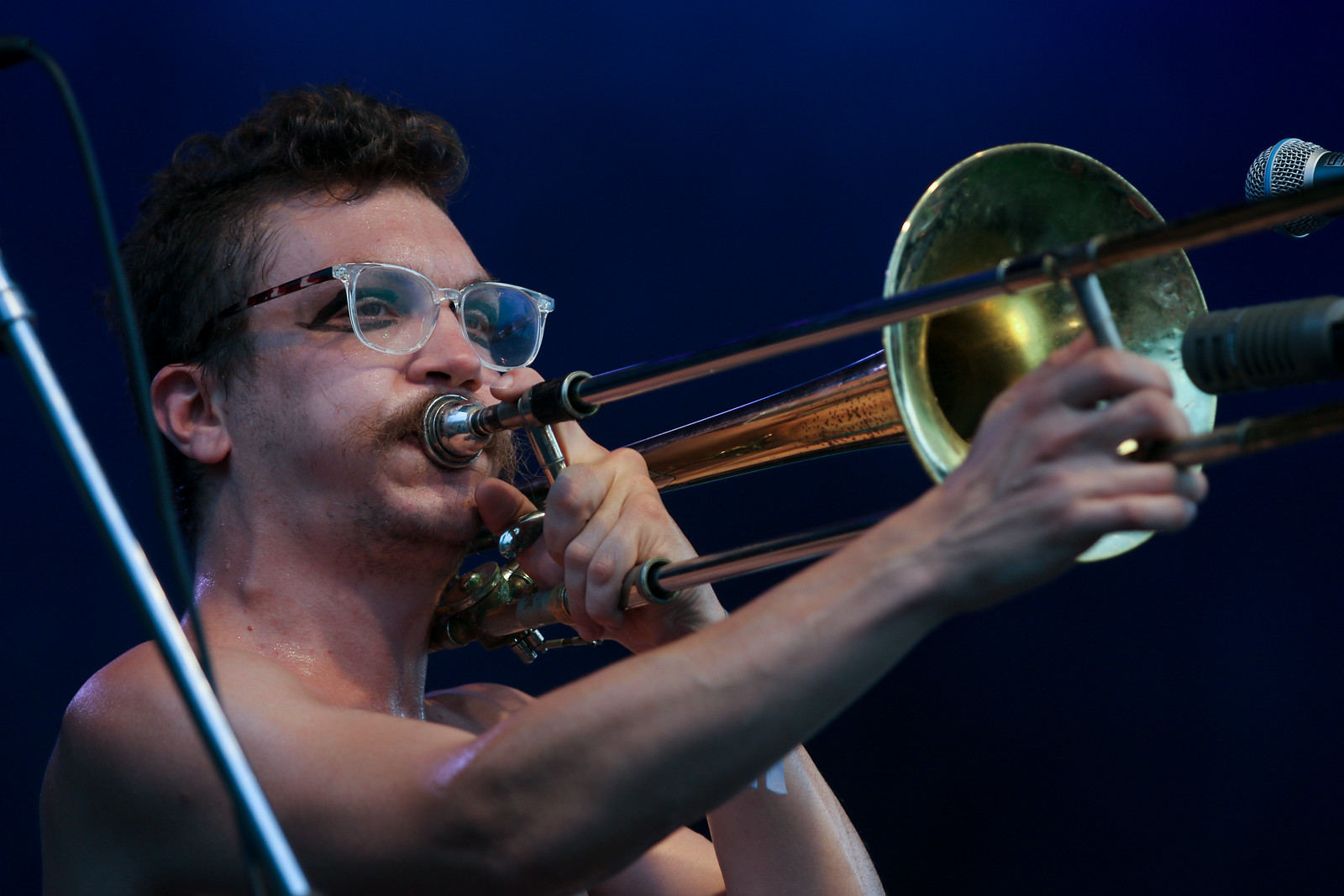 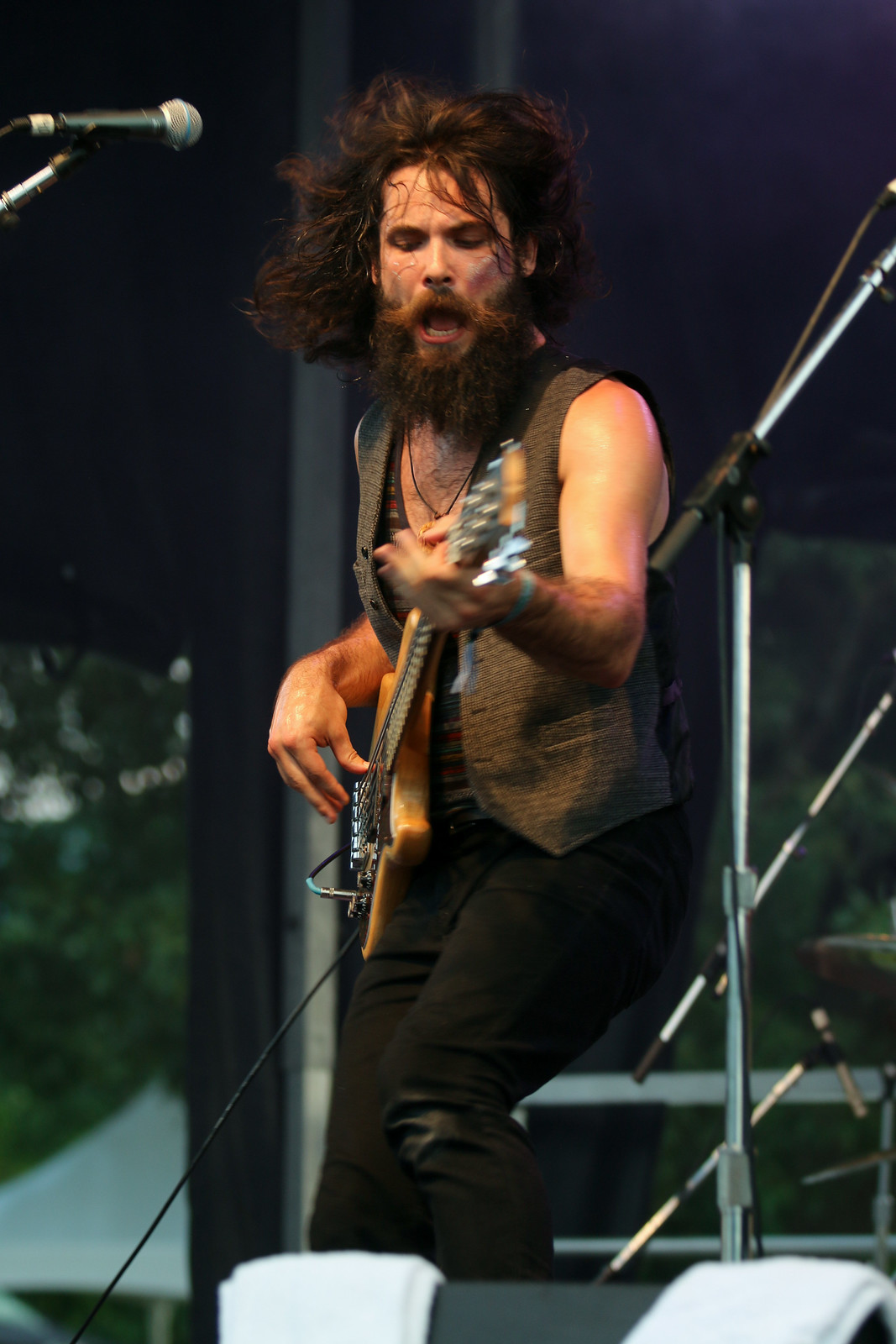 Marco Benevento was the last act I watched on the 2nd stage. All available sun light quickly faded during this set and was replaced by the bright and colorful spot lights. As Marco spent the set sitting at the piano, the only dynamic from a photographer’s perspective was the color of the lights, and my position. The bass player was what kept this set interesting. 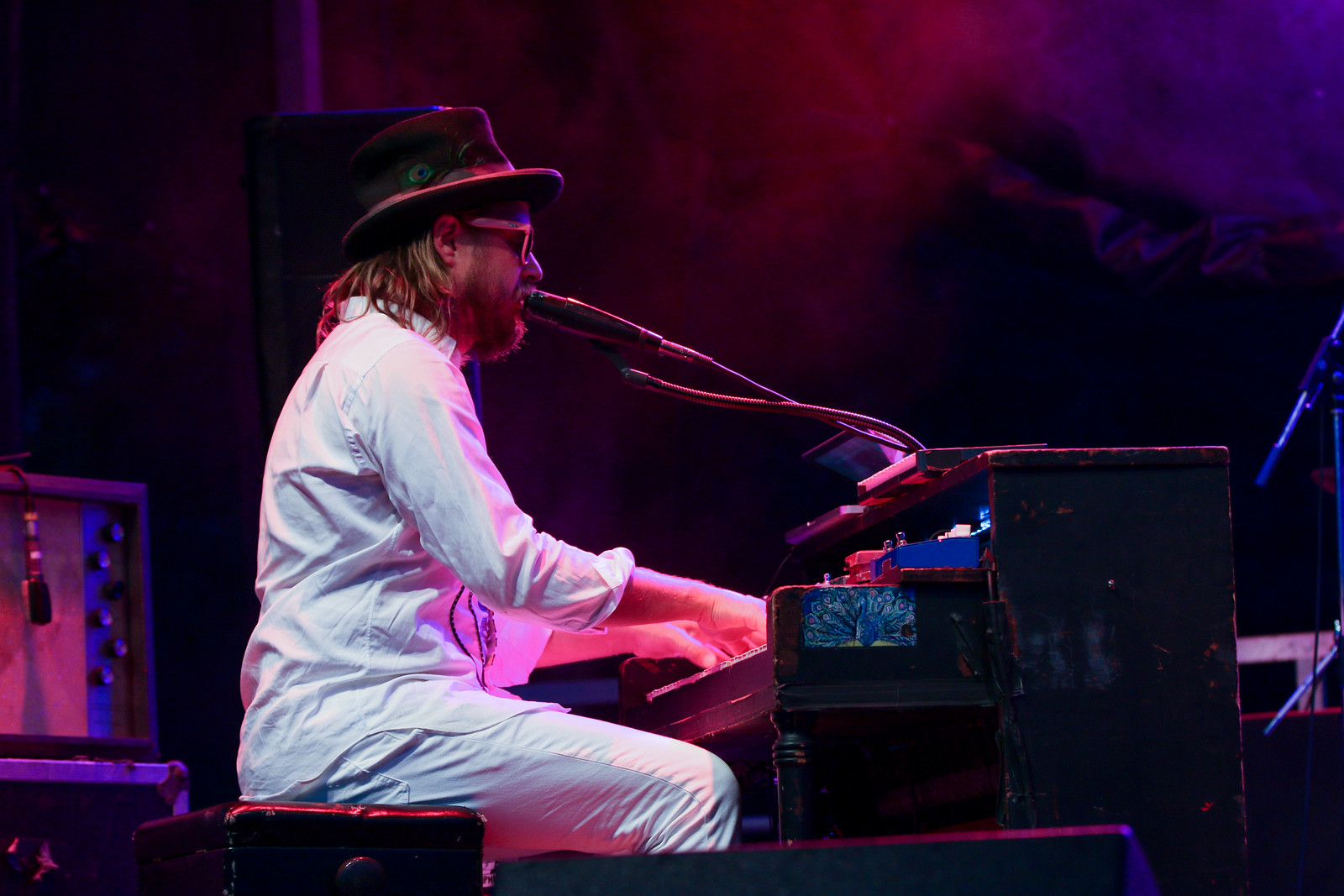 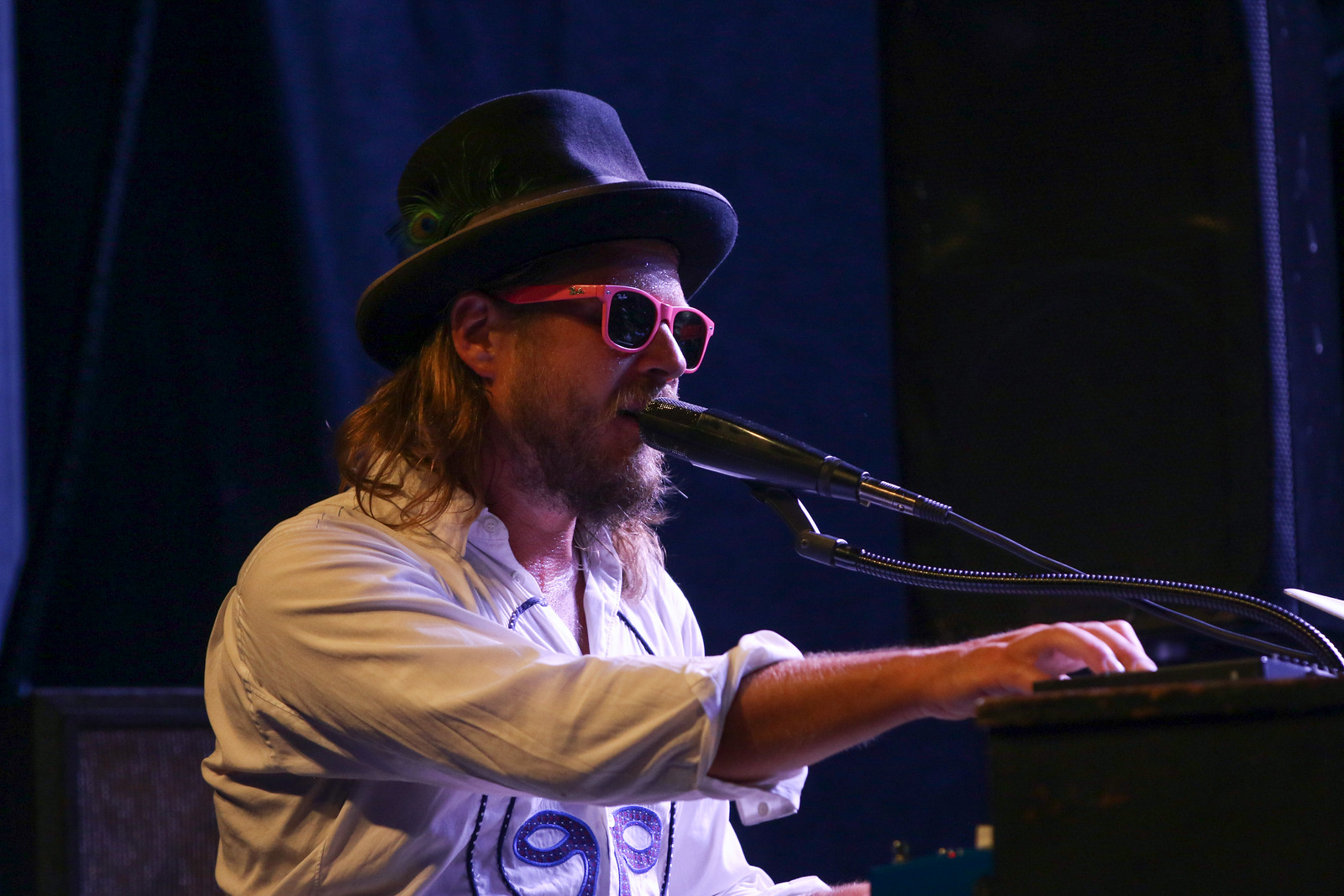 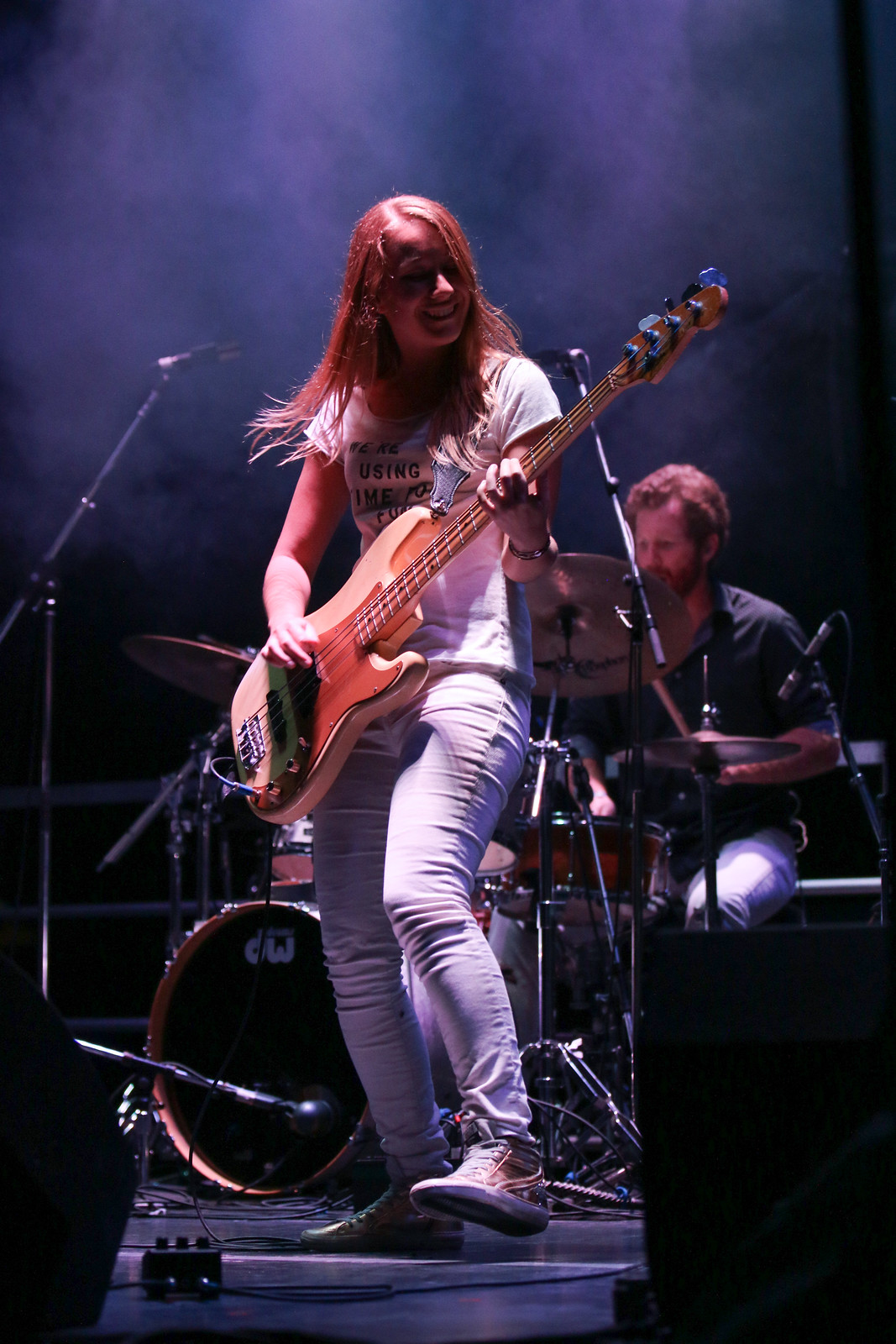 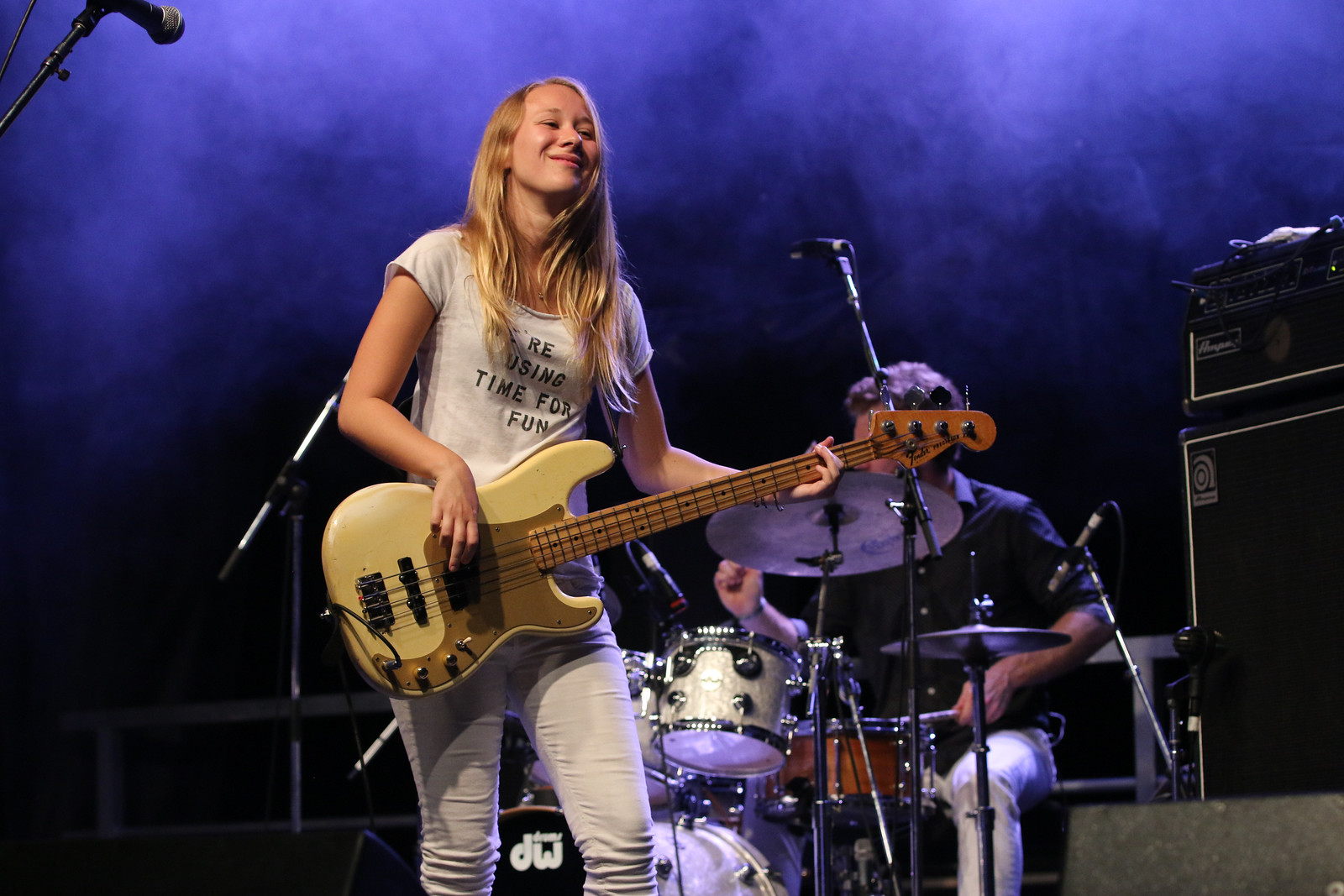 The crowd during Michael Franti & Spearhead was more dense than any other set I watched at the festival. It was also pitch dark by the time that it began. I was stuck about 8 people from the front, towards the left side of the stage. From a photography perspective there wasn’t much I could do being this far away, so the camera stayed around my shoulder for most of the set.

At one point Mr. Franti walked into the crowd and sang a few songs among the fans. It was a sweet interaction, probably, but it wasn’t one that most people could see. I felt bad for fans who were parked on the front row who had a great view of his backup band, but couldn’t see the star of the show. 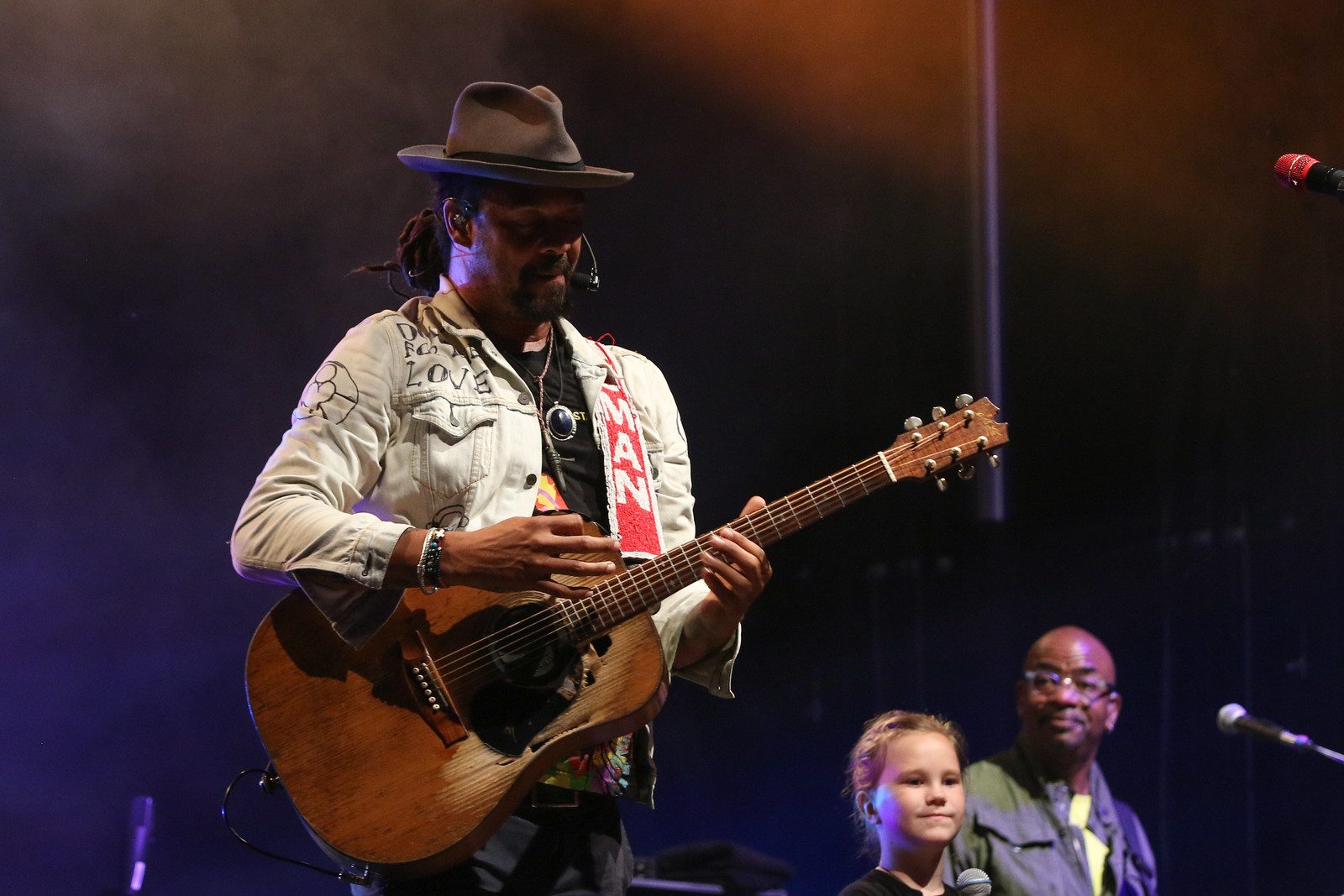 My drive home was 2 hours long so I left the set before it was over. I never heard him play his hit “Say Hey”, which would have been fun, but I wanted to get enough sleep to do this all again tomorrow.