Molly Tuttle opened the main stage on Sunday afternoon, but in 20 years I can see her closing these festivals. Her voice reminded me of Alison Krauss and she had the talent to follow her path if her song-writing can continue to be strong. It’s a long-shot, but the idea of her having some mainstream success isn’t out of the question. 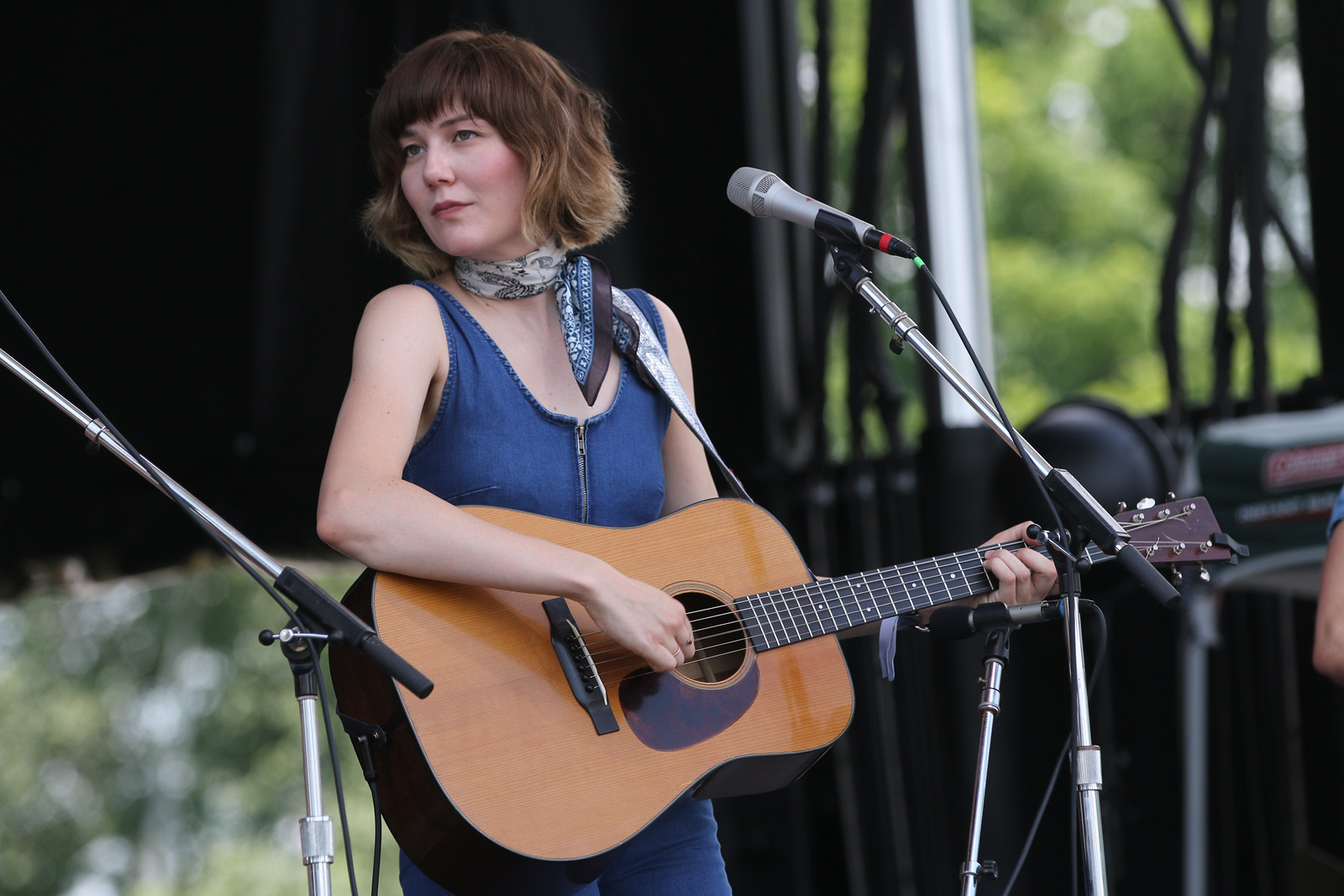 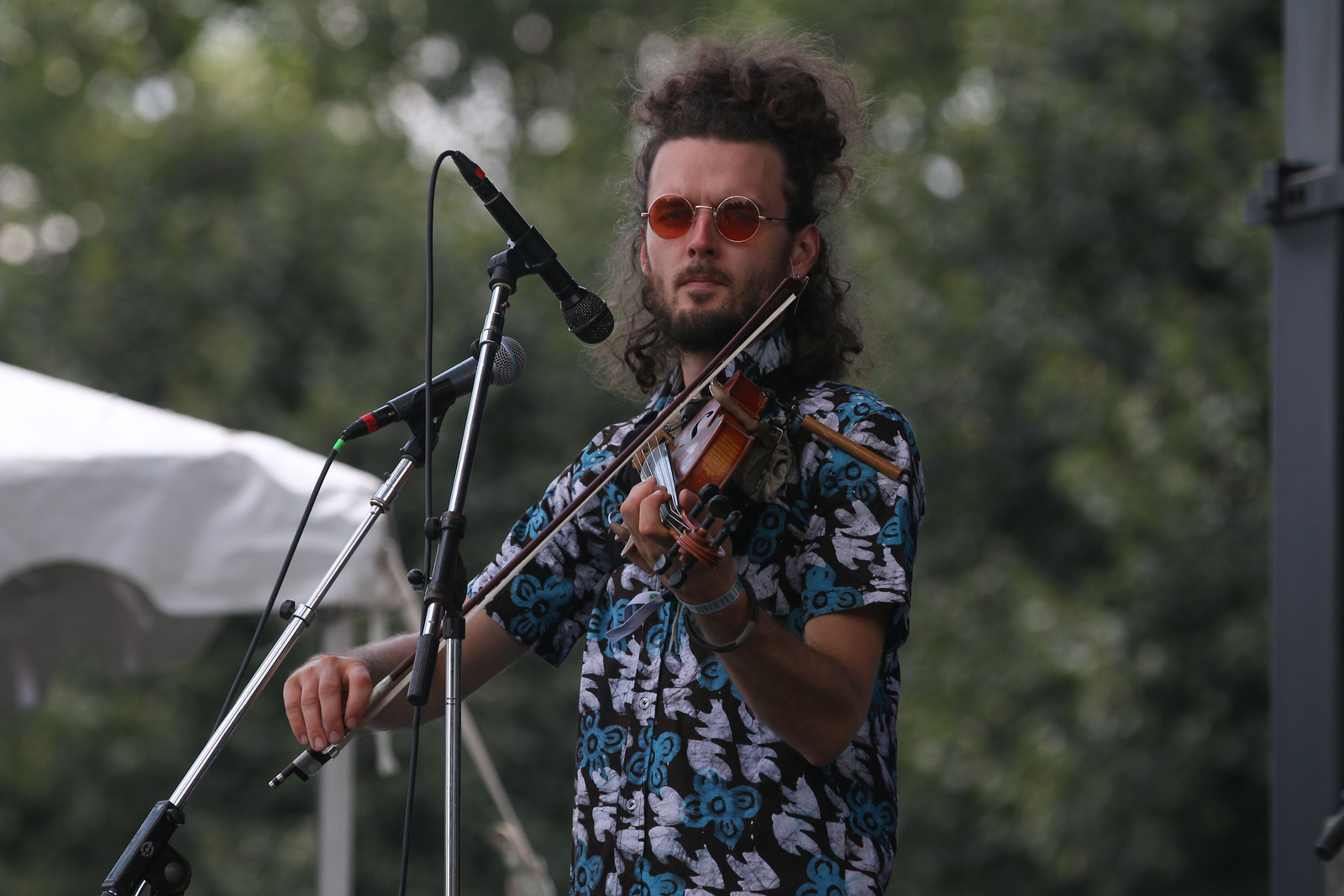 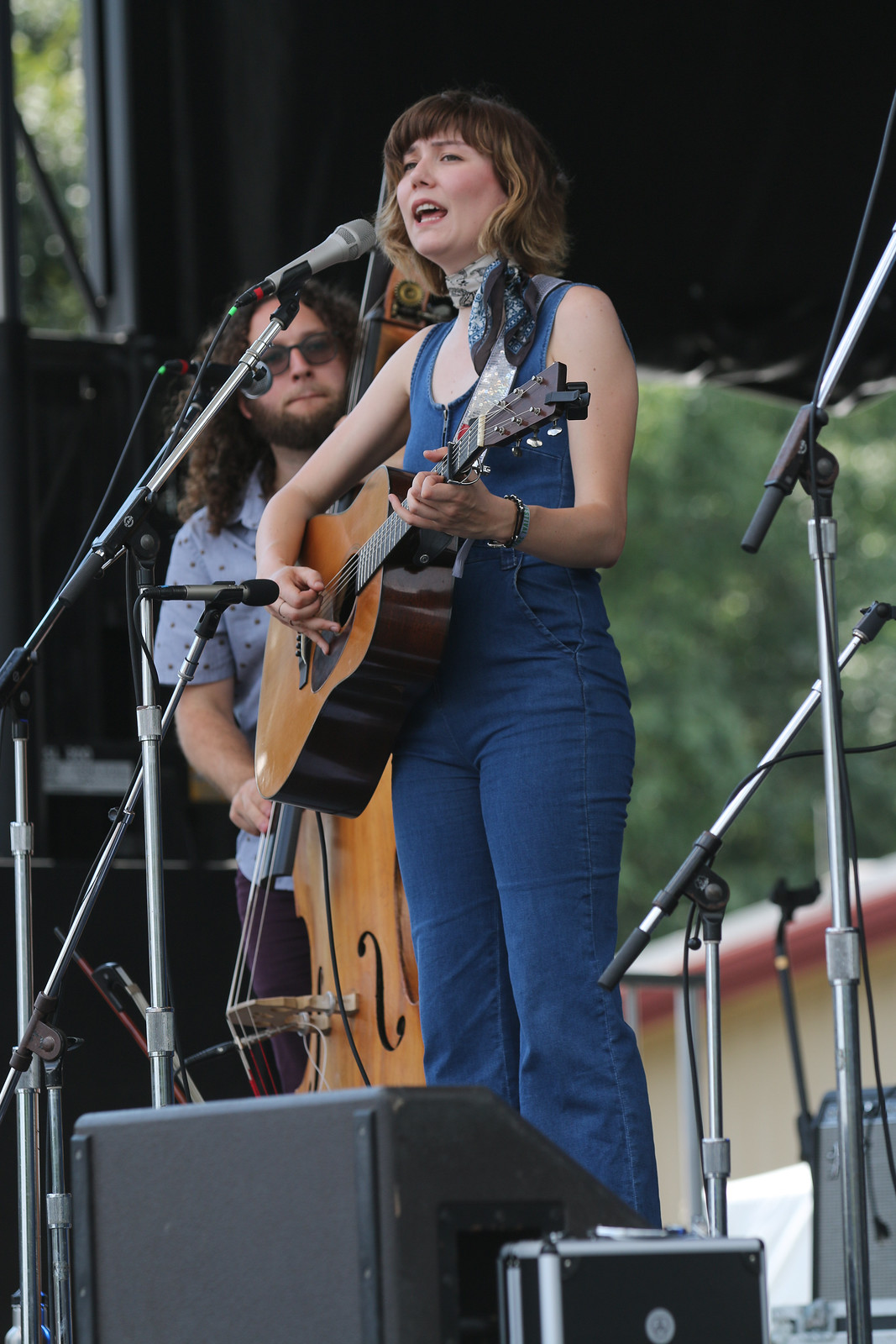 The Ballroom Thieves are full of photogenic energy largely due to how Calin Peters dances and laughs around her various 4-stringed instruments. I knew what to expect after photographing them at the 2017 Festival at the Farm so I got right up close for what was some rewarding and non challenging day-lit photography.

After seeing them perform in 2017 I checked out some of their albums and didn’t find them to match their on-stage energy, but something happened a few weeks later that made me think to revisit this conclusion. As I was leaving the hotel room after the final day of the Newport Folk Festival I had a song in my head. Newport was the 4th festival of the month (Green River being the second), so I had heard a lot of different music from a lot of different bands. I kept singing the line “I’ve Never Wanted Anybody Else” in my head, but I couldn’t place it. I could picture a man and woman belting out the chorus in harmony, with their eyes pointed upwards and squinting towards the sun as they did.

I googled the lyric after I realized I would never figure it out on my own. Of course, the lyric turned out to be from “Anybody Else” by the Ballroom Thieves. I think it’s time to revisit their catalog with this new found familiarity. 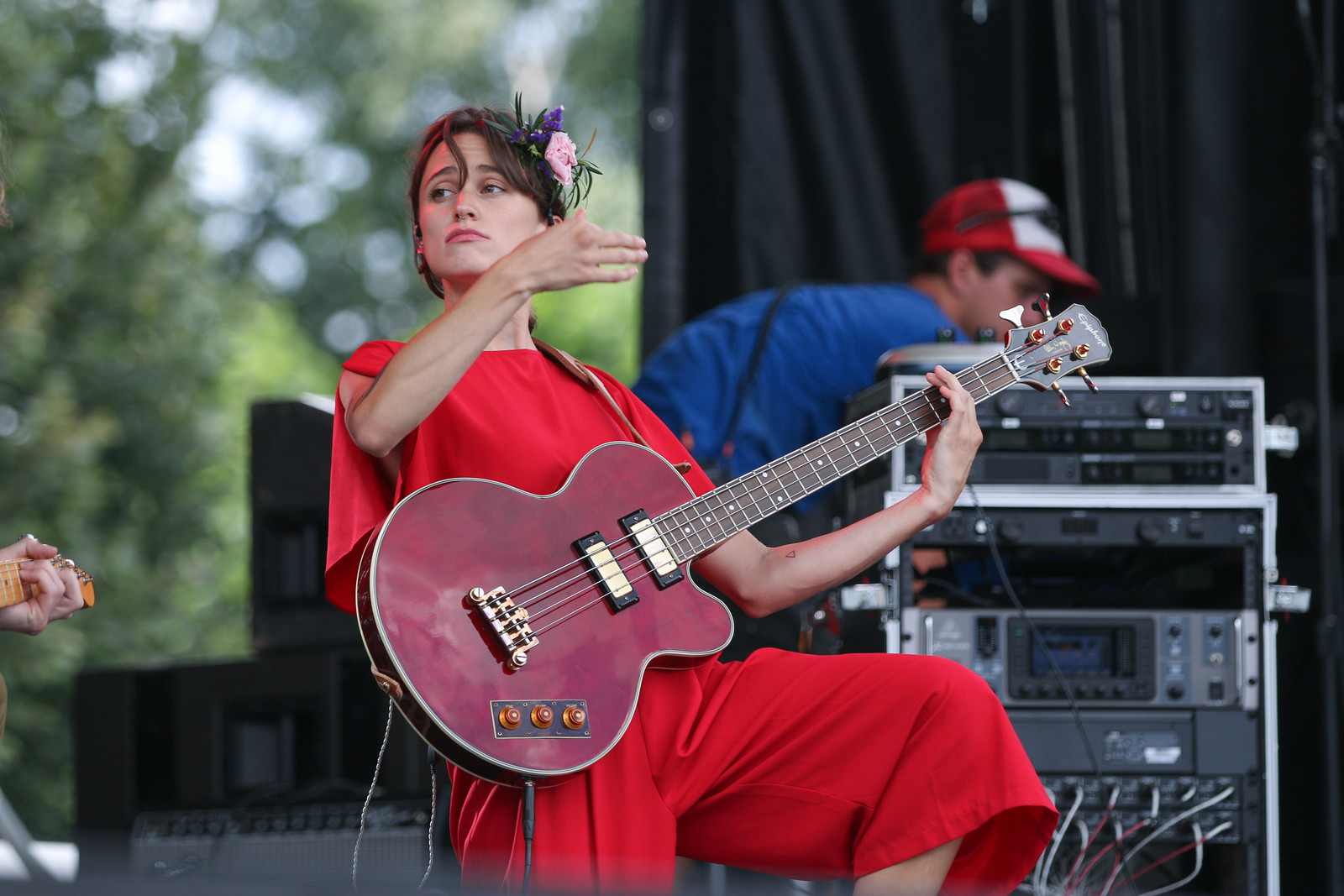 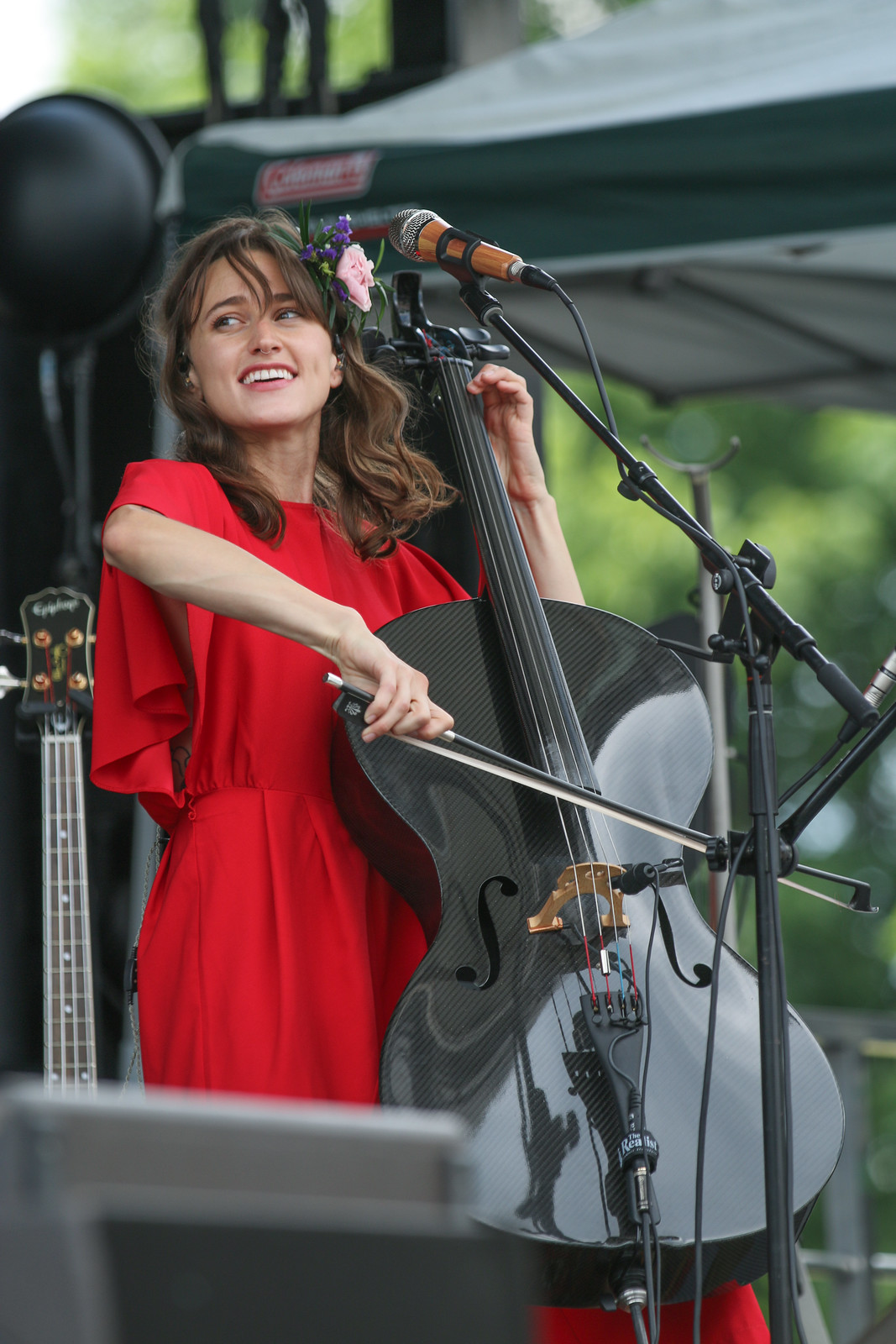 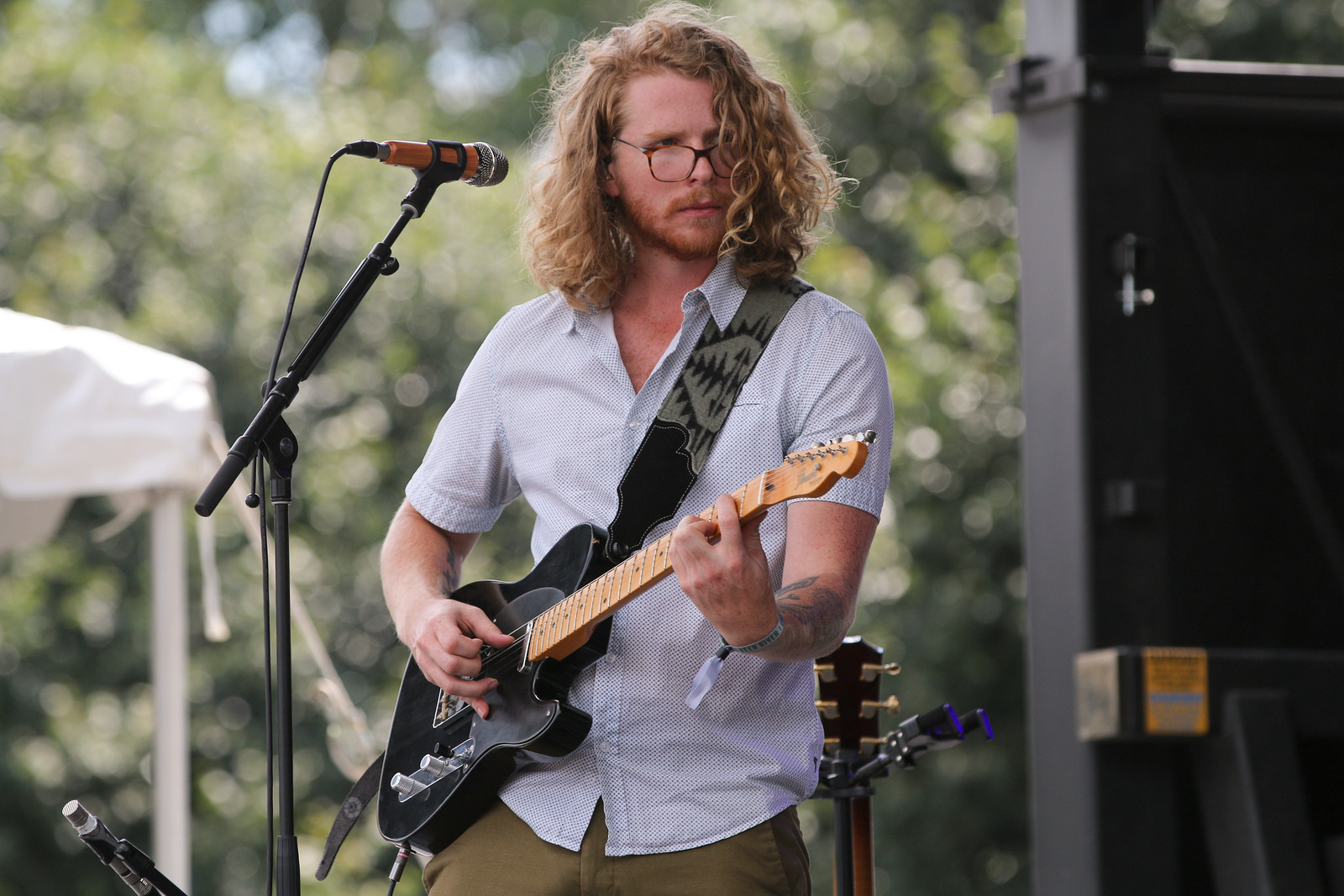 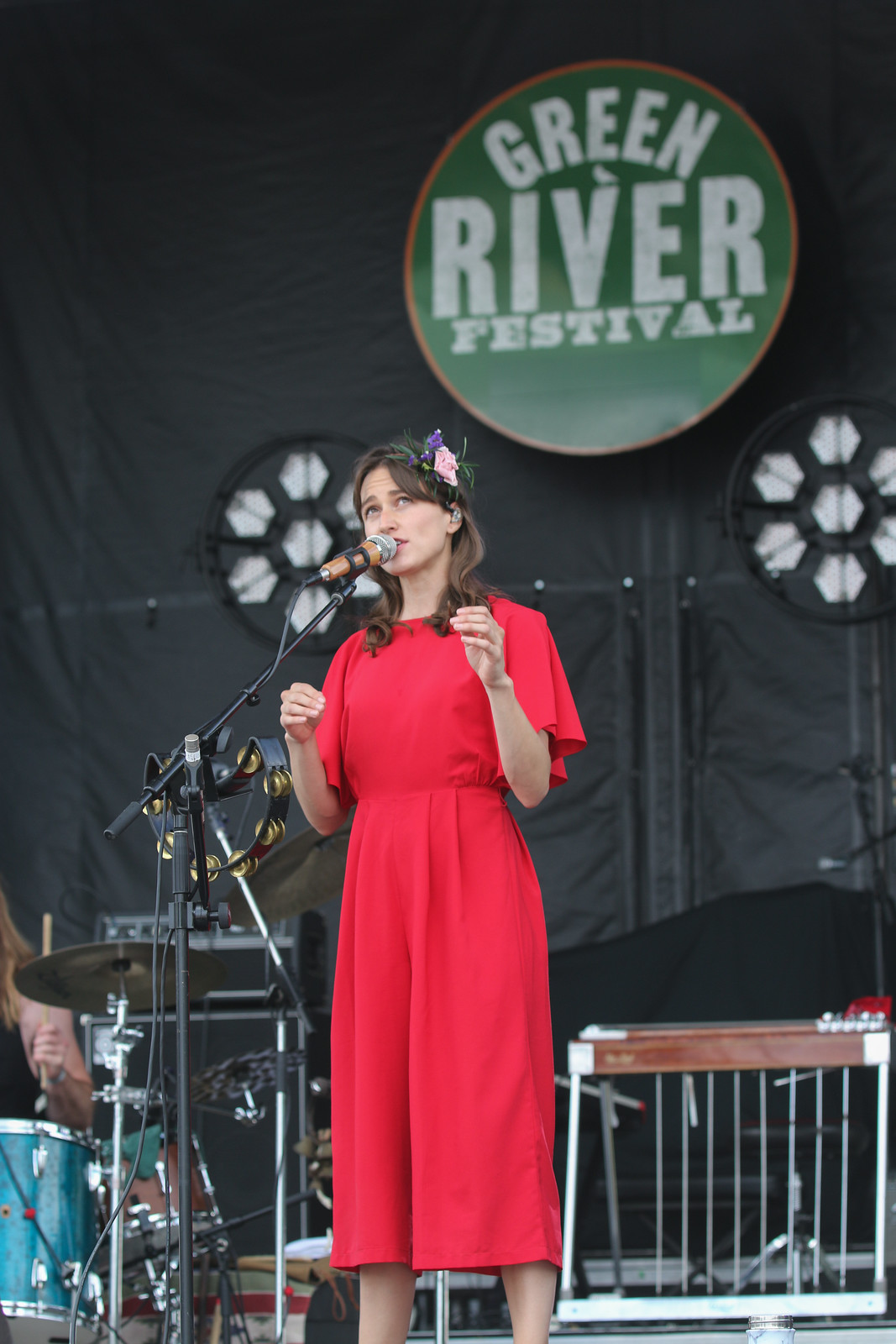 I don’t remember much about my short stay visiting the James Hunter Six set on the 2nd stage. At festivals like this I often find blues band to be a bit bland. What made some of the set interesting to me was the fact that James was smoking. It’s something that every guitarist did on stage 20 years ago, but not it looks odd and old-fashioned. It would be just as weird if their drummer was playing a Game Boy Advance or if their bassist was cooking jiffy pop popcorn on a hot plate. 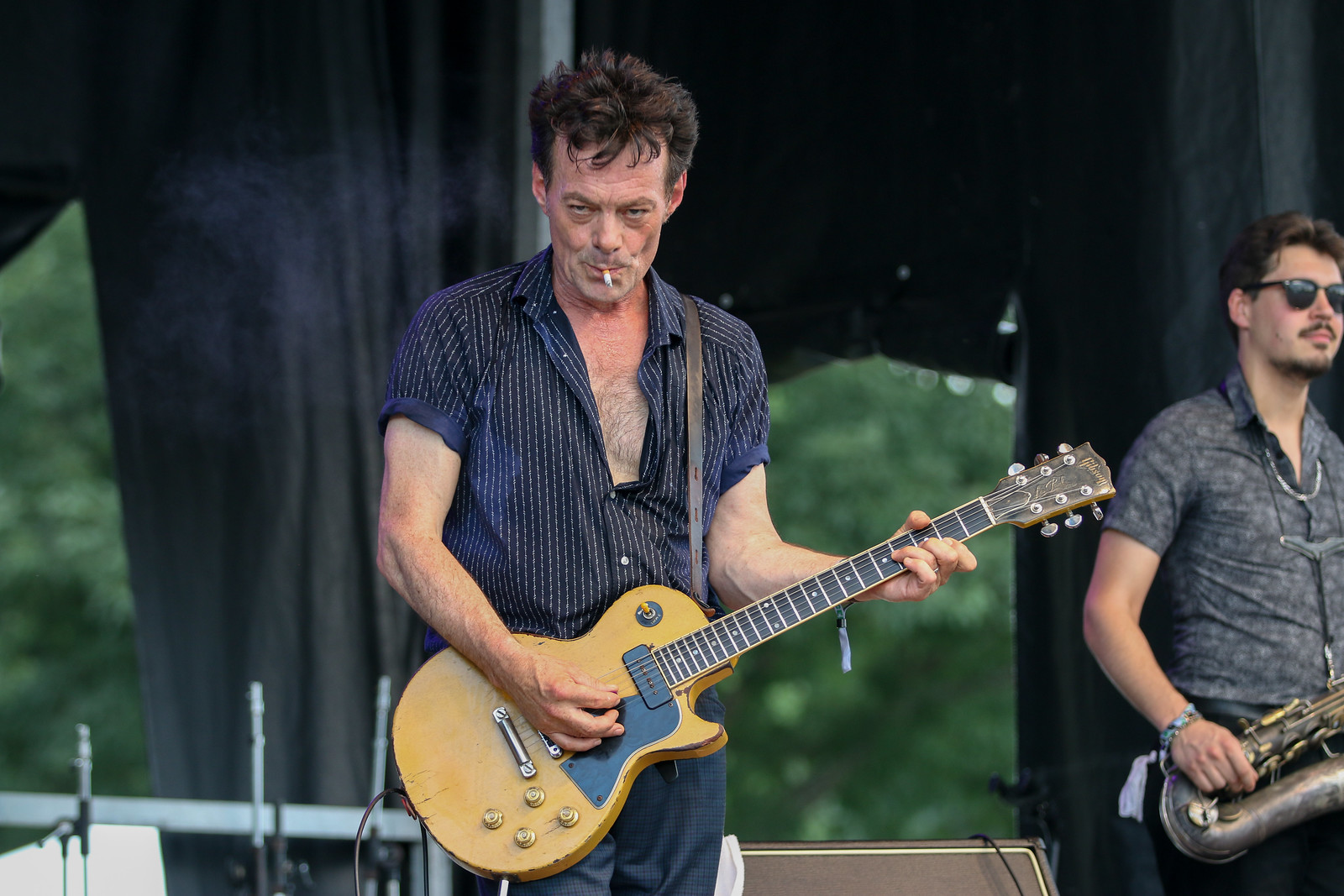 Smoking causes lung diseases such as emphysema, bronchitis, and chronic airway obstruction. About 90 percent of all deaths from chronic obstructive lung disease are caused by smoking. Smoking during pregnancy can increase the risk of miscarriage, stillborn or premature infants, infants with low birth weight and an increased risk for sudden infant death syndrome (SIDS).

I’m With Her snuck into the small Green House Stage a few hours before their main stage set. The kids and I were already in the area so when I got the alert on the app we got a nice seat in the front. Of course, the kids didn’t care that they were seeing celebrities from Nickelcreek and Crooked Still, and as they began to play the kids scattered to a more quiet location to eat their burritos. I stuck around for their short set and was able to get some very intimate shots, though the the giant microphone seemed to always be in the way. 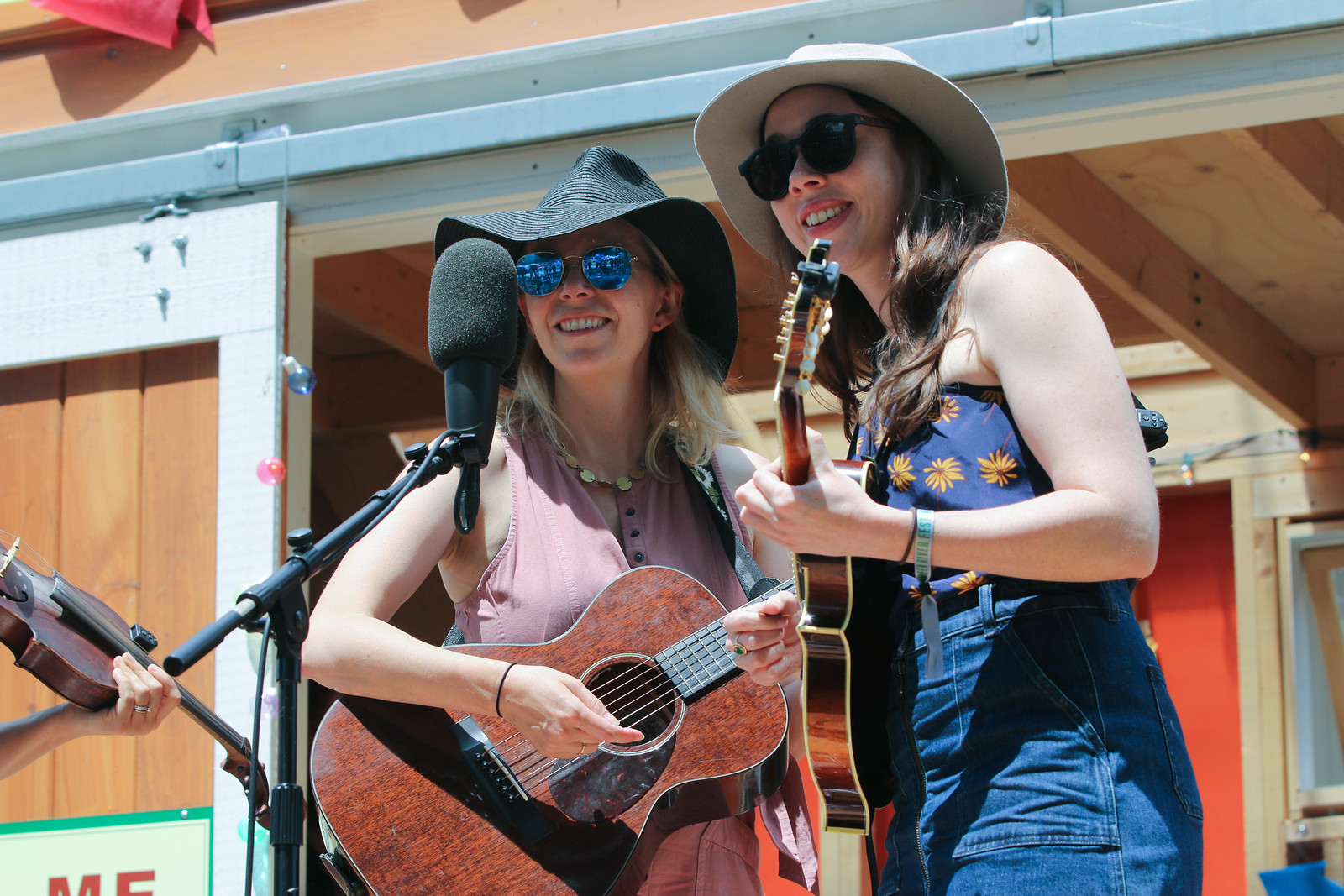 I’m With Her – Aoife O’Donovan and Sarah Jarosz 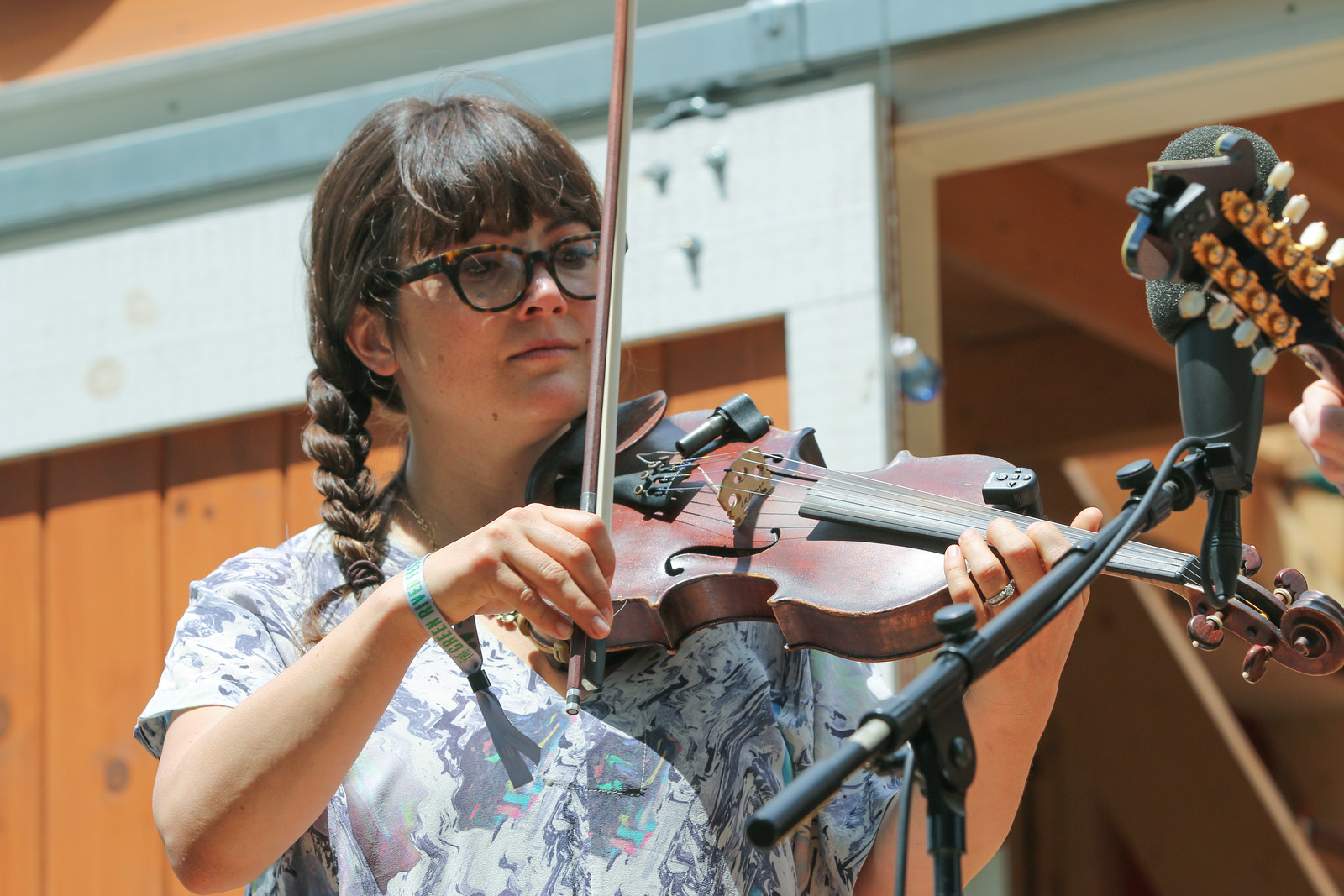 I’m With her – Sara Watkins 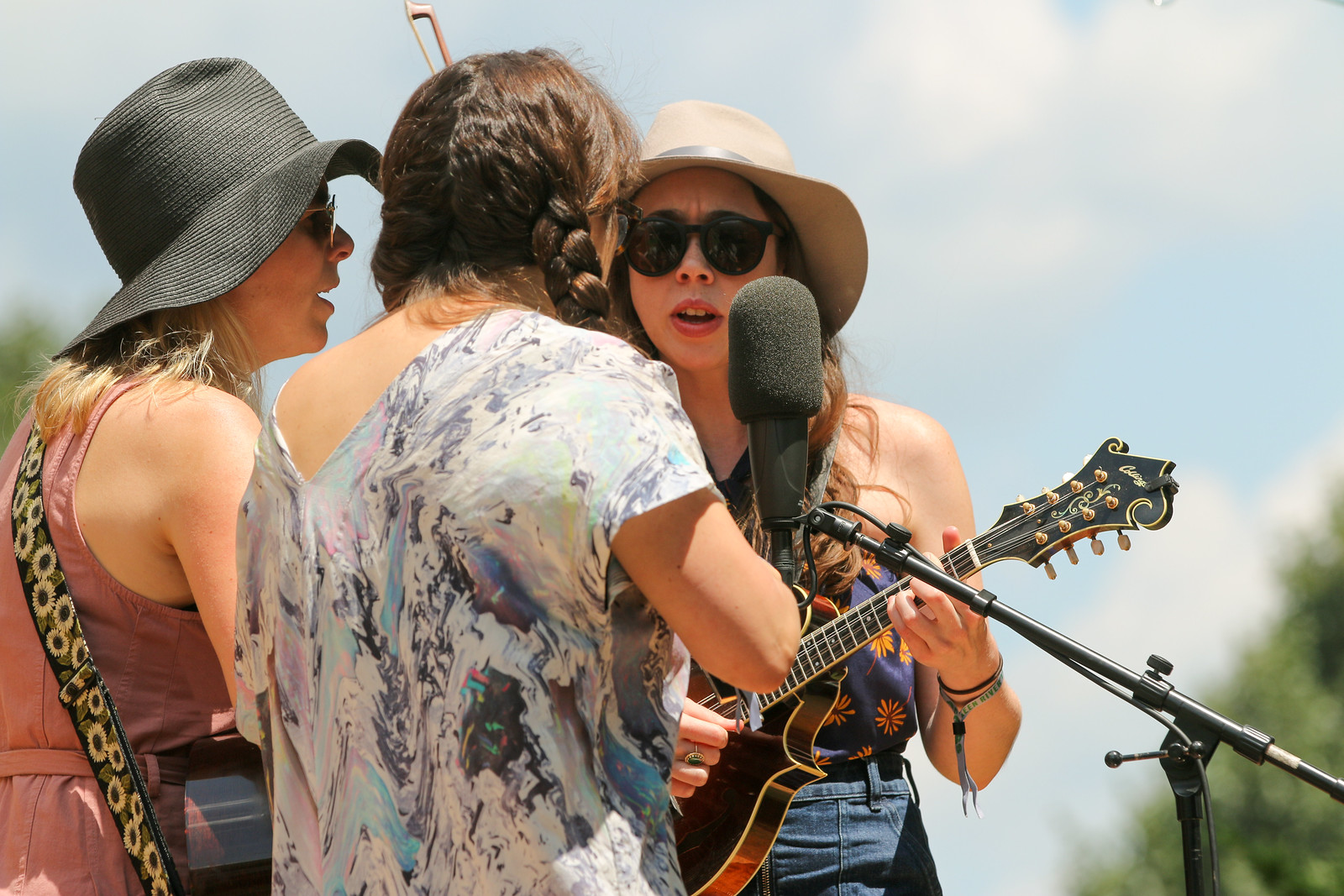 It was relatively simple to get up front for their main stage set, but it was here that a bit of FOMO (fear of missing out) began to kick in. The festival was jam packed with artists on all 3 stages so there was always the fear that I’d chosen the wrong stage to park myself at. Even though I knew I was a fan of I’m With Her, I couldn’t help but wonder what “Trailer Park w/ Samirah Evans” sounded like on the second stage. I cut out of the main stage halfway through to find out. While not disappointed, I do wish I stayed for the entire I’m With Her set. 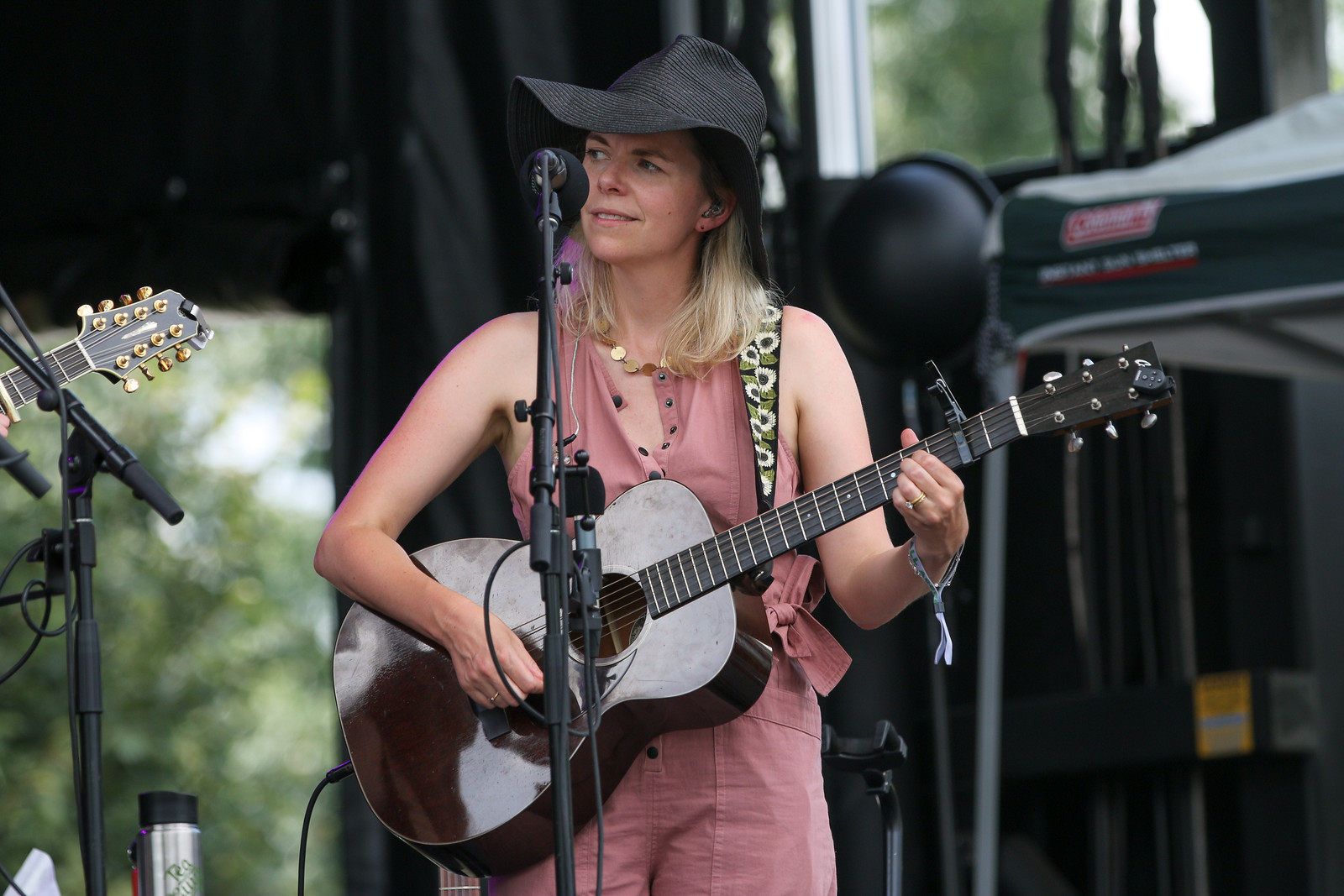 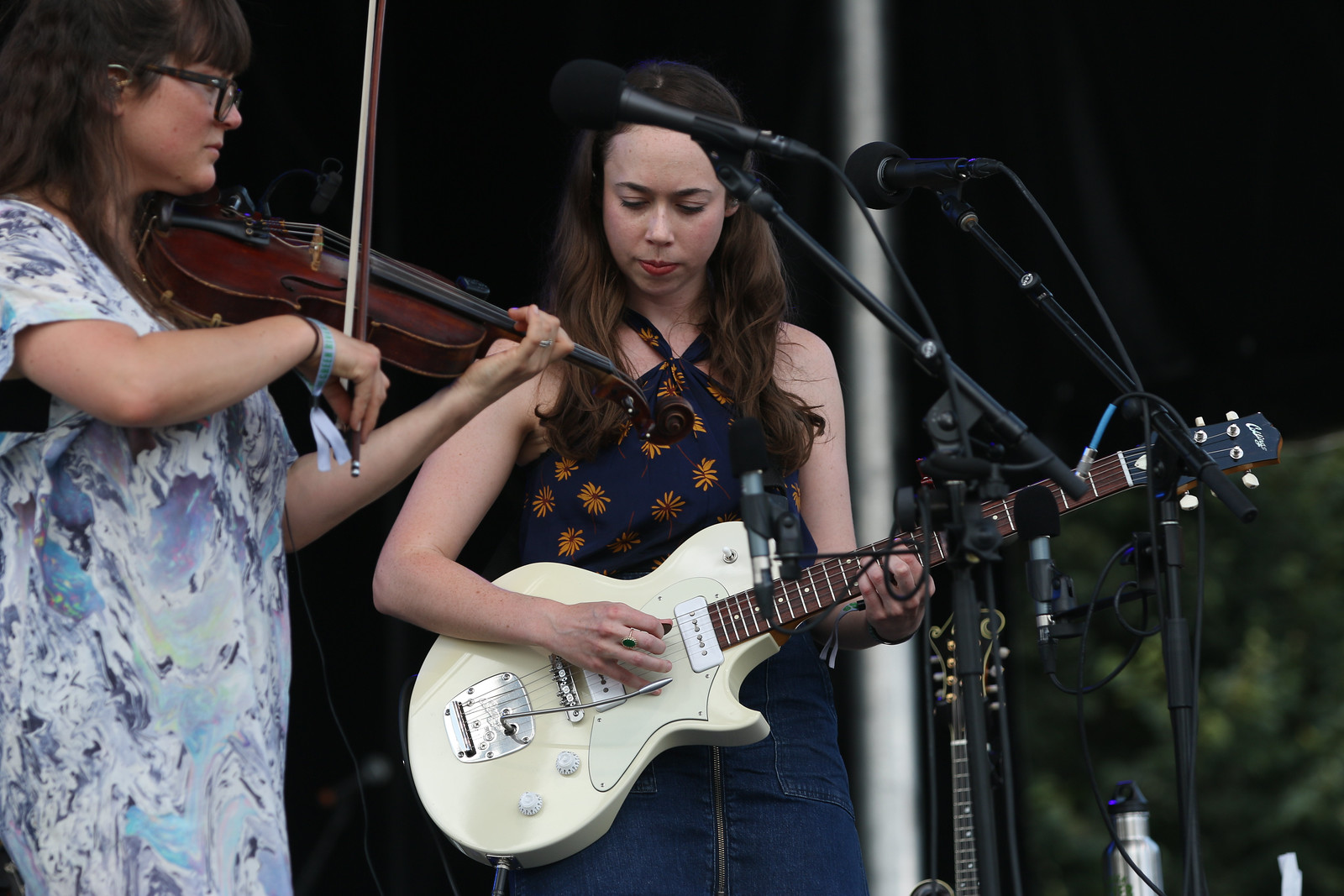 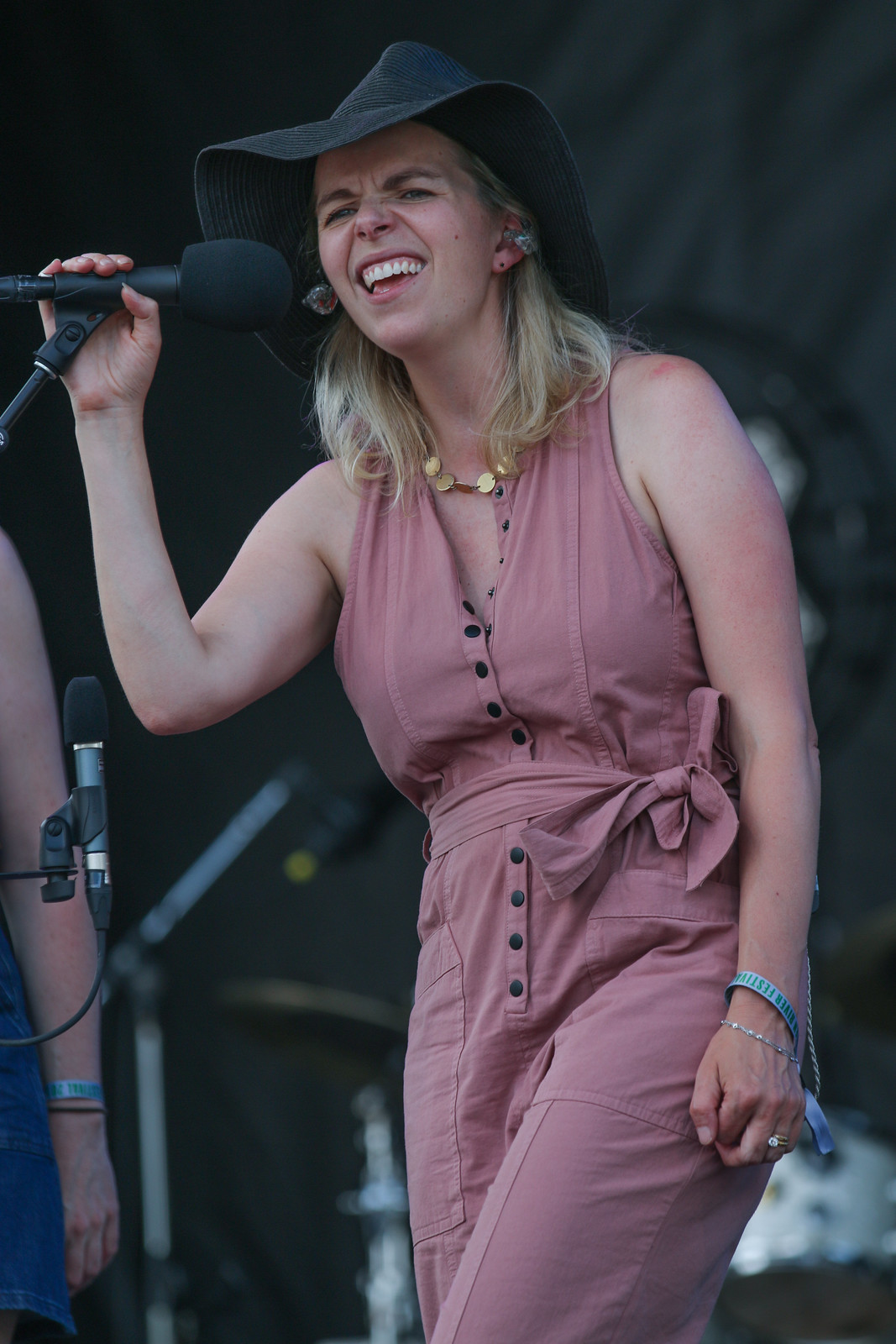 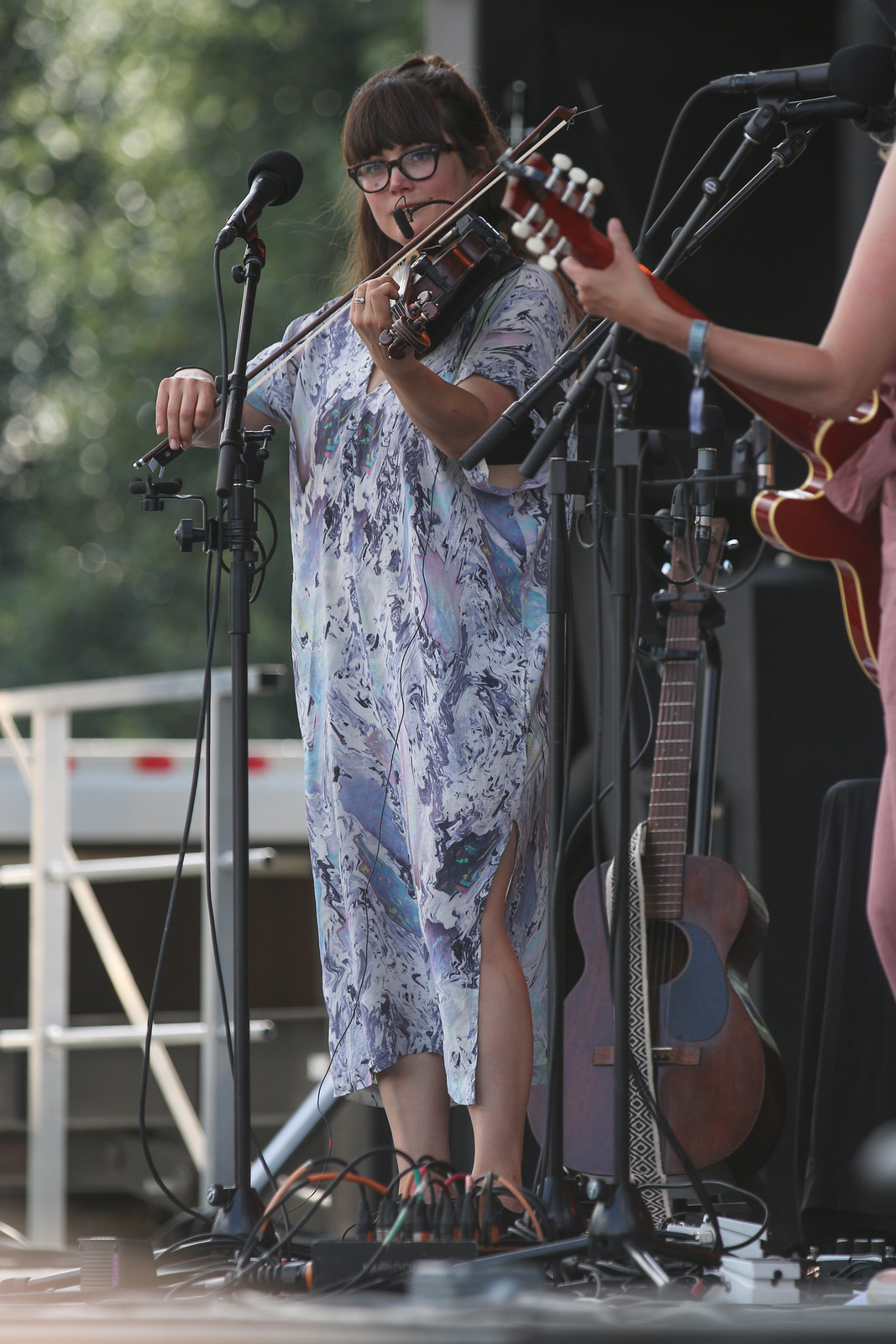 My wife will always confuse Robert Earl Keen with both Steve Earle and Townes Van Zandt. Hopefully after seeing REK up close the differentiation became clear. I had never seen him before but had been a big fan for the past 10 years or so. REK was dressed in reflective glasses, a Jimmy Buffet-style shirt, and a mile long grin. The July sun was still powerful enough to make photography fairly simple so I got all the photos I would need in the first few minutes. Nothing much changed visually throughout the set so I parked my camera at our blanket and enjoyed most of the set with my wife around my shoulder, and not my zoom lens. 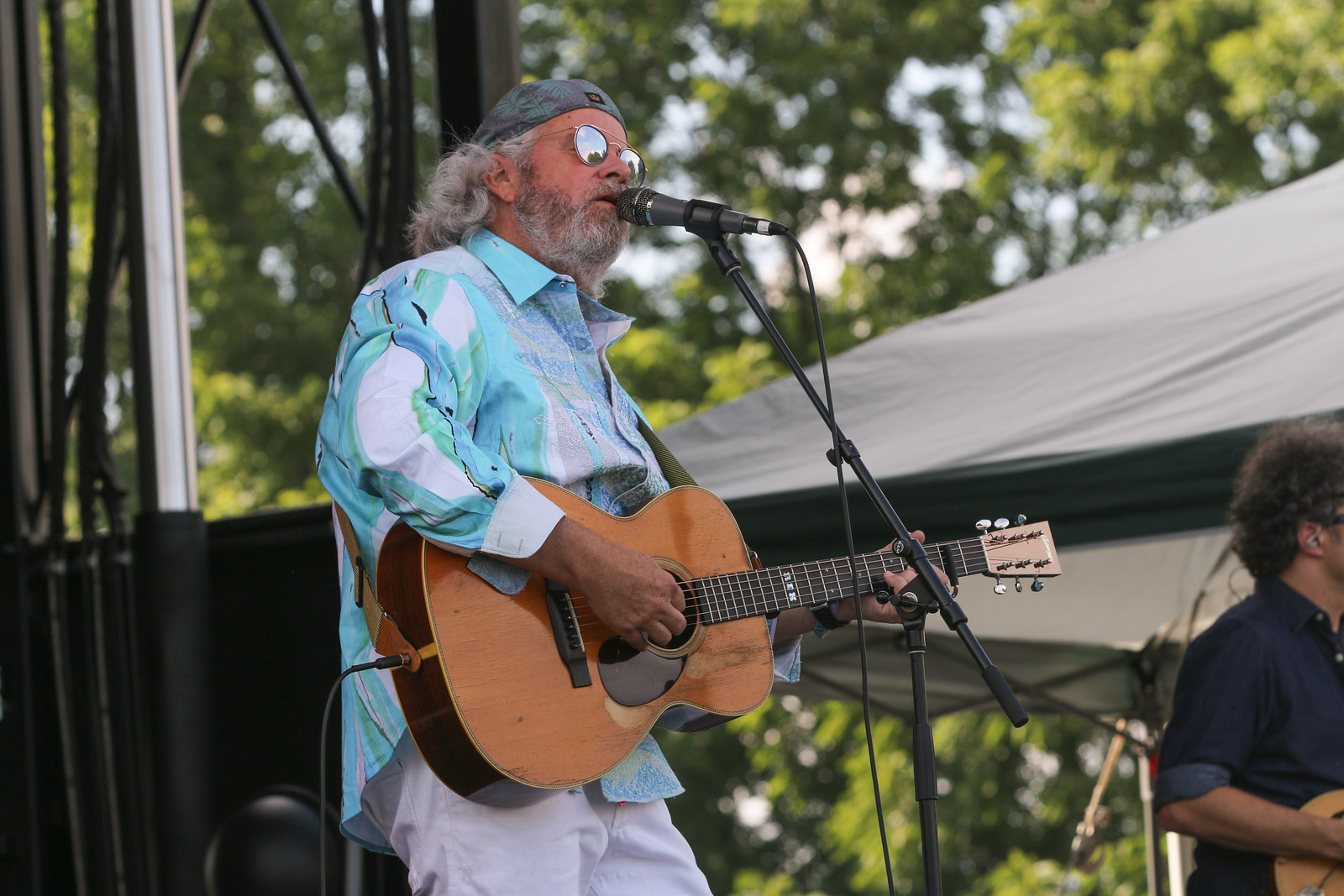 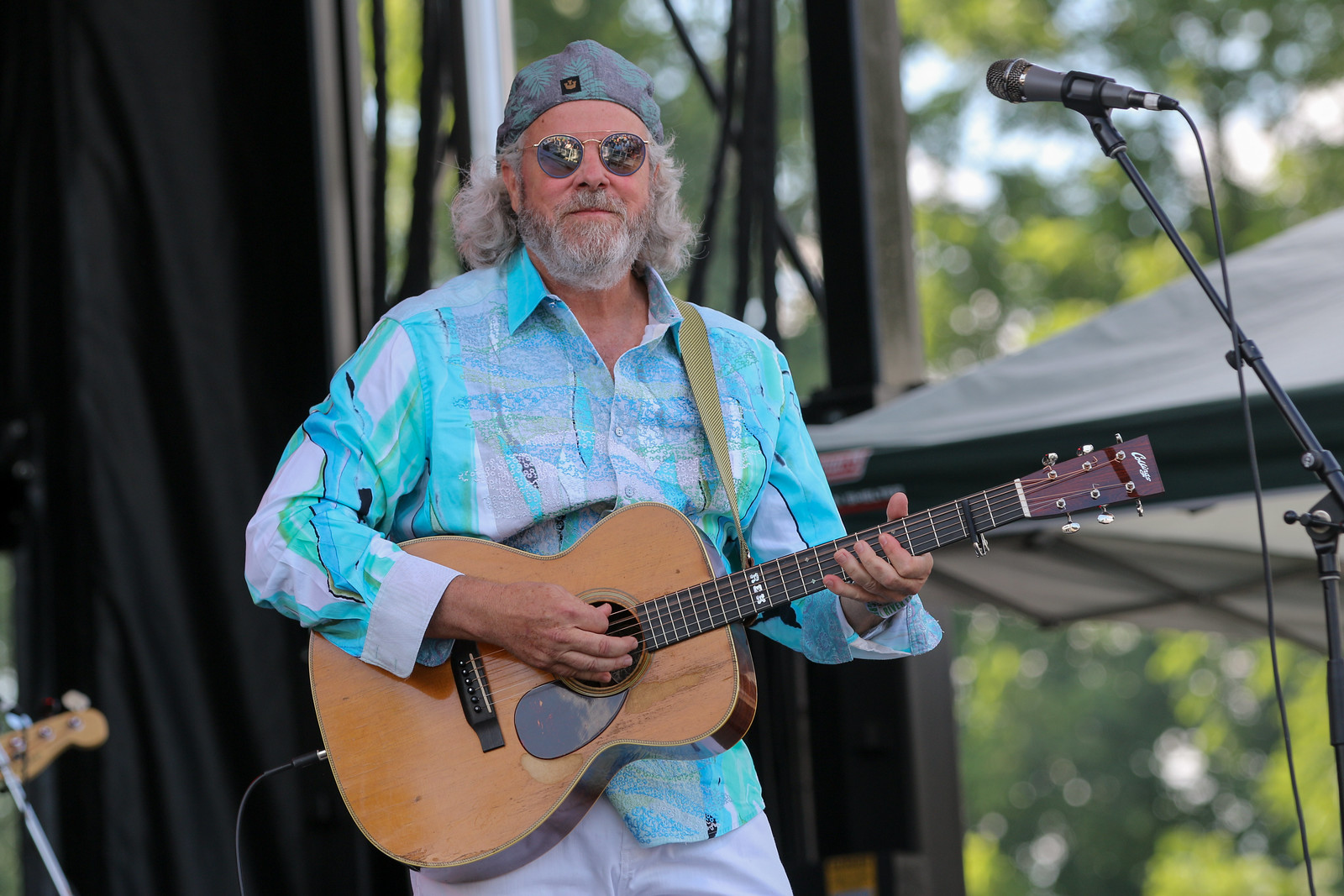 This was the first time I had seen Old Crow Medicine Show live, but like Robert Earl Keen, I’d been a fan for many years. After seeing them on Sunday night I wondered why they weren’t a staple in all summer festivals. They were that much fun. I think part of me worried that they had become a bit of a parody of themselves after Willie Watson left the band in 2011. But even if the direction of the band did change, they’re still a barrel of old-timey fun.

There was just enough light left to make photography enjoyable. I could have stood right up front for the entire set without putting the camera down. Moments were full of instrument changes and visibly aggressive tongue, and they were never dull. But I walked around a bit to be part of crowd. “Wagon Wheel” must be a staple in their set, and one that they likely grown at during rehearsal. The enjoyment on everyone’s face as they sang along to nearly all the lyrics must make all of this worth it. When playing it live, they weren’t just going through the motions. 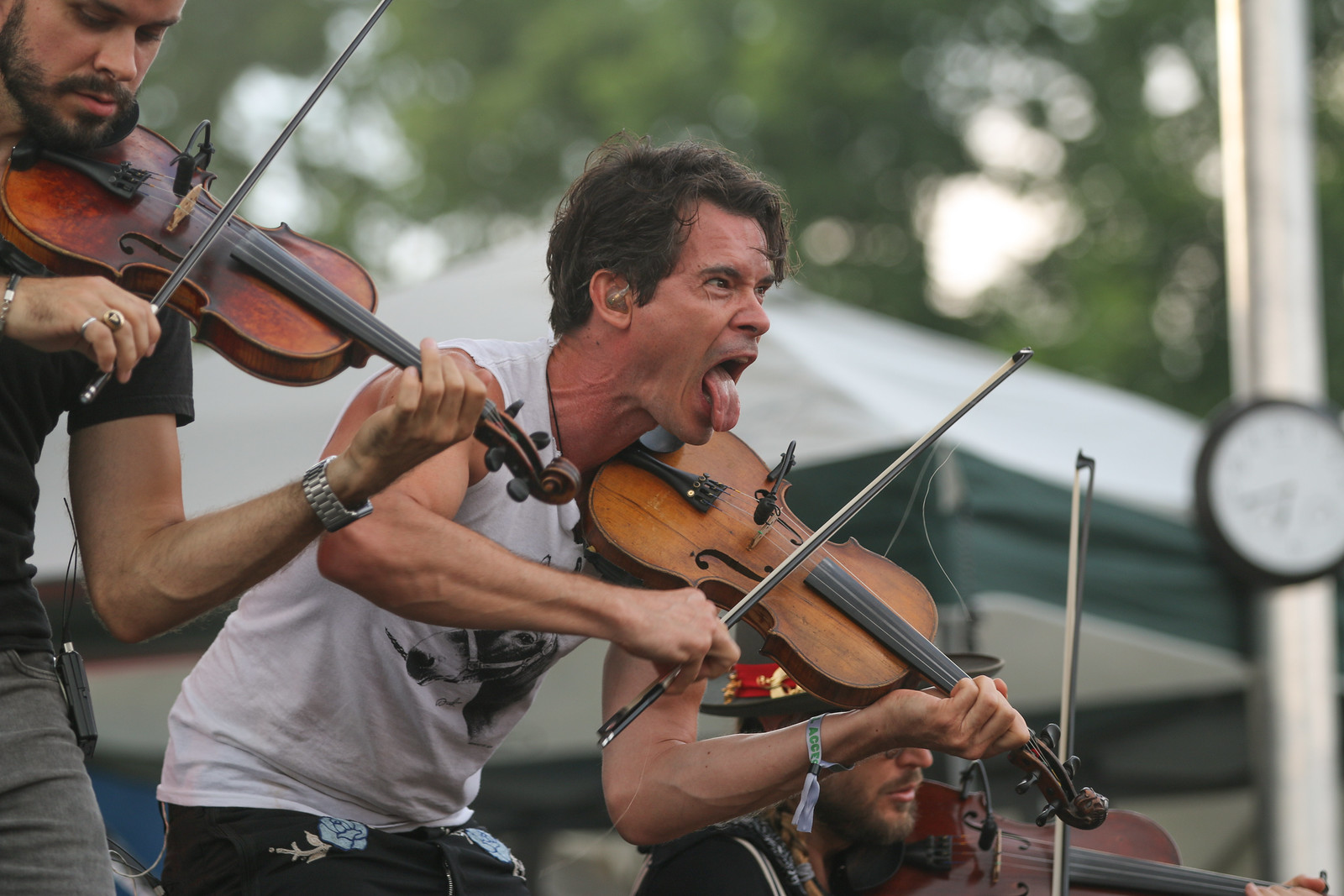 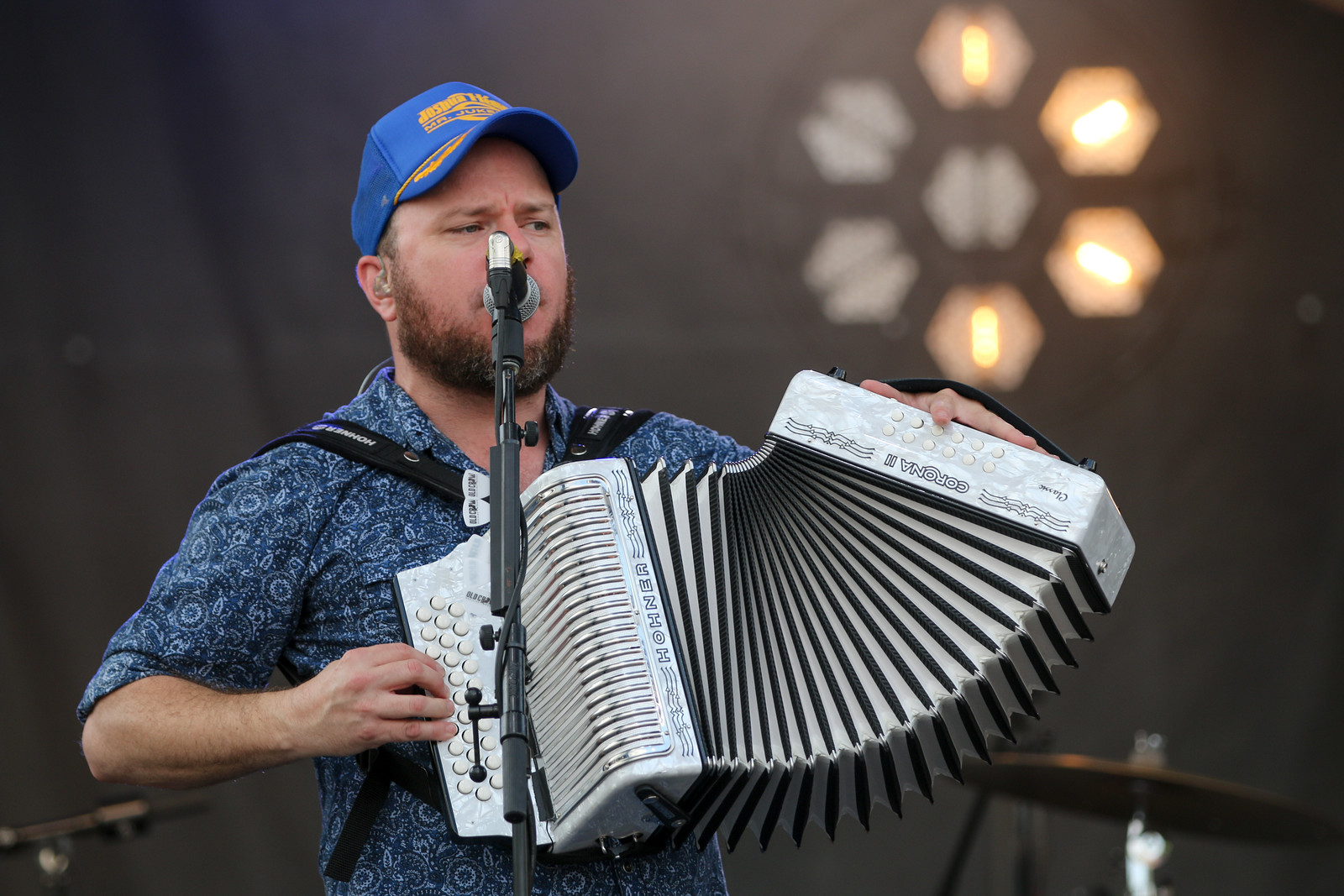 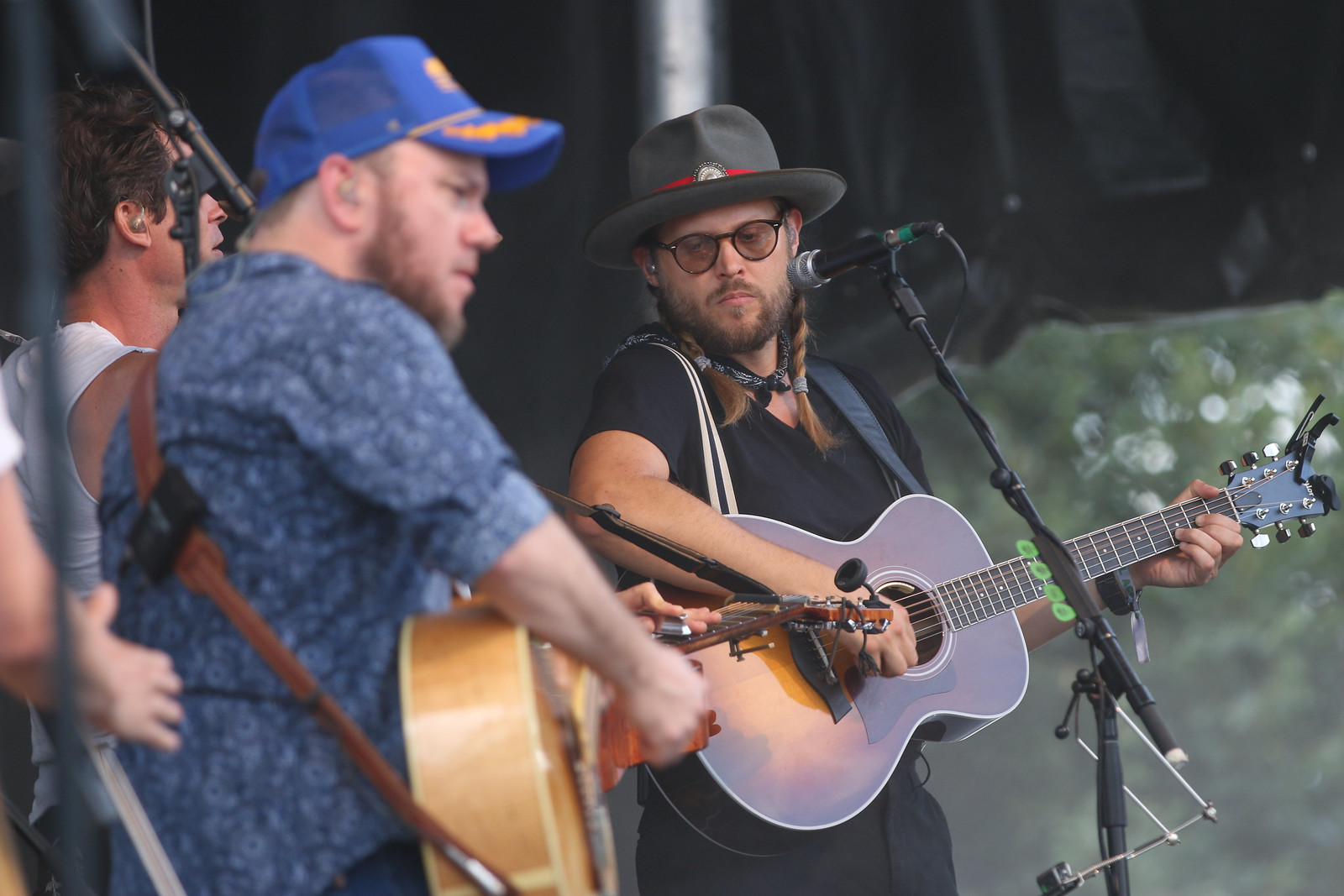 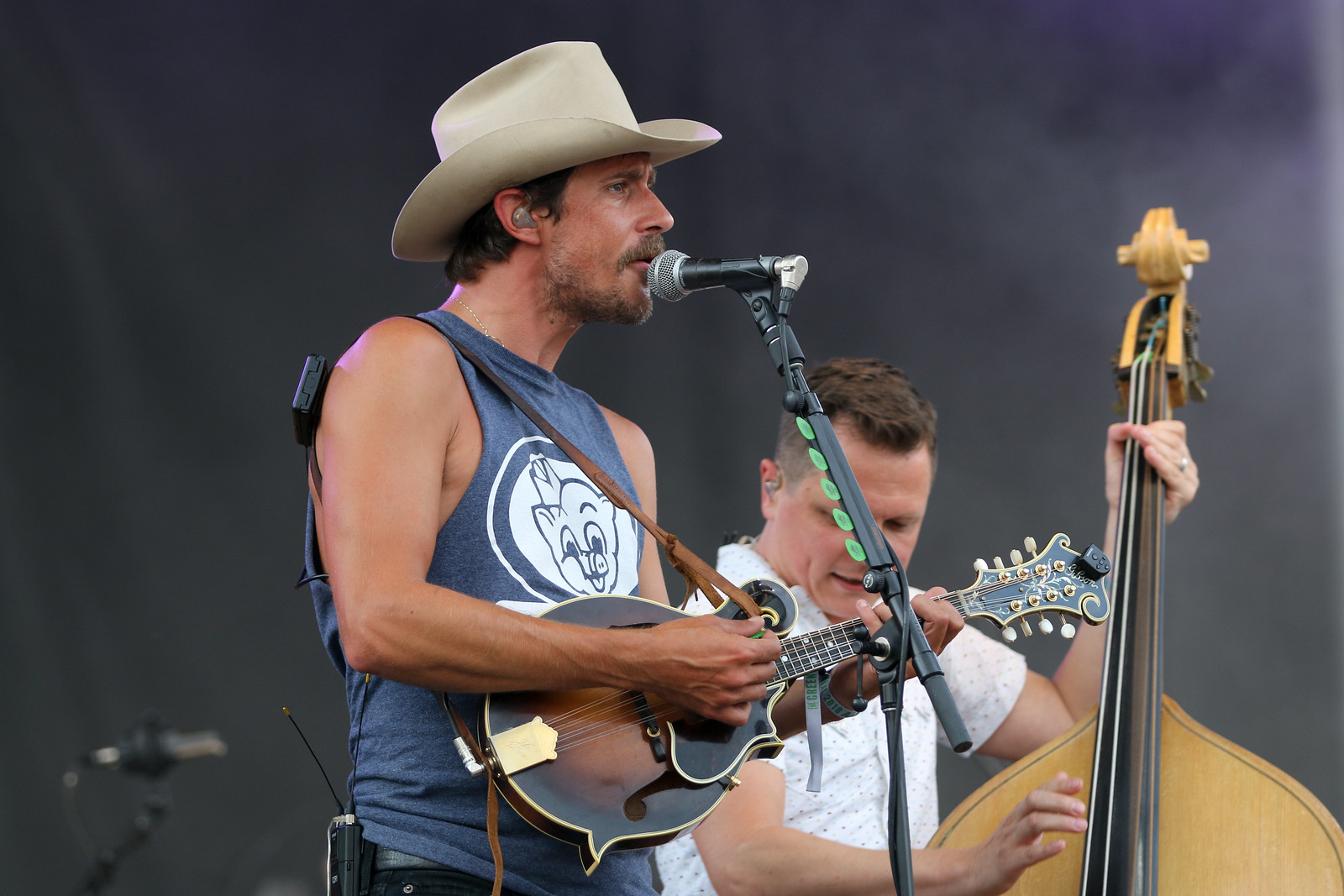 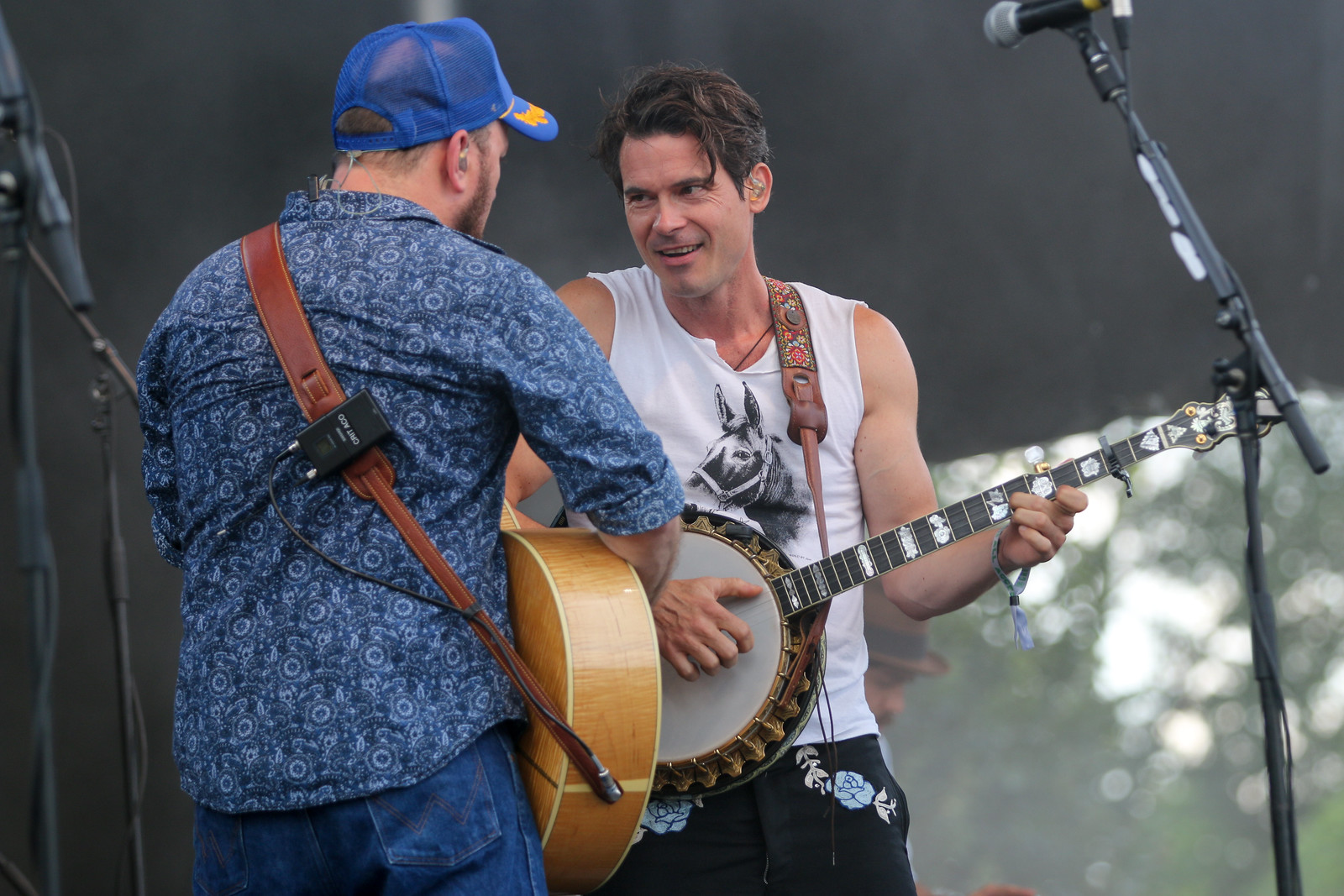 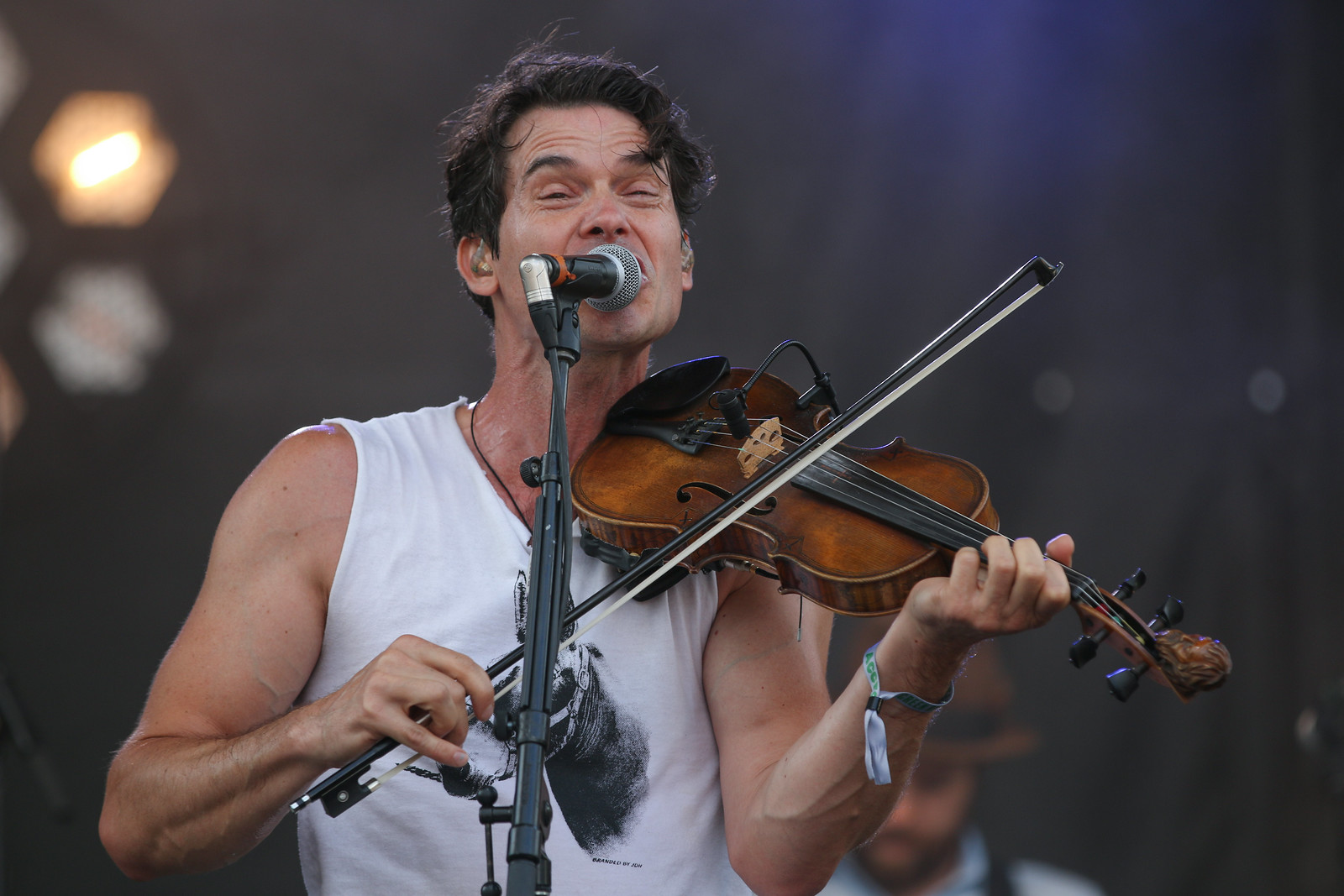 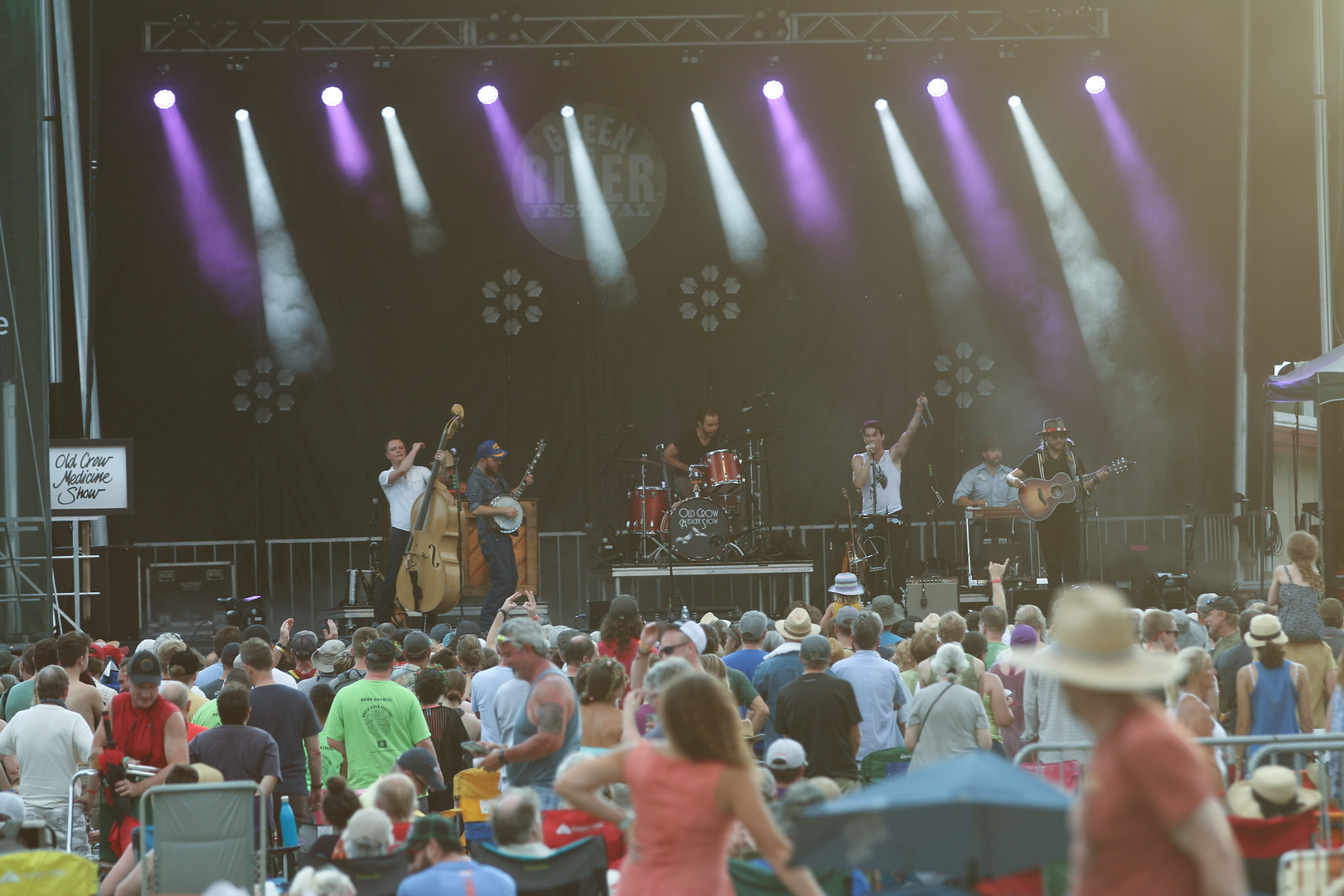