The main stage during the day is in a giant tent. Because of the limited space there is no photographer’s pit. Anyone can walk right up and sit in front of the front row of chairs to take as many photos as they’d like. The only advantage of a media pass here would be a safe and convenient place to store gear.

Mile Twelve served up some no nonsense traditional bluegrass without the formal suits. Like so many other bands in the past 10 years, they met at the music schools in the Boston area. In 10 years they may be teaching the next generation of bands to play the main stage at Grey Fox. My favorite shots from this session were from the side of the stage as I never cuddled up close the front row with fellow fans.

I saw Molly Tuttle at the Green River Festival a short 5 days before I saw her again on the main stage in Grey Fox. She was wearing the same outfit. It sounds sexist, but one of the main differing factors in weekly concert photography is the performer’s outfit. I assume Molly changed over the past week at some point, and likely did laundry, though I can’t confirm that with any certainty. I think her level of celebrity is about to soar to the point where she doesn’t have to worry about doing her own laundry.

A seat right below the front of the stage produced some good shots that typically require pit access. The signature Grey Fox flowers can get in the way, but I think they add some depth and character to these photos. 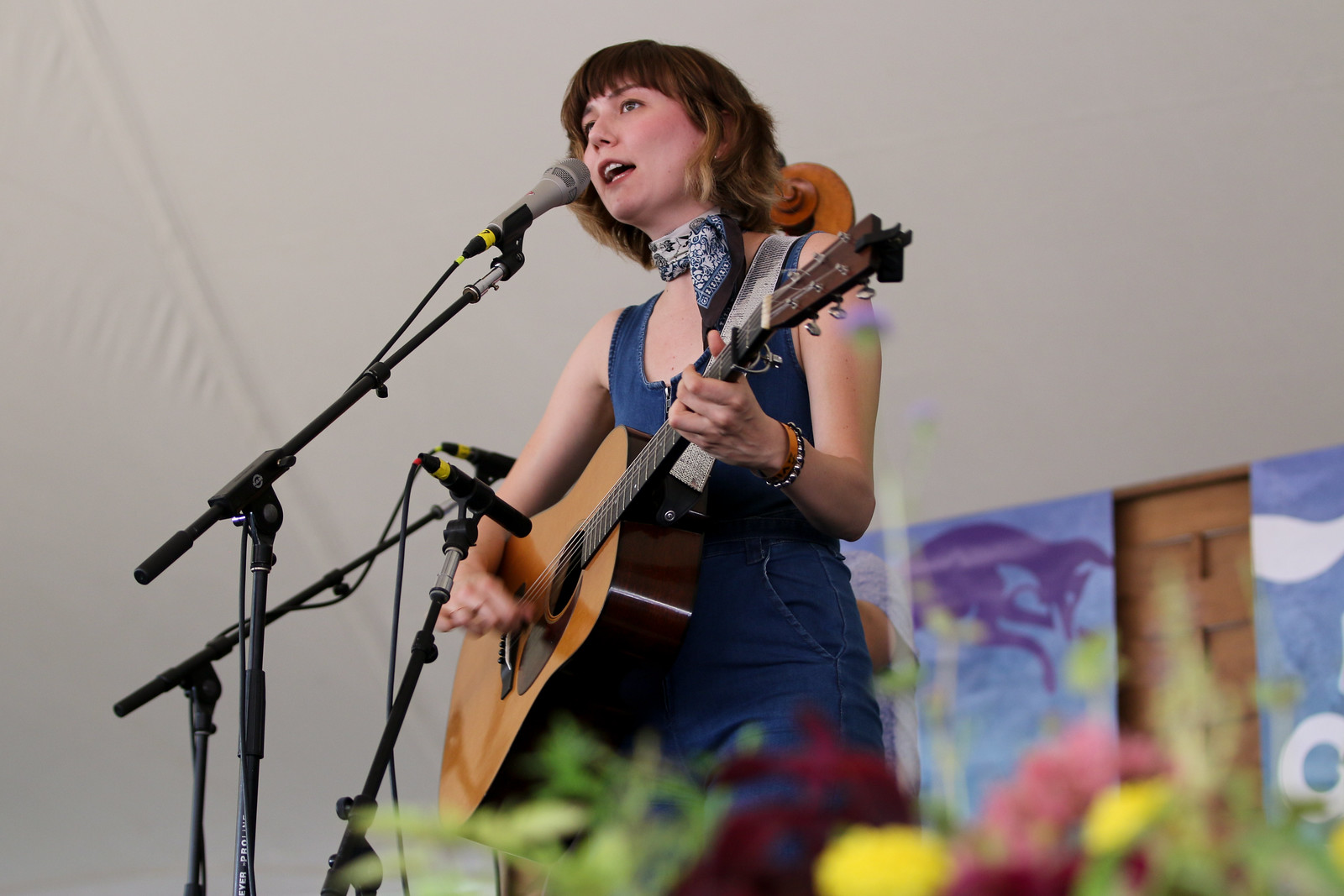 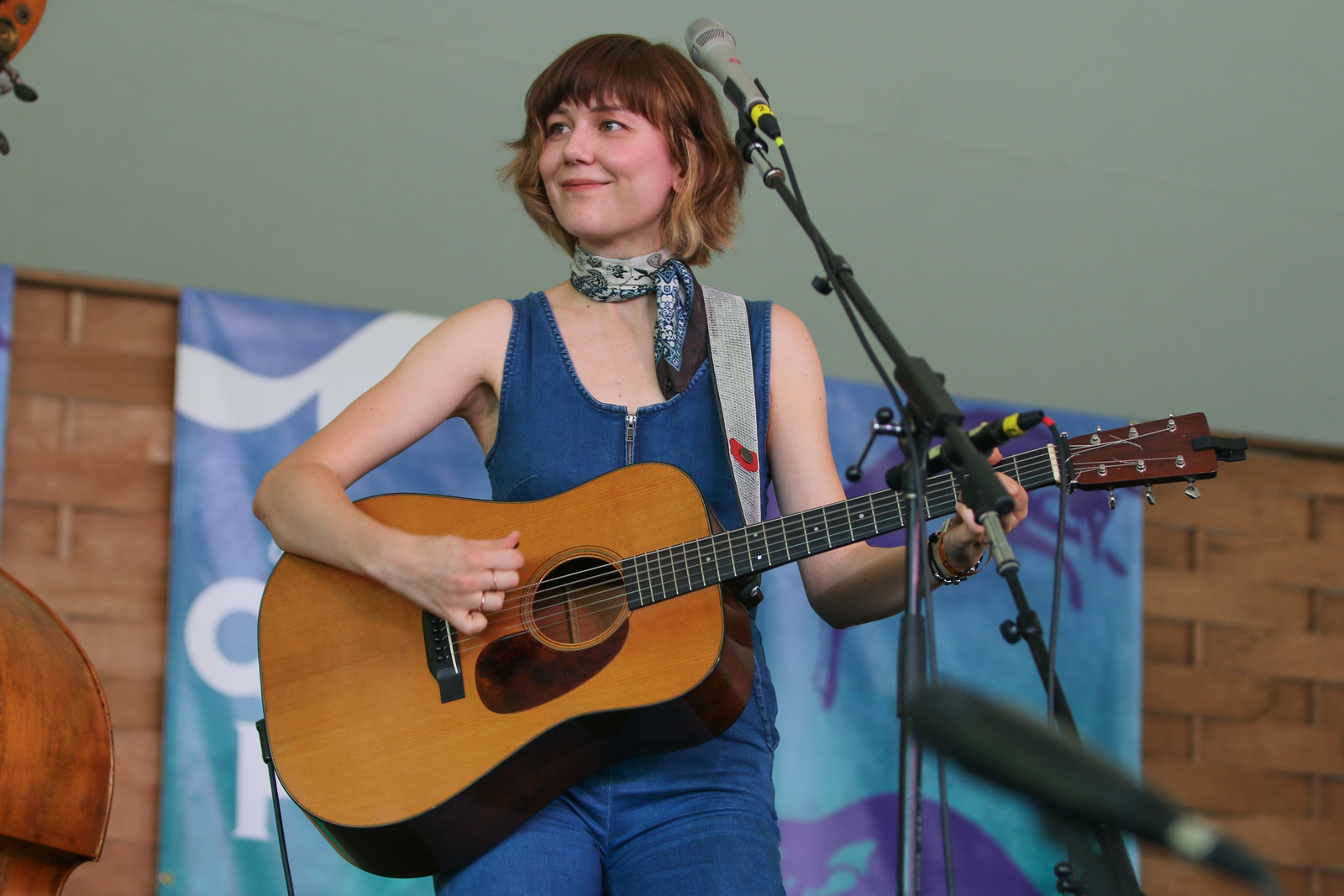 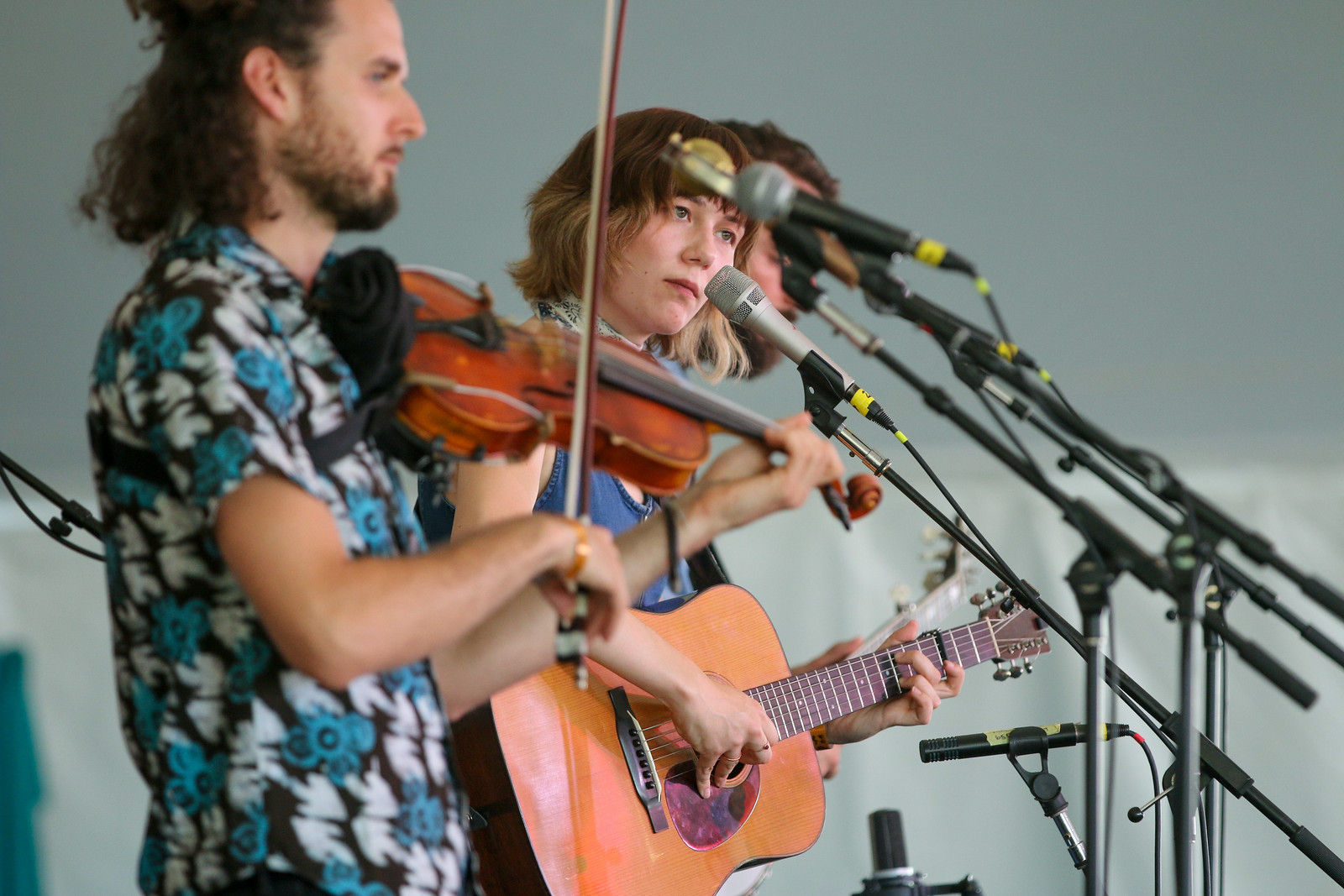 I didn’t notice until creating this post, but her fiddle player was also wearing the same shirt at the Grey Fox festival as he was during the Green River fest the week before. I’m not sure what this says about me, or society in general, that I only noticed the lack of change in the female performer. His outfit is noticeably more flashy. Maybe it’s because she’s front and center? So far this entry is more about me being judgemental about fashion choices than my photography experience, but a good photographer notices these details, I guess.

Jerry Douglas is bluegrass royalty today. His last set at Grey Fox lost some people with his progressive and jazzy instrumentals, but this set was raw bluegrass. It’s not often that a dobro player can play a solo set while keeping the audience in their seats. Billy Strings made the first appearance that I saw during this set and doubled the amount of virtuoso picking. I’m convinced that no matter how good the photographer, nine out of every ten Billy String photos will have blur in them. His picking, movements, and expressions, are that fast.

I had never heard the name Kaia Kater before she was announced on Saturday, but she was a pleasant morning surprise. 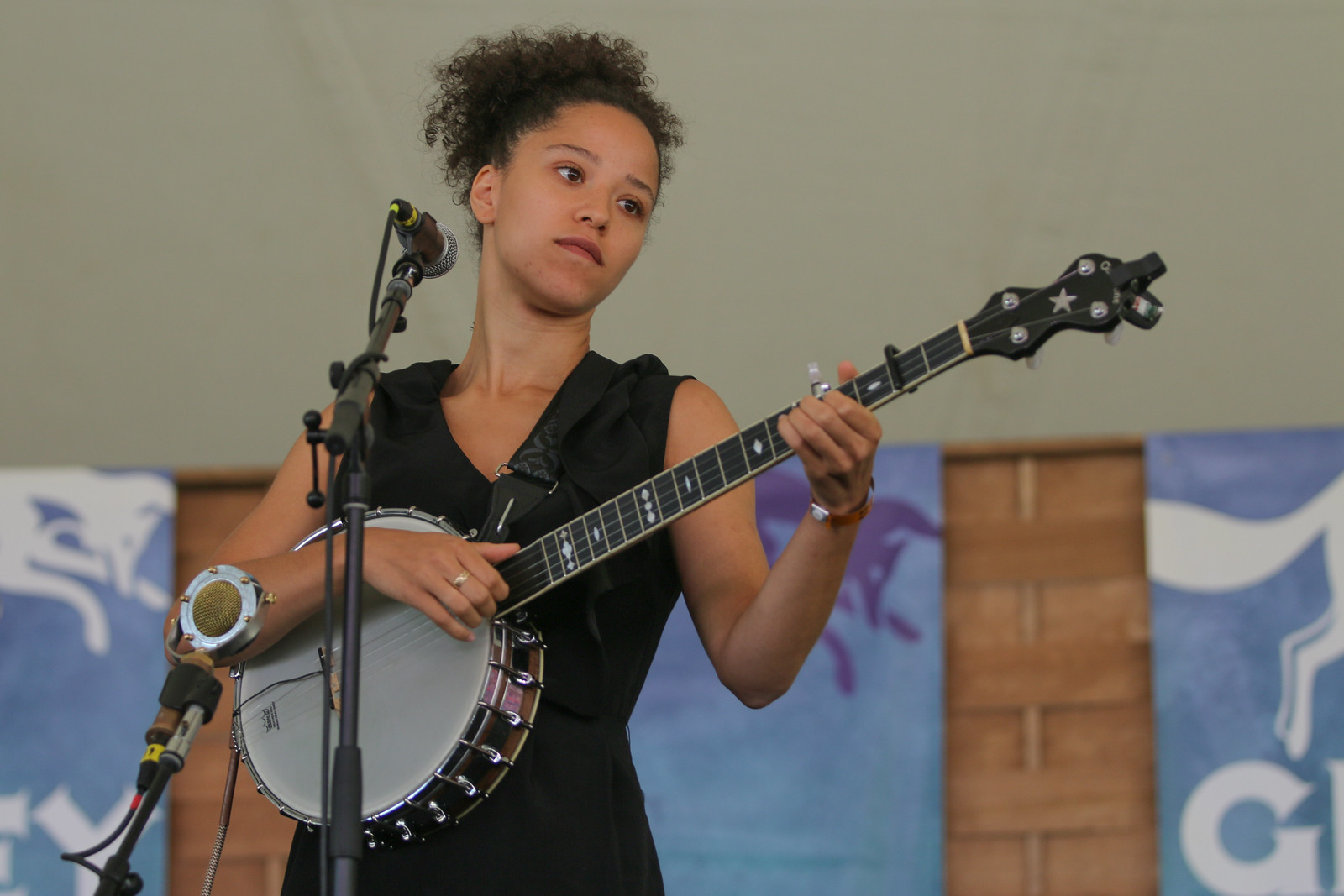 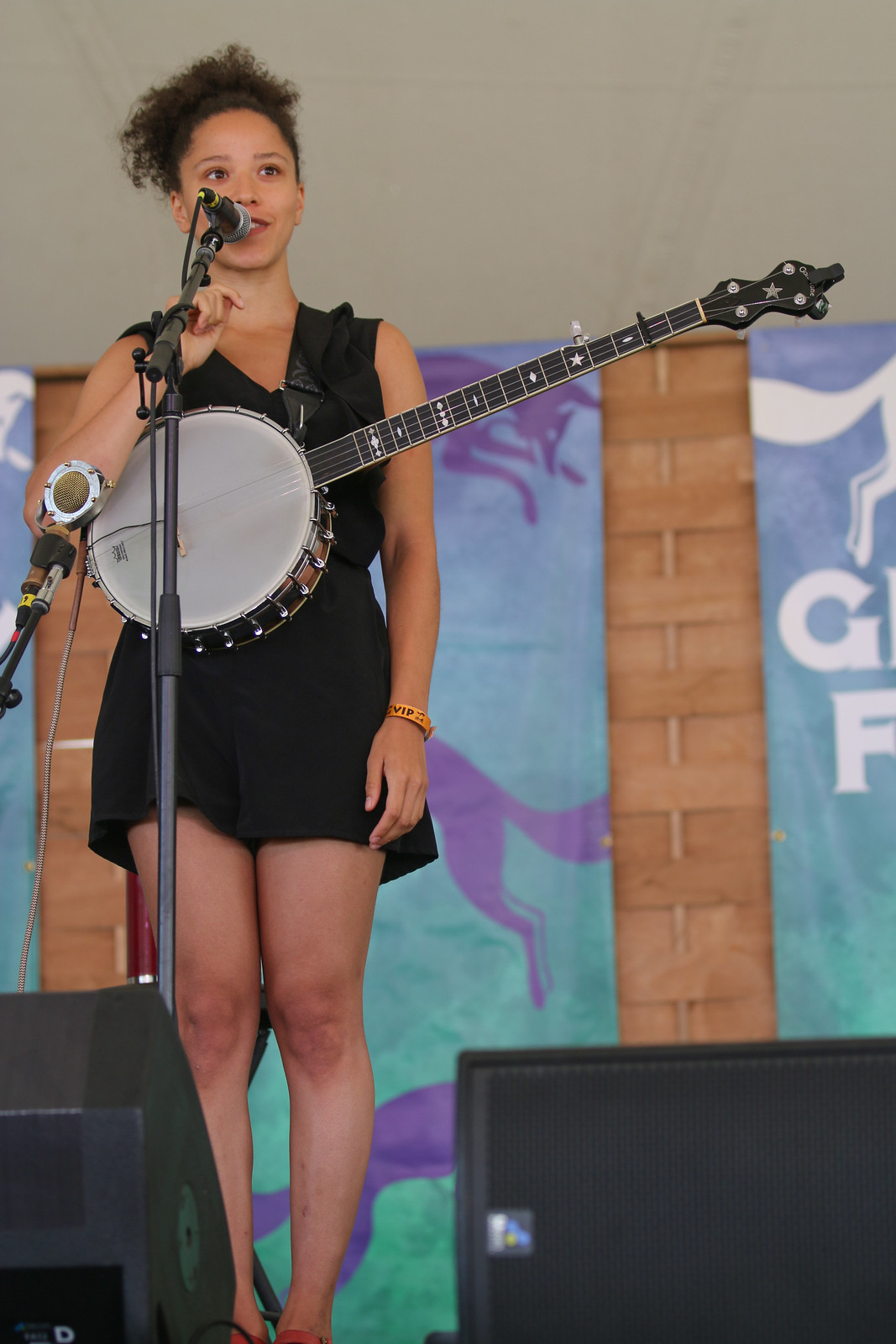 The highlight to me came midway through the set when Kaia introduced a waltz to the seated crowd that was still waking up. She wanted people to dance and offered a free CD to the first couple to come up front to dance. The first couple came quick to a round of applause and a few other couples soon joined to fill out the front comfortably. My front row seat in the dirt was blocked by happy waltzers, but it was fine. My time in the people’s pit was over and I snuck to the sidelines to capture the dancers in 3-quarter’s time.

From a photographer’s perspective the challenge was the shadowed subject behind a powerful noon-day July sun. The subjects risk being grainy and the background being completely blown out. 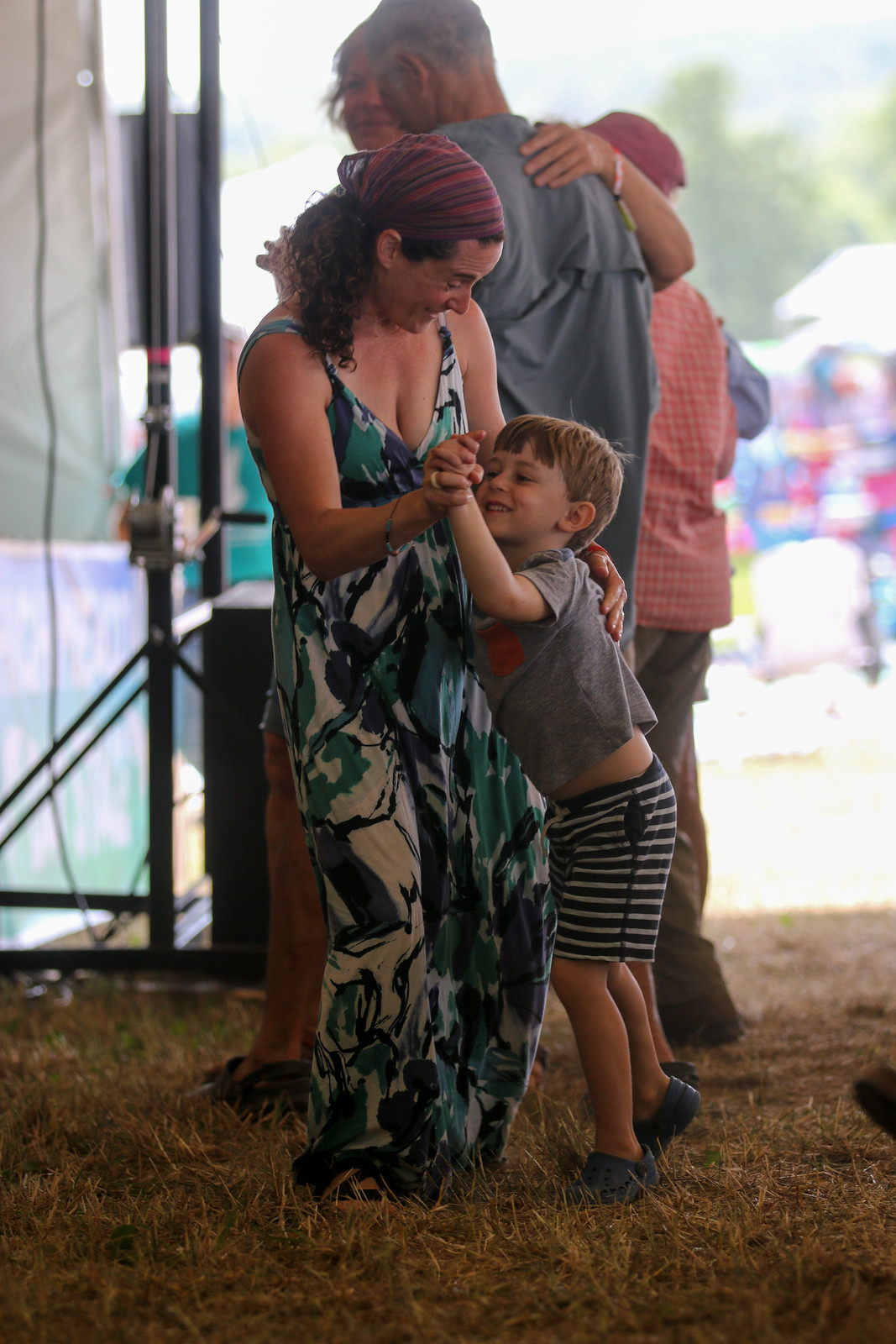 I didn’t know much about Joe Newberry & April Verch but they seemed to genuinely enjoy each other’s company, talent, and dancing. There’s something about the smaller tent that makes these traditional and stripped down acts seem right at home. 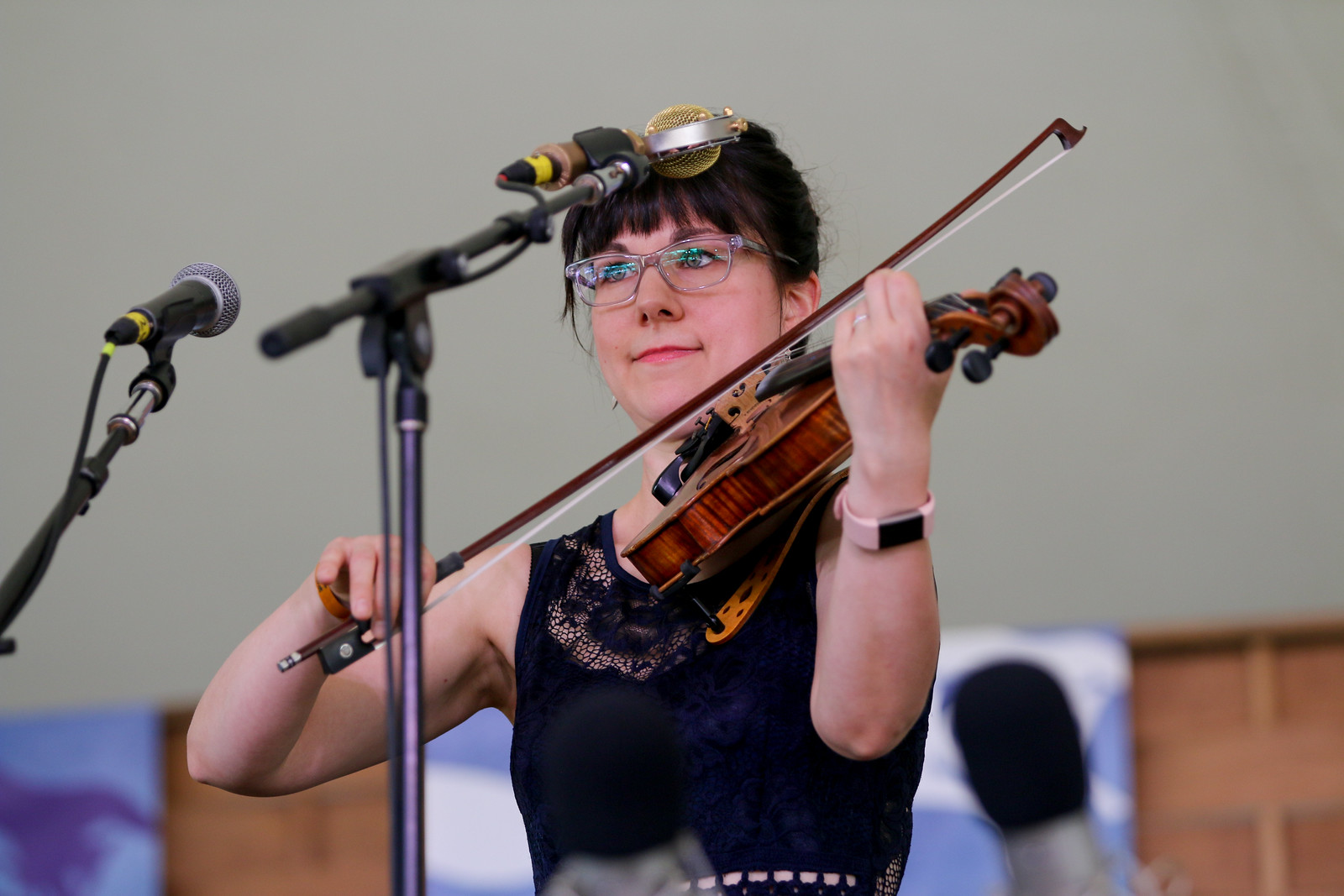 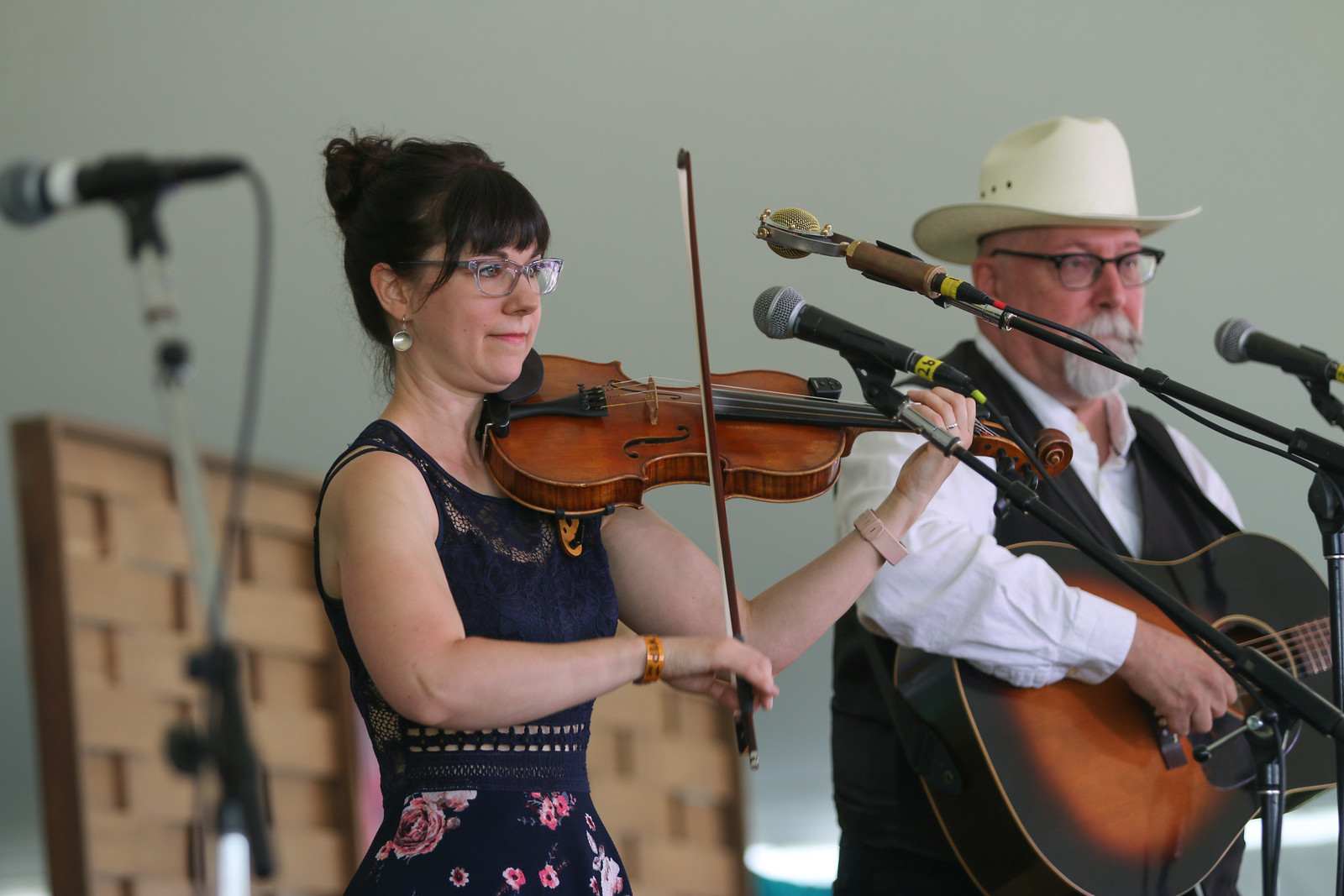 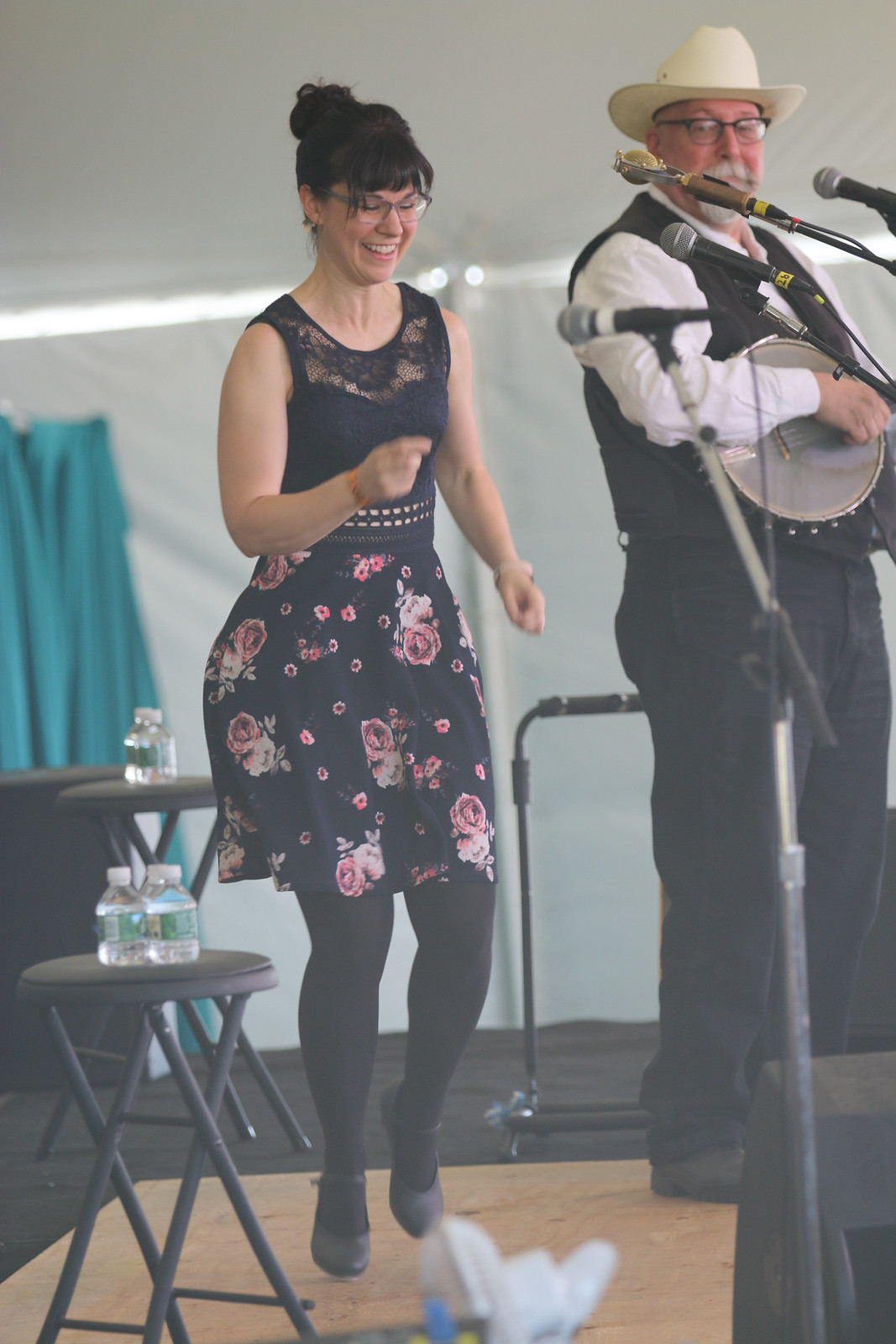