Congratulations for making it this far. I understand the term “deep web” has its own meaning, but in terms of the regular web, this is pretty deep.

The majority of this post was written in 2016, which was two years after it would eventually be posted and re-edited, and 2 more years after the actual events. I was inspired to write down the saga after your bladder reflux surgery. I thought it would be fun to post it with a sigh of relief that all major medical issues were finally over. In 2018 I can say that, luckily, that is still true, but I didn’t want these words to sit forever in draft form.

A lot happened over those 4 years to change my perspective of what’s interesting, what’s funny, and what’s offensive. I did remove some things that made me cringe at my past-self only 2 years later. I had some joke about what pregnancy did to a women’s body. It wasn’t directed at anyone in particular, but it didn’t make me laugh today. Without hesitation I left in the opening remark comparing a women’s ankles to a container of soda. I’m not quite woke, yet.

I had intended to write quick pieces of the saga to be released weekly in hopes of attracting more traffic to my site with more frequent updates, but my perspective on that changed as well. The longer I keep the site running, the more I realize, and accept, that this site’s target audience is me. The Press Release at the beginning was intended to announce the start of the weekly series, but I kept it in as I thought it was sort-of funny, but it may be ultimately a confusing front-face to the 10,000+ words that would follow.

They say the Internet is forever, but that’s only true for things in high-demand. There is a virtual graveyard for small personal sites like this, and once the go-daddy subscription runs out, no one can visit the grave any longer. The fact that I wrote this as a letter to you, my then 2-year-old daughter, is gimmicky at best. You won’t read it in the way the author’s voice (me) intends. I get that. My mom may print it out and save it in a file somewhere, but it will turn yellow and become trash.

That turned a bit dark. I did have fun writing, and re-reading this as I think my perspective is both interesting and honest. Does the world need to understand the experience of a high-risk childbirth, pre-mature baby, and a frustrating mystery rash on a baby, all through the eyes of the father? Probably not, but that’s not the point. I have my own story to tell, even if none of those things happened to me directly.

In February of 2018 your grandmother had knee surgery and spent some time in Beth Israel, the same hospital as the NICU, and the location of the first half of this story in general. All I knew was that she was in room #535 and I walked into the building with confidence. I had been there before, so I walked in and proceeded to the 5th floor. The elevator opened and there was a hallway to the right and a hallway to the left, and no signs pointing anyone to either direction. We had stayed on the 5th floor as your mother recovered from her c-section and our rooms were to the left. Out of pure instinct, I walked to the left.

I was greeted by a receptionist and started filling out the form, and then filled out my badge. I said the name of the patient, but they couldn’t find any reference to anyone with that name. They then asked me the name of the baby, and it dawned on me that I walked in here with some undeserved confidence. I didn’t know any babies here, so I had to come clean. I had walked to the wrong side. I then proceeded to walk to the hallway to the right, and right into room #535. There were no forms to fill out. While people may want to steal babies, no one wants to steal a Grammy with a busted knee.

I do regret not taking more, and better, pictures during this time. I generally take pictures for fun, or to improve my overall skill and portfolio of images. When I’m taking a picture of a fiddler at a festival, for example, I don’t think “I want to better remember this moment later”. But that’s exactly how I feel about these hospital trips. It seemed somber and rude to take too many photos at the time, but that’s just silly.

One of the reasons for the two year delay in posting was due to the Code Red Mountain Dew bottle. I wanted to take a pic of you next to the bottle to show that you were, in fact, now larger than a 2-liter. But we’re not regular soda drinkers so we rarely have any soda. I bought a bottle 2 years ago, but quickly lost it, along with my inspiration to proof read this. I recently bought another bottle for the sole purpose of taking these 2 photos. I think they speak for themselves to say it was worth the wait. 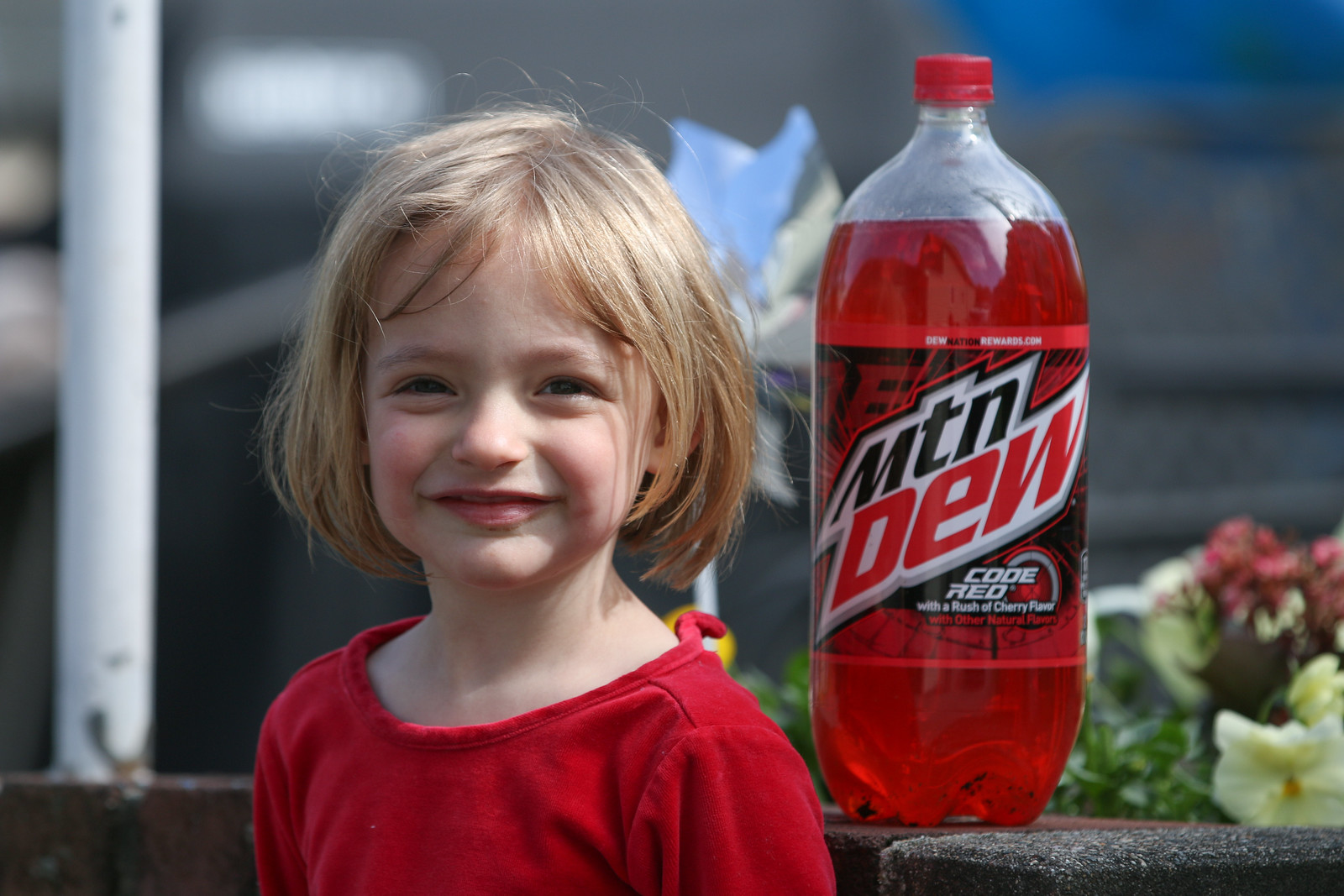 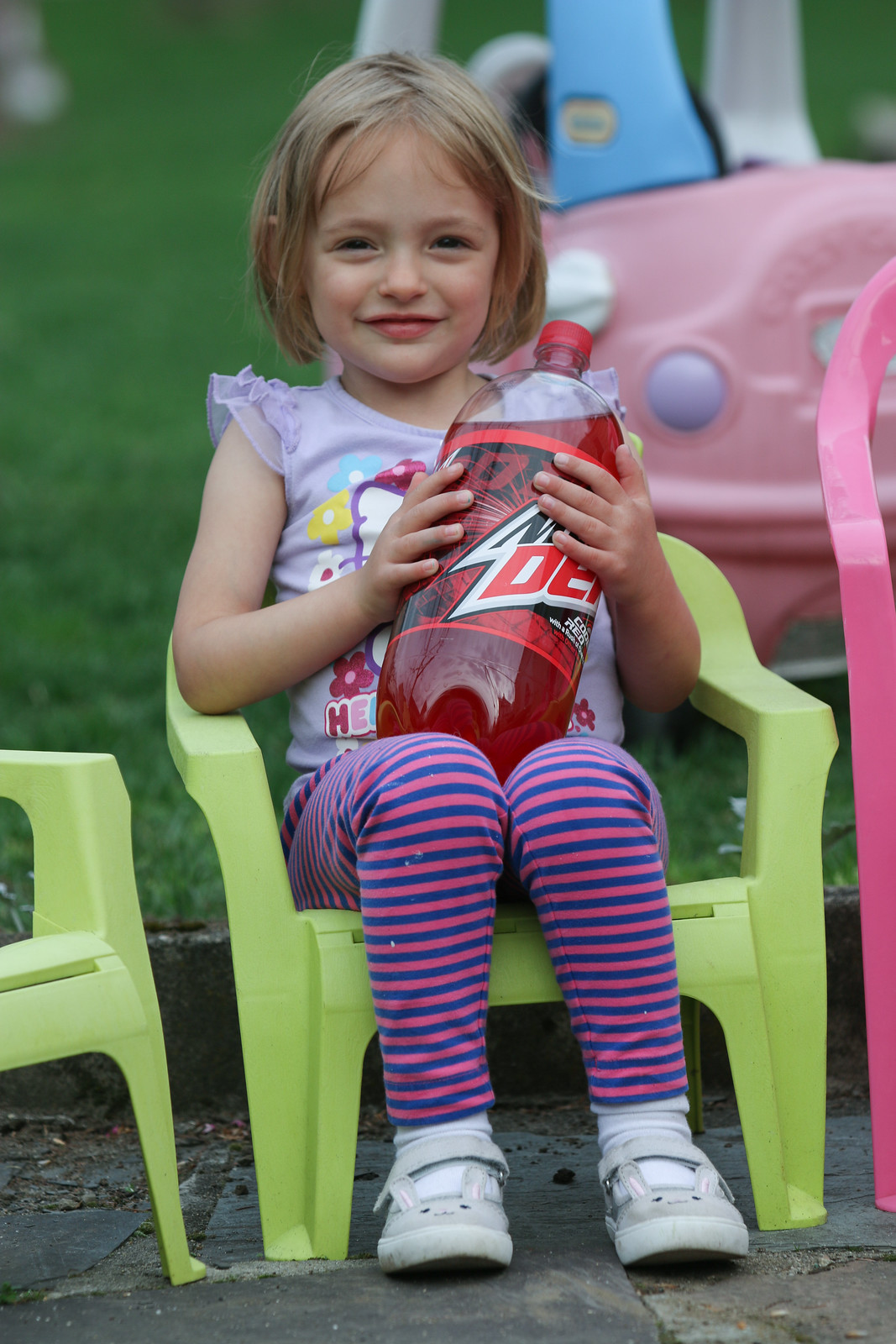 * no Mountain Dew Code Red was consumed during the making of this project.