The NICU at Beth Israel in Boston was on the 9th floor and the elevator took forever to come. I’d eventually find the stairs for solo trips, but in mixed company we waited for the elevator a lot.

After a few days they recognized our faces and would buzz us in, but we had IDs we wore around our necks as well. Once inside there wasn’t much hand-holding. I could walk up to you and change your diaper and begin the feeding process, but I could do that with anyone’s baby. That action was likely frowned upon. 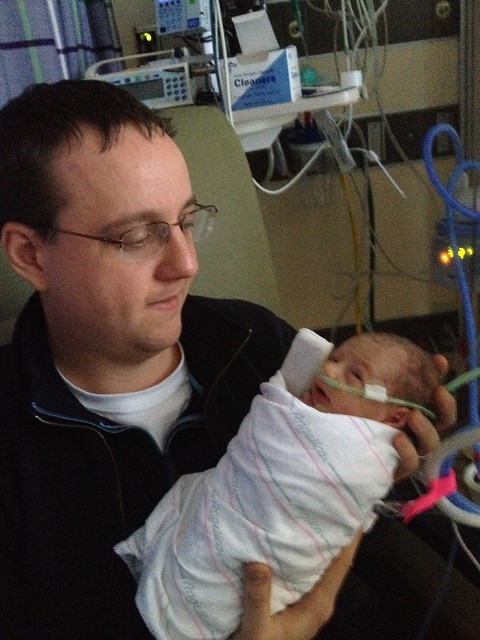 The NICU was filled with beeps and boops. It’s never silent and it always sounded like a fire drill, though the nurses always seemed calm. They knew what sounds to ignore and what sounds not to ignore. A nurse told me that there are certain beeps and boops that will cause all the nurses to drop everything and run. I never saw that, thankfully, though I’m sure it happened over these 21 days. 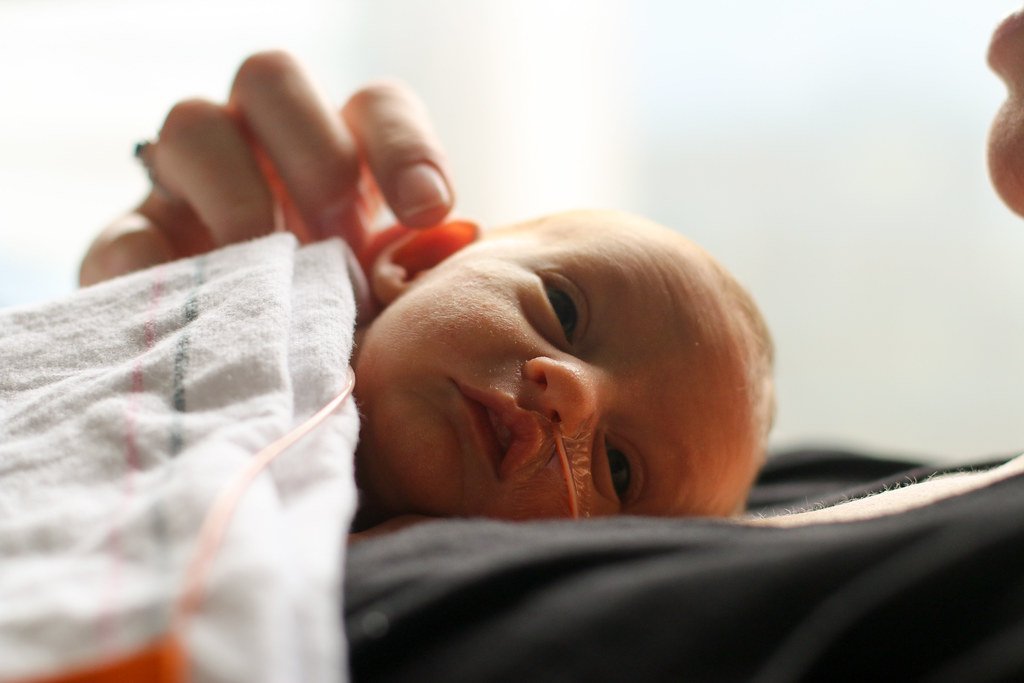 Changing your diaper was interesting, but not as challenging as it seemed at first. You’re connected to a dozen wires and tubes of varying importance, but nothing akin to a power cord that would shut down the whole show if unplugged. It wasn’t uncommon for me to tangle or unplug something, which would set off a series of beeps and boops, but a nurse would just come in a fix it for me. A NICU nurse needs to special in the art of untangling wires, as well as at least a bachelor’s degree in Nursing, I assume. 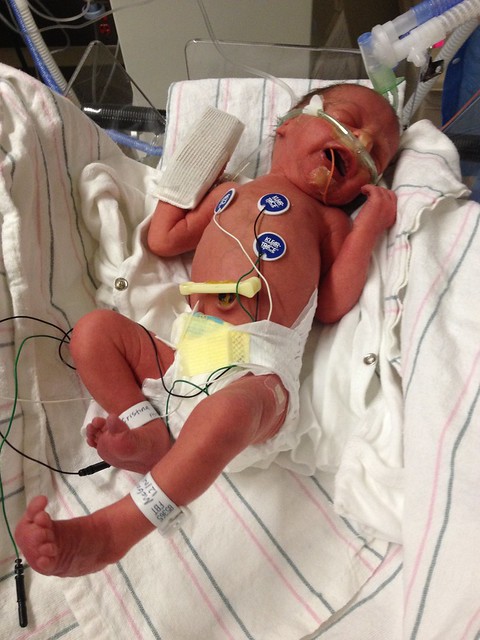 A few days into our daily visits we had our first family meeting with the head NICU nurse. I had made a few assumptions based on various hallways conversations which included the fact that it’s unlikely that we’d take you home before your due date (end of January). I was a bit shocked to learn that this was not the case. There were a series of milestones you’d need to reach, and then not have any surprise issues for a certain amount of days after those milestones are met, but there was no reason to keep you until your due date. That date was now arbitrary. The idea of bringing you home at this point was terrifying, but nothing about this experience could be scheduled on my Outlook calendar. You’d come home when you were ready. 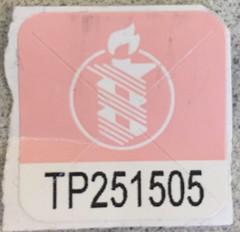 I have a way of worrying about trivial specifics when the overall complexities of the situation grow out of my control. I should have been worrying about spending precious time with a fragile child, or the long-term affect of prematurely, or whether or not the Ice Bucket Challenge would have a positive impact on ALS research and not just a “slacktivism” movement for millennials. But I was instead worried for a bit about the daily price of parking at the NICU; a fear that was quickly squashed as I learned that NICU parents were treated like parking royalty. I don’t remember the exact figures, but daily parking could run parents of full term babies around $30 per day while the NICU voucher knocked it down to $5/day. That tiny little pink sticker had a value of ~$25 and I truly felt like someone out there cared about me. They were the most valuable pieces of paper in my wallet for weeks. 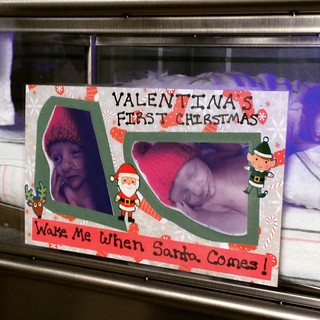 Christmas Day, 2014, wasn’t the Christmas that we planned to have a few weeks prior. I think we got a Christmas tree, but the decorating was cut short. On Christmas morning we visited you with your grandfather and grandmother, and for the first time, your uncles. It was 60 degrees out, somehow, and we went for a quick walk around Fenway Park. All we wanted was a cup of coffee that wasn’t made in a hospital, and we were unsuccessful. We were also unsuccessful in seeing another human-being in our Vanilla Sky-esq walk. New Years wasn’t exactly as planned either and we spend New Years Day as one of the only dinner goers in a usually-crowded spot next to Fenway Park. Our world was weird enough this month, so these desolate adventures in a typically-crowded area seem stranger in hindsight then they did when we were living them. 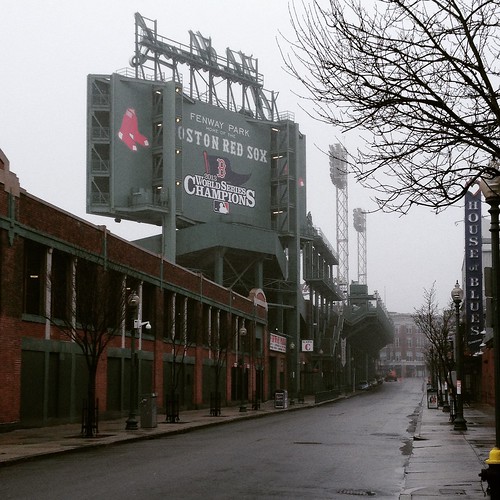 You had reached your milestones at this point so it was almost time to take you home. We now had a shopping list of items to get before they trusted us to do this on our own and the most challenging items were Iron and Vitamin D drops. For most of the stay so far I was a somewhat useless third wheel. But now was my chance to shine. I had to get these items before we could go home, and it wasn’t an easy as it sounded. It was a fun scavenger hunt that sent me over a mile away from the hospital. 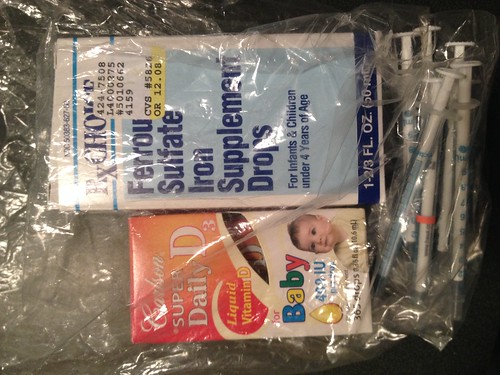 I got the items, and a rocket bottle of coke as a treat. We took you home on January 4th.