Valentina’s Origin: Episode IV — Section C (or not to see)

When I was around 10 years old I witnessed a moped accident from the backseat of a car in Martha’s Vineyard. An over-weight couple rounded a corner too quickly and hit the pavement hard. As we drove by I caught a glimpse of the man on the ground. His arm had a huge chunk of skin and flesh dangling an inch or two from his shoulder. I couldn’t look away. The inside of his arm was full of white blobs that looked like the shredding of styrofoam that I’d later realize were fat blobs. We drove away in slow motion but the image haunted me for years. I shouldn’t have looked, but didn’t know better. We didn’t stop to help, but we do go back to the Vineyard every year, and last time I checked he wasn’t still there, so let’s assume that someone else helped. 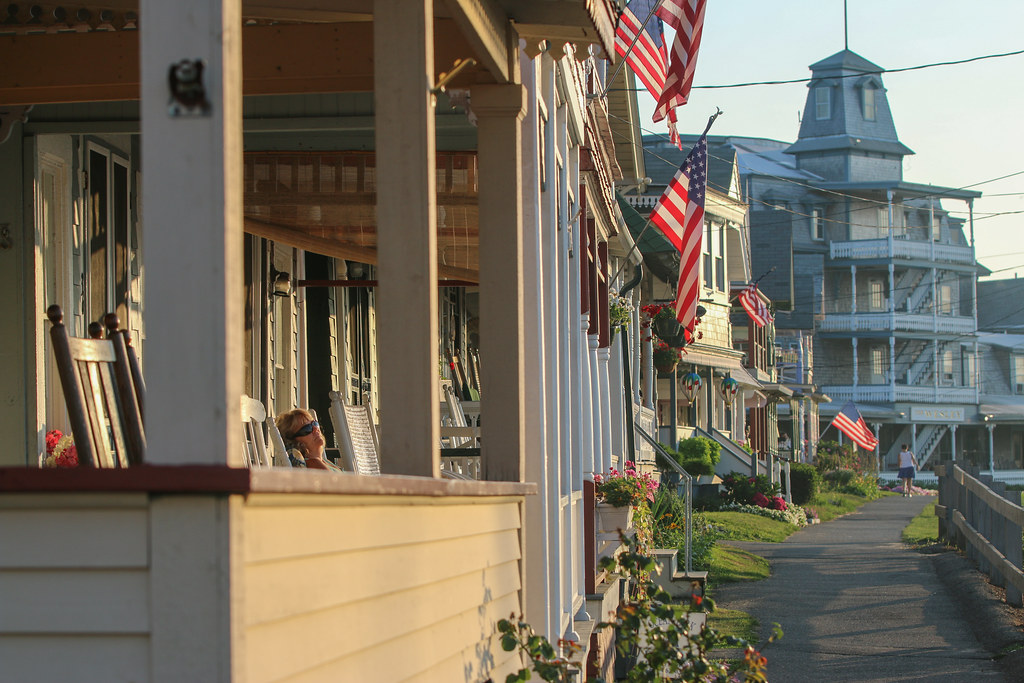 25 years later, I did know better not to look. As I walked over to your mother on the c-section operating table I covered my face with my hand before sitting by your mother’s face, behind the courtesy curtain. Your mother and I did our best to make small talk as the doctors performed the surgery on your mother. The doctors did the same and spent the 45 minutes discussing their ski trips. Your mother found their banter obnoxious, but I found it somewhat comforting. It meant to me that even through we were in the high-risk department of the hospital, the procedure was routine to them. 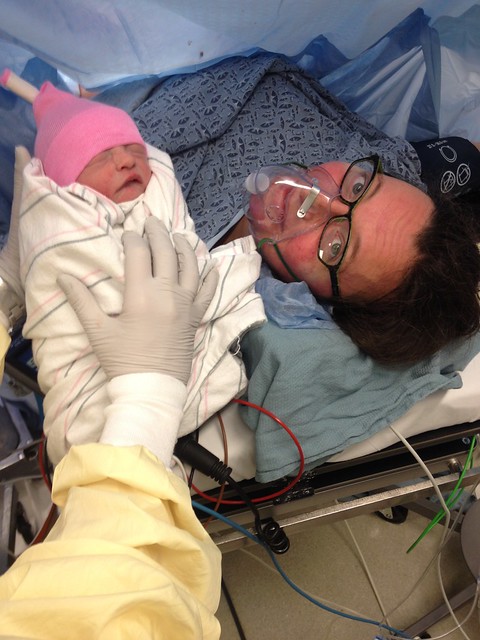 I didn’t do any independent research about our situation on the Internet. I didn’t see any good coming from it. When I thought of a premature baby I pictured a mouse-sized mini-baby with translucent skin, connected to wires, and an inspirational quote. I wasn’t thinking that premature babies come in all sizes, and I had no conceptual image of the difference between a 27 week and a 33 week preemie. When I first saw you, as a 33 week preemie, my first thought was you were giant. I expected to fit you in my pocket, but you were closer in size to a 2-liter of Code Red Mountain Dew (at least in my head). It was at this moment that I thought everything was going to be okay. You were done cooking and wanted out. Every nurse in the area smelled new baby and gathered around you on the table. There was no sense of urgency so they must have just liked babies.

You were wheeled away to other stations and rooms for tests and treatments. I followed but your mom stayed behind to have her organs put back in place, I assume. It was here that you were first weighed and the nurses asked me to guess. I had no idea, but guessed 4lb 6oz. They guessed 3lb 12oz. 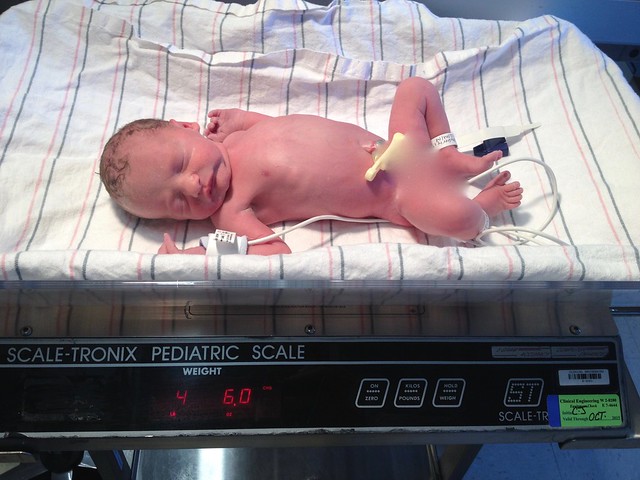 You turned out to be exactly 4lb 6oz and we all had a good laugh. Maybe I should have just done the rest of their job for them as I was clearly more adept at nursing, but I let them have their fun. I can’t believe the math actually worked out, but the weight of a 2-liter of soda is 4.41 lbs, or 4lb 6oz. You truly weighed as much as a 2-liter of Code Red Mountain Dew, for now. Maybe nurses should carry around more 2-liters of soda, for size reference and thirst reasons. 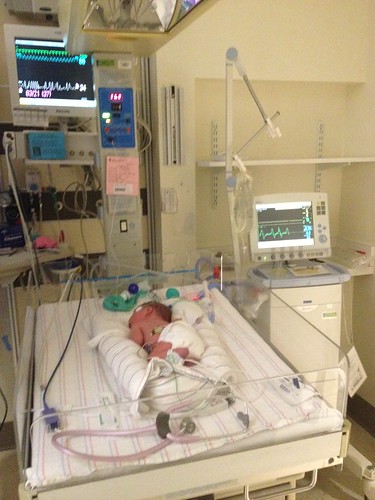 I’m sure there were more tests, but eventually you were wheeled into the NICU. This was my first real visit, and while friendly, it was terrifying. As you were rolled to the back of the NICU we passed by dozens of babies in incubators/torture devices of various sizes. Some were connected to blinding lights, oxygen tubes, and other pumping machines, but you were simply laying on a nice bed with a calm reading light. No wires, no oxygen, no glowing blue lights. When reporting back to your mother I told her how you didn’t need any of this stuff. You were in far better shape than all these babies on life-support. But I was still naive and didn’t realize that this was just the first step. You’d eventually need all this stuff and that was expected. 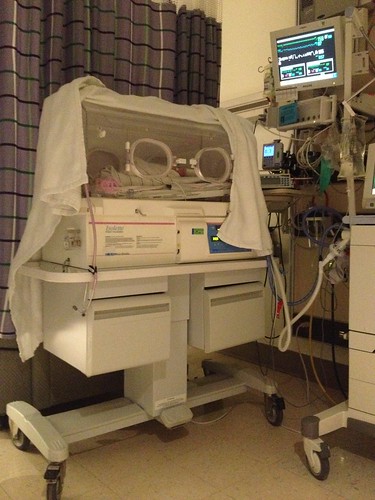 I didn’t go right up to your mother though. Even though the nurses were inept at guessing your weight I did trust them with your life, in general. Instead, I snuck out to the family room as I heard there were free sandwiches for the day’s Patriot’s game. It was sometime after 2PM at this point and I don’t’ remember the last time I had eaten. I was alone in the room, for now, and grateful for that.

After a few sandwiches our doctor came in the family room and sat down with me. We talked about how nice the room was and I made a comment about wishing there was a bar too. I think he smiled. He seemed to think everything went well though I didn’t ask too many questions about the dangers that could come later. There were some things I didn’t want to know. If we ever wanted a third child he said to first come and talk to him since we’ve already proven to be high-risk. A few sentences later he said that all they do is tell mothers at greater risk of preeclampysia to take aspirin daily. Did he just give away the secret? Would I still need to come all the way to Boston to meet with him just to have him tell us again that we’d need to take aspirin, and pay an additional co-pay? I considered the entire conversation topic of a third baby moot.

Eventually your mother got over her Preeclampsia as her liver and blood pressure returned to normal. But it would be 21 more days until we could take you home, which meant 21 more drives into Boston since we were no longer patients at the hospital. We checked you in to the NICU at Beth Israel.