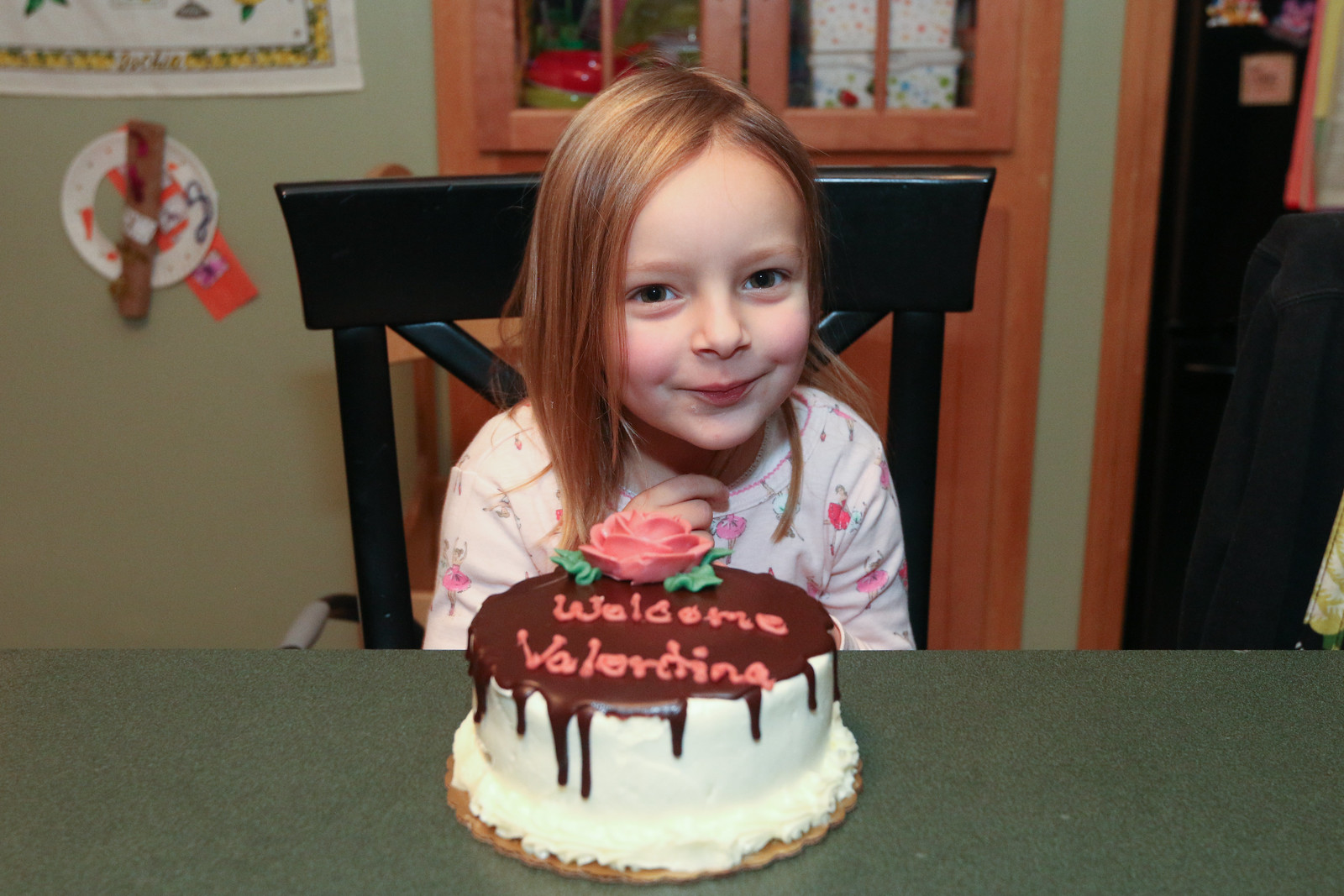 Your mother may disagree, but for the first few weeks after we brought you home things went fairly as-expected. You slept, you screamed and did all the normal baby stuff, just slightly smaller and sooner than expected. 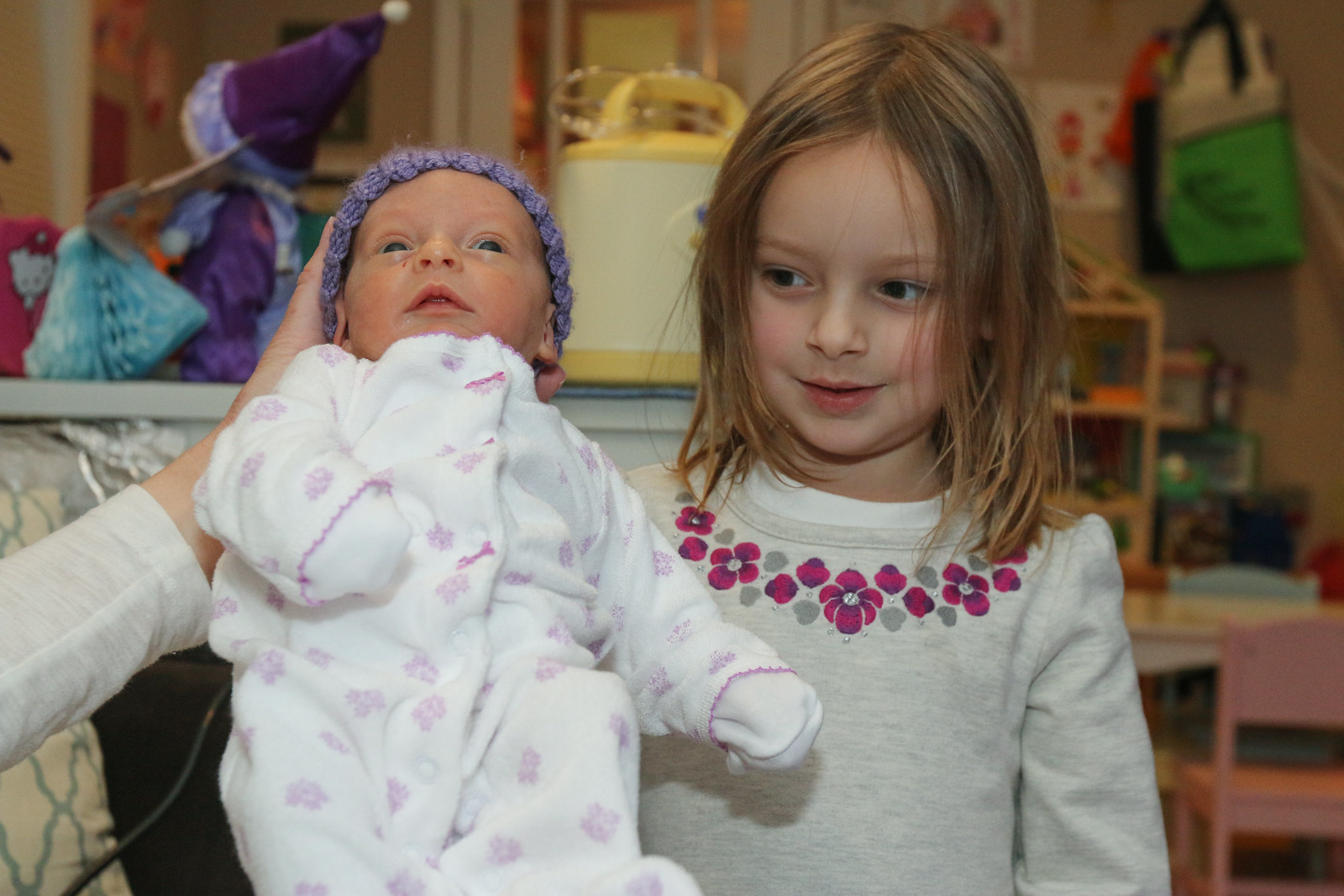 In mid/late January of 2015 you developed a cold that turned into RSV, a somewhat common but still serious cold that babies get. Because of your prematurely this meant a few nights in the hospital; our first visit and sleepover at Boston’s Children’s Hospital.

You and your mother took an ambulance so parking wasn’t an issue for them, but it was the first time I went to the Boston hospital area without going to Beth Israel and using the powerful NICU validation. But old habits die hard and I pulled into the Beth Israel parking lot since I still had the validation stickers in my wallet. I was parking at the NICU, using a NICU sticker, but not going to the NICU. I worried that the numbers on the stickers would link back to me, and someone would discover I was still parking there after my preemie had already been checked out. This act of harmless rebellion was the last time I ever used the stickers, though I still have a few today. No law enforcement ever came to my door, but every trip after that I parked at the Children’s parking garage. Actually, the pricing there wasn’t that bad.

RSV was the type of complication we prepared for and expected. We brought home a pre-term baby in the middle of cold and flu season. It was concerning, but seemed routine and always under-control. I returned home with Carmela before you and your mother were released so we could shovel out our driveway. Carmela was not very helpful. We were all home a few days, and one snow storm, later.

The first idea was that you were Tongue-tied, which is the past tense for ankyloglossia, I guess. Your tongue was restricted which could possibly prevent you from feeding well. It could also cause speech problems so we agreed to get the procedure done which consisted of paying $1500 to an oral surgeon to cut your tongue with scissors. It did nothing but give you another reason to scream. If you talk well now because of this procedure it was worth it, and you’re welcome.

A lactation specialist thought it was thrush so we found an over-the-counter option called Gentian Violet to treat the second incorrect diagnosis. It dyed you mouth completely purple, as well as anything that your mouth touched, as if you’d been nursing on a bottle of vintage Mountain Dew Pitch Black. I received a delighted call from your mother after this was first administered. You were happy, and smiling, and had a baby-like personality for the first time since we brought you home. We thought for a very short minute that this was the permanent cure to your problems. But in the end it was just the tiny bit of alcohol in the mixture that made you a bit baby-drunk. After you sobered up you continued your signature screaming.

The screaming led us to another clue as it gave us easy, but unpleasant, access to a view of the back of your throat. It was subtle but there was whiteness on your soft palate. It looked like a canker sore, but we were told that those were very rare for babies your age. We brought you to your pediatrician repeatedly, but it became clear they just didn’t have an answer for us.

It’s common to have to wait a while to see a doctor, and that’s especially true while waiting for a pediatrician. In these cold winter months we often covered your car seat with a thin receiving blanket. Your screams went through it like a knife through butter, but we couldn’t see you. You screamed your way to a pediatric visit, and when I uncovered the blanket what I saw was a scene out of a horror movie. Your face was completely covered in blood. Showing a blood-faced baby to the receptionist is the pediatric version of a fast-pass. We were seen right away, but the nervous anticipation didn’t turn into laughter as it did on the Tower of Terror.

They thought at first that your screams had irritated the recent cut from the tongue-tie surgery. But that wasn’t the source. It seemed to be coming from your soft-pallet again. This mysterious source of pain was the root of everything wrong with you at the moment.

Your pediatrician was still stumped on what it was, but she knew of something called the “magic mouthwash”, which is a concoction of Lidocaine, Mylanta, and Benadryl. She also knew an expert in the building that she wanted us to see. In the movie version of this story she’d just walk over and grab the guy and we’d see him after some quick transitional music. In the real-life version she’d give us a number to call during business hours and we’d schedule an appointment to see this throat wizard in 4 to 6 weeks. For some reason, luck was on our side and we experienced the movie version, minus the transitional music. To our surprise, she just walked over and was back in less than 15 minutes with the expert. I guess he wasn’t busy with other throat-related doctor stuff.

The expert throat doctor told us about the magic mouthwash, again. Your pediatrician cut him off during his explanation, seemingly to show us that, she too, was of expert caliber. He didn’t know what it was either, and suggested that if it doesn’t get better in a few weeks that we should go to Children’s Hospital in Boston. Your mother knew that nothing magical would happen in 2 weeks and she made an appointment in Boston for later that week.